The West Virginia State Penitentiary is an imposing, gothic style prison located in Moundsville, WV. It operated from 1876 to 1995. Now open for tours, it stands as a monument to a bygone era, and provides ongoing testimony to man's inhumanity to man. 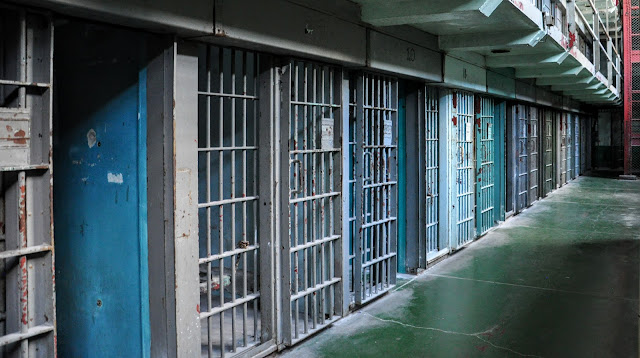 The town of Moundsville is interesting in its own right, having derived its name from several Adena Indian burial mounds constructed more than 2000 years ago that are located in the area -- including the largest conical burial mound in North America, Grave Creek Burial Mound, right across the street from the penitentiary. Ironically, Moundsville is a land of sacred pasts.

In 1863, West Virginia seceded from Virginia at the height of the Civil War. Unfortunately, as a new state, it lacked public institutions, including prisons; After nine inmates escaped in 1865 from county and temporary facilities, the local press took up the cause, and the state legislature took action. On February 7, 1866, the state legislature approved the purchase of land in Moundsville for construction of a new prison. 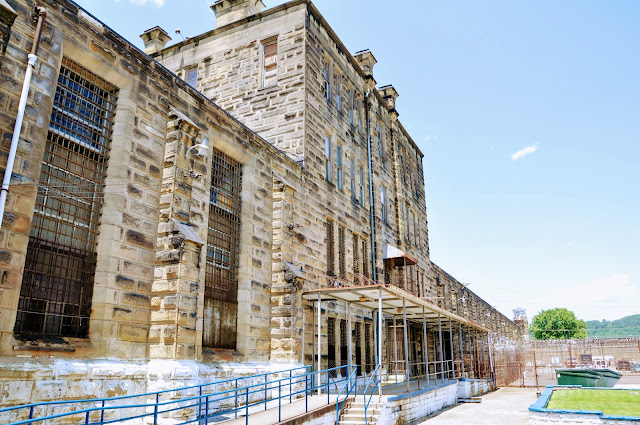 The prison inmates themselves built the facility, taking a full 10 years to complete, in 1876. When completed, the total cost was of just over $363,000. In addition to the North Wagon Gate, there was now north and south cell blocks. South Hall had 224 tiny cells (7 ft. by 4 ft.), and North Hall had a kitchen, dining area, hospital, and chapel. A four-story tower connecting the two was the administration building, and provided space for female inmates and personal living quarters for the warden and his family. 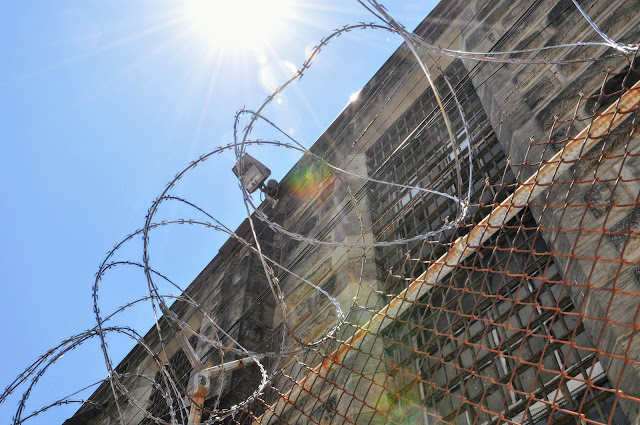 The facility officially opened in 1876, and held 251 male inmates, including some who had helped construct the very prison that now held them. After this phase, work began on prison workshops and other secondary facilities. 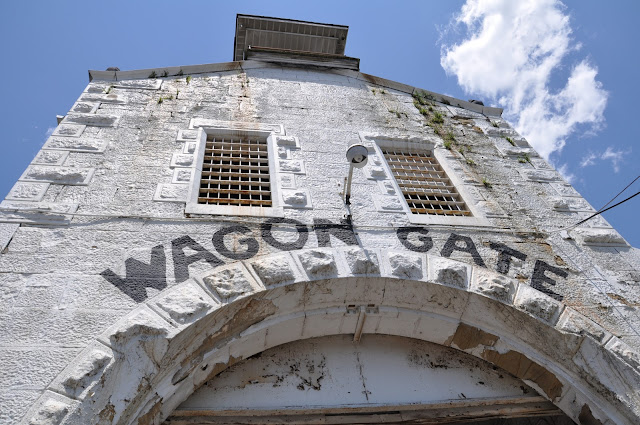 The 90-minute tour takes you through the prison yard to the North Wagon Gate, where the public hangings occurred through the 1930s. The first execution took place in 1899 when the state assumed the responsibility of capital punishment from the counties. Hangings continued until 1949, with a total of 85 men executed by this means. From 1951 to 1959 nine men were electrocuted in the chair cleverly known as “Old Sparky,” itself designed and built by an inmate. (West Virginia abolished capital punishment in 1965.) 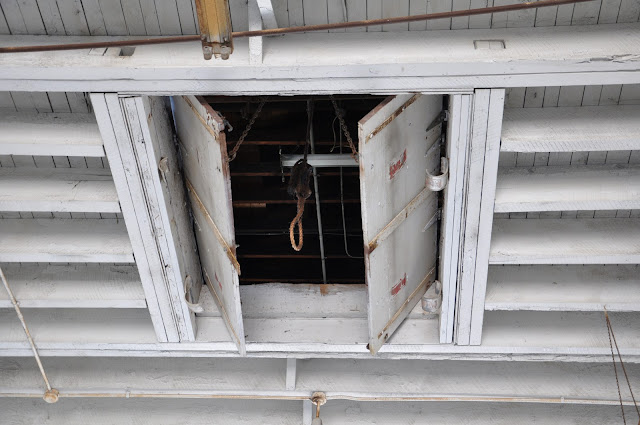 Next, the tour led us over the site of the old Death House (now a basketball court) to North Hall Cell Block -- also nicknamed the Alamo (because so few emerged alive), through the first floor of the administration building, to the South Hall cell blocks. From there we strolled out to the South prison yard and then into the Sugar Shack, a basement space that served as a recreation area for prison inmates and was virtually unguarded. 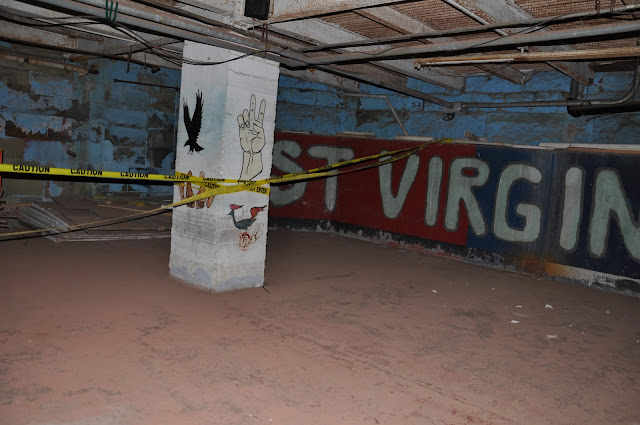 Interestingly, throughout the prison are samples of inmate art. 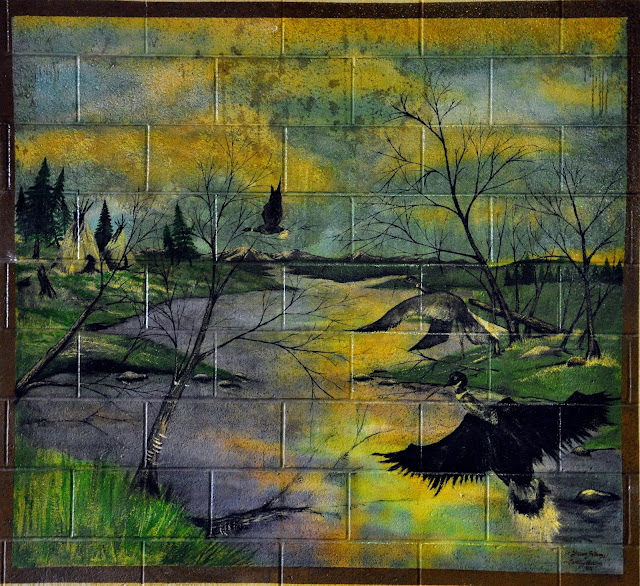 Conditions at the prison during the turn of the 20th century were good, but deteriorated by the second half of the century as the inmate population surged to more than 2000. Inmates were housed three to a cell. The North Hall cell block was particularly horrific and was where the worst of the worst were housed. Correctional officers wore riot gear to go about their daily jobs, and were pummeled by urine, feces, and miscellaneous other objects hurled at them.

Un-air conditioned and all but unheated, both the inmates and the riot-gear dressed correctional officers sweltered in the summers, and froze in the winters because the heating system was so very inadequate. There was a series of riots -- giving the prison the well-deserved reputation of being one of the nation's most violent. Eventually, it was shut down completely by 1996, and the remaining inmates shifted to other correctional facilities throughout the state. 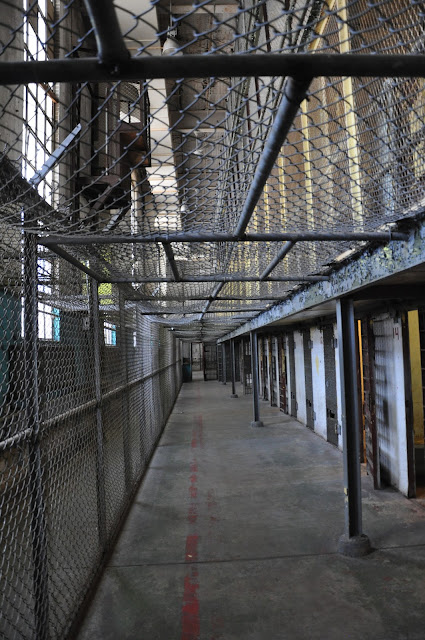 Outside of town is the prison cemetery, where many of the men who died on the location were interred, either because they had no known family, or their families refused, in anger or shame, to claim them. Although not officially on the prison tour, we felt that an understanding of the penitentiary was not complete without a visit to White Gate Cemetery. 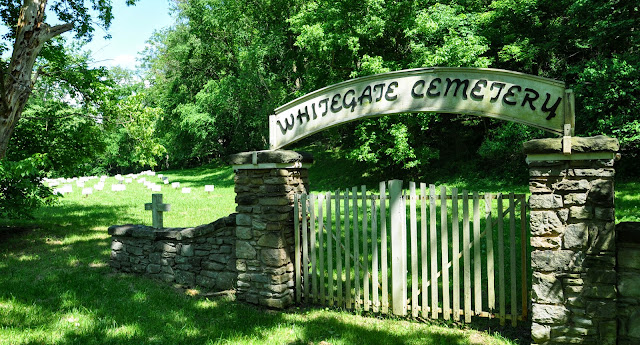 It is a lovely spot, alongside a stream, the woods encroaching upon the graves, most of which are identified.

For a great aerial tour  of the facility, click here. 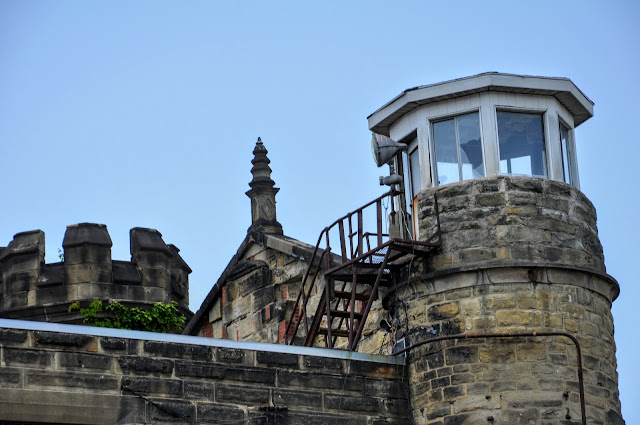