Forest bathing -- essentially just being in the presence of trees -- is the practice of taking a short, leisurely visit to a forest for health benefits. The practice originated in Japan where it is called shinrin-yoku (森林浴) in Japanese. The Japanese practice of forest bathing is proven to lower heart rate and blood pressure, reduce stress hormone production, boost the immune system, and improve overall feelings of well-being. To properly forest bathe, you simply are in the forest. No hiking, no fitness goals. Just sit, or meander, but overall, just relax and take in the trees. 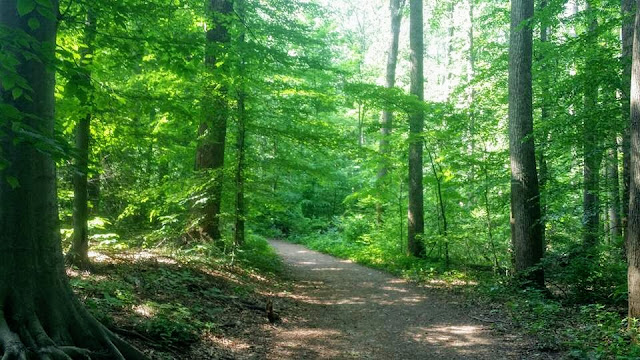 I'd read about shinrin-yoku a couple years ago, and then just encountered a Washington Post article about the practice. As we entered Scott's Run Nature Preserve, I was awe-struck by the beauty of the mature trees and the green surroundings. I immediately thought of forest bathing -- this was it. I immediately felt surrounded in comforting green, a leafy bower that both stimulated and soothed. The WaPo article lists possible explanations for forest bathing’s soothing effects, one of which involves our sense of awe when viewing natural beauty, which made sense, given my first reaction to Scott's Run. 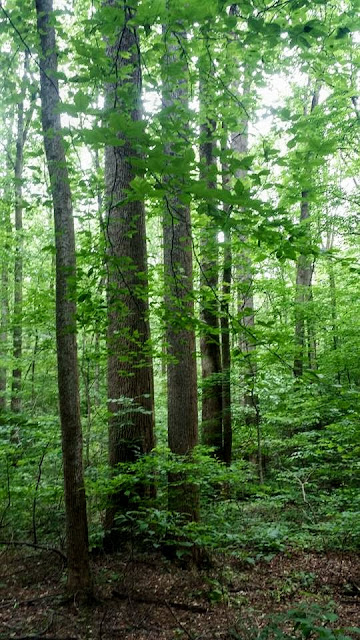 Scott's Run Nature Preserve is a nature preserve in Fairfax County, VA. Located in McLean, it is bordered by VA State Route 193/Georgetown Pike to its south, Interstate 495 to its east and the Potomac River to its north. In the heart of northern Virginia suburbia, it's easy to get to, and only minutes off the Washington Beltway. It's 336 acres of woodland is bordered by its namesake, Scott's Run, flowing through its west side. While you're walking in the preserve, you'll often hear the river, falls, and lots of birds. Only to its southeastern portion do you hear faint noise from the roads that surround it. 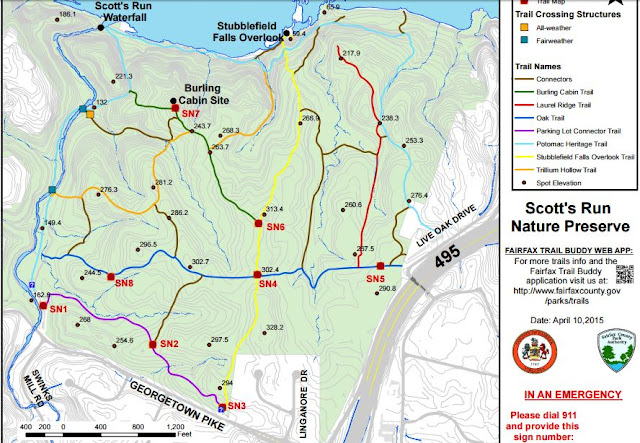 But we weren't there just to forest bathe amidst the trees. We were there to explore and hike. There are a number of trails throughout the preserve, leading to various overlooks, waterfalls, and the ruins of the former owner's cabin. We parked in the eastern parking lot -- mostly because we happened upon it first. Parking was tight -- it's the smaller of two parking lots. From there we took the yellow trail to Stubblefield Falls Overlook. 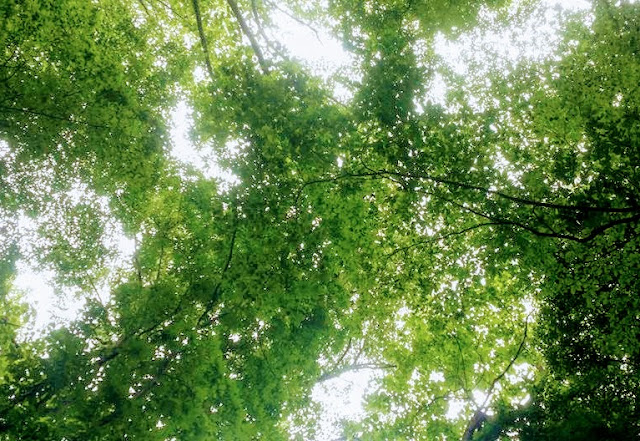 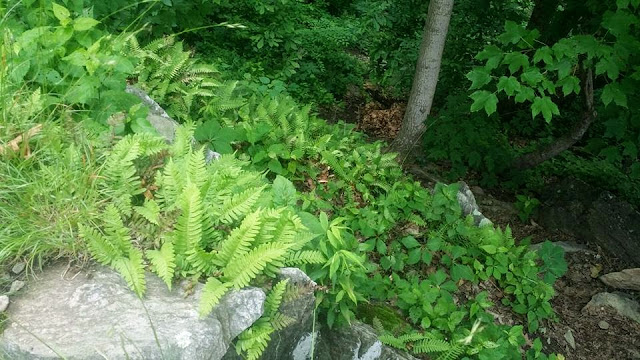 Some of the park’s trails are gentle and wind quietly through forest. Other trails require hiking up and down precipitously steep hills and cliffs, both challenging and fun.

If you are looking for solitude, then park in the eastern parking lot, and head up the yellow blazed trail. You may pass an individual or two but no more than that. The western parking lot will typically be more crowded (but is bigger); most folks seem to head down the path that runs alongside the park's name sake: Scott's Run, down to the falls -- in fact, the bulk of the folks we encountered in the preserve was in this section. Although you'll encounter quite a few folks, it doesn't impinge on the great experience. (As with all urban/suburban parks, it is quite difficult to actually experience solitude.) 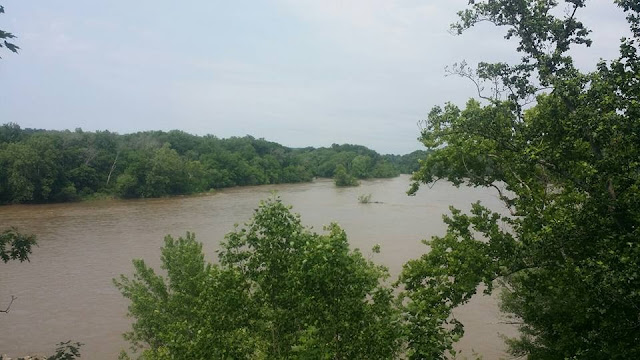 There's an interesting story about the preserve -- it grew out of a citizen uprising of sorts, power of the people and all that! The establishment of the park was a battleground during the formative years of the nation’s significant growth in environmental awareness. Before the property was owned by Fairfax County, it belonged Edward B. Burling. During the 1920s, Burling purchased the land for $200 an acre and built a cabin on the north side. He used the property for relaxation and informal business meetings. 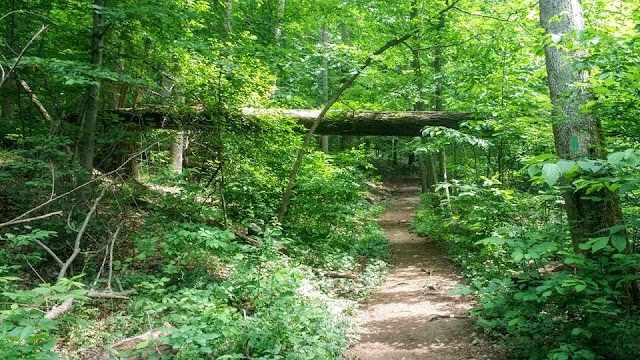 After Burling's death in October 1966, his descendants sold the property to a developer, which planned to build 309 luxury homes on what was known as the "Burling Tract." When Elizabeth Miles Cooke, who lived next to the tract, noticed it was slated for development, she help organize an opposition. 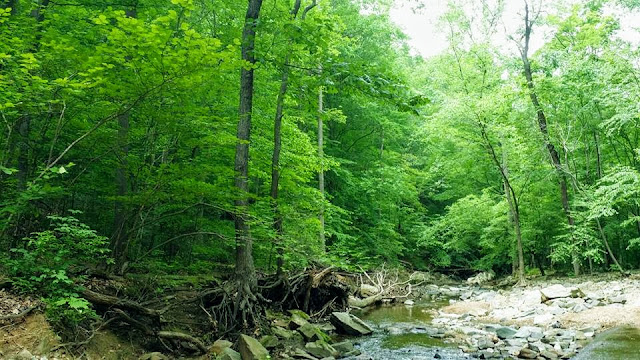 After a lengthy debate between citizens, the Virginia Governor, several U.S. senators, developers, and local organizations, voters opted to raise their taxes in a referendum on 14 July 1970. The measure would secure $1.5 million to help purchase the land. An additional $1.5 million in funding was provided by the Department of the Interior and $0.6 million from state and local governments. In early September 1970, the tract was officially purchased by Fairfax County for $3.6 million. 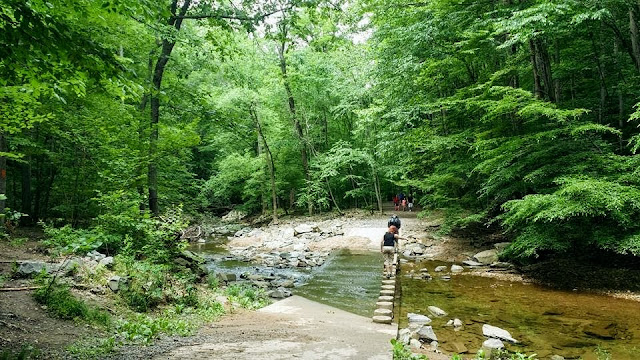 So, thank you Elizabeth Miles Cooke and her fellow activists, for ensuring this tract of land is here today for all of us to enjoy shinrin-yoku.

Know before you go: There are two entrances into Scott’s Run off of Georgetown Pike with small parking lots and trailheads leading into the stream valley park. One entrance sits alongside the stream (Scott's Run), and the other has trails leading to the bluffs above the Potomac River. 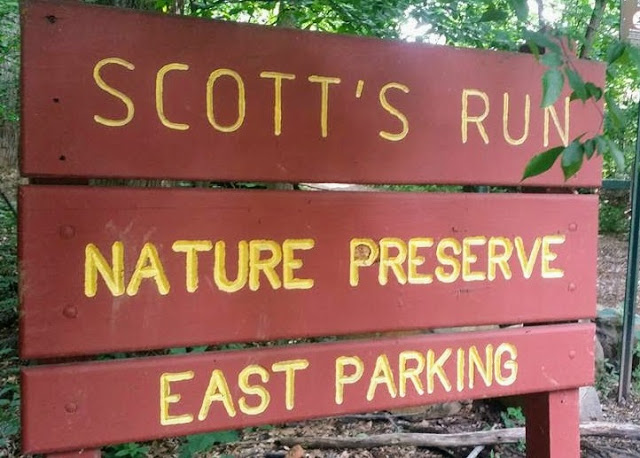 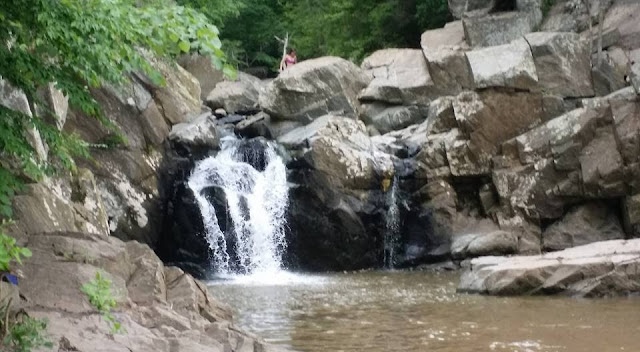