A New Look at a Lake Revisited 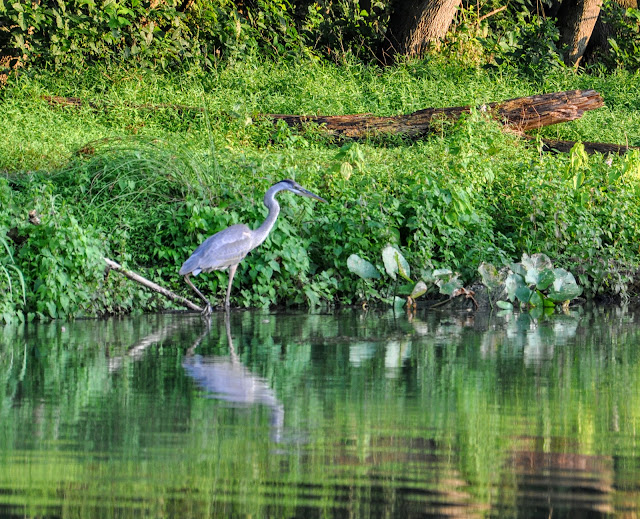 I've been visiting Lake Elkhorn, in Columbia, MD, for longer than two decades. Years of walking dogs around the lake has made the lake familiar and comforting. It's one of my favorite places in Columbia, and despite its local popularity, it's restful and relaxing. 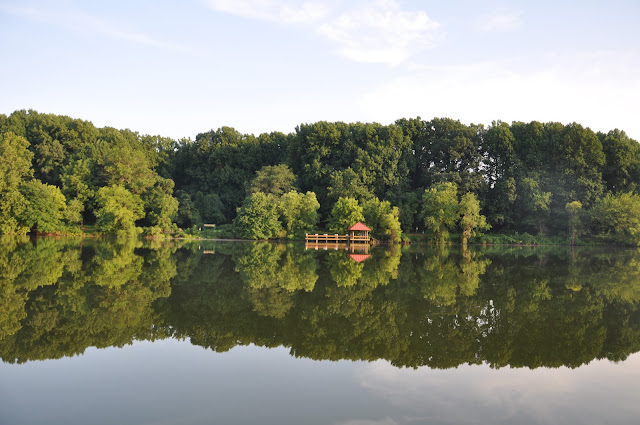 Lake Elkhorn is a 37-acre reservoir located in the Owen Brown area of Columbia. It is Columbia's third and largest lake. Its main features are a small dam and a park with a picnic pavilion. It is surrounded by a park and townhouses. The lake, which was built in 1974, is named for the Elkhorn branch of the Little Patuxent River.


Columbia's network of bicycle paths connect Lake Elkhorn with the rest of Columbia -- you'll frequently encounter bicyclists (mostly polite) on the paths around the lake.

But recently, I experienced Lake Elkhorn differently -- from on the water rather than from the shore. We spent little over an hour paddling from one end of the lake to the other, enjoying the evening and the changing vistas.

In addition to the lovely scenery, you are likely to see great blue heron, Canada geese, ducks, green heron, and very probably beaver.

Know before you go: To kayak on Lake Elkhorn you must bring your own -- there are no kayak, canoe, or paddle boat rentals available. There are two boat ramps for canoes and kayaks.

Hours: Whenever, but best when it's light out!

Have you daytripped somewhere interesting? I'd love to hear what you're doing! Email dayt[email protected] if you're interested in being a guest-blogger! 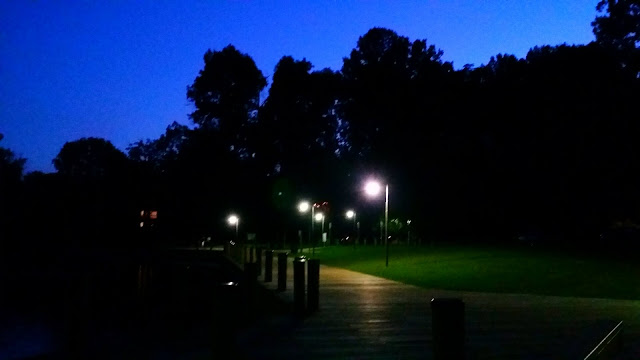