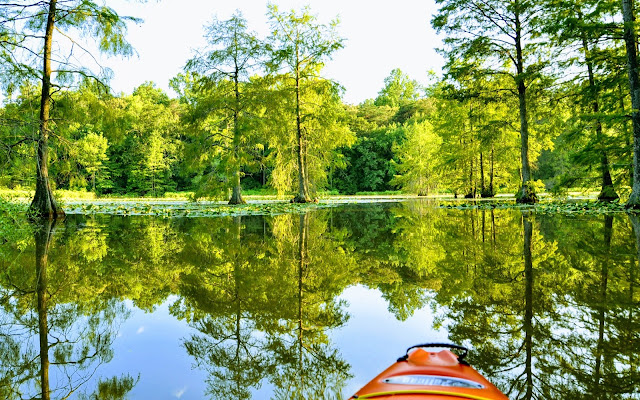 The lumbermen extensively altered the morphology of the wetland, damming its outflow to create power for a small sawmill to cut the timbers, creating what is now Trap Pond -- named after the Trap Mills.

Years later, the pond grew as nearby farmers laid down drainage tiles to drain their wetlands for agriculture. After the old-growth cypress timber had been harvested, the pond and adjacent surviving wetlands were re-used as the drainage sump for the surrounding farmers of Sussex County. 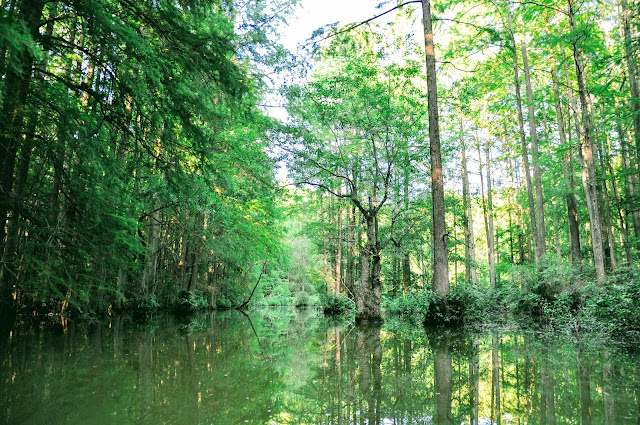 The Federal Government later purchased the pond and surrounding farmland during the 1930s and the Civilian Conservation Corps began to develop the area for recreation. Trap Pond became one of Delaware's first state parks in 1951. It is now a popular and highly visited area. Trap Pond is also known for its outstanding beauty, and is a popular destination for photographers. The photos practically take themselves, so I can see why! 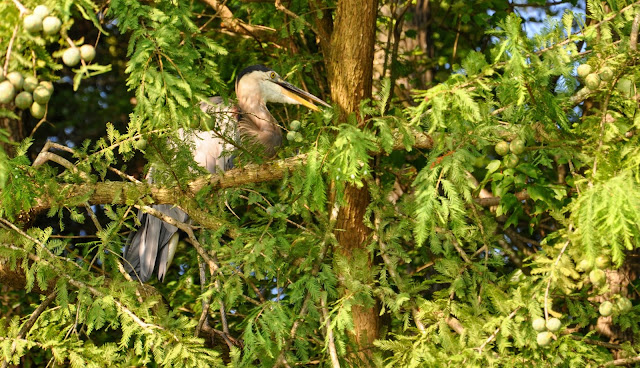 Our route started at the boat ramp, just before you enter the park. From the boat ramp, we paddled to the left, or east(ish) to Terrapin Branch, entering that. After paddling up it for a bit, we turned around, once again entering Trap Pond and navigating through a few stands of bald cypress. Again, we headed left, circumnavigating its shoreline, eventually reaching the boat rental area; from there we crossed the lake back to the boat ramp. 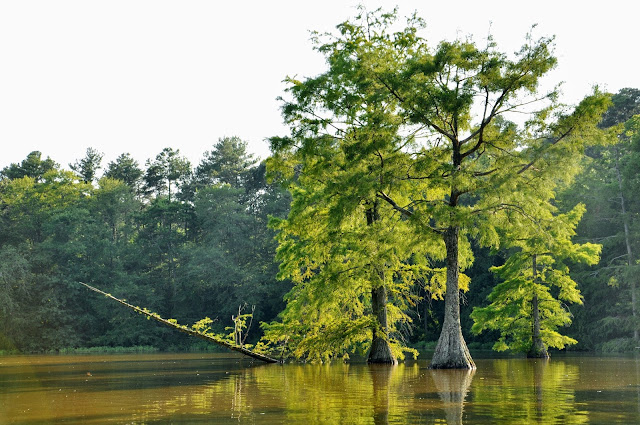 Birdwatching is a popular activity and you don't have to be too observant to spot a great blue heron, green heron, owl, hummingbird, warbler, or bald eagle. You might even spot the elusive pileated woodpecker -- although we didn't. We only noticed herons, ducks, and swallows while we were there. 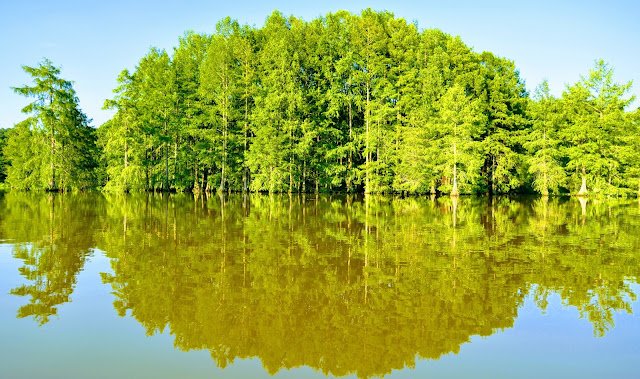 Know before you go: Bug spray is a must. At one point, we kayaked through a stand of water lilies and came out COVERED with bugs, presumably mosquitoes. A check a few hours later: only one bug bite each -- and my husband's bug bite was due to the angry spider living in our kayak when it was in the garage! 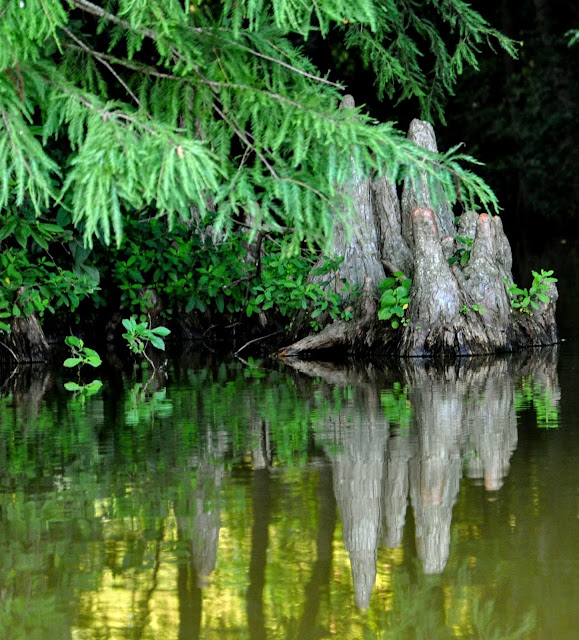 Dogs: But of course.