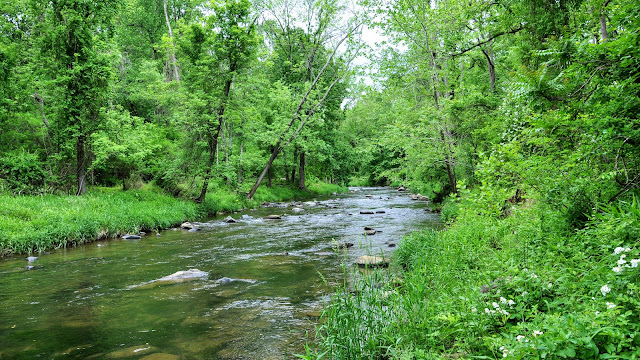 Established in 1959 to protect the Gunpowder River and the Big and Little Gunpowder Falls, Gunpowder Falls State Park is now one of Maryland’s largest state parks. With more than 18,000 acres in Harford and Baltimore counties, Gunpowder’s narrow corridors host a varied topography ranging from tidal wetlands to steep and rugged slopes. 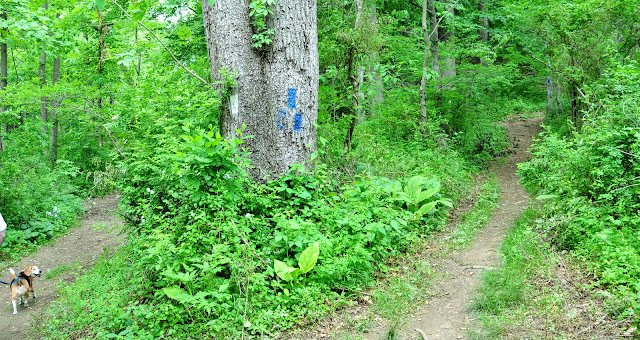 My first foray into the park was a 4.5 mile Jerusalem Mill loop hike. 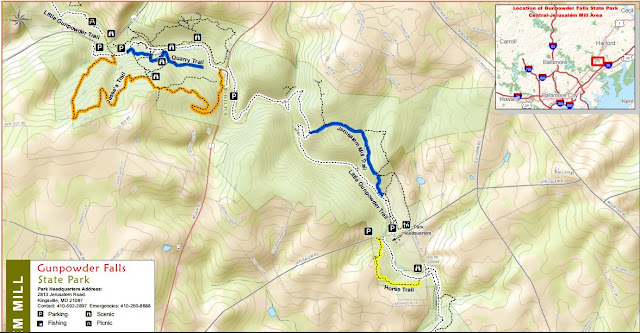 Jerusalem Mill Village is a living history museum that spans the 18th through early 20th centuries. One of the oldest and most intact mill villages in Maryland, Jerusalem is located in Harford County, along the Little Gunpowder Falls River. It now serves as the headquarters of the Gunpowder Falls State Park. 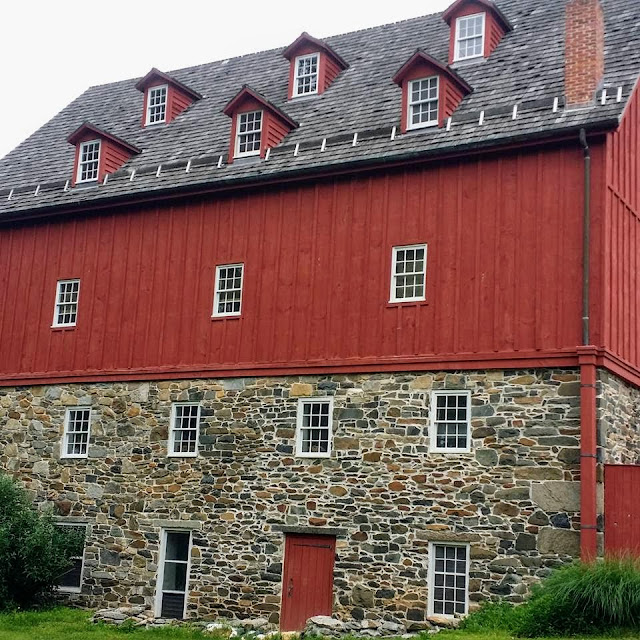 Our plan was to leave from historic Jerusalem Village and follow the floodplain of Little Gunpowder Falls, then return to explore the Jericho Covered Bridge. In fact, you can spend hours in historic Jerusalem Village alone. History AND hiking = woot! The grist mill, now Gunpowder Falls State Park headquarters, was built in 1772 and continued operations until the last miller died in 1961. 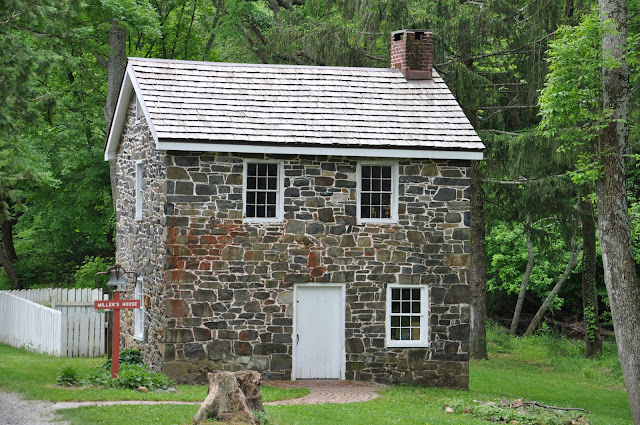 The village functioned at a Quaker village into the early 20th century. Evidence suggests that David Lee and several of his Quaker neighbors carved black walnut stocks and assembled rifles for the Continental army in the gunshop that stands behind the gristmill. During the Civil War, on July 11, 1864, Harry Gilmor stopped at the General Store in Jerusalem Mill, now popularly known as McCourtney's, capturing supplies and horses, as part of Gilmor's Raid. 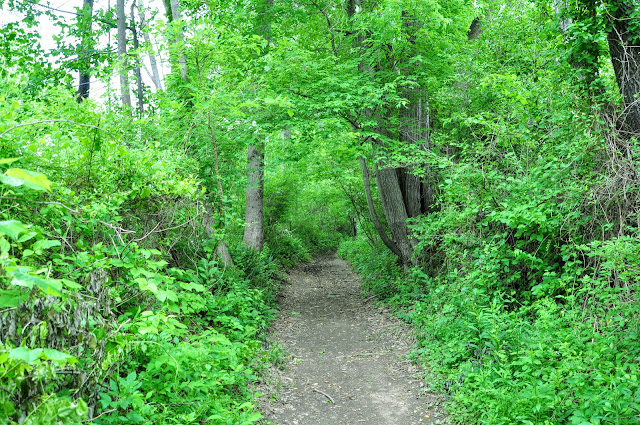 After the Civil War, the buildings in the village were gradually leased out and sold. A succession of owners operated the gristmill until 1961, when it was then purchased by the State of Maryland to be part of the Gunpowder Falls State Park. 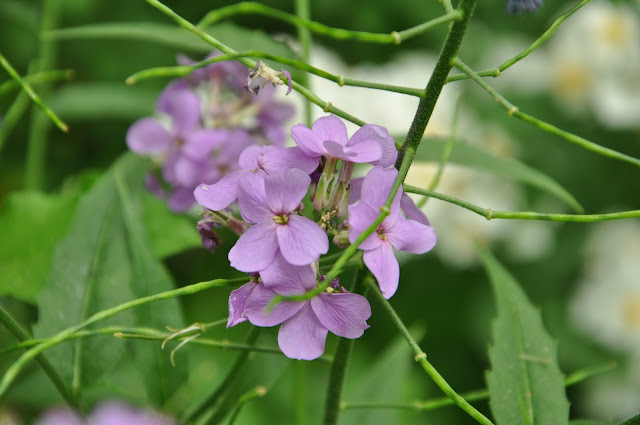 We picked up the trail behind the blacksmith shop, following the white blazes along Little Gunpowder Falls River. The first thing you notice are the purple wild phlox and the sweet wild white rose blooms. As you head in, keep your eyes peeled for indications of colonial history -- the old millrace actually forms part of the trail for a while. 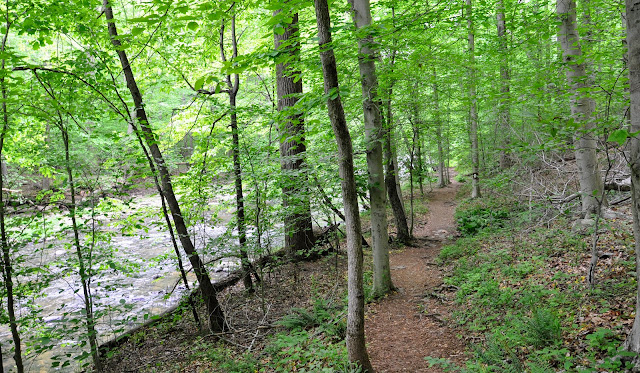 Initially the trail has cedar chips and packed dirt, but at approximately 150 feet the trail makes a hard left toward the river, which you'll then end up following upstream for quite a while, enjoying lovely views of the river to your left, and the woods and sloping hillside to your right. The hike isn't strenuous, but it isn't flat, either. Small hills and slopes will get your heart rate up, without proving to be undoable. 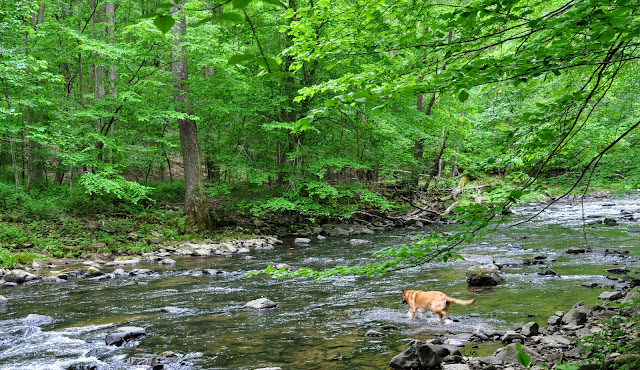 In addition to the river and forest, the trail will take you past a bog filled with cattails, ferns and wildflowers, ford creeks. We followed the white blazed trail outbound, then on our way back, picked up and followed, mostly on purpose, the blue blazed trail, which took us past the powerline clearing, over a creek with some wibbly-wobbly (but doable) stepping stones, and ultimately through a field back to our vehicle. All in all, quite an enjoyable hike. 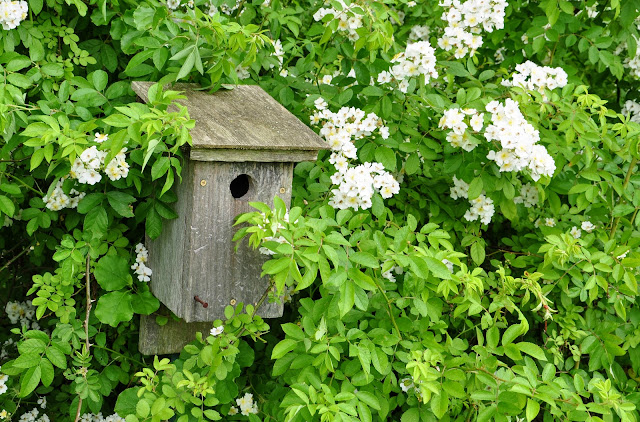 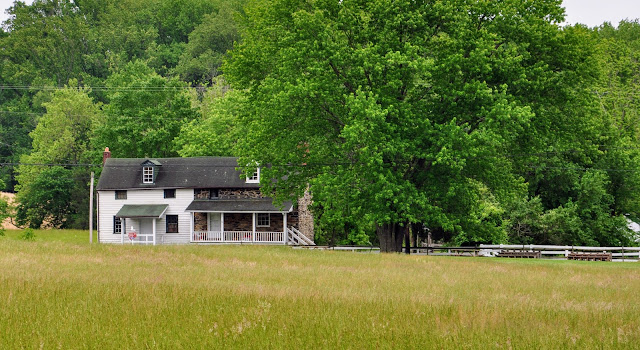 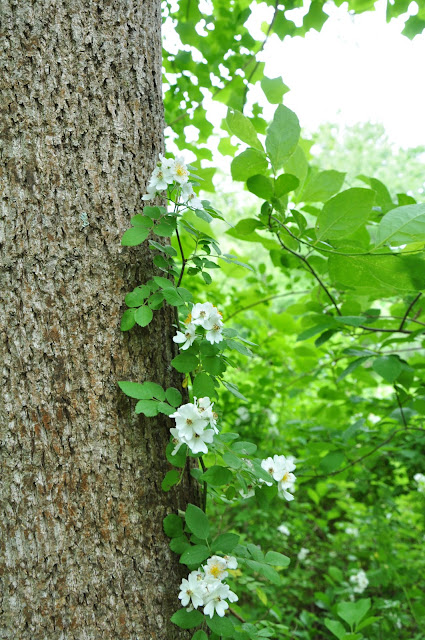