The Nanticoke River is the largest Chesapeake Bay tributary on the lower Delmarva Peninsula, meandering gently through marshland, forests and farmland, on its journey from southern Delaware to Tangier Sound in Maryland. The Nanticoke watershed is also the most biologically diverse watershed on the Delmarva, and is home to the highest concentration of bald eagles in the northeast. That made it a natural choice for my husband and I to explore as our second major kayaking excursion.

The Nanticoke River offers excellent opportunities for paddlers to explore its history, beauty and to catch a glimpse of the wildlife that call it home. Despite the river's importance, the area remains largely undeveloped. It is still a rural landscape, allowing the river to remain as clean and healthy as it is.
Wetipquin Creek is a relatively short, meandering tributary of the Nanticoke. When you set out from the Wetipquin Park, which offers parking and a boat ramp (and, importantly, a portapotty), the Nanticoke River will be on your left. Head right, paddling beneath the Wetipquin Road Bridge. 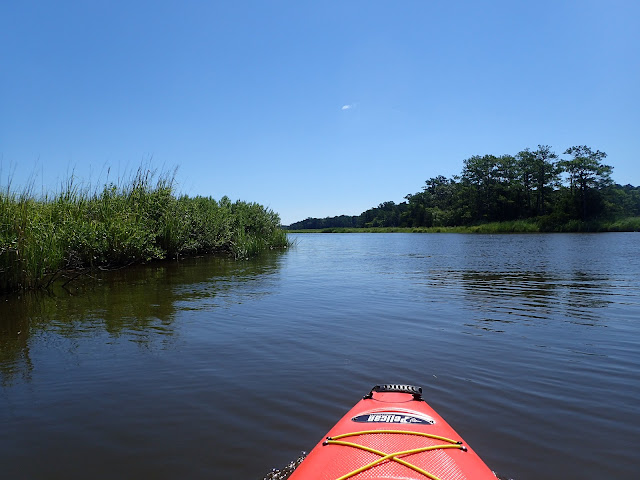 Once on the other side of the bridge, you'll notice that the creek splits. The northern fork -- or left fork -- is the main stem of Wetipquin Creek and that's the one we decided to explore. he creek is approximately 3 miles from the Nanticoke Bridge to the Wetipquin Road Bridge as the crow flies, but it would have been more like a 4 mile paddle upstream had we gone all the way.

About three miles upstream, just past Horner Gut, we saw the Long Hill Plantation on the left bank. This historic plantation was built by a man named James Dashiell in the mid-1700s and remained in his family until 1884.

It took us little over 2 hours to paddle just over 3 miles -- just past the plantation, and as relatively inexperienced paddlers, we were exhausted. It was a windy day and we had been fighting the current the entire way, paddling upstream. We turned the kayak around, and let the current help us paddle our way back to the boat launch. All in all, we spent just over 3 hours exploring the creek, a lovely summer afternoon all around.

Wetipquin is a beautiful paddle, along salt marshes and forests. I felt, as we were paddling along Wetipquin Creek, that we were traveling through a landscape that had remained unchanged for hundreds of years. From the water, all we could see were the salt marshes that line the water way, sometimes backed by tall trees and forest. Most other signs of civilization were hidden behind the tall reeds of the marsh.

We either spotted one eagle, which seemed to follow us along the creek, or three or four that swooped above us along the way. One particularly thrilling moment occurred when an eagle swooped just 50 yards in front of us, quickly soaring away into the distance. 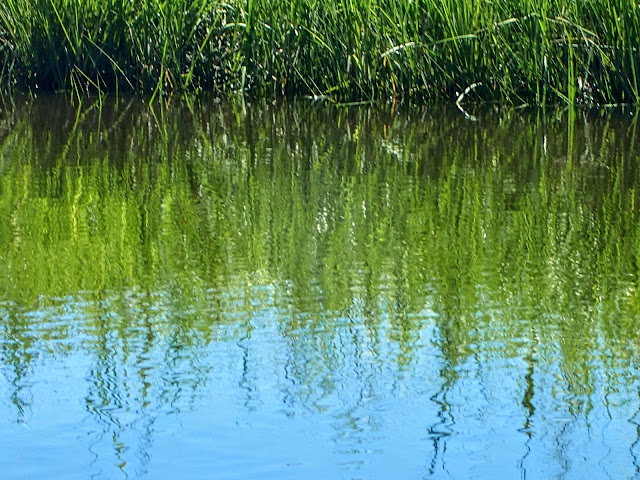 To explore this creek, you will need your own canoe or kayak. The upside of that, however, is that you are unlikely to see other folks while you're out on the water, although we did encounter a motor boat (probably someone just looking for a good fishing spot) headed up the creek as we returned to the boat launch.

We plan on returning, to explore the smaller fork, which is called Tyaskin Creek. Interestingly, historically, this area was an important source of fish, crabs, and oysters for the Nanticoke people. Wetipquin was probably the location of a Native American town. Much of the area has not been developed, and a paddle up either creek can give you a glimpse of what the area might have looked like to Native Americans who may have paddled the same routes 300 years ago.

Know before you go: You could pack yourself a picnic, or ... you could turn right onto Wetipquin Road, following it back down to Rt 349, and hang another right. In less than a block, you'll encounter Boonies Burgers, Beer and Bait. Don't let it scare you -- this is good eats (I mean, good hamburgers and such). Well worth a stop! 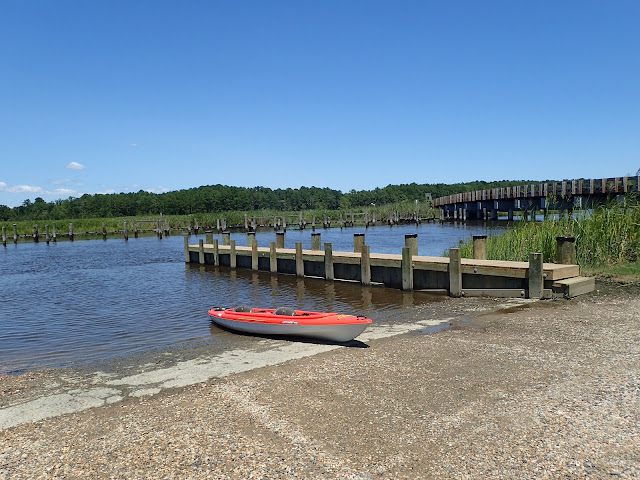