Almost Too Much to Do in Moraine State Park!!

Beginning with this post, I'm starting a series about things to do and see in Butler County, PA. This is the first installment. To see others in this series (once they're published), click on the label "Butler County" below this post.


About an hour north of Pittsburgh is Moraine State Park -- a treasure! And unlike many state parks I've visited, Moraine does not appear to be ridiculously over populated. Like other places I've blogged about (thinking particularly about Dolly Sods), it's also the site of an ecological disaster that has been put right in recent decades. Now it's a destination for hiking, biking, kayaking, wind surfing, sailing, fishing, camping, and picnicking. In the fall, with the changing colors of the leaves, it's gorgeous.

To really understand the history and eventual creation of the state park, you have to go back to the glacier era, tens of thousands of years ago, when several continental glaciers reached to just north of the park's current boundaries. These huge ice sheets carried with them stones and soil; as the ice flows crawled across the land, they reshaped it. Ice dams created lakes; flowing water from melting ice carved out gorges. 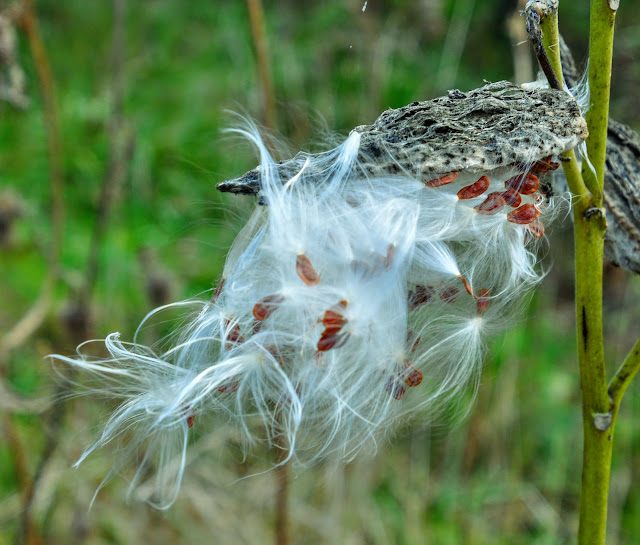 When the glaciers retreated, they left behind moraines -- hence the name of the park. These moraines, or deposits of gravel, sand, and clay, are found throughout the area.

During one or more of the ice advances, a continental glacier dammed area creeks, creating three glacial lakes. The glaciers also created a landscape of rolling hills topped with hardwood trees and swamps in the valley bottoms.

Humans have inhabited the land for centuries. Native Americans used the land for hunting; in the 1800s, farmers cleared the forests and drained the swamps. Sand and gravel deposited by the glaciers were mined and sold. The discovery of bituminous coal ushered in a boom time for the region. Seven coal beds were deep-mined and later the land was strip-mined, all devastating the environment.

During the late 1800s, wells were drilled to extract oil and gas. When the wells dried up, they were abandoned and left unsealed, further contaminating the surrounding land.

The Western Allegheny Railroad was built to transport the extracted minerals to Pittsburgh. The railroad ran the full length of the Muddy Creek Valley and through the Village of Isle, where the PA 528 bridge is today. Abandoned in 1939, the old railroad grade is still visible west of the dam and in the Muddy Creek finger of Lake Arthur. (Sounds like the parts of it above water might be a candidate for a rail trail!)

Much of the park area lost its topsoil and many streams were polluted with abandoned mine drainage. 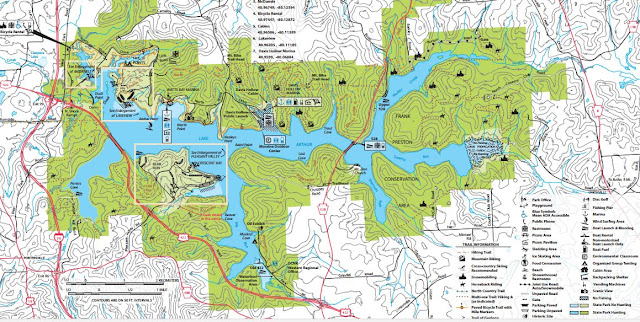 The park's more recent history started in 1926 when a man from England moved to the region. His curiosity and love of his surroundings sparked the park's genesis. Frank W. Preston, an amateur geologist and naturalist, visited the Muddy Creek Valley and noticed that the hills had a unique shape. He correctly attributed it to the glacial periods.


He studied the land for decades, naming the land forms after Edmund Watts Arthur, a prominent Pittsburgh attorney and naturalist. Eventually, with the support of friends, Preston formed the Western Pennsylvania Conservancy to purchase land, intending to recreate the glacial landscape and preserve open space.


Muddy Creek was subsequently dammed to create modern Lake Arthur as a smaller version of the huge glacial lake.

The former Pennsylvania departments of Forests and Waters and Mines and Mineral Industries helped to reclaim the abused land by sealing the deep mines and back-filling and regrading the strip mines, capping the defunct gas and oil wells, refertilizing the soil and planting thousands of trees and plants.

The dam was completed by the end of 1968; by 1970, Lake Arthur reached its full level. Moraine State Park was dedicated on May 23, 1970. Since then, hiking and paved biking trails have been added, as well as multiple boat launches and other facilities.


Lake Arthur's shallow waters are home to a variety of warmwater fish. Frogs, newts, turtles, and water snakes prowl the edges of the lake, and above and around the lake, you're likely to spot great blue herons, green herons, and belted kingfishers. During the early spring, common loons stop at the lake on their migration north. Ospreys were re-introduced to the park in the 1990s, and bald eagles are also likely to be spotted during the warmer months.

One of the best ways to get an appreciation of the park and Lake Arthur is by going on the Nautical Nature boatride, run by park volunteers who try to run three tours each on Saturday and Sunday. 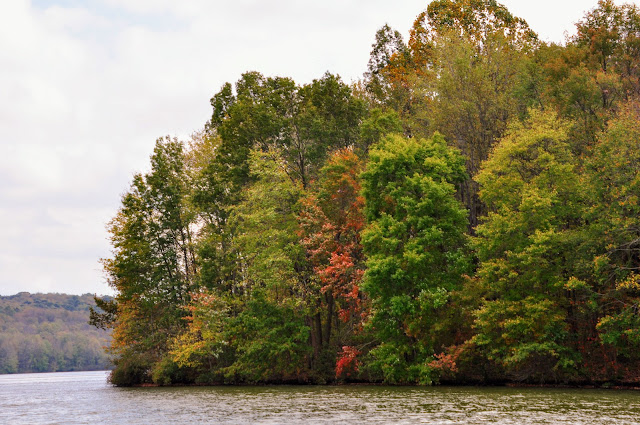 Hours: The park is open daily from sunrise to sunset, unless otherwise posted. Park information, launch permits, cabin information, and assistance can be obtained at the park office near the entrance to the South Shore. The park office is open year round, Monday through Friday, 8 a.m. to 4 p.m., and weekends during the summer. 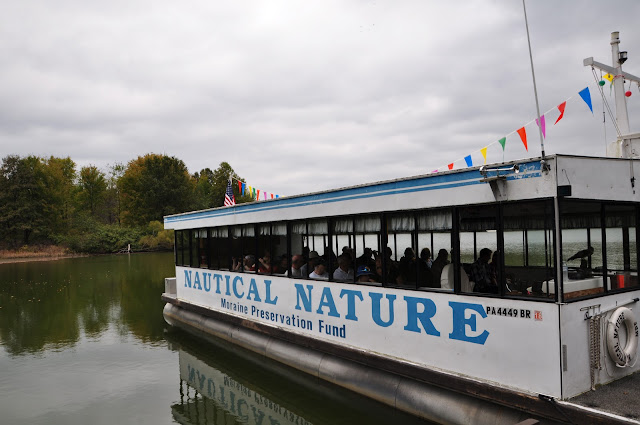 
For other day trip destinations in and around Butler County PA, go to the Blog's Find a Great Place to Day Trip or click on the Butler County label below.


Have you daytripped somewhere interesting? I'd love to hear what you're doing! Email [email protected] if you're interested in being a guest-blogger!