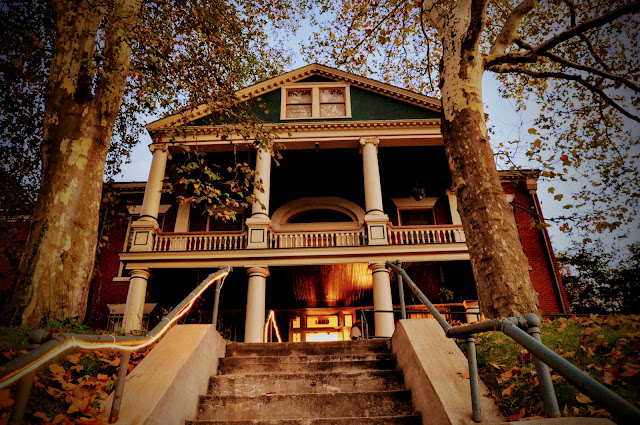 Located in the historic Manchester District in downtown Pittsburgh, Anderson Manor is unique and packed with history. Built in 1830 by Colonel James Anderson, with additions to the house in 1905, this home was a part of the elite district during the Pittsburgh Steel Industry boom.

A western Pennsylvania paranormal investigations and ghost hunt event group, Ghosts N'at (pronounced "ghost en-at" -- en-at being a Pittsburgh region colloquialism, meaning "and all that") offers paranormal investigations at places such as Anderson Manor. Ghosts N'at notes that many of its ghost hunts are at historically important sites, such as this mansion, which helps preserve them for future enjoyment and education. 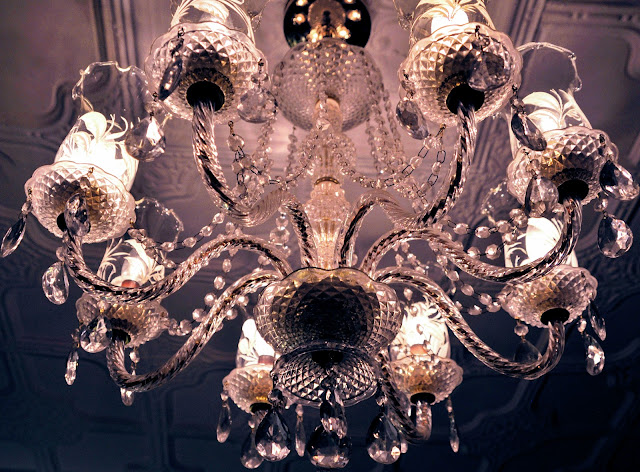 Anderson Manor was a former private residence of Colonel James Anderson and a residential hospice and nursing home, which was when the wing of rooms and offices were added to the building. Lots of people flowed through its doors, and because of the nursing home segment of its history, lots of people died within its walls.

Anderson inadvertently influenced this country's history by providing an educational boost to a future steel mill baron. Anderson made a practice of offering working boys, among whom was Andrew Carnegie, weekly access to his well-stocked library, and Carnegie became a regular borrower. Anderson opened his personal library of 400 volumes each Saturday night, and helped start the first library in the area. 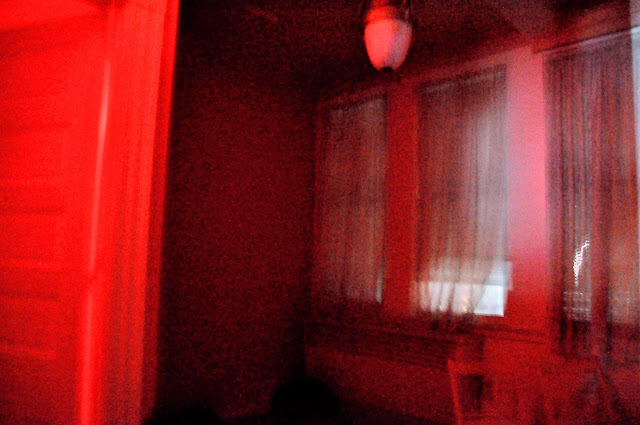 It is worth noting that the Manchester District of Pittsburgh has always been rife with reported ghost sightings, including the story of the infamous home called “The House the Devil Built” just blocks away. The Staff of Ghosts N’at were called in to investigate of the Manor and were astonished with the amount of activity they encountered.

So what can you expect if you sign up for a ghost hunt? As you check in, you're quickly divided into groups (they keep friends and family together). The evening we participated, about 30 other folks were there as well, so the groups were all 10 to 12 individuals. After a brief orientation and history of the building, each group was taken to a different location in the building, each known to be a "hot spot" of paranormal activity.

As at other similar events, Ghosts N'at cannot promise you'll witness paranormal activity or see a ghosts. Ghosts aren't well-trained dogs, who will sit, stay, shake paws, or roll over on command. Ghosts N'at emphasize that ghosts were people too, with all the quirks and humor they enjoyed during their living years. Ghosts N'at also avoids using mediums, whose feelings and sensitivities can "fill in the gaps" for a lack of real paranormal activity but can't be validated or verified. 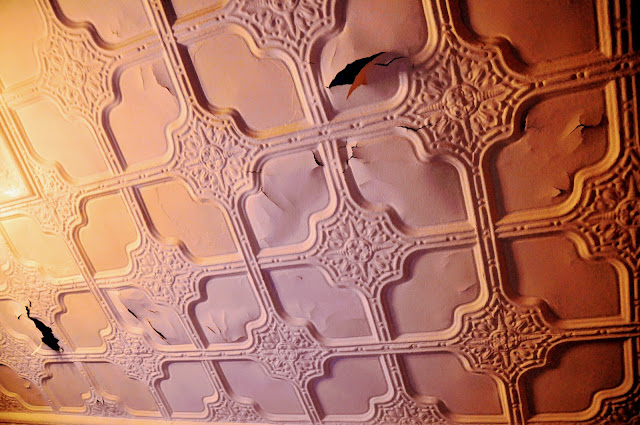 Our group was sent to a second floor dining room (what is now the second floor used to be on the first floor). Although our Ghosts N'at guide, Ken, did his level best to trigger (without provoking) some activity, we experienced nothing that could be labeled paranormal in that room. (In fact, Ken and the Ghosts N'at staff go out of their way to try to debunk things -- they'd rather you have a REAL experience than a made up one.)

After almost an hour, we moved to one of the former nursing home bedrooms on the third floor of the new wing. There we captured EVPs (electronic voice phenomenon), worked with dowsing rods to communicate with the ghosts, and experienced whispers.

Finally, our group made our way back down to the first floor, where we interacted with ghosts via flash lights and EVPs. Interestingly, the ghosts weren't entirely cooperative with the flash lights: unlike our experience the following night at Carrie Furnace, they didn't turn them on and off as responsively as at the steel mill. Other participants that evening were lucky enough to capture interesting orbs; I caught nothing on my camera(s), hence the strategically spooky looking photos of the chandelier and tin ceiling. Still, I didn't leave disappointed -- I felt as if I'd gotten to participate in a ghost hunt. 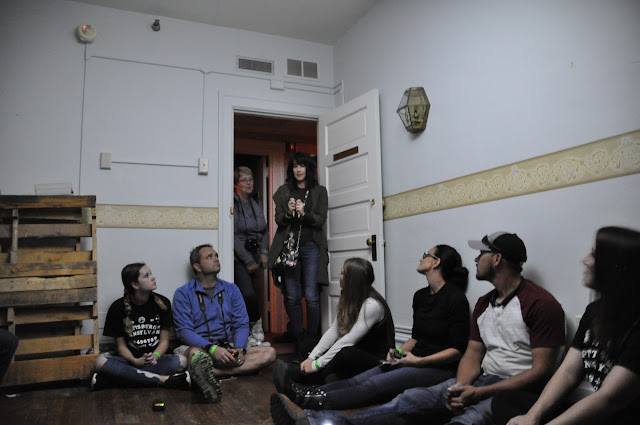 Finally, at the end of the evening, they gathered all three groups together to share our various experiences -- a neat way of bringing a fun and quite exciting evening to a close.

I have to say, I really was impressed by both the professionalism and friendliness of the Ghosts N'at staff. We've gone on other ghost hunts (Ghost Hunts USA) and did not encounter much of either. Throughout the evening, the staff asked to see the photos and videos we took, answered our questions, and ensured that we participated by asking the ghosts questions (emphasizing that this was OUR ghost hunt, not theirs) and operating the various pieces of equipment (dowsing rods, EMF readers, K2 meters, etc). They shared their excitement and enthusiasm for paranormal investigations, a real treat! It also was clear that they had researched this location, knew where the hot spots were, and did their best to provide an enjoyable experience for everyone.

If you want to discover who is lurking around the mansion, definitely consider joining the staff Ghosts N’at for a ghost hunt at the Anderson Mansion! 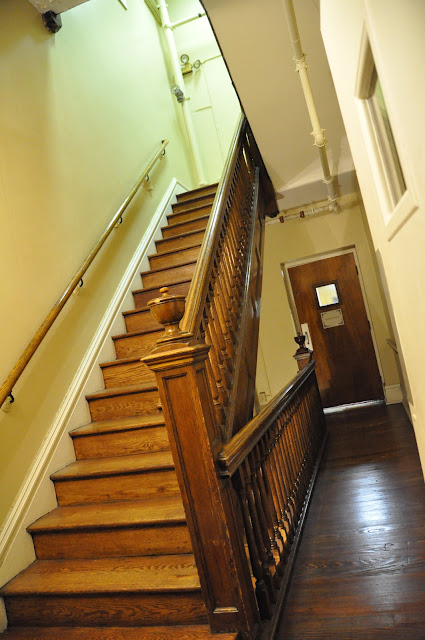 Getting there: 1423 Liverpool Street (in the Manchester neighborhood), Pittsburgh 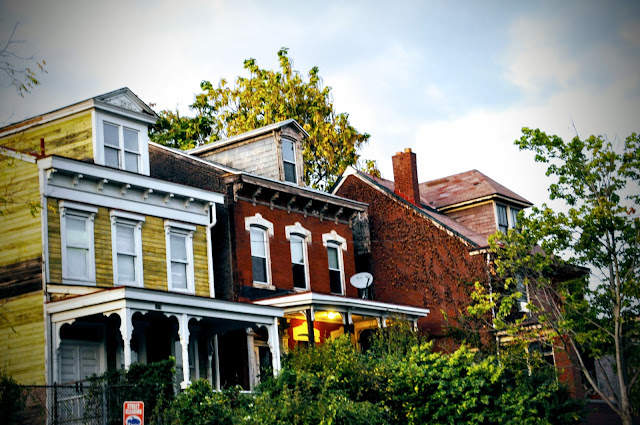