Long before the European invasion, in what is considered to be the "Early Woodland" period, there was a remarkable, pre-Columbian Native American culture, which existed between 1000 to 200 BCE, referred to as the Adena. Although all those who are considered Adena shared cultural similarities -- such as sharing a burial complex and ceremonial system -- it is likely that the Adena encompasses a number of related societies. The Adena lived in an area including parts of present-day Ohio, Indiana, Wisconsin, West Virginia, Kentucky, New York, Pennsylvania, and Maryland. 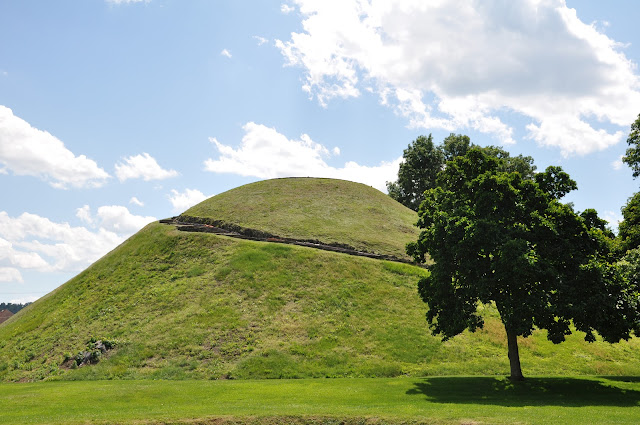 Right in the heart of Moundsville, WV, is the largest conical burial mound in North America. Two thousand years old, this Adena Indian burial ground is known as the Grave Creek Mound. Adjacent to the mound is the Delf Norona Museum, built in 1978, which houses all state artifacts, including many excavated from the burial mound, as well as from other Adena archeological sites. 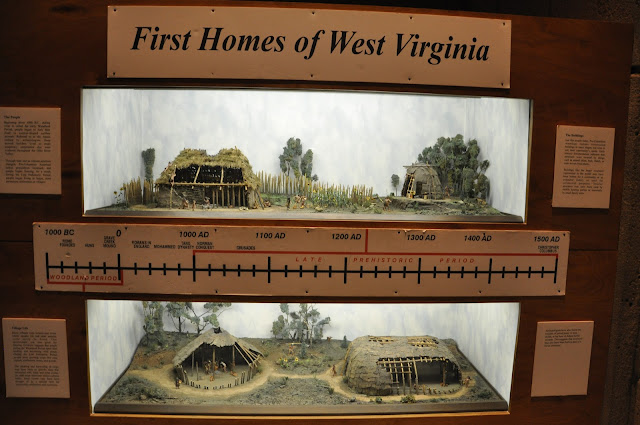 Grave Creek Mound is one of the last traces of Adena culture that still exists. At one point, Adena mounds numbered in the hundreds, but only a small number of Adena earthen monuments still survive today. These mounds generally ranged in size from 20 to 300 feet in diameter and served as burial structures, ceremonial sites, historical markers and possibly gathering places. Unfortunately, in 1838, much of the archaeological evidence in this mound was destroyed when several non-archaeologists tunneled into it. 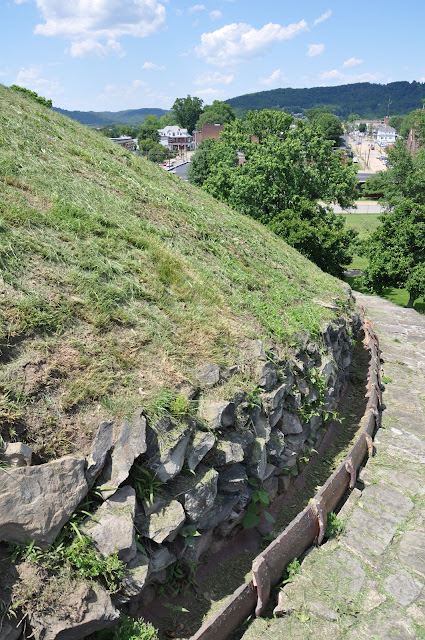 The Adena were notable for their agricultural practices, pottery, artistic works and extensive trading network, which supplied them with a variety of raw materials, ranging from copper from the Great Lakes to shells from the Gulf Coast.

The mound construction probably began with the death of a very important person. There is no way to know who this person was -- great warrior, chieftain or religious leader. We know that 25 to 30 years later another important personage died and his remains were placed in an 8-by-12-foot vault on the top of the mound, when it was approximately 35 feet high. The Adena then covered this with dirt until the mound reached its maximum height. 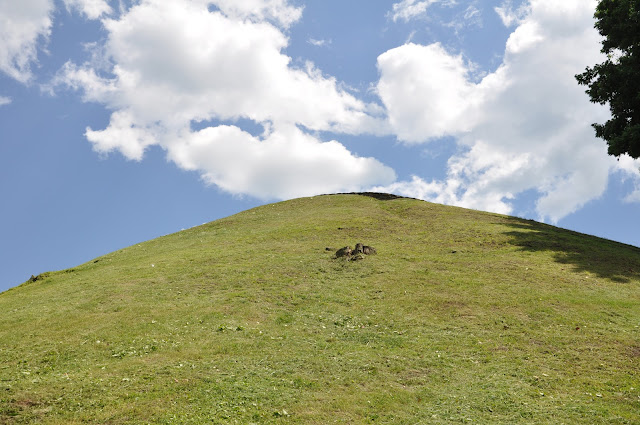 When you visit the Grave Creek Burial Mound, you can follow the spiral walk entwining the mound up to the top. It is an interesting experience visiting this site -- clearly, long ago, this site had special significance for the people who built the mound. Walking up, you have to respect the labor that building it involved -- the mound is steep and rising sharply from the level ground.

Although probably not intended by the original builders, or by the modern-day creators of the spiral walk to the top, when you walk up quietly, alone, in contemplation of the age of the mound and all the unknowns --the sheer mystery of its being -- it is almost a mystical experience. Then you reach the top, to breathtaking views of the countryside (and the now defunct prison across the street from the mound).

Have you daytripped somewhere interesting? I'd love to hear what you're doing! Email [email protected] if you're interested in being a guest-blogger!
Posted by Jody Arneson at 10:15 AM