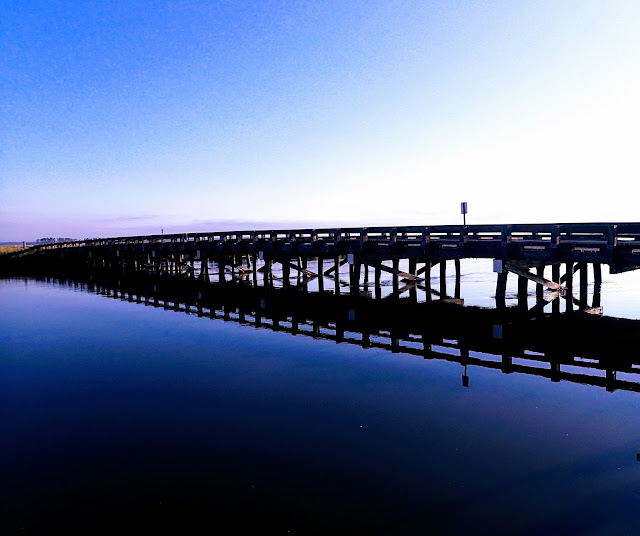 I've been to Blackwater National Wildlife Refuge (NWR) several times, always excited to see and enjoy the birds and wildlife. With the purchase of our new kayak earlier this summer comes the opportunity to explore it by kayak. We visited the refuge about 2 weeks ago, in mid-September. 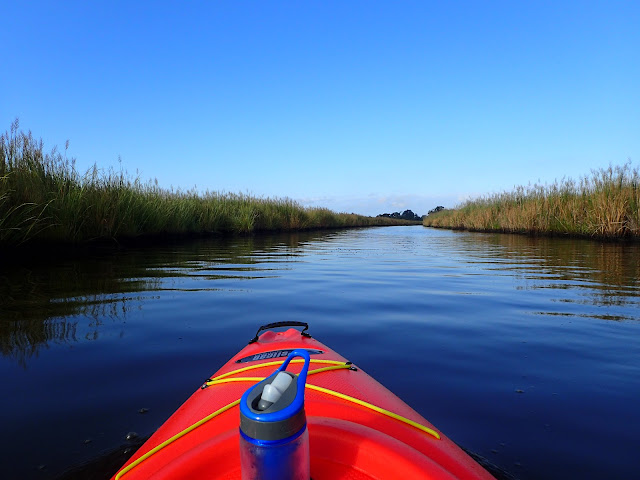 Blackwater NWR was established in 1933 as a waterfowl sanctuary for birds migrating along the Atlantic Flyway, and is home to an incredible amount of plant and animal diversity in its three major habitats – forest, marsh and shallow water. The refuge contains a third of Maryland's tidal wetlands, making it an ecologically important area within the state.

If you want to see eagles, Blackwater is the place to go. The refuge has the greatest density of breeding bald eagles on the east coast, north of Florida, and sightings of bald eagles are fairly common throughout the year. Eagles can be seen soaring and hunting over the marsh or resting near their nests in tall loblolly pine trees. In fact, several times while simply driving through the refuge, on Maple Dam Road, I've been lucky enough to see several eagles.

The marsh habitat at Blackwater is a brackish -- a mix of salt water and freshwater -- tidal marsh. Tidal marshes serve many important functions: they buffer stormy waters, slow shoreline erosion, and absorb water pollutants and nutrients before they reach the bay. Tidal marshes also provide vital food and habitat, as well as offering shelter and nesting sites for migratory birds. They are also quite lovely, and I was eager to explore the wetlands from the water level.

Originally, I planned on taking the orange trail. However, after a brief discussion with my husband, we listened to what I suggested, and we went what turned out to be the wrong way, paddling right from the boat launch at Shorters Wharf under the bridge. We explored the Blackwater River on that side of the bridge a little -- maybe an hour or slightly more, then turned around and headed back under the bridge, to explore the water trails.

Instead of the orange trail, we headed a few miles on the purple trail until we decided to go up an inlet. We ended up deciding we were tired -- we'd been paddling for about 2 hours already -- so we turned around and paddled back down the Blackwater River to Shorters Wharf.

We saw several eagles, probably a nutria, numerous smaller birds, lots of great blue heron flying out of camera shot, and a surprising amount of fish jumping right out of the water!

Distance: 8 miles round trip
Paddling Time: 2.5 - 4.0 hours (speed 2-3 mph)
Put-in: Rt. 335 Bridge boat launch
Please note: The Green Trail is a scenic trail and is a good trail for beginners. However, during fall and winter, waterfowl hunters may be active on and along the Green Trail. If you want more information about hunting season, call the Refuge Visitor Center at 410-228-2677 for exact hunting dates.

Know before you go: Please note that portions of the Purple water trail are closed in October to allow the migrating water fowl to rest undisturbed.

If you have Google Earth on your smart phone, the following map can be downloaded and used while kayaking the trails: http://www.fws.gov/northeast/files/blackwaterkmz/CanoeKayakTrails101614.kmz
Website: https://www.fws.gov/refuge/Blackwater/visit/watertrails.html

Getting there: Shorters Wharf is located on Maple Dam Road. I could not find a street address for it, but most GPS/mapping systems will find it.

For other great places to kayak in Maryland, check out the places below: 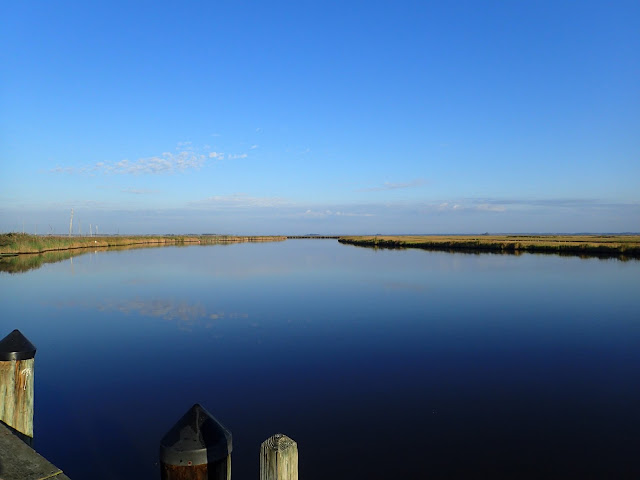 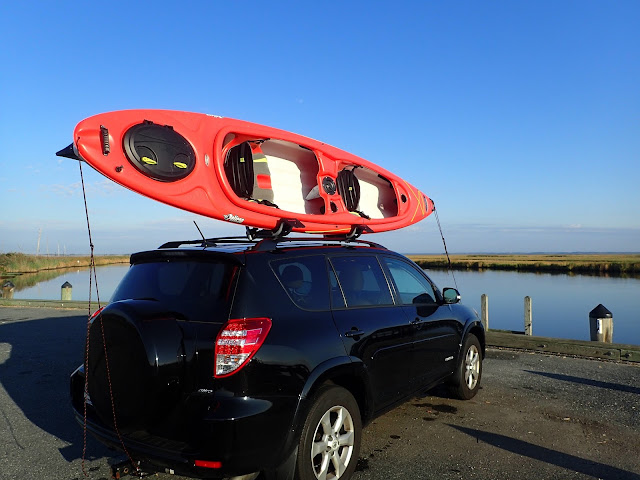