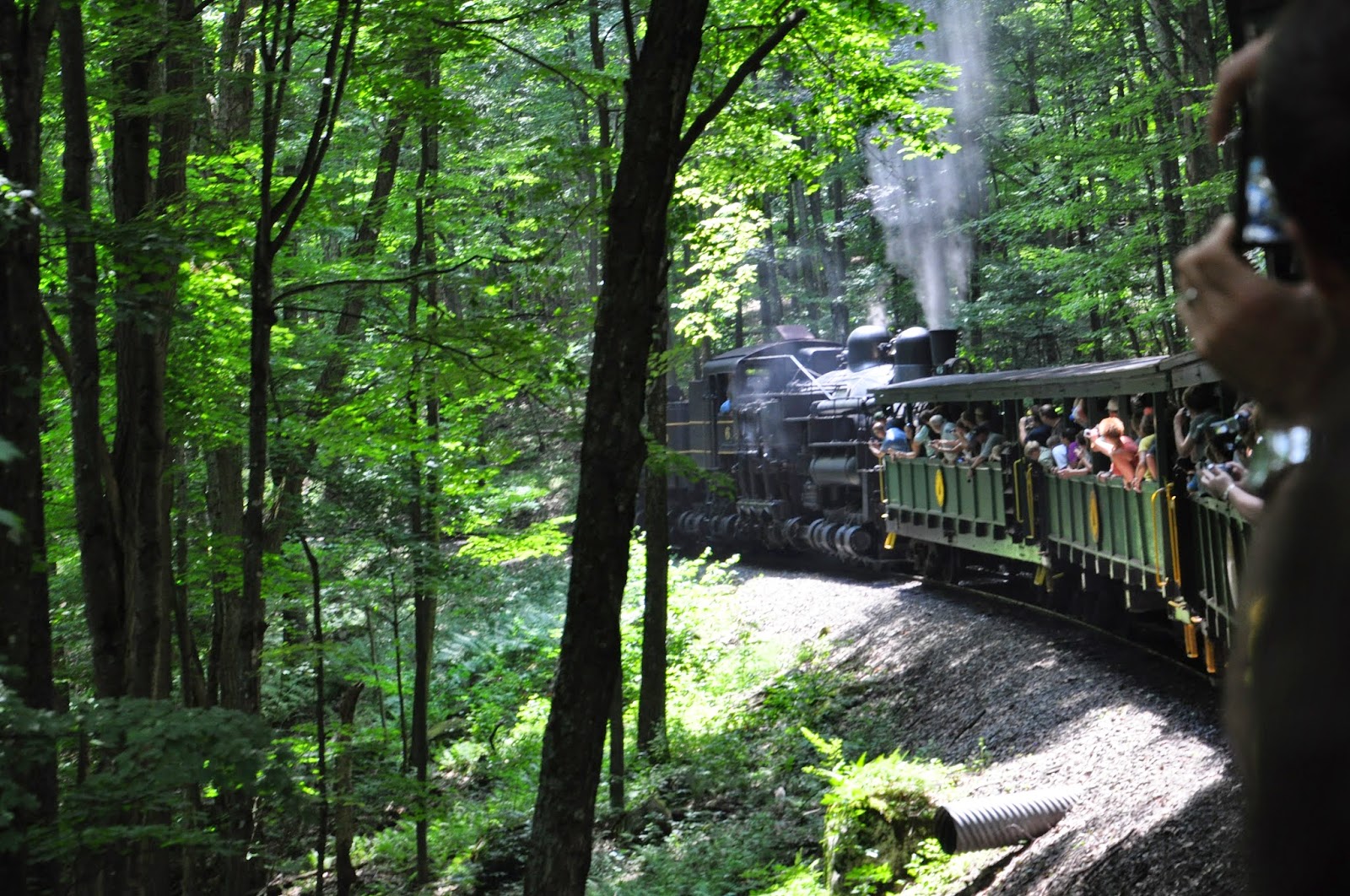 Nestled in the mountains of West Virginia, Cass Scenic Railroad State Park offers scenic train rides to the top of Bald Knob. It also transports passengers back in time to relive an era when steam-driven locomotives played an essential role in local industry.

The history of Cass follows the evolution of the lumber companies that inhabited the valley and operated the West Virginia Pulp and Paper Mill. Once a symbol of the economic power, the mill building has been victim of two major fires in 1978 and 1982. The mill operation was enormous during its heyday between 1908 to 1922. It produced an impressive 1.5 million feet of lumber per week. 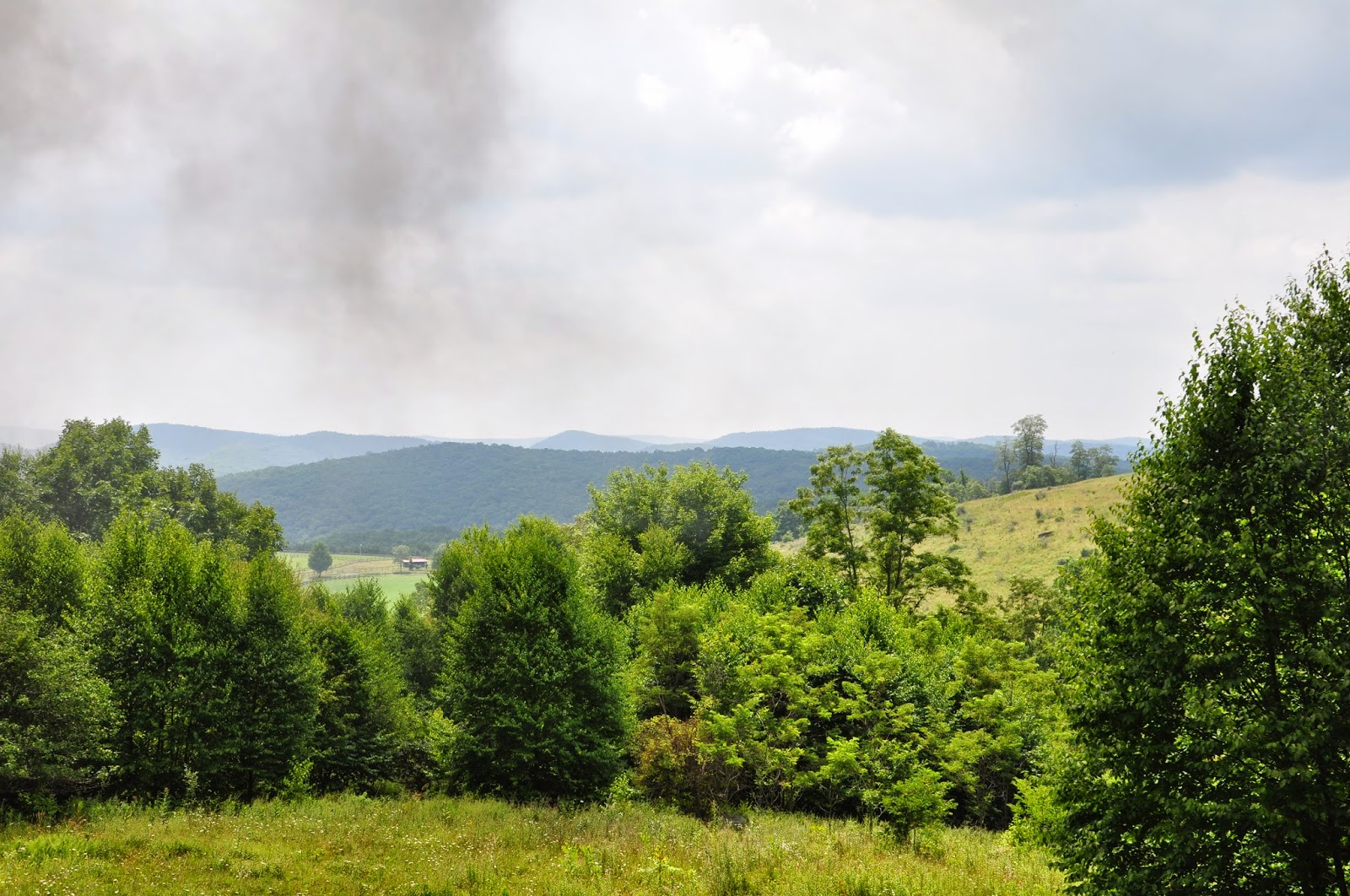 The Cass Scenic Railroad was built in 1901 to haul lumber to the mill in Cass. The locomotives are the same Shay locomotives used in Cass and in the rainforests of British Columbia for more than 50 years. Many of the passenger cars are old logging flat-cars that have been refurbished.

Once everyone's on board, the train heads off through the trees and begins to climb up the mountain. The train soon passes through the first switchback, reverses up a steep grade, and ascends to the second switchback where the process is repeated, and then finally into open fields and Whittaker Station. The switchbacks allows the train to gain quick altitude, and in this instance, the train is traversing a grade of up to 11 percent, or 11 feet in altitude for each 100 feet of track. A 2 percent grade on conventional railroads is considered steep!

The Mountain State Railroad & Logging Historical Association has recreated a logging camp representing the 1940s era at Whittaker Station, showing both the living quarters and the equipment used by the loggers. The centerpiece of Camp One is a Lidgerwood tower skidder, one of only two examples left in the world. These huge rail car-mounted machines carried logs out of the woods on aerial cables for distances up to 3000 feet. 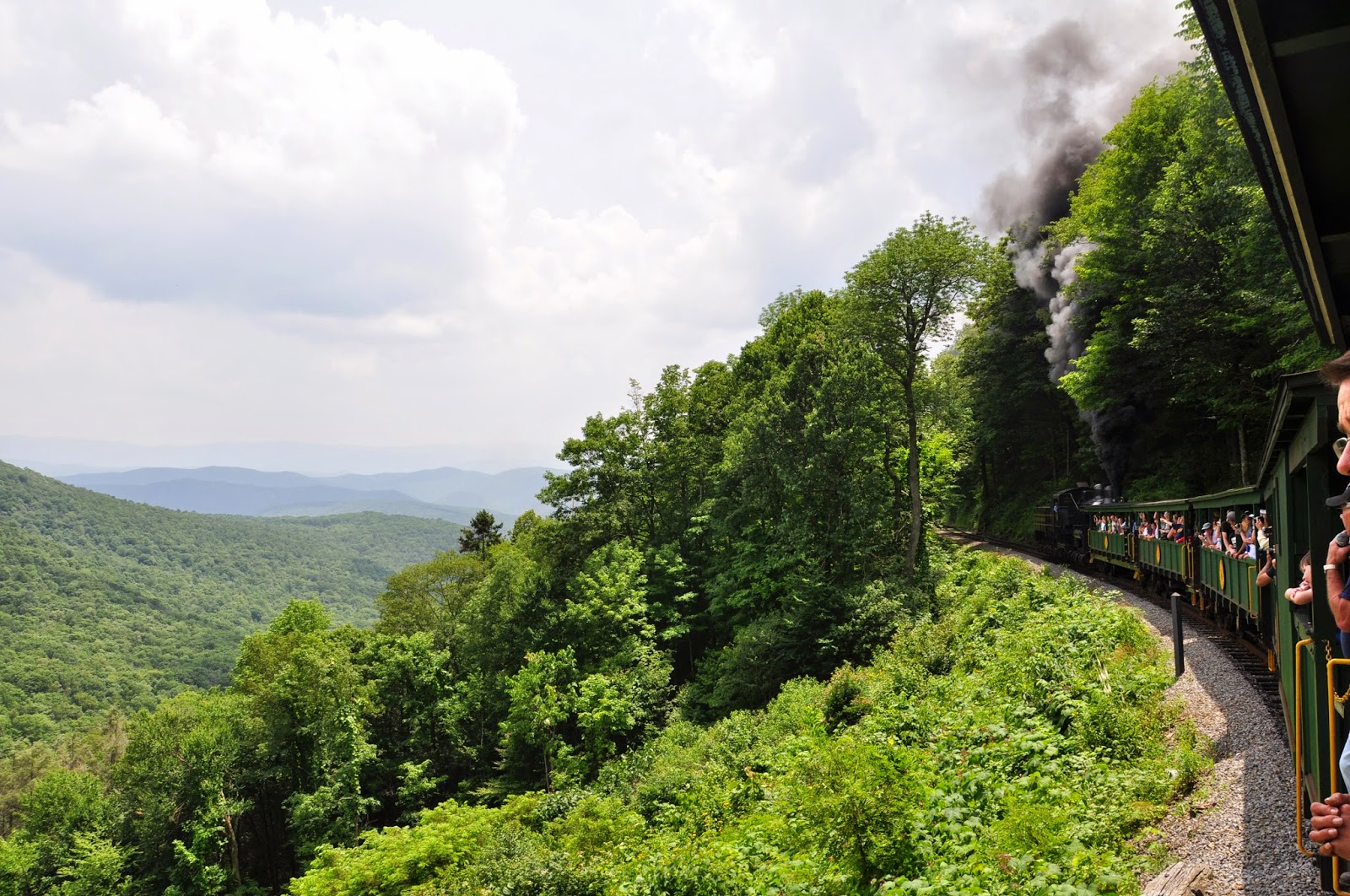 For the full 4 ½ hour trip (there and back) to Bald Knob, you will leave Whittaker Station and proceed to Oats Run for the engines to take on additional water at a spring. The train then climbs up the mountain, finally reaching Bald Knob, the third highest point in West Virginia. The overlook at Bald Knob provides a spectacular view at an altitude of 4,700 feet. 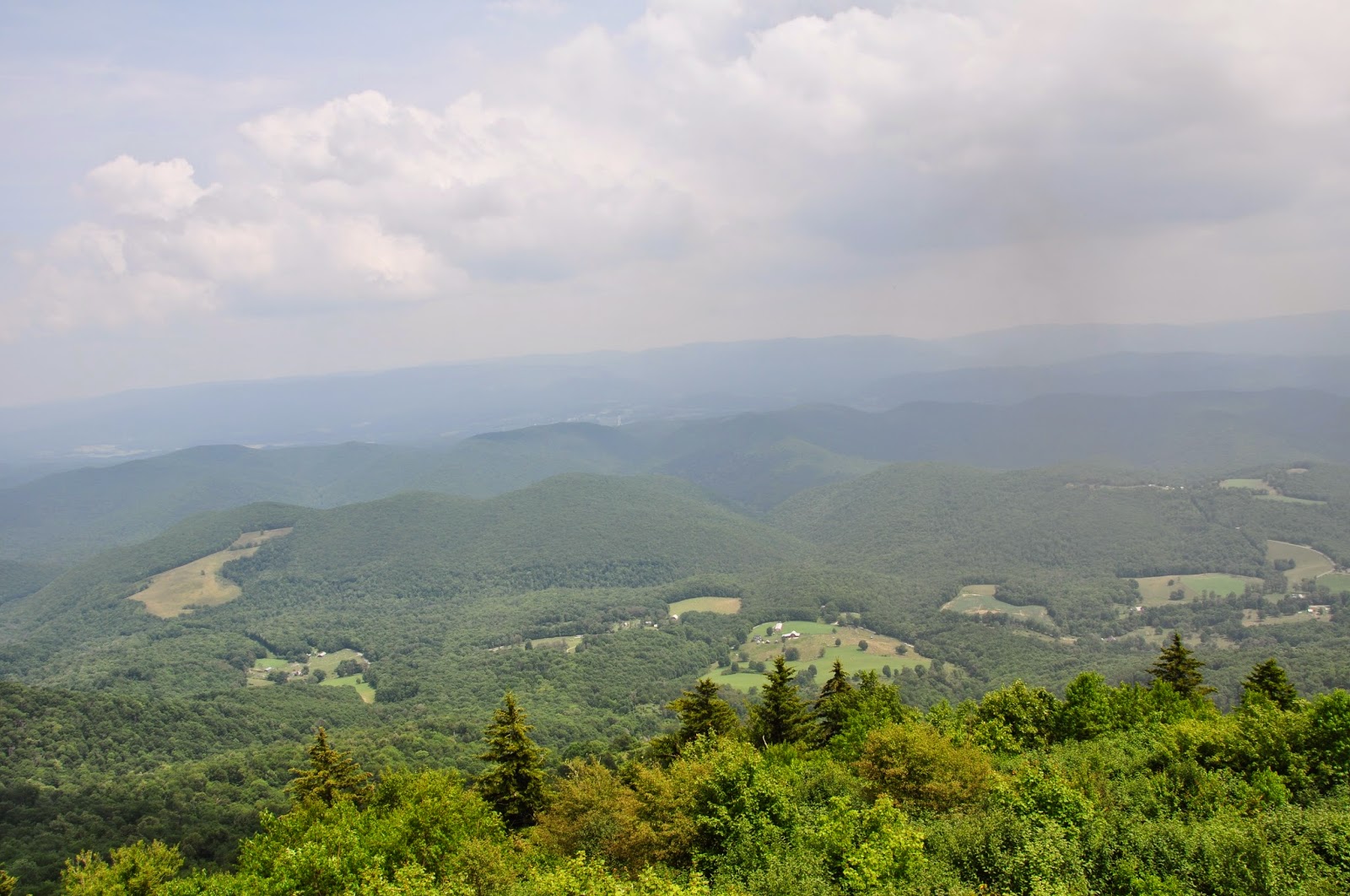 During our hour-long stay at the summit, we saw a deer bound out toward the train, like a trained dog. Very cute. The train engineers had appropriate deer treats for the deer. Meanwhile, we enjoyed the lovely view and dreamed about renting the cabin and staying up there for a relaxing stay. (Unfortunately, my sons nixed the idea because there is no electricity or cell phone connection.)


Know before you go 1: Dress warmly for this excursion, even during the summer. Temperatures are refreshingly brisk at higher elevations, 10 to 15 degrees cooler at Bald Knob. Wear dark clothing, since steam locomotives tend to produce light-colored soot.

Know before you go 2: Bring your own food and coolers and eat on the train. There is a small concession stand at Whittaker Station, however, NO food is sold at Bald Knob. You can also purchase a box lunch from the Last Run Restaurant located at Cass. 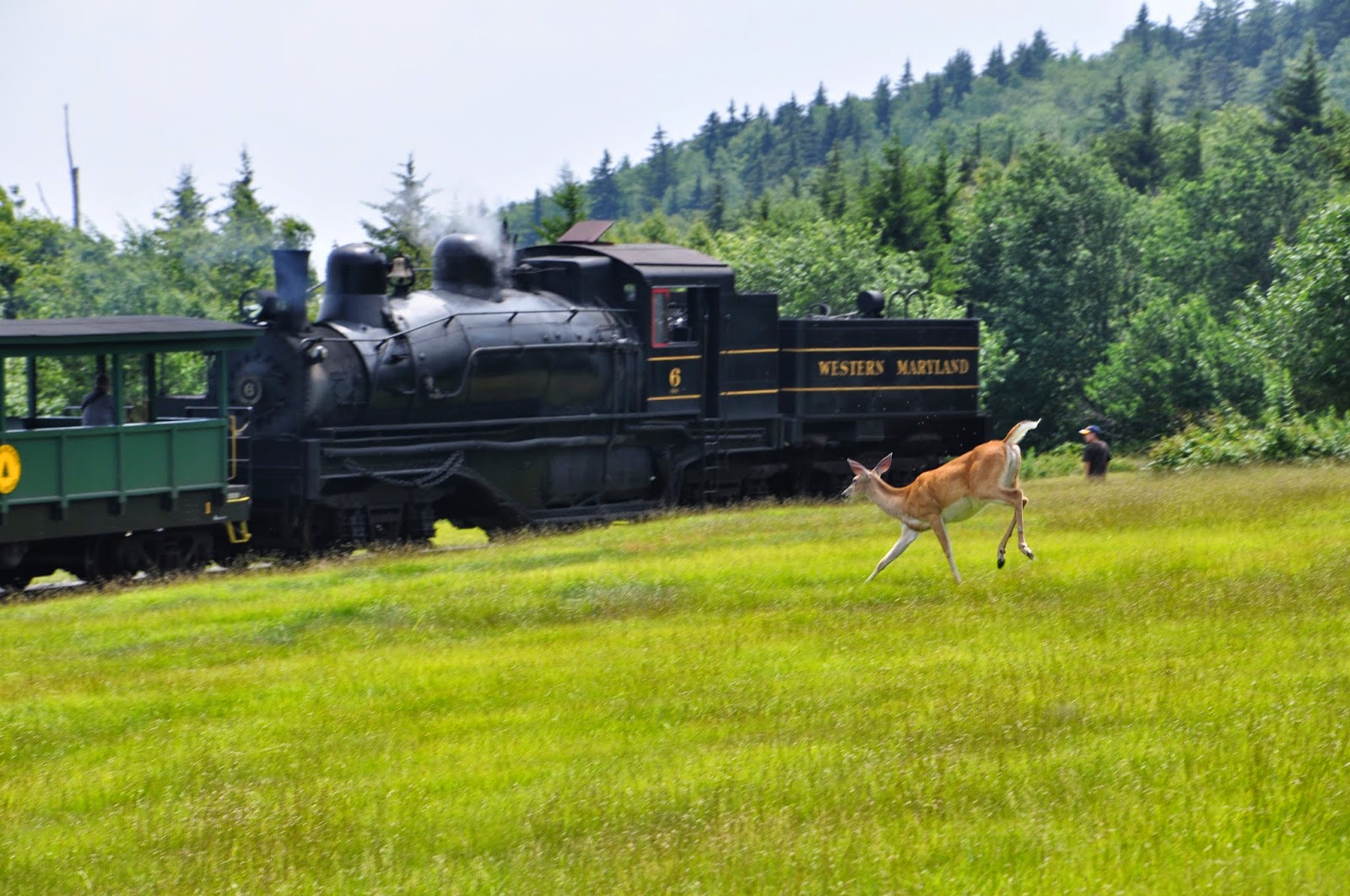 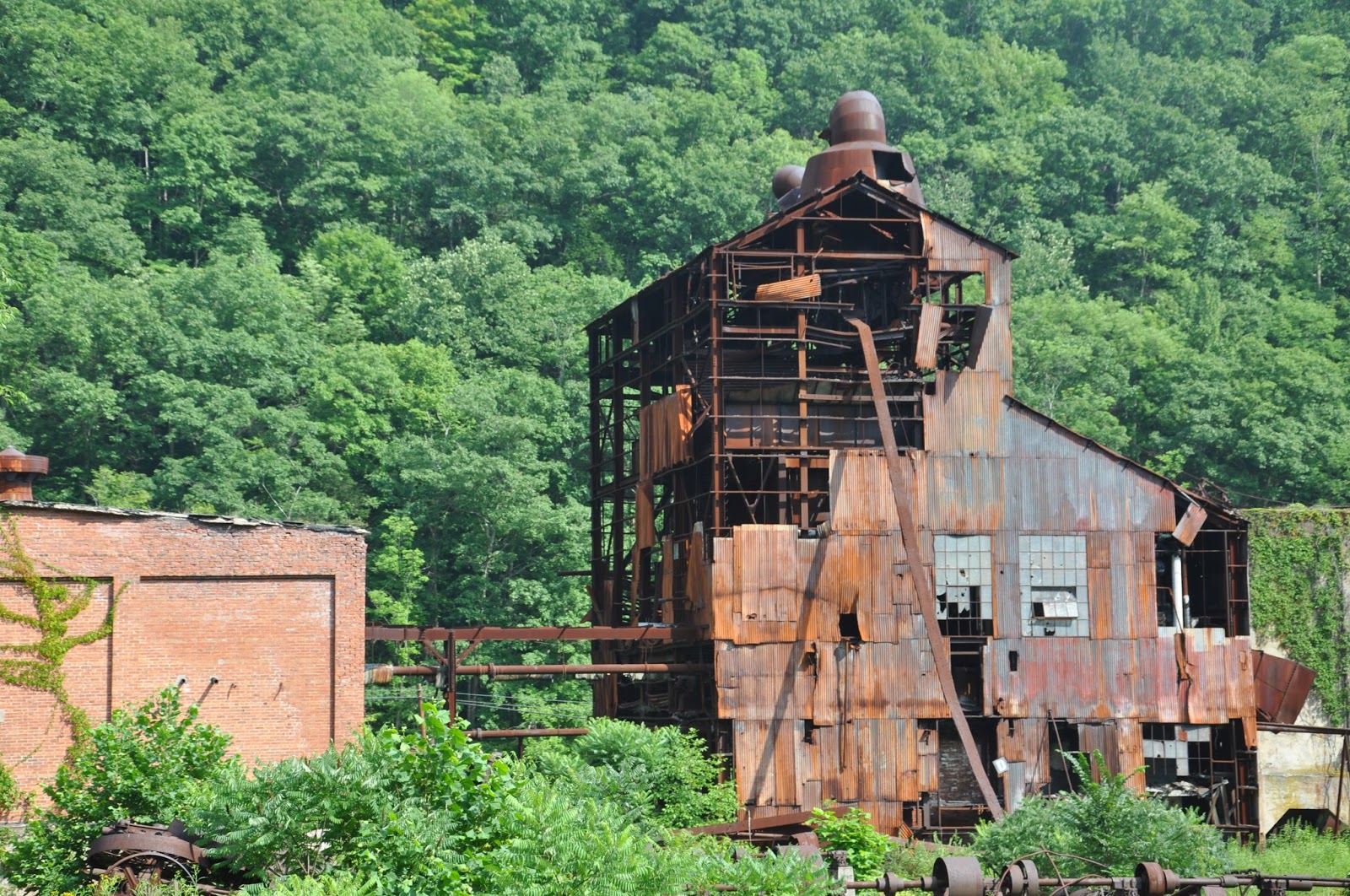