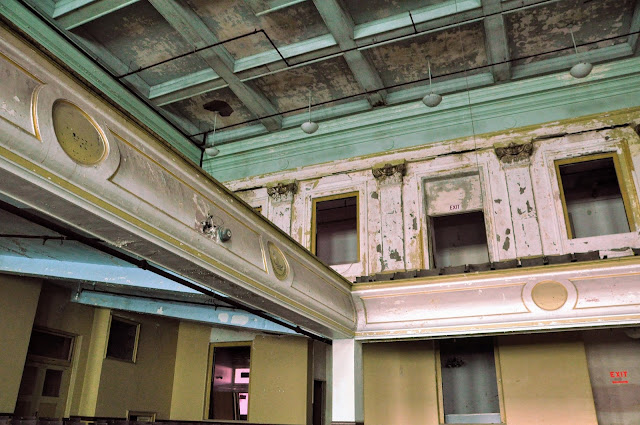 The J.W. Cooper School was originally scheduled to open in 1918, but the Spanish Flu epidemic was tearing across America, and thus the school building was commandeered and used as a temporary hospital and morgue because the local hospital was unable to accommodate the large number of victims. Finally, in May 1919 the building was dedicated as the “new Shenandoah High School," According to Preservation PA’s 2001 newsletter. (Later the school was renamed to honor the memory of the school’s first principal.) The school remained in use until 1986. 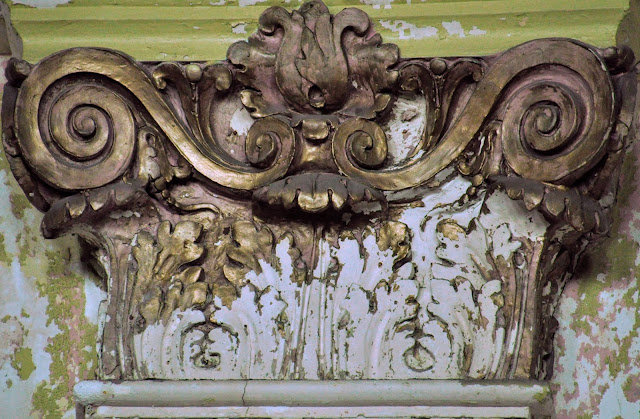 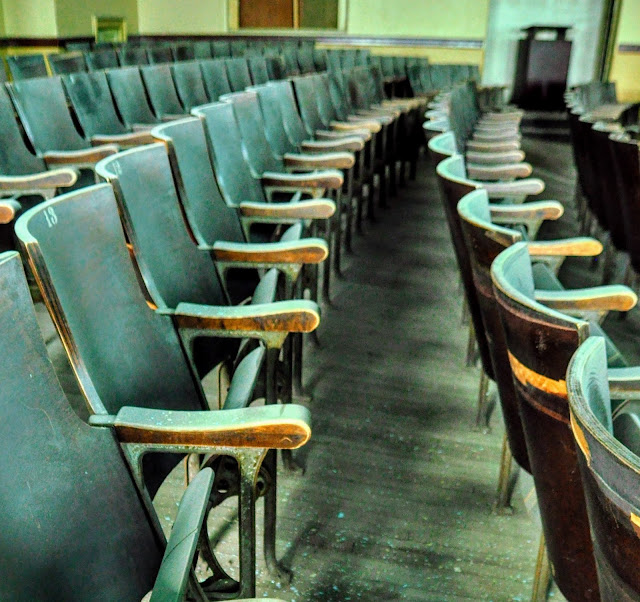 Standing empty on a city block, the school is both comfortingly familiar -- it reminded me of the first school, Parkway Elementary, that I went to -- and eerily decaying amid homes with boarded up windows and burnt-out shells that once used to house miners' families. Much of the interior is still left intact within the school. An old piano, long ago destroyed by the elements, sits quietly (and rather picturesquely) in the front of the auditorium... 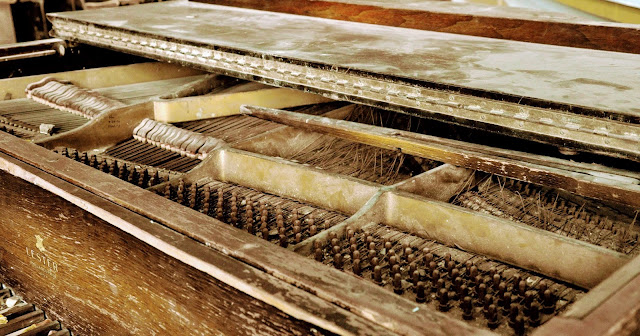 The area that became Shenandoah was first settled by a farmer named Peter Kehley in 1835 where he cleared a patch of land at the center of the valley and built a log cabin. Peter Kehley maintained his farm for about 20 years in total isolation. He sold his claim to the Philadelphia Land Company, which in anticipation of opening coal mines in the area, laid out the town in 1862. 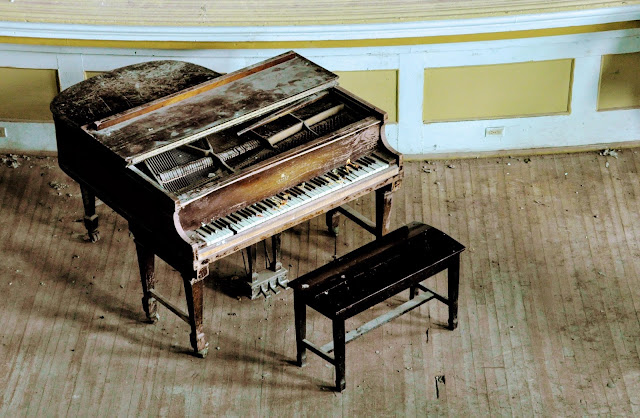 After the Civil War years, the town and community thrived as anthracite coal mines opened. Folks continued to migrate to the area, and by the 1920s and 1930s, Shenandoah boasted a population of 30,000, giving the town the highest population per square mile of any city in America at the time. The school taught these miners' families' children, and tens of thousands of children were educated at the school. 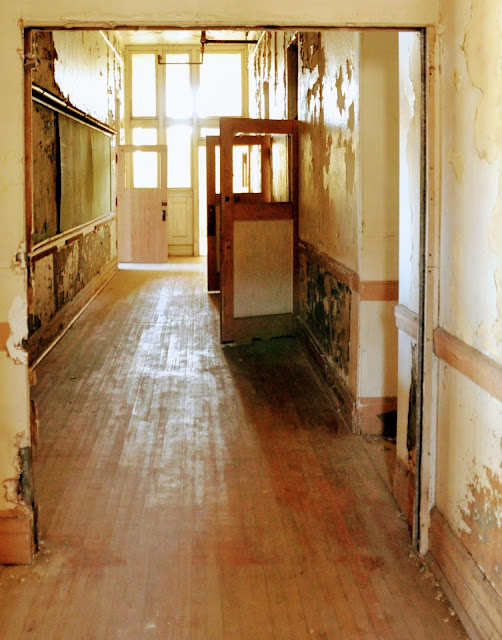 But by the end of WWII, Shenandoah was on the decline -- the community was hard hit as the antrhracite coal industry began closing mines. The boom that sustained the rest of the U.S. somehow missed Shenandoah. 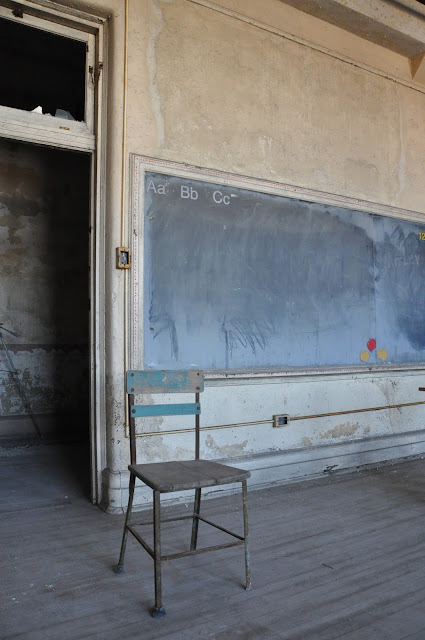 Now the town has fewer children living in it than used to attend the school, and the town seems to be devoid of life. Locals I chatted with noted that the opioid epidemic has struck the region, further decimating the community's health. I felt quite depressed by the visit to the town. 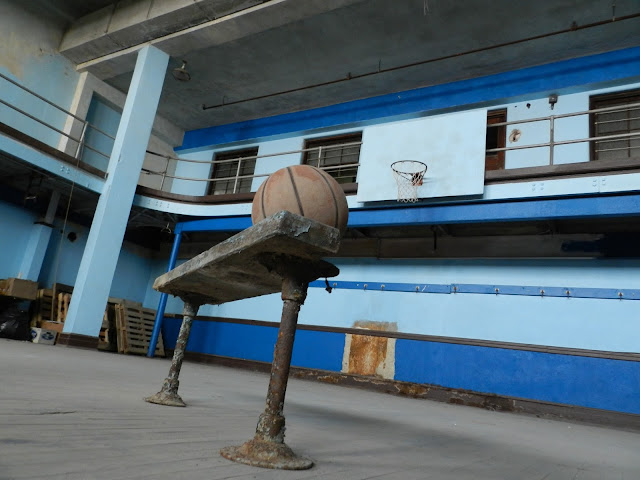 It was through the efforts of a fellow blogger and day trip adventurer -- Uncovering PA's Jim Cheney, that I discovered the school, and joined him and about 10 other photographers to photograph and document the decaying building. For three hours we got to roam around the school, taking pictures to our hearts' content. It was a lovely afternoon, and we emerged into the late November afternoon to a setting sun, dusty and tired. 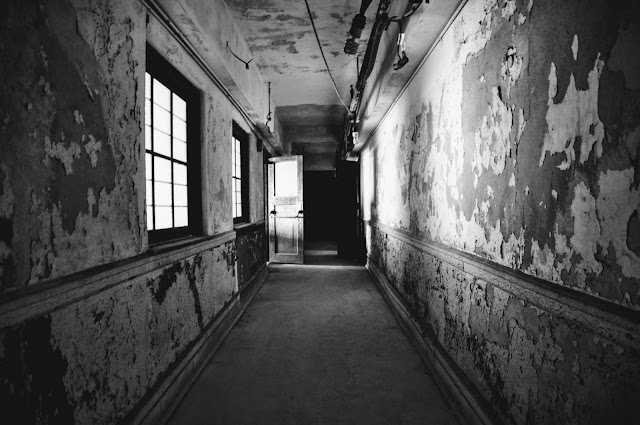 On our way home, my husband and I took a wrong turn, and found ourselves headed down a forgotten old country road that took us past a closed mine. So of course, I stopped and took photos! 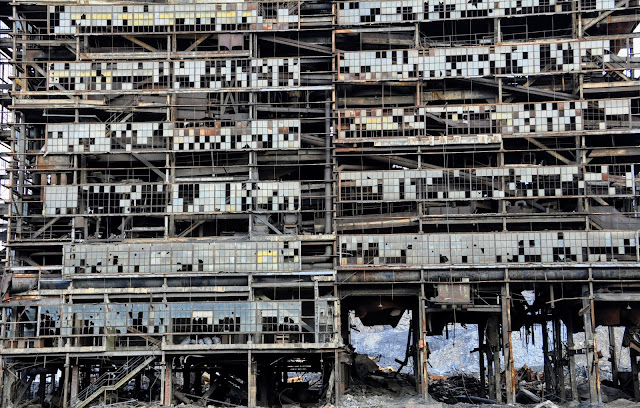 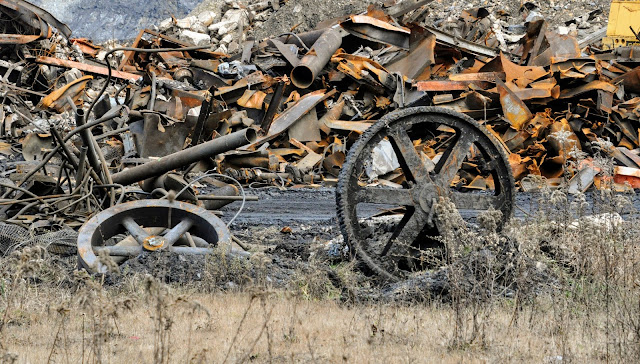 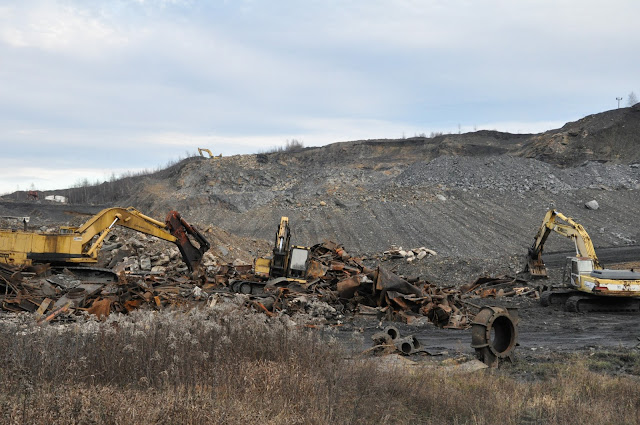 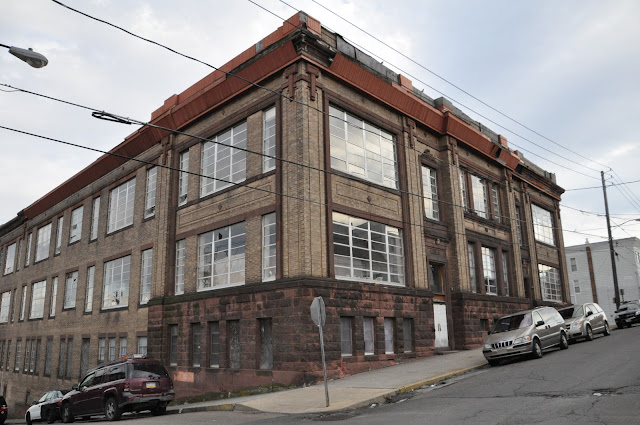 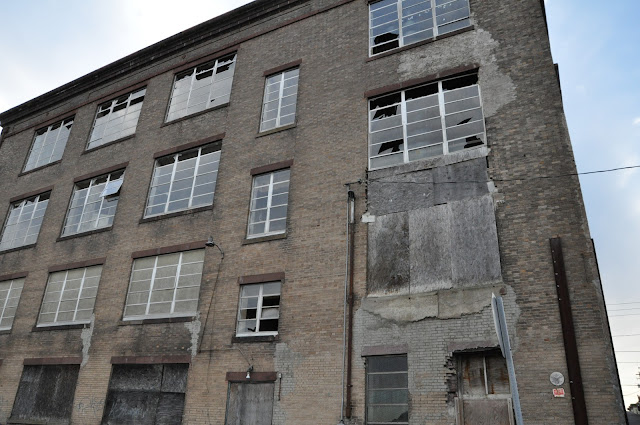 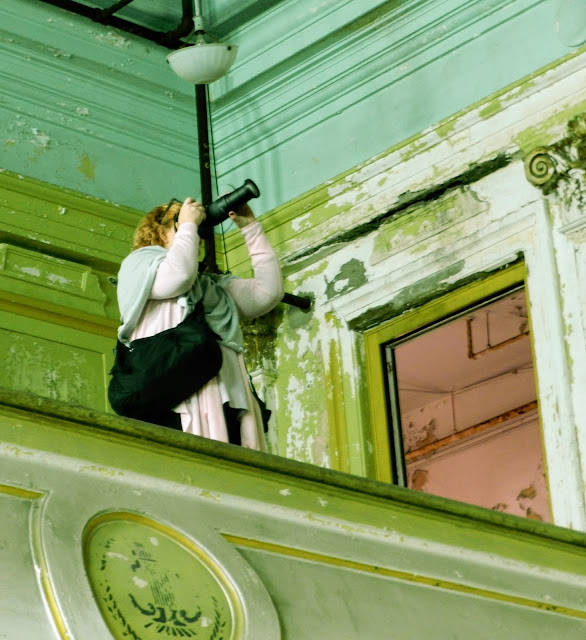