Freedom Bound: Runaways of the Chesapeake

Update June 2019: The Freedom Bound exhibit -- and in fact, the entire Historic Annapolis Museum -- is currently closed. The Freedom Bound exhibit will re-open in the fall at the Reginald F Lewis Museum at 830 E Pratt St, Baltimore. The building at 99 Main Street, Annapolis is currently undergoing renovations and will reopen in 2020 with new exhibits about the history of Annapolis.


Nine individuals trying to escape slavery or servitude, nine unique stories, all coming from the Chesapeake Bay region between 1728 and 1864, help us understand a little more the horrors of slavery and enforced servitude, and also tell part of a larger experience shared by thousands of others in the region, offered in Freedom Bound: Runaways of the Chesapeake, a museum exhibit that also challenges our conceptions of life in the American colonies.

Freedom Bound tells the stories of among others, Nace Butler, an enslaved man who successfully sued for his freedom and won; Isabella Pierce aka Bridget Castilo, a convict servant who assumed another identity; and Henry Smothers, who went to fight for the Union in 1864. The exhibit also shares artifacts from the period, introducing us to what those individuals had to consider before their flights, and how their owners tried to regain control of them. 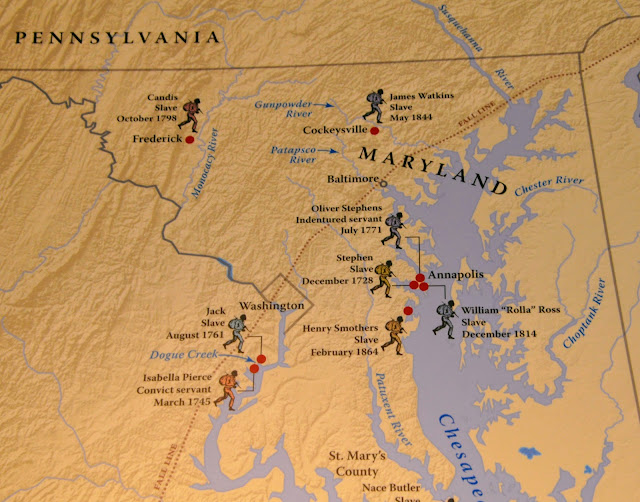 Servitude is a loaded term, I think. Too often have I visited plantations and old plantation houses, and heard about the servants, if anyone other than the owner and his family are mentioned at all. But there was a category of servants: indentured servants, usually British or Irish individuals, who arrived here before the American colonies gained their Independence, when indentured servitude was abolished. 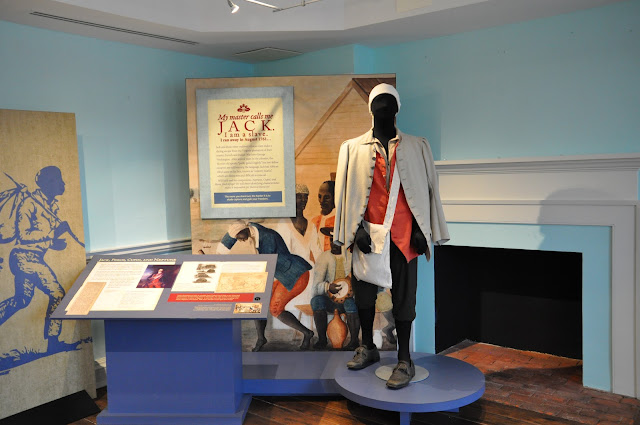 Although it's impossible to be certain of the numbers, it is estimated that before the revolutionary War, one-half to two-thirds of the immigrants who came to the American colonies arrived as indentured servants. They worked for between 4 and 7 years, and like kidnapped Africans forced into slavery in the colonies, often in horrific conditions that could lead to bodily injury, maiming, or even death. The mid-Atlantic region -- between Virginia and New Jersey -- had more indentured servants than the other colonies. 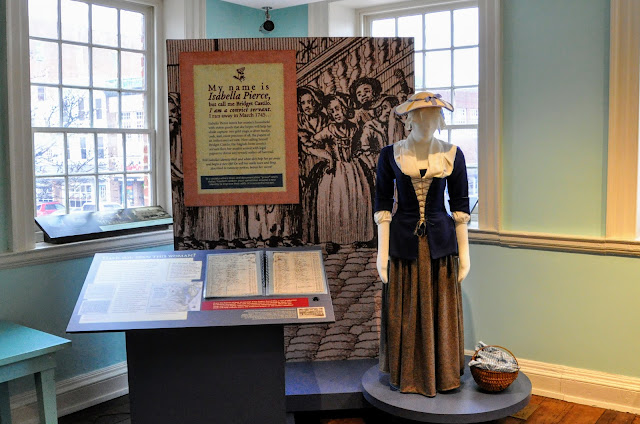 Several of the individuals featured in this exhibit lived and worked in Annapolis, but others, such as Nace Butler, hailed from St Mary's County, and Candis, from Frederick, MD. Jack, a man who was kidnapped from Africa as a young boy, was enslaved on George Washington's plantation. 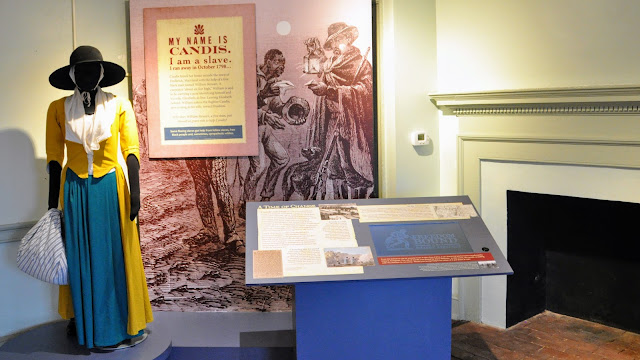 Rolla Ross was actually enslaved by a family that owned the building that the museum is housed in. During the War of 1812, when he was 14, he and about 20 other enslaved individuals from the Annapolis region sought refuge on British war ships. He ended up serving in the British navy until 1840, until he retired back to Southhampton, England where he lived with his wife, children and grandchildren. 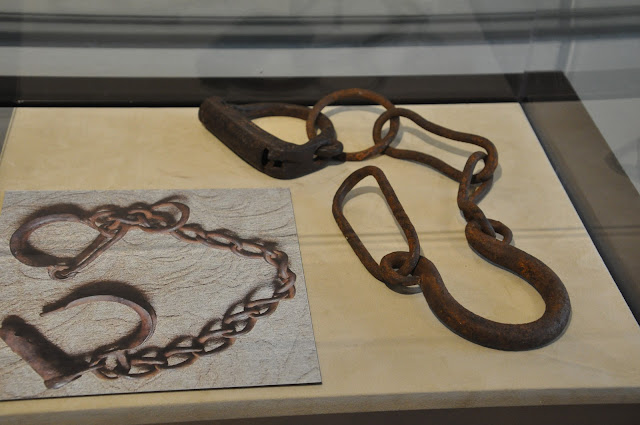