Hammond-Harwood House Through the Eyes of Those Enslaved There 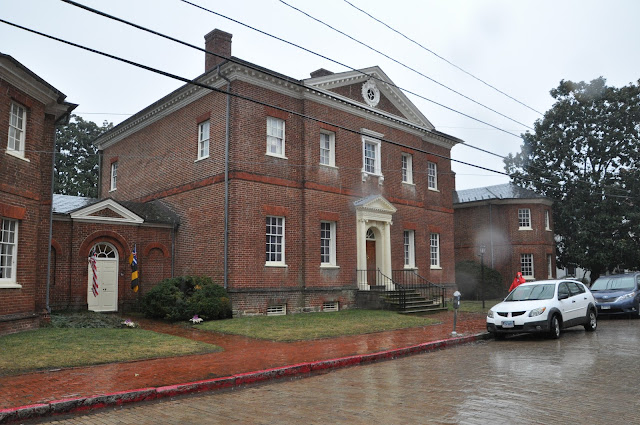 As history tourists in America's great mansions in the mid-Atlantic region, we often remark upon the intricate carvings around the fire-places and window and door moldings, the lovely grain of the mahogany wood of the sideboard, the fine fabrics used in the bed-curtains. I recently toured the Hammond-Harwood House, an "elegant townhouse" located on Maryland Avenue in Annapolis, and, predictably, found myself admiring the moldings and the woodwork. 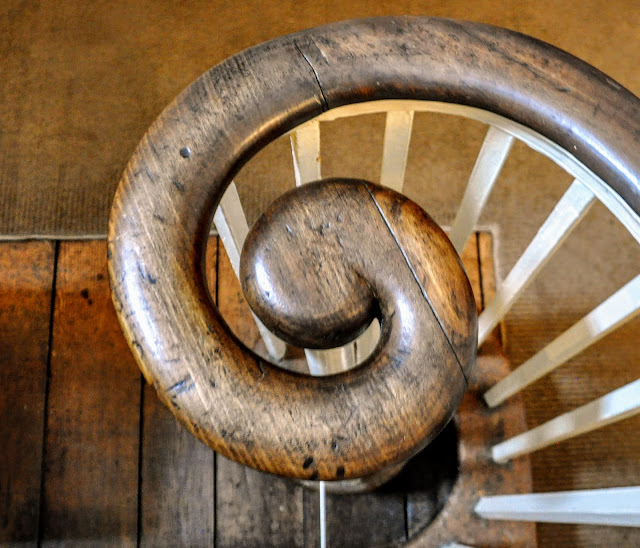 The house is filled with period furniture and artwork, all to be admired. A significant portion of the  furniture on display had belonged to previous owners -- there's a direct connection to history that is almost palpable. (There's also a story to be told about the effort to save the house itself, and the items that go with it -- but for another blog post, I think! The furniture pieces were tracked down and repurchased by the Hammond-Harwood House Association shortly after it purchased the mansion in 1940.) 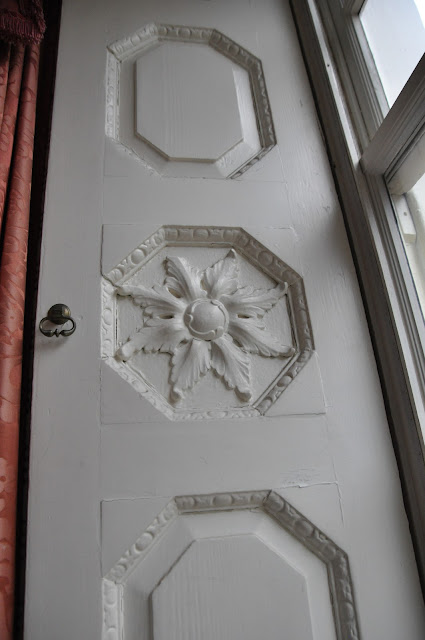 On the walls are paintings by Charles Wilson Peale and his son, Rembrandt Peale. The younger Peale painted a lovely portrait of George Washington (himself a slave owner) astride his favorite horse; it now hangs above a mantel in the study. 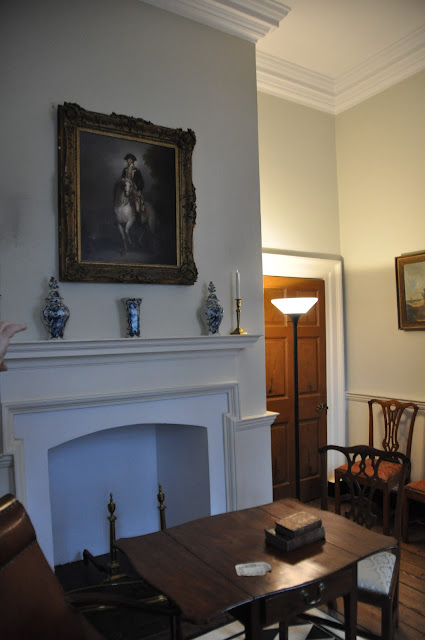 And I have caught myself thinking, "Oh, how lovely to live here" when touring this and similar homes -- Gunston Hall, Montpelier, Belle Grove Plantation, among others. And sure, the surroundings are opulent and comfortable for those who lived there and were served.

But what did Sara Matthews think, as she did the serving, toiling within the confines of the Hammond-Harwood House? What did she think as she served dinner to and cleaned up after those who enslaved her? What about those nameless other enslaved individuals (nameless to history, anyway) whose enslavement made those comfortable lifestyles possible?

The cool thing is that the Hammond-Harwood House Association is trying to give those names back to the house's history, uncovering the life-stories of the enslaved individuals who lived and worked there. In partnership with the Maryland State Archives, the Association funded several summer internships at the house. It was through the work of these internships that the lives of Sara Matthews and her family, as well as several other enslaved individuals at the house, were revealed. 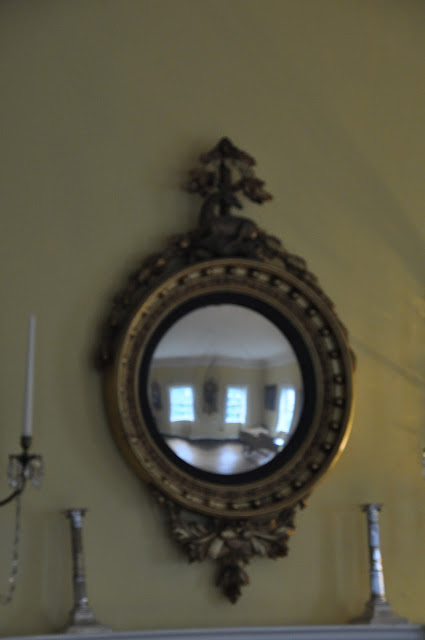 Because Sara was enslaved by the then-owner of this magnificent example of colonial Georgian architecture, we won't ever know what she really thought, what her life was like, how she was treated, who the father of her children was. What we do know is that she was the mother to four children -- Mary, Matilda, Henry, and Benjamin, also enslaved.

We know that Benjamin Matthews ran away, that his owner put in a notice in the Maryland Gazette, offering $100 reward for his return, that he was re-caught and returned to enslavement at the Hammond-Harwood House. We know that they lived in the south wing of the mansion, sharing cramped quarters above the kitchen. 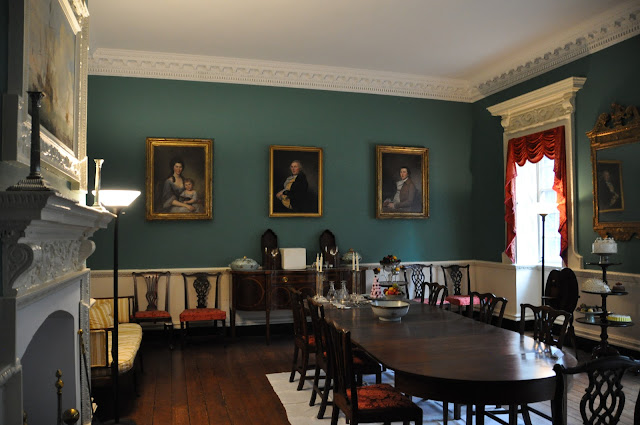 So as I admired the lovely formal dining room and its jib door (one of the few in Annapolis), placed to maintain the room's symmetry, we were asked to also think about how hard it was for Sara or one of her children to serve the multi-course dinners there, constantly moving quickly up and down the steps.

The Hammond-Harwood House likely had up to five enslaved individuals at any given time during the first half of the 19th century. Most of the slaves in the house were women; it is likely that they were primarily assigned domestic chores, i.e., "house slaves." 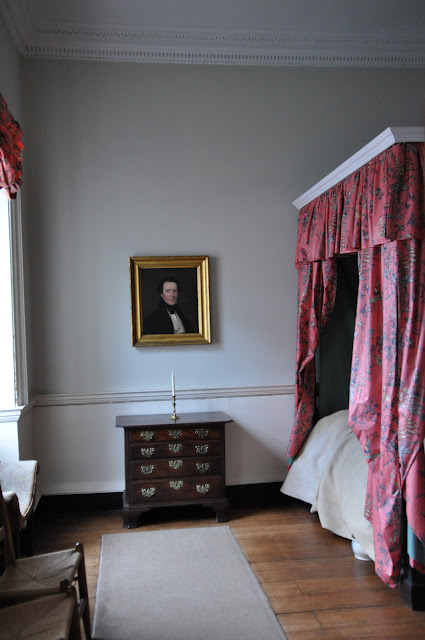 So for Sara, the beautiful main bedroom, with its lavish bed-curtains imported from China, was not a lovely place. It was her workplace, where she and her daughters most likely tended fires and swept out ashes, washed linens and made beds, swept floors and polished furniture, cleaning up the messes the white folks made.

The ballroom with its cheerful yellow wall color and ornate mirrors must have been a nightmare of housework for Sara and her daughters. I imagine them dusting the furniture, sweeping the floor, scrubbing it after a ball or a family wedding. 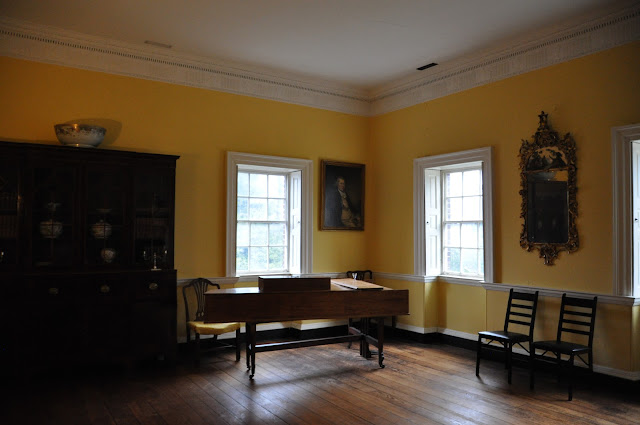 During the tour of the house, amid the discussions of the furnishings and artwork, the tour guide will most likely point out a chair in the study, one that Founding Father Thomas Jefferson (and like Washington, also a slave owner) had built, most likely by John Hemings, one of his slaves and judging by the look of the chair, a most talented artisan, known for creating furniture and other items at Jefferson's homes. (If Hemings' name sounds familiar, he also was the half-brother of the president's well known enslaved mistress: Sally Hemings). (The chair is not original to the house.)

But Jefferson has a connection to the house, beyond the chair. Apparently he was in town (Annapolis briefly served as Capitol), and stood in front of the house, sketching the front door. He remarked, "that is the prettiest front door in Annapolis!" I wonder who carved out the detailed wood molding above that prettiest door and what they thought of it?

Ultimately, it's okay to admire the woodwork and molding, the mahogany sideboard, and imported chintz bed curtains, as long as we also give a thought to the nameless individuals who carved, polished, swept, washed, and involuntarily worked on and in these lovely and historic houses. 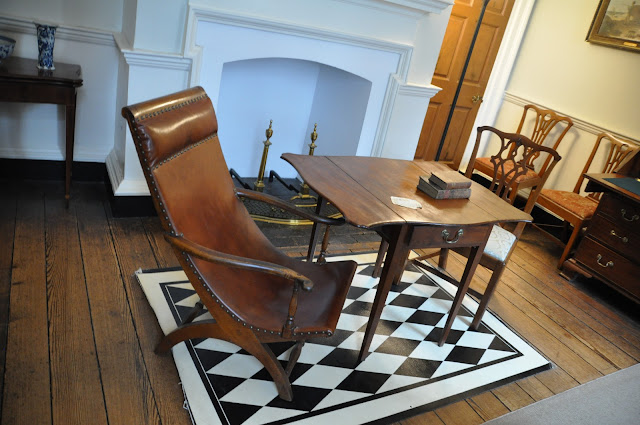 Getting there: 19 Maryland Avenue, Annapolis, MD