Annapolis, with its narrow, streets with historic houses overlooking the water; its interesting boutiques and restaurants, and the Maryland Capitol building is a great afternoon day trip destination -- and one we frequently have visited and blogged about. But there's a hidden history that few realize. African American history throughout Annapolis' story was rarely recorded in the meticulous detail white history was documented. But it's there, right below the surface. You just have to look around a bit, to see evidence of it. Understanding that history is another matter entirely.


The African American Experience is a walking tour that introduces you to this hidden history, from Maryland's founding to key community figures in the post-Jim Crow era.

On the two-hour guided walking tour of the town, you'll learn about African American life in Annapolis. The tour began on West Street, moved along Church Circle down to Franklyn Street, visiting the site of the Banneker-Douglass Museum, discussing both Benjamin Banneker and Frederick Douglass, as well as Dr. Aris T Allen, the only black doctor in the region during the Jim Crow Era, and thus, the only doctor African Americans could visit. 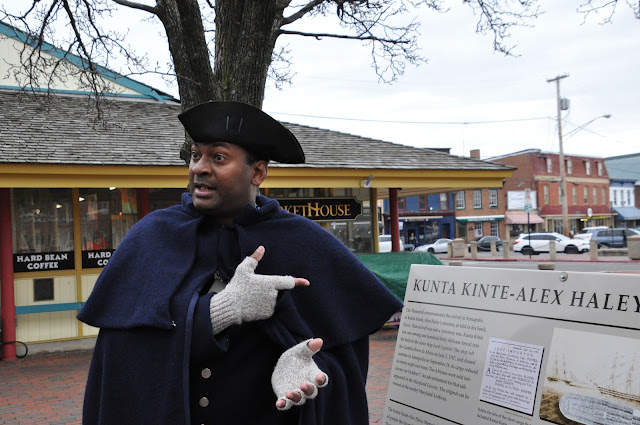 Our tour guide for the walking tour, William Ridgley, himself grew up in Annapolis during the 1970s, lending a personal touch to his stories about Annapolis. That sole black doctor? Dr. Allen, who was also a politican, was still practicing during the 70s, even though Jim Crow had ended. He was Ridgley's pediatrician. If the name Aris T Allen sounds familiar, you've probably seen it dozens or hundreds of times: A freeway, the Aris T. Allen Boulevard (Maryland Route 665), is named for Allen. Ridgley also pointed out his school -- desegregated not many years prior -- and his childhood home.

During the tour, Ridgley revealed the story of Eleanor "Irish Nell" Butler, a white indentured servant who who came over with Leonard Calvert in 1632. Also on the ship was "Negro Charles," an enslaved man. Later, Irish Nell and Negro Charles fell in love, and against Calvert's advice and warnings, married. They had 13 children, all born into slavery despite their white (and by then free) mother. Fast forward 100 years, and a young, brash, and brave descendant, Nace Butler, escapes slavery from a St Mary's plantation. He contacts a local (white) Annapolis attorney because he believes the family stories that his ancestress was free, and thus all her descendants were erroneously enslaved. (Spoiler alert: he won the court case!)

The tour travels past homes owned by prominent African Americans throughout the 18th and 19th centuries, down to the harbor, where a statue of author Alex Haley sits on the dock in front of statues of three children. Haley's novel, Roots, was based on the life of his ancestor Kunta Kinte who was brought to Maryland from Africa on a slave ship. From there we walked up Fleet Street, once a working class black neighborhood that was home to the boat workers and oystermen who once lived and worked in Annapolis.

On Maryland Avenue we walked past the Hammond-Harwood House, where Sara Matthews and her four children were enslaved. If you face the building, they lived in the right wing (the south wing), above the kitchen. We briefly talked about their lives, what little is known about them.

Finally, we ended our tour at the statue of Marylander Thurgood Marshall. Marshall argued before the Supreme Court for an end to segregation in the landmark case Brown v. Board of Education and later became the first African American justice on the U.S. Supreme Court. 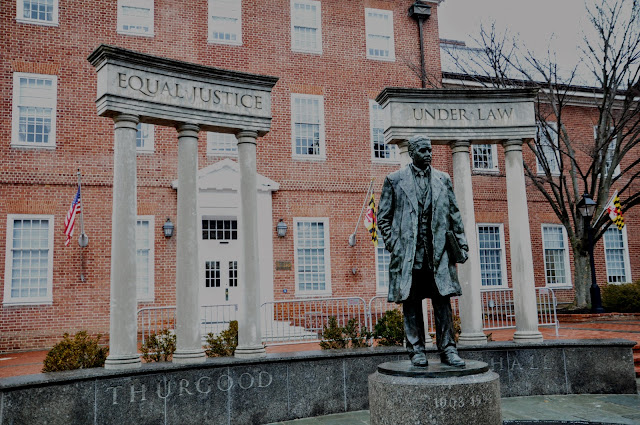 During the tour, it was clear that enslaved African Americans and free African Americans have lived and worked in Annapolis since the early 17th century, and created a vibrant community. They lived and worked, often owning their own homes and businesses. They may have served in forced servitude, but they also served in public elected office throughout Annapolis' history, and eventually, in some of the highest positions in the nation. 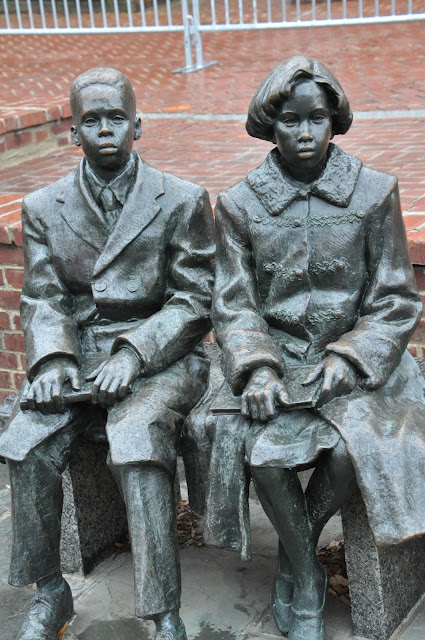 Getting there: The tour starts and ends from the Annapolis Visitors Center at 26 West Street.

Hours: Please check the website for tour times and availability.