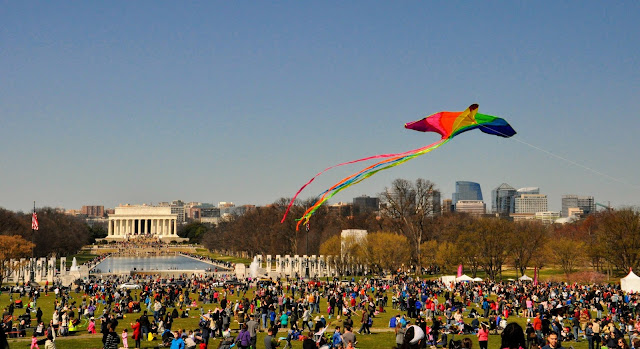 Kites, patriotic monuments, the National Mall, and a festival -- what more could I ask? Or anyone? Or any kid? 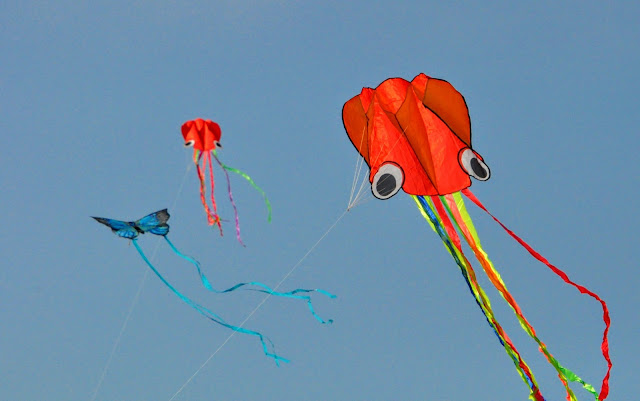 "It's been a family tradition to come to the kite festival since my son was a baby," Angie Williams said. How old is her son now? Twelve years old. "It's a favorite thing to do." 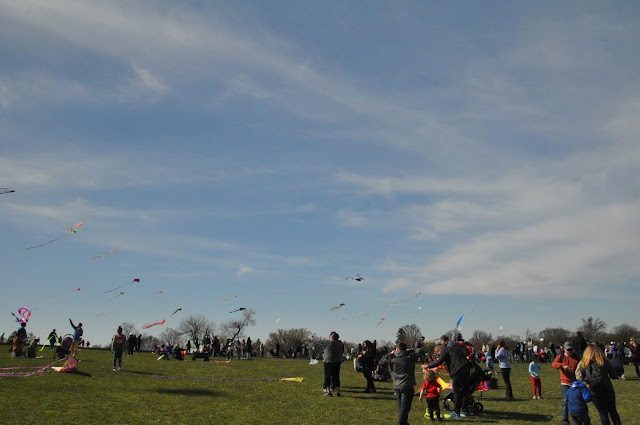 The National Cherry Blossom Festival held its seventh annual Blossom Kite Festival on March 31, showcasing the creativity of kite makers and skill of fliers from across the United States and other countries through a variety of competitions and demonstrations. But what really was so cool was the sheer number of people flying kites, all at the same time and place. I love the sheer exuberance of people who love to fly kites! 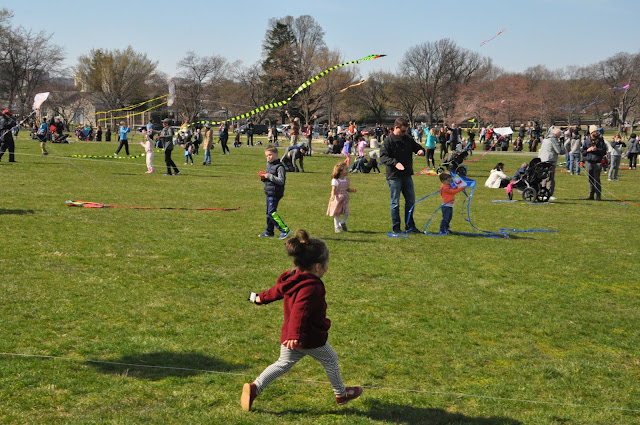 It's something more people should do! 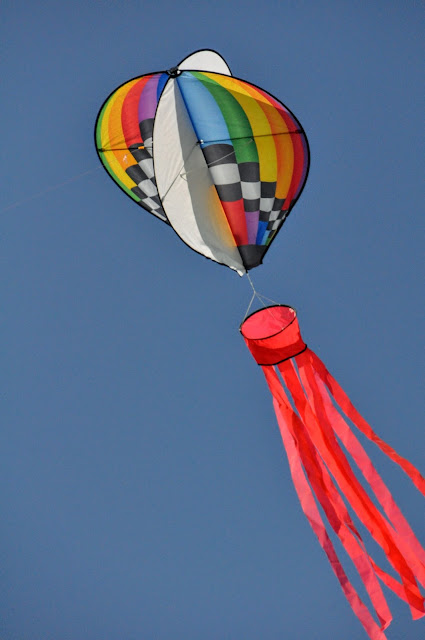 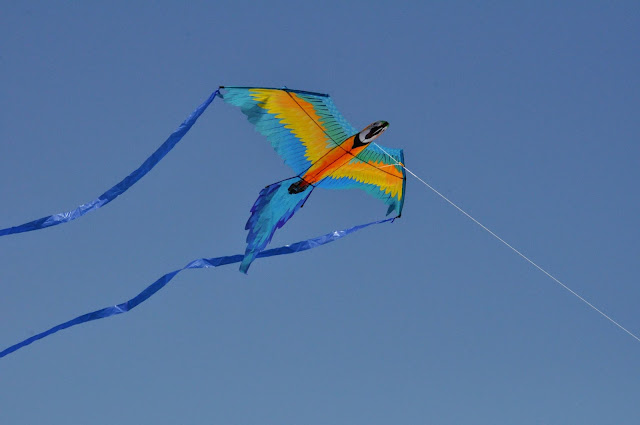 I saw kites of all sizes, colors and designs. 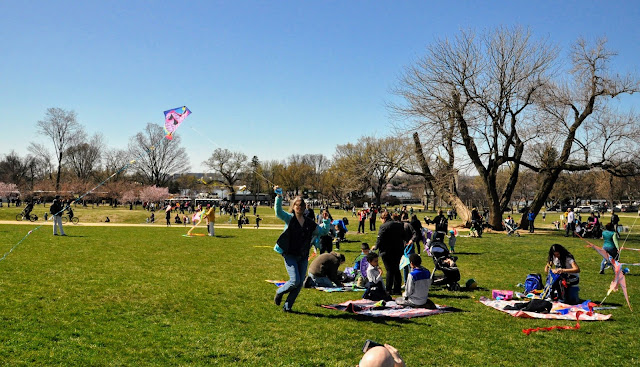 Andria Kasey came from Philadelphia to participate, along with her two daughters and husband to enjoy the National Cherry Blossom Festival and to fly kites during the Blossom Kite Festival. Although this is the first time she and her family have participated in the kite festival, she frequently takes her daughters to local parks to go kite flying. 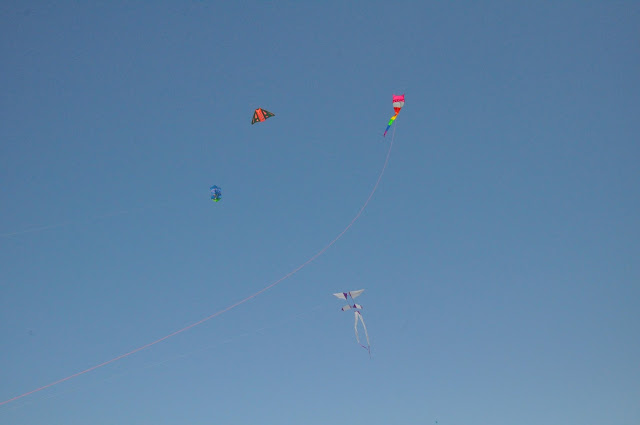 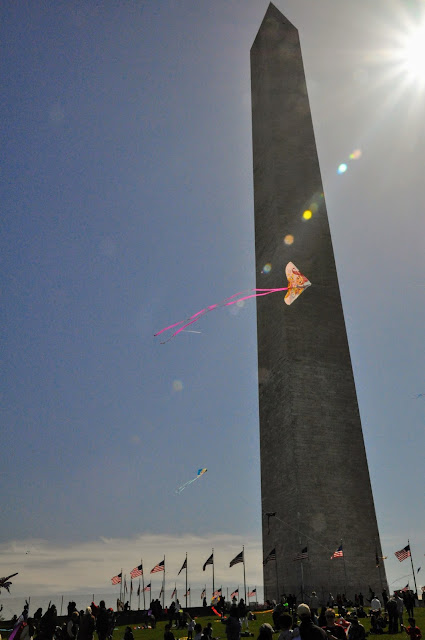 Lots of families were spreading out picnic blankets and settling down for a day of kite flying and observing others fly kites, and there were kids of all ages trying to get their kites in the air. 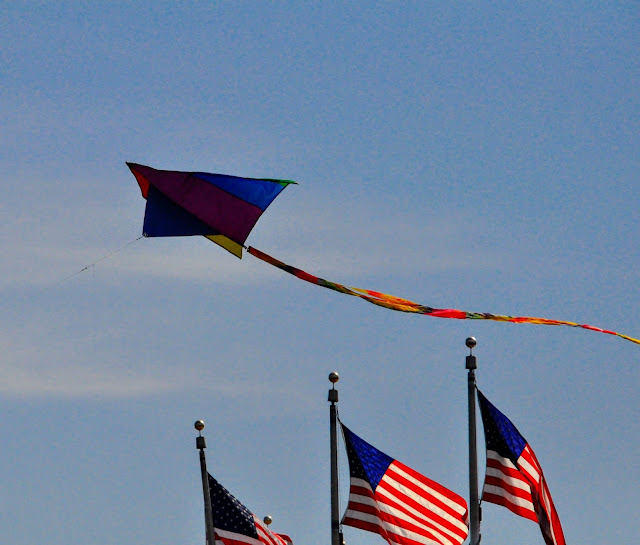 Sometimes flying a kite is more aspirational than reality, especially on a day with variable winds that tended to be still. "We're spending all our time just trying to get it up in the air," Brett Johnson, who traveled down from Frederick, MD to participate, said. He laughed as he told his son, "Let's try again!" (I did notice a few minutes later, he and his son had the kite flying in the air, albeit fairly briefly.

It was really fun to watch. Because of the low wind I didn't see anyone NOT having a load of fun! 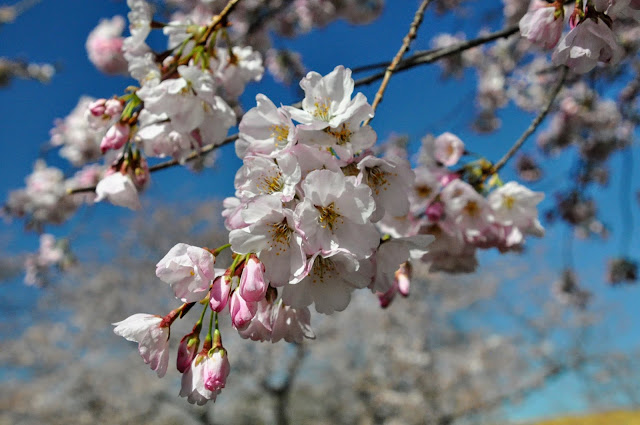 It's really fun to see so many folks out there, enjoying the gorgeous spring weather, and enjoying the National Mall. And although it wasn't quite the peak yet, the cherry blossoms on several trees were lovely! (One of these years I'll hit peak!) 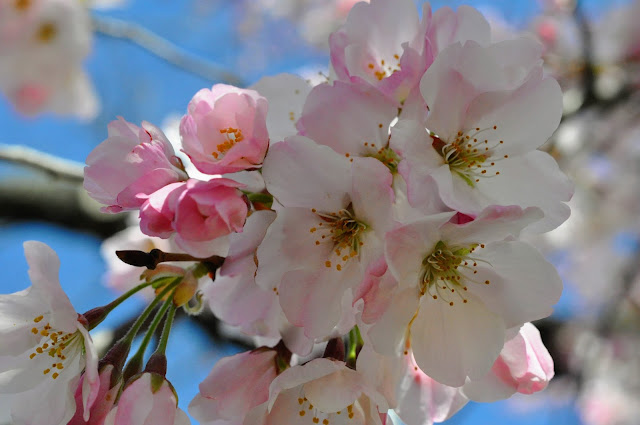 Know before you go: There are bathroom facilities and portapotties in the vicinity, as well as a variety of food trucks, but seriously, pack your picnic -- healthier and cheaper. 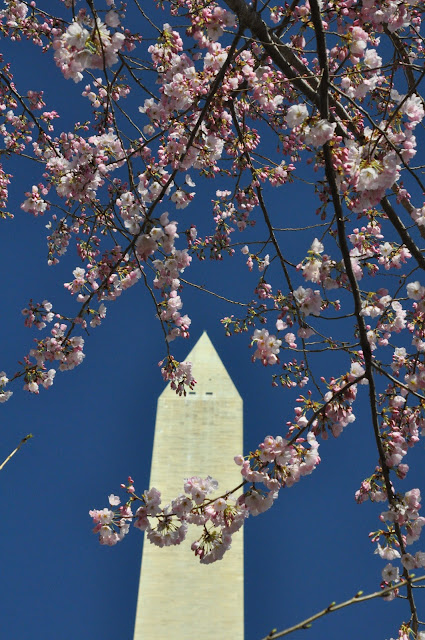