Clearfield County offers visitors and residents alike sites of historical interest, such as the Bloody Knox Cabin, an unexpected tidbit of Civil War history, and the Clearfield Historical Society Museum, which sheds light on the regions coal mining and timber industries, as well as what life was like for women in the area.

During the American Civil War a Conscription Act was passed to enable a draft to help provide support in the war against the Confederacy. By August 1864, Clearfield County had a 600-man draft list, however due to the resentment towards the war as well as President Lincoln's draft request, and the low income residents of the area only 150 men reported. Clearfield County, a Democrat bastion, voted two-to-one against Lincoln. The Civil War was not popular in the region of woodsmen, and especially after the Emancipation Proclamation, local residents believed the war was more about freeing slaves than holding the Union together.

Tom Adams -- one of the two casualties on that fateful day -- first built his log cabin home on the site in 1861. He enlisted in the 149th Pennsylvania "Bucktails" in 1862 but deserted for unknown reasons in 1863, when he returned home. By December 1864, several other deserters, in addition to Adams and his family, were living in the cabin. 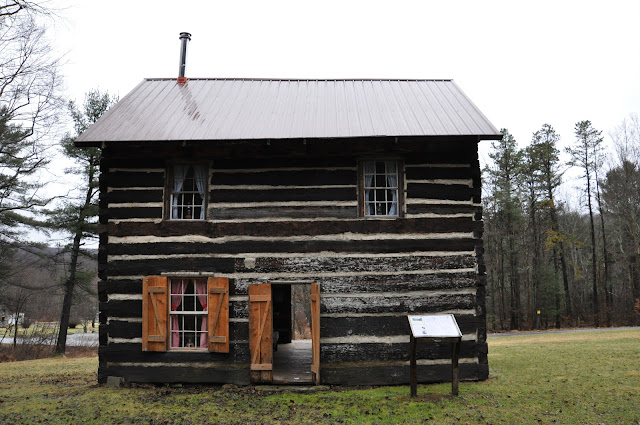 Troops of the 16th Vermont Regiment, Company C marched into the area from Philipsburg. They arrived on the night of December 13, 1864 at the log cabin, surrounding it. Adams shot at the troops from an upper window, killing soldier Edgar Reed. The 16th Vermont returned fire, killing him. Other troops sustained injuries from the gun fight, but in the end, the only casualties were Adams and Reed.


The Historical Society periodically holds re-enactments at the cabin as well as other festivals and events throughout the year.

Hours: The cabin is open Sundays and Thursdays, 1:30 - 4:30 p.m. from the first Sunday in May through the last Sunday in October.

The history of the Europeans in the County dates from about 1783 when Captain Edward Ricketts settled in the area, but its history goes back much farther, when pre-Woodlands Paleo peoples (10,000 years ago) inhabited the area. 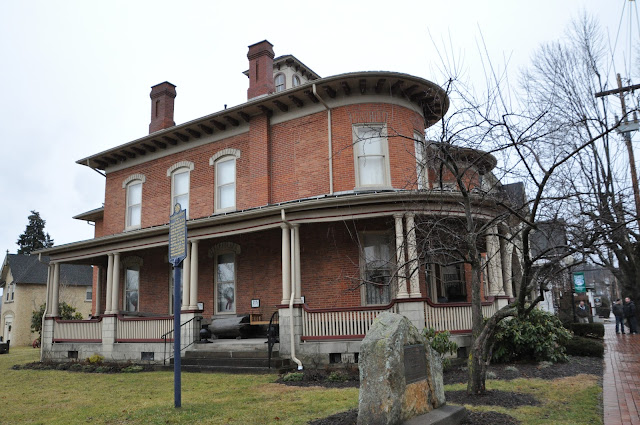 The Historical Society Museum, housed in an historic house in Clearfield, offers displays of pottery, arrowheads, and tools from Native American (pre-European invasion) groups as well as more ancient artifacts from the pre-Woodlands era peoples.

The museum also houses artifacts from more recent history, including a growing collection of the area's coal and lumber industries, plus house- and kitchen-wares from the 1800s. It's fun trying to guess what these tools and machines do -- so strange to us, but would have been in every kitchen!

Displays range from the basement to the second floor, but if you ask nicely, chances are your docent will agree to bring you up to the attic, where you can see clothes and artifacts not currently on display! Some rooms are furnished and decorated much like the well-to-do family who lived there in the late 1800s would have experienced. 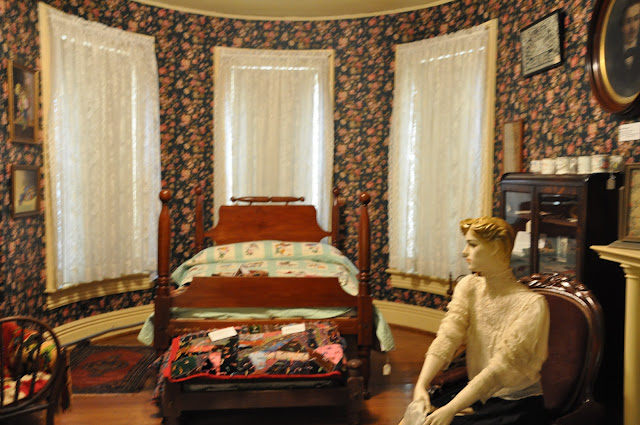 Out in the coachhouse are several very interesting artifacts: a horse-drawn hearse and an incredible horse-drawn fire engine. 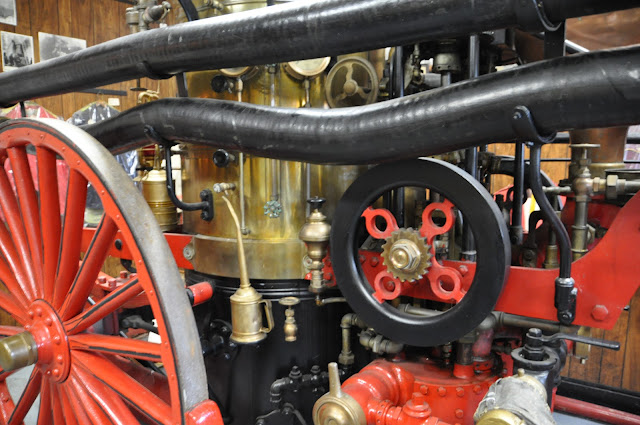 Local historical society museums are often overlooked, but there are a wealth of great information and fun exhibits to be found in them!

Beginning in March, I started a series of posts about Clearfield County, PA. This is the fourth of this series. To see others, click on the label "Clearfield County" at the bottom of this post.

For other day trip destinations in and around Clearfield County, go to the Blog's Find a Great Place to Day Trip or click on the Clearfield County label below.
Posted by Jody Arneson at 8:30 AM