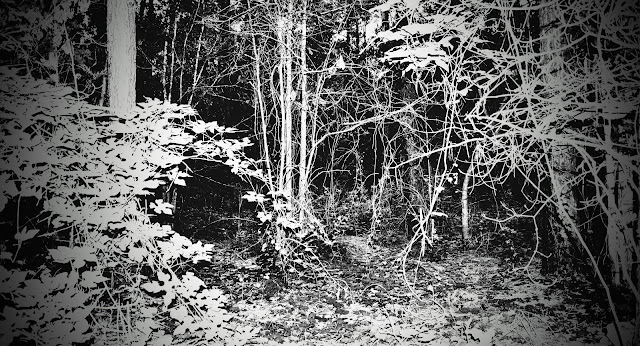 Furnace Town is a living heritage “outdoor” museum in the Pocomoke Forest, believed to be the "most haunted forest" in Maryland. On the grounds of the living museum are a collection of restored historic buildings and the remains of the old iron furnace. Although the buildings were not original to the site, paranormal activity has been reported in the buildings and on the grounds for years. 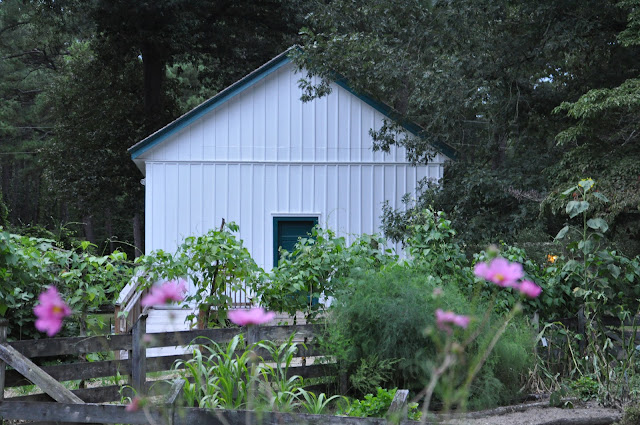 Sightings of Sampson Harmon, a free Black man who worked at the iron furnace and lived in the forest with his cats until he was 104 years old, have been known to occur; some people catch a glimpse of his cat. Harmon is one of over a dozen spirits believed to haunt the Pocomoke Forest, which has a 200 year legacy of being haunted., and it is by far, the most haunted forest in Maryland.

We started the evening by gathering in the pavilion next to the visitor center at Furnace Town. Chesapeake Ghosts introduced our guides and the paranormal investigative team.

They distributed k2 meters, which measure electrical energy in an area and are believed to provide reliable indication of paranormal activity. The large group was then split into smaller groups of 12 to 15. 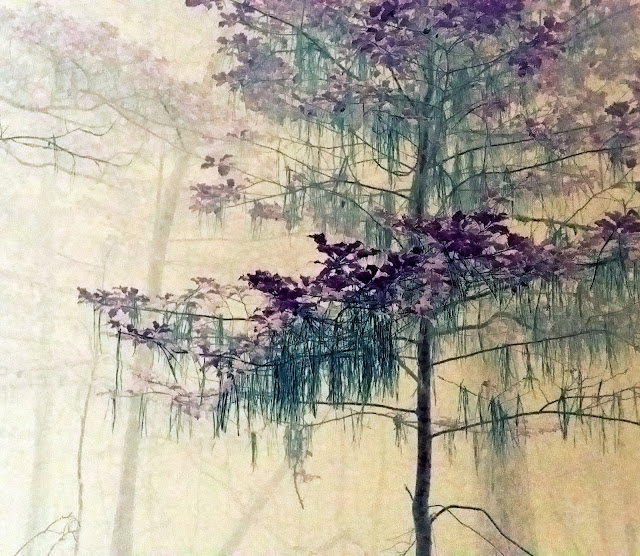 During the ghost tour, we entered some of the old buildings, where an paranormal investigative team had set up their equipment. They investigated and discussed what they were doing, and why.

While one group visited the historic buildings and investigated with the professionals, the other group headed onto a short hiking trail into Pokamoke Forest. Then the two groups switched. Toward the end of the evening, both groups joined up again to visit the chapel and do a combined ghost hunt there.

Did we find anything? My friend and I photographed numerous orbs, but it was also a buggy night, so ... are these orbs? or bugs?? Cool though. It was also fun to listen to the ghost stories. Exploring a trail in a haunted forest is also a different spin on a traditional ghost hunt.

Even though we experienced some rem-pod activity and several of our group members caught EVPs (electronic voice phenomena), the atmosphere never felt negative or terribly scary. If there were ghosts there, they were friendly! (EVPs are sounds found on electronic recordings that are interpreted as spirit voices that have been either unintentionally recorded or intentionally requested and recorded.)

Overall, the evening was a lot of fun exploring Furnace Town and entertaining the possibility of meeting a ghost. We'd definitely consider doing it again!

Hours: Check the website below for the dates and times of the paranormal investigations.