If you grew up in the United States and paid any attention at all to US History, it's a name you've heard from childhood: Valley Forge. Images of a hard winter come to mind, a disorderly, ragtag and hungry army standing up against the British bullies -- better armed, better clothed, better trained -- and yet somehow pulling victory out of the jaws of defeat.

Valley Forge, northwest of Philadelphia along the Schuylkill River, is where General George Washington sheltered during the desolate winter of 1777 - 78. His army -- the Continental Army -- entered a ragtag force; when they left, they left better trained, if not better armed or clothed.

Valley Forge National Historical Park tells the story of that long winter encampment, the horrid conditions they endured, the disease that killed more men and women (yes, there were women there as well) than the Brits did, and how a foreign mercenary -- General Von Stueben -- helped train the army into a fighting force. 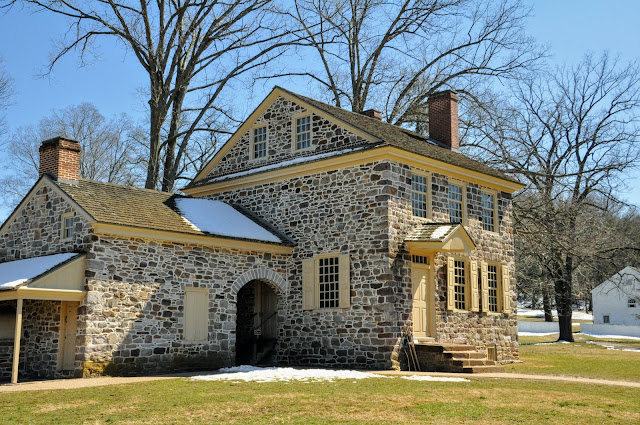 While you're there, you should visit the stone house which Washington made his headquarters. It has been restored to the way it looked when Washington was there. As you tour all three floors, just imagine adding 30 more people -- Washington's highest officers and aids -- to that little stone house, which is more a cottage than a mansion. How crowded it would have been! However, the stone house is a mansion compared with the log huts Washington's troops were sheltered in. 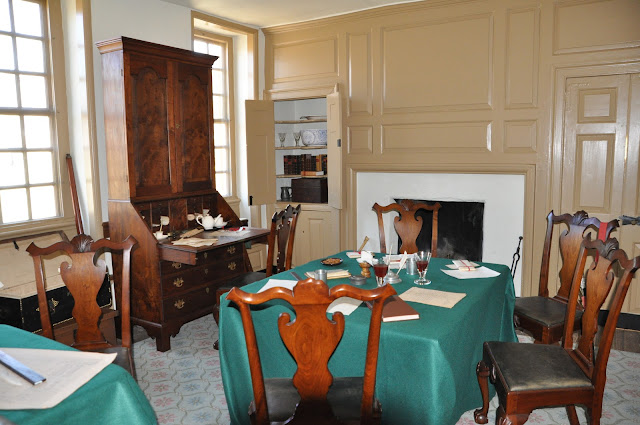 The Muhlenberg Brigade, led by Montgomery County native Peter Muhlenberg, was among those who arrived in Valley Forge on December 19, 1777. A series of recreated cabins have been built on the site where Muhlenberg's men were encamped. The original, hastily erected huts were built in a matter of days of arriving at Valley Forge. Throughout the park, there are clusters of the cabins, all windowless, cramped. How they must have smelled!

Although the park is a historic site, it's also much more than that. A lovely walking/hiking/biking trail traverses the park, and even though we visited on a brisk late winter day, there were lots of dog walkers, joggers and bikers on the trails. 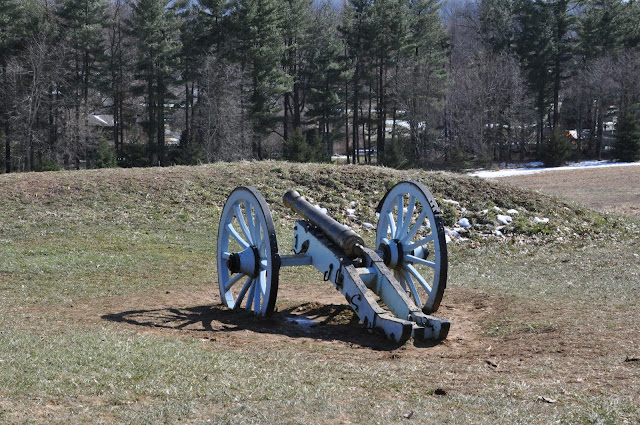 There's also the U.S. National Memorial Arch, a monument built to celebrate the arrival of General George Washington and the Continental Army at Valley Forge, is located within the park. 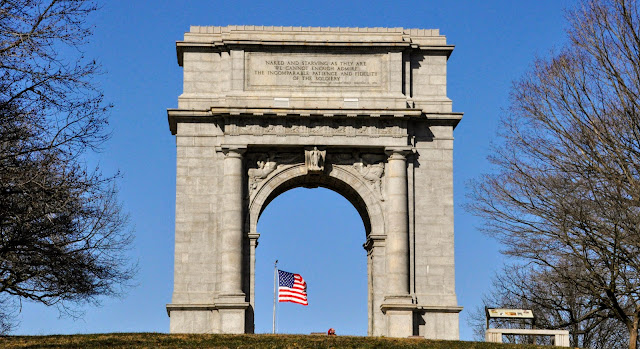 On the outskirts of the park on Route 23 is the Washington Memorial Chapel, which is an ode to patriotism, with eagles guarding the four corners of the tour, and ornate stained glass windows all depicting scenes from the states or U.S. history. The chapel is both a national memorial dedicated to General George Washington and an active Episcopal parish, so please be mindful of church services and events if they are going on.


Know before you go: I recommend going on the trolley tour, which runs three or four times a day. It's a 90-minute, narrated tour of the park that takes you past the major park sites. You get a chance to get out and tour the Muhlenberg Cabins and Washington's Headquarters on foot. Look on the website for trolley tour times and tickets, and plan accordingly. 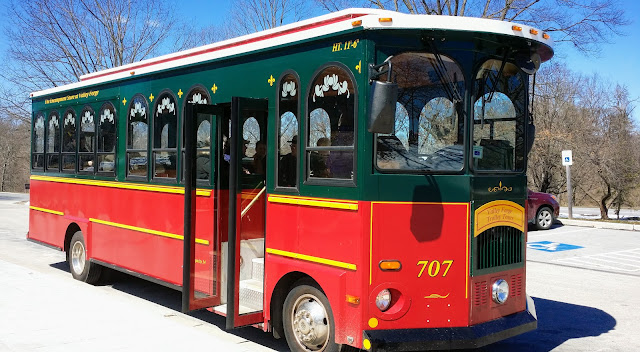 Dogs: In the park and along its trails, yes. Visitors center, no. Trolley tour, no. Washington's Headquarters, no.