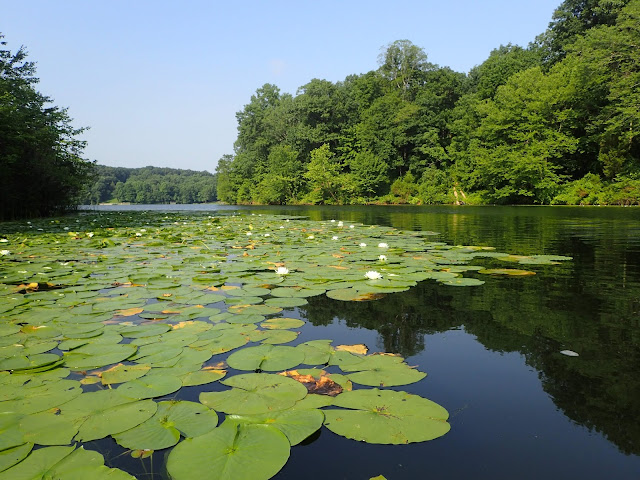 If you're looking for a relaxed paddle within easy reach of Baltimore, Piney Run is probably the place for you! 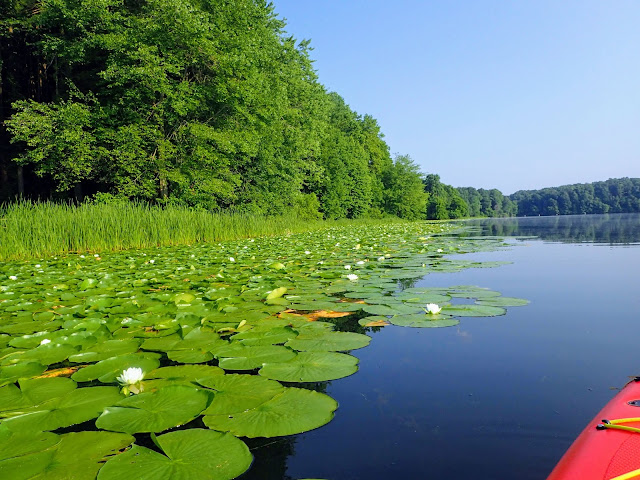 We spent an enjoyable couple hours exploring Piney Run, which is located in Carroll County, MD, recently. There's a kayak launch -- always appreciated -- that makes getting into and out of the lake easy as can be. Although we arrived within an hour of the park opening, at least five fishermen were already out on the lake, enjoying the early morning. 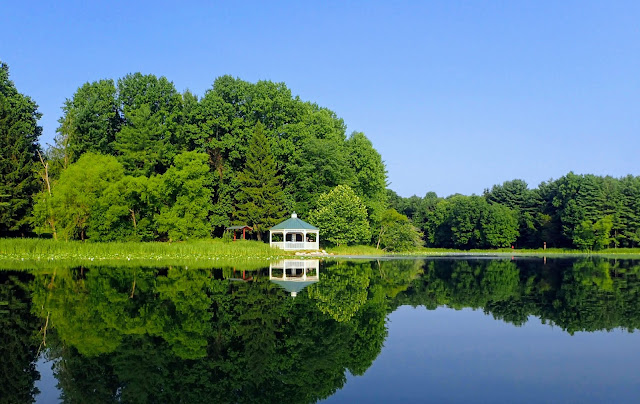 By the time we emerged, the boat center had opened, and numerous kayakers were out on the lake. Still, there were plenty of places to seek solitude, where all you heard was literally the song of birds in the trees, and the sound of your paddles and the water slurping against the side of the kayak. 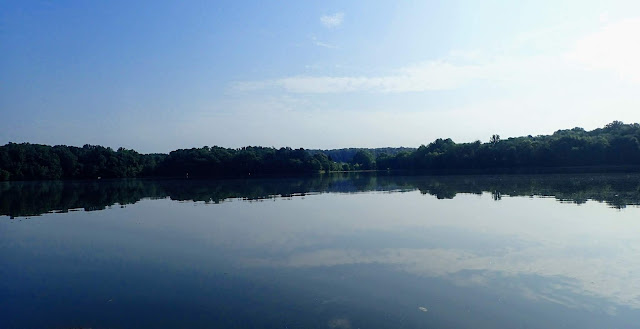 Although I was disappointed that there were no great heron (that we saw), there was a pretty green heron stalking fish around the shoreline. Of course, there were also ducks and the ubiquitous Canada geese. There weren't as many turtles as we've noticed in other lakes in Maryland, but several times we saw beaver or muskrat -- probably muskrat, come to think of it. But there were certainly signs of beaver: big trees gnawed down, although not felled by the critters. 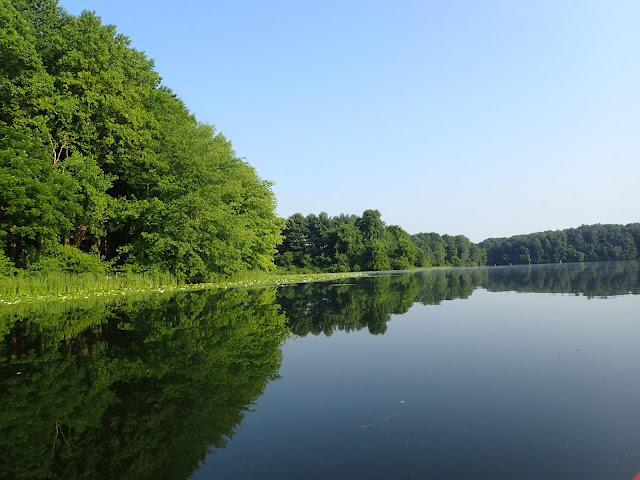 I realized during this paddle that all lakes seem to have a personality. This one has a healthy, laid back attitude. The water was healthy and clear, and it was easy to see down probably 8 or 9 feet into the grasses at the bottom of the lake and the fish darting hither and thither. On the shore, we watched a doe watching us, ready to spring away if we became a threat.

The shallow edges of the lake were covered with a lovely, white native water lily. So pretty. 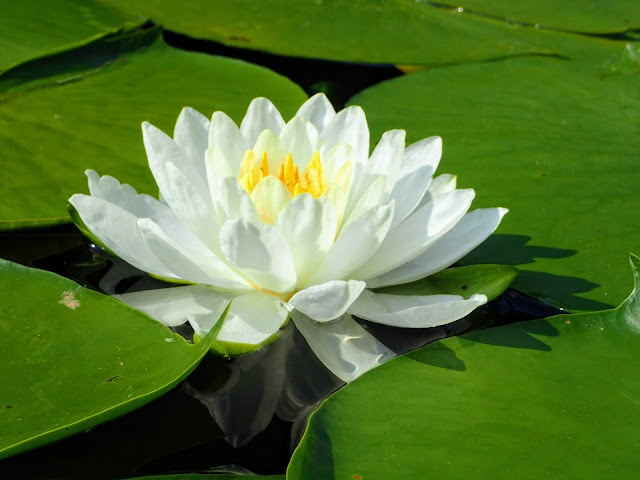 The park was opened in 1974, featuring the 300-acre lake as its centerpiece and provides multiple recreational activities such as fishing, boating, boat rentals and park sponsored fishing tournaments.

The lake is surrounded by 550 acres of fields, forest and open spaces which contain more than 5 miles of hiking trails, as well as tennis courts, playgrounds, climbing rock, picnic tables and comfort stations. The Piney Run Nature Center, Park Office and six pavilions are all located near the main entrance which is accessed off of White Rock Road. 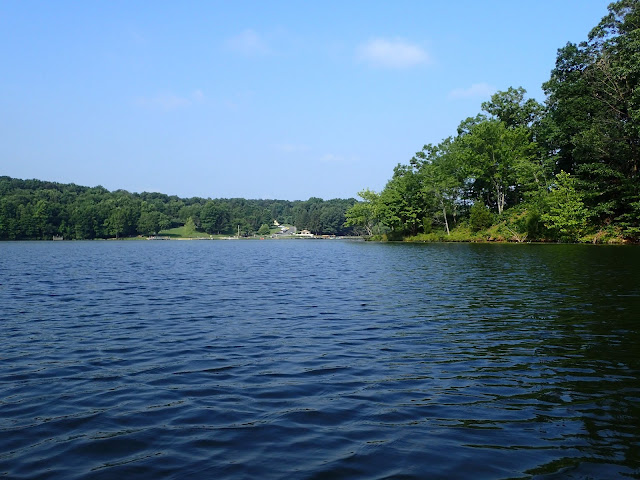 Getting there: 30 Martze Road, Sykesville, MD 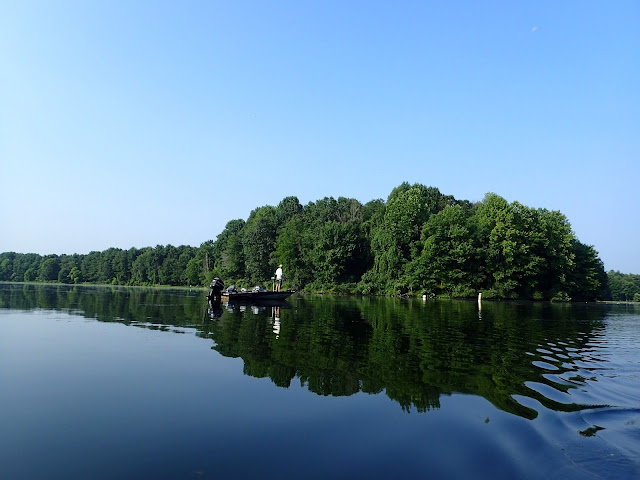 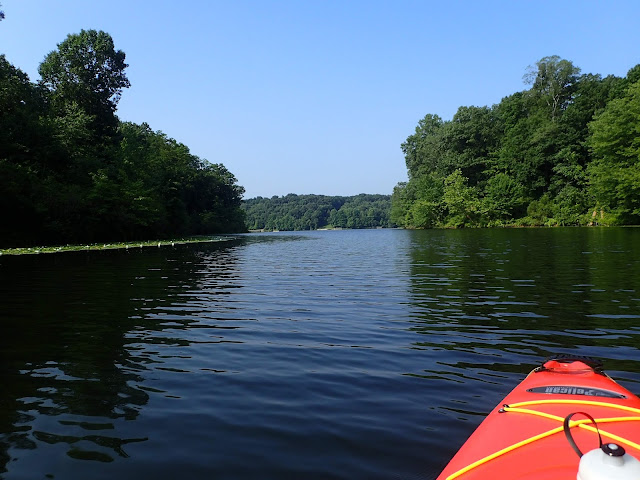