Another Wonderful Maryland Lake to Kayak! 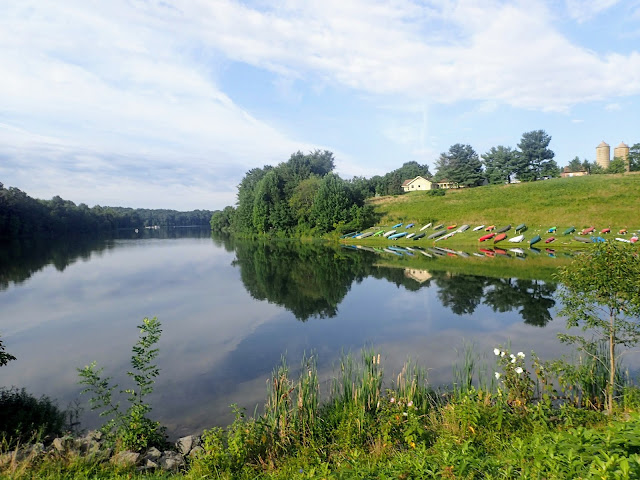 Little Seneca Lake, anchoring Black Hill Regional Park, is a reservoir located in Montgomery County, MD. Don't be fooled by the name -- this more than 500-acre lake, which was man-made and completed in 1984, runs about 7 miles long and curls into numerous inlets and coves. Three creeks -- Little Seneca, Cabin Branch and Ten Mile -- come together to form Little Seneca Lake. 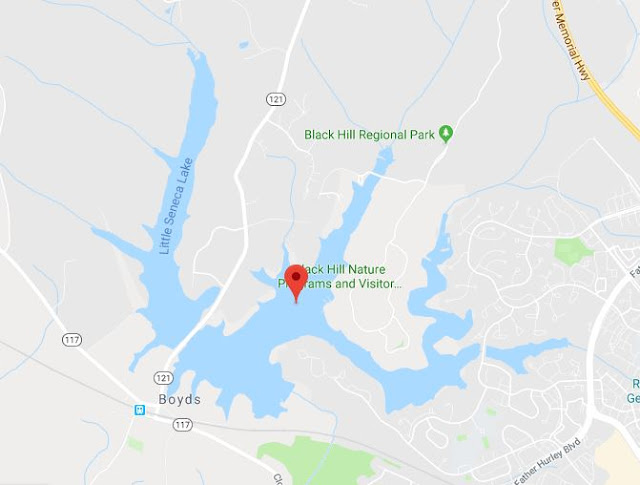 Black Hill Regional Park has more than 2,000 acres of land for outdoor recreation and family gatherings. With walking and biking trails, playgrounds, picnicking shelters, there's a lot to do on land. What drew us to the park, though, was the lake. With all the inlets and coves, there's a lot to explore. 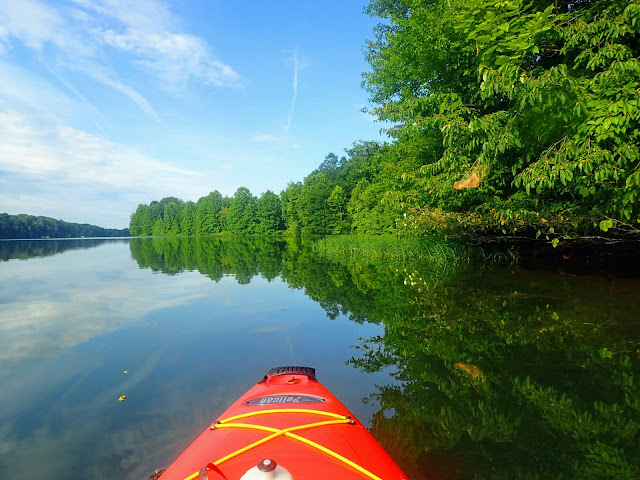 The wooded slope where the boat rentals are currently located is called Black Hill. Local lore indicates the hill acquired its name from a railway fire. The early B&O Railroad trains threw off hot cinders, and one day these cinders started a fire that burned the hill black. 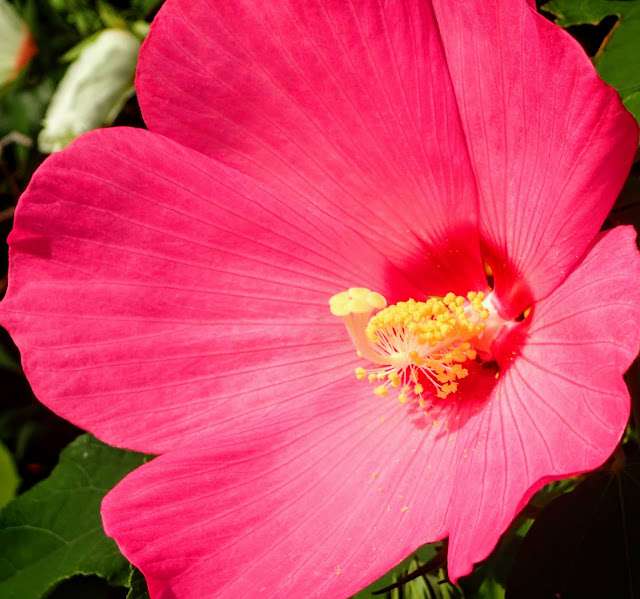 Another story claims Black Hill was named after the gold fields of Black Hills, SD when a few farmers who lived nearby discovered gold on their land in the late 1800s. The amount of gold in the ore was low, but not low enough to discourage enthusiastic locals, who excavated several open pits. Whether that's how the area acquired the name is up for debate, but the mining pits really exist. You can see one of these old mining pits if you walk past the Park Manager’s office along the Black Hill Trail. 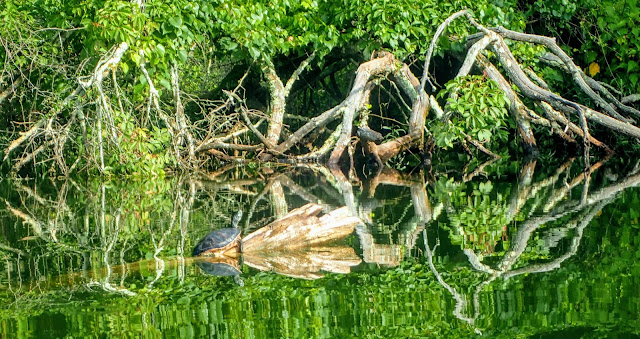 Red-bellied cooters and the smaller painted turtles like to bask on logs and we noticed several logs crowded with turtles. On sunny days, hundreds of these solitary creatures come together, sometimes piled on top of each other, to warm their muscles and raise their body temperatures so that they can digest their food. 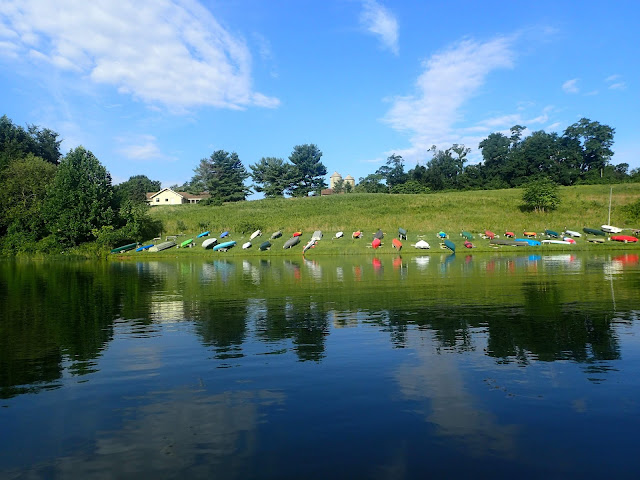 We paddled under the Clarksburg Road Bridge, not realizing that we also paddled over another older Clarksburg Road that lies beneath the lake, 40 feet down. This road, also known as the Seneca Path, followed the course of a trail used by Native Americans of the Seneca Nation in the 1600s. 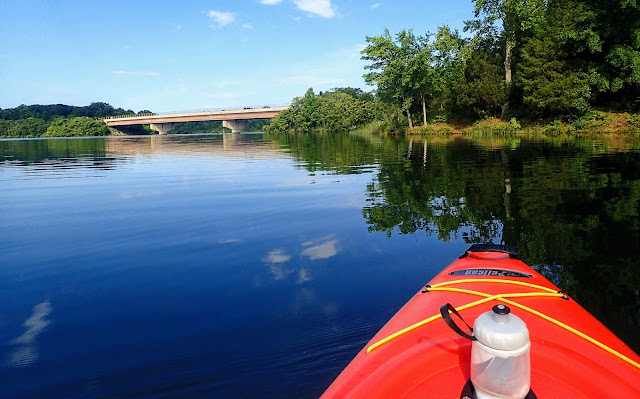 There's even a forest of dead trees. When the stream valley was flooded to create the lake, many trees were left standing on purpose. These snags provide excellent habitat for creatures such as birds and fish. But keep an eye on the water as you kayak, as some stumps lurk pretty close to the surface and could snag your kayak. 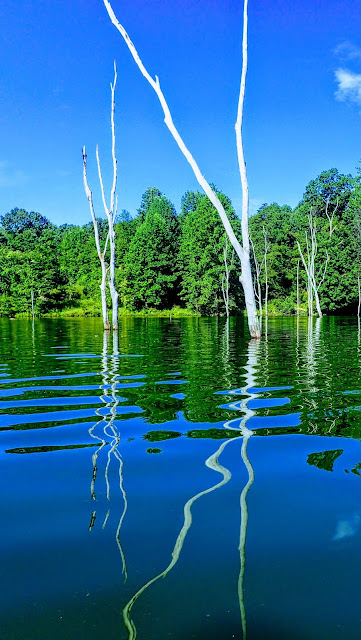 Know before you go: You can rent a canoe, kayak, or rowboat from Black Hill Boats May through September (see the website for more details and specific times). For trails, including a water trail, click here. Finally, click here for specific information about the Black Hill Water Trail. 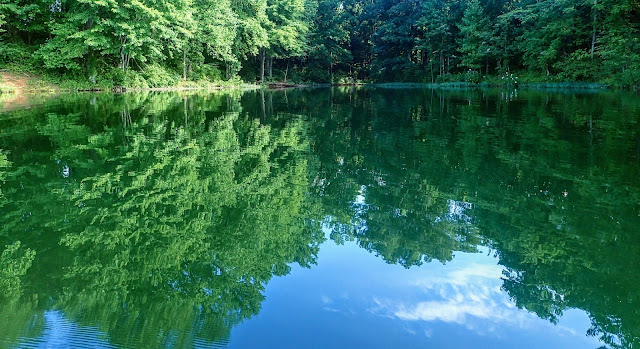