The lake beckoned to us when we drove around the park for Winter Lights. Even as we were admiring the animated reindeer jumping across the road, we were thinking, "gotta come back during kayaking season."

The lake is Clopper Lake, at the Seneca Creek State Park. This state park -- all 6300 acres of it -- is a popular recreation area in Montgomery County, with 14 miles of Seneca Creek running through it to the Potomac River. The park features facilities for boating and fishing as well as trails for hiking, cycling, and horseback riding. 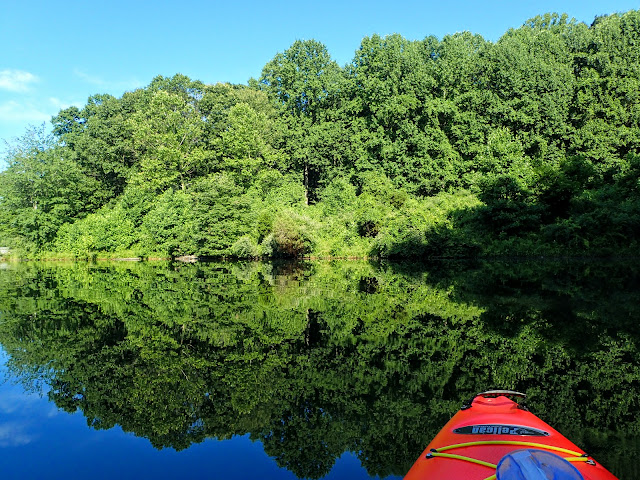 The day promised to be beastly hot, so we arrived as the park officially opened; a 5k race was just wrapping up. There was only one other kayaker out on the lake by the time we parked and unloaded; by the time we glided back in to the dock, there were almost a dozen -- still mostly fishing -- out on the water, but by then, the Boat Center had opened, and the kayak rentals were being arranged. 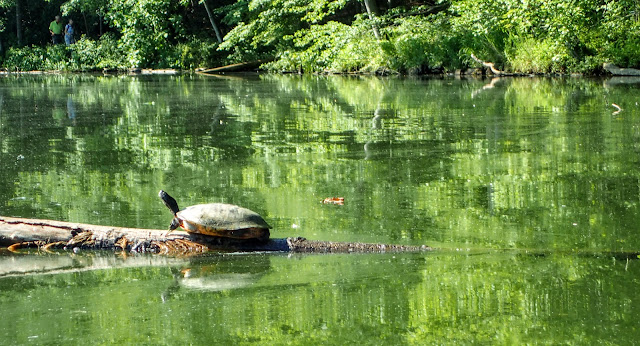 On a windless summer morning, the lake was smooth as glass, a mirror for the blue sky above and the tree-lined shore. We saw numerous great heron, majestically stalking fish and other consumable water creatures. And turtles, red sliders, mostly, but a few snapping turtles lurked in the depths.

In 1975, Clopper Lake was created for recreational use and flood control by damming Long Draught Creek, a tributary of Seneca Creek. 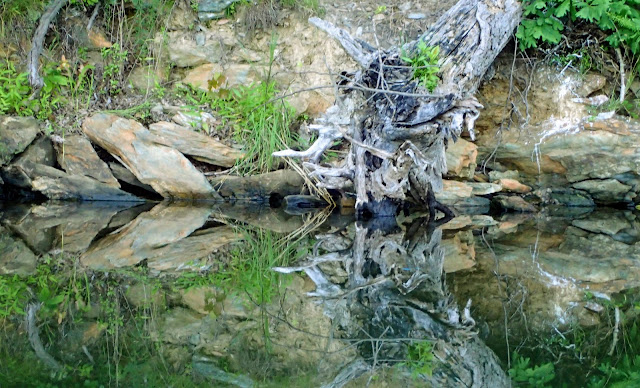 The park contains 50 miles of trails, some immediately surrounding the lake, and 12 miles in the Schaeffer Farm Trails Area. Trails aren't just for hikers though: keep an eye out for mountain bikers and horse riders, and cross-country skiers when there's enough snow on the ground. The popular Lake Shore Trail loops around Clopper Lake, offering changing views of the lake. The Seneca Creek Greenway Trail follows the entire length of Great Seneca Creek for 16.5 miles from Route 355 to the Potomac River.

The park offers some historical interest as well as recreational fun. The remains of Seneca Quarry, built in 1837, is off Tschiffely Mill Road just west of where Seneca Creek empties into the Potomac. The mill cut the red sandstone for the Smithsonian Castle. The restored quarry masters house stands above the quarry site. Both are now part of the state park. 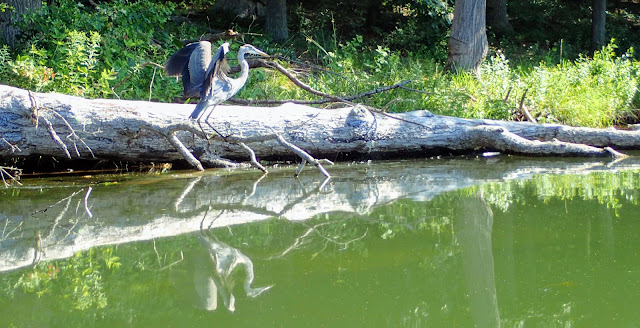 The partially restored Black Rock Mill has interpretive exhibits featuring a history of area floods. The Seneca Schoolhouse is a restored 19th-century schoolhouse which was built for the children of local quarry laborers. Parts of the park were once part of an estate owned by the Clopper family. The Woodlands area near the Clopper Lake Day Use Area commemorates the Clopper family with a self-guided trail that offers a look into life in the 19th century. 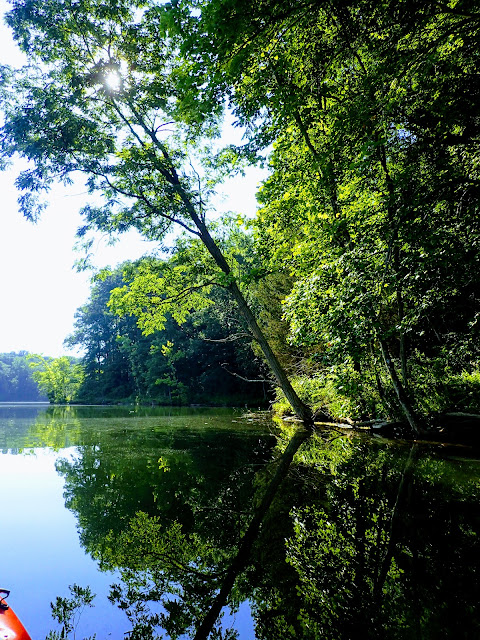 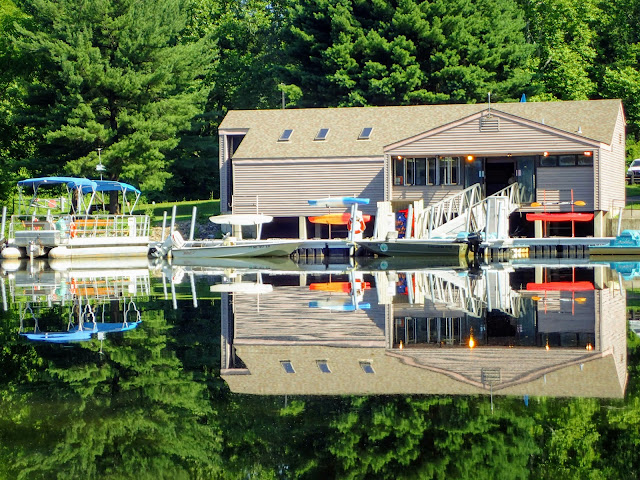 Know before you go: Clopper Lake has a boat center, where you can rent canoes, pedal boats, rowboats, or kayaks. Trail maps can be found here.

Hours: The park is open 8 a.m. to sunset, March through October; 10 a.m. to Sunset, November through February. The boat center is open weekends and holidays only May through mid-June; Wednesday through Sunday and holidays starting mid-June: opening 10 a.m. Last boat rental 1.5 hours before sunset: all boats must be docked 30 minutes before sunset. 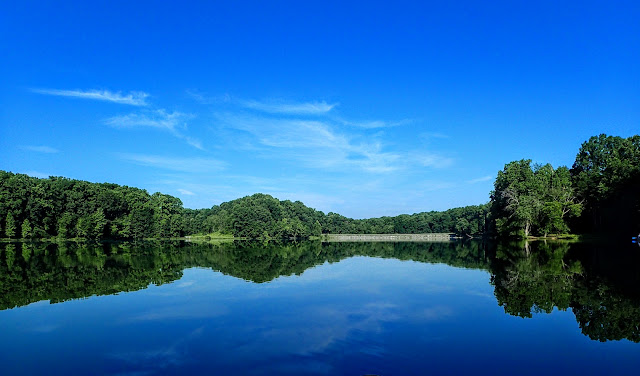