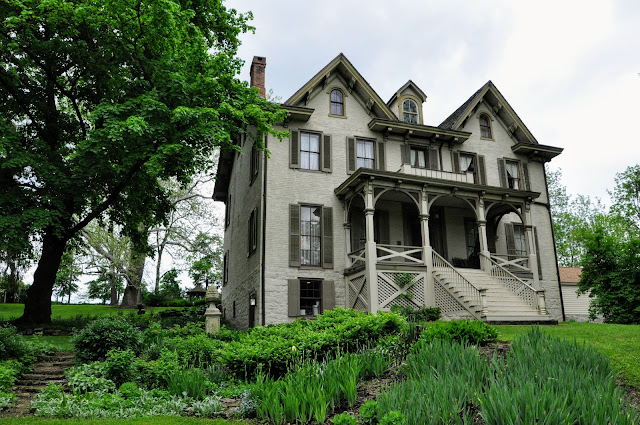 Minutes from the Penn State campus in Centre County is an historic mansion that helps tell the story of the iron industry in America, how the county got named, and Penn State itself was founded.

The mansion is a restored and furnished ironmaster's home listed on the National Register of Historic Places, and is the headquarters of the Centre County Historical Society. This historic mansion and nearby iron furnace stack represent the 18th century beginnings of the charcoal iron industry in the central Pennsylvania area, and the 19th century beginnings of the Pennsylvania State University. It was the home of Centre Furnace ironmaster Moses Thompson, his wife Mary Irvin Thompson, and their children from 1842-1891. 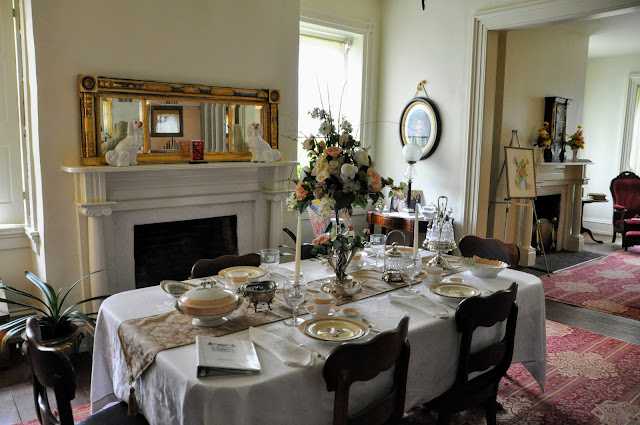 The Centre County Historical Society operates the mansion as a house museum, which also houses various community exhibits and events and has been restored and furnished to reflect the period of residency of Thompson and his family. 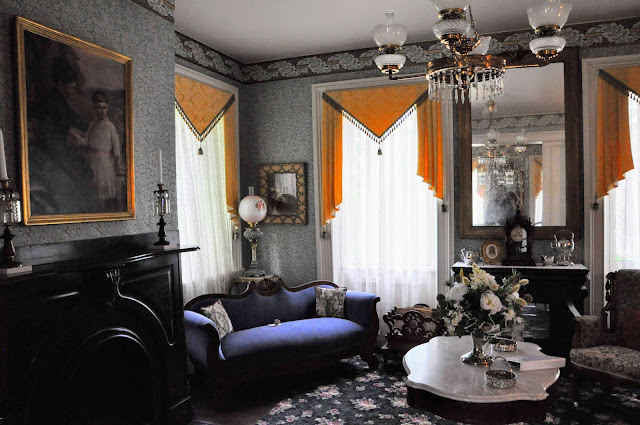 When the first settlers arrived in North America in the seventeenth century, iron tools, weapons, and cooking implements were staples of Northern European life. Unwilling to rely on imported objects from Europe, the early colonists established their own integrated ironworks in Saugus, Massachusetts in 1646. All of the natural resources needed for iron production were available in abundance in Pennsylvania, and production began in 1716. The high quality of the resources made Pennsylvania iron among the best iron in the world. 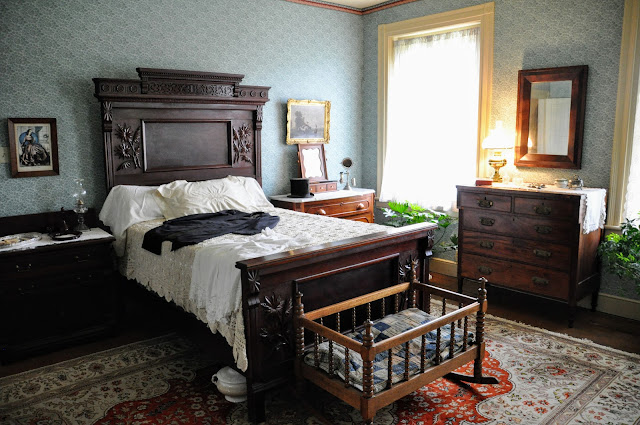 By 1767, entrepreneurs saw the potential for great profits in the sparsely populated area west of the Susquehanna. After the American Revolution, 83 new iron works were established in Pennsylvania, with almost a third of the new growth concentrated in the middle of the state. 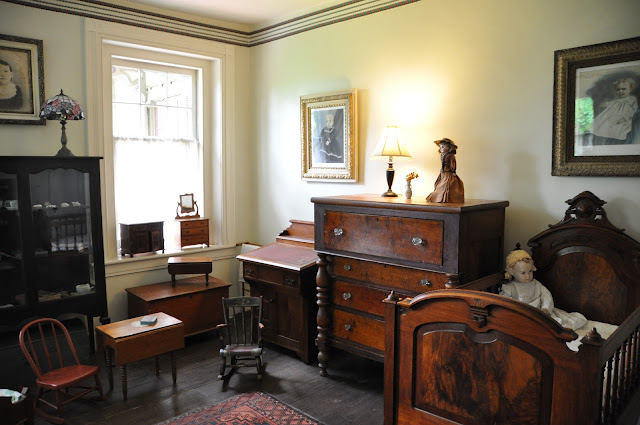 In the 1770s and 1780s, prominent Philadelphians bought large quantities of land in Centre County. In the spring of 1792, Centre Furnace, located on this site, went into blast and became the first major operation in what was then Northumberland and Mifflin Counties. When Centre County was formed in 1800, it was named for Centre Furnace. Other businesses quickly followed and by 1850, the “Juniata Iron Region” -- comprising of Blair, Centre, Clinton, Huntingdon, and Mifflin counties --boasted 48 furnaces and 42 forges. Until the rise of coal and coke iron making, the region produced more iron than any other in the nation. 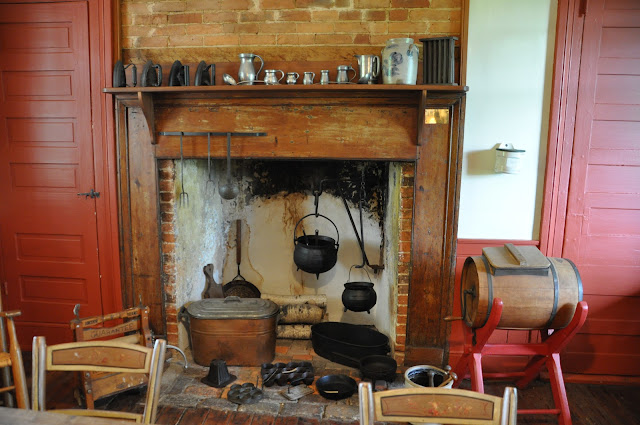 Mary Thompson was well-known as a gracious hostess, and probably was the primary decorator of the Centre Furnace Mansion – the oasis in the middle of industrial Centre Furnace Village.Touring the house, you gain a sense of the Victorian decorum and elegance that the Thompsons carved out for themselves. The rooms are well appointed and furnished, windows span floor to ceiling as was common for Victorian homes. 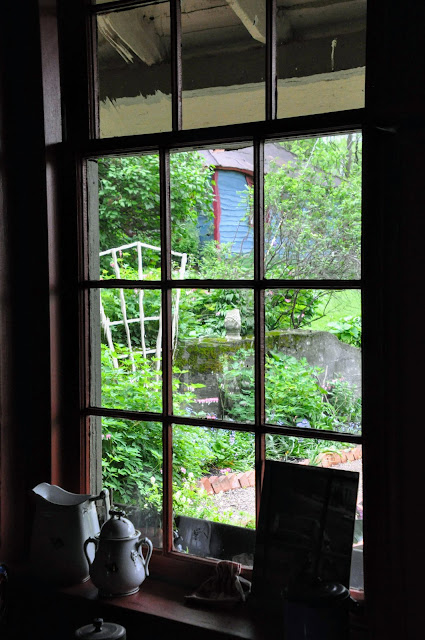 Thompson was an American-style investor and entrepreneur, investing in the Bald Eagle Canal; several local turnpikes; the Bald Eagle Valley Railroad; and the Lewisburg, Centre and Spruce Creek Railroad. He also was one of the donors of acreage and money to the new Farmers High School in 1855, later serving as its secretary (1859-1865) and then treasurer (1867-1874). Farmers High School evolved into Penn State University.

Throughout the house museum, there are some lovely paintings and artwork, all contributed to the Centre County Historical Society, which runs Centre Furnace Mansion. Behind the house is a lovely witness tree, a 250-year-old sycamore, which dominates the landscape graced with gardens and expanses of lawn, as would have been common in the Victorian Era. 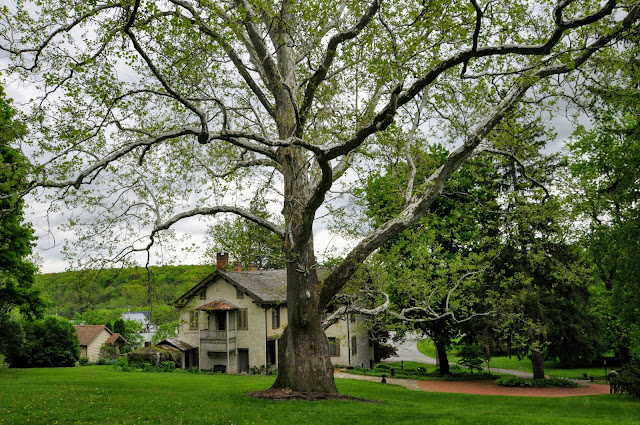 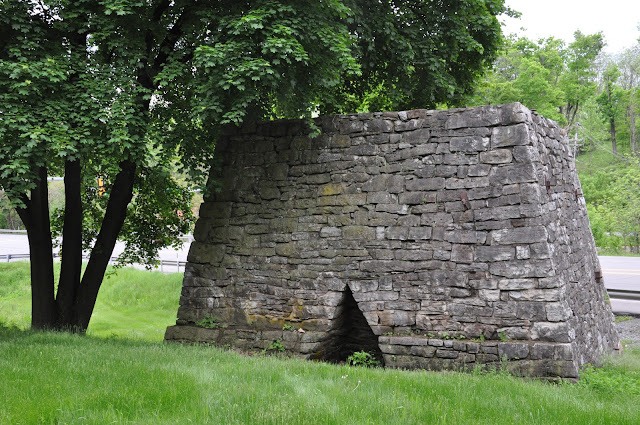 This stay was provided by Comfort Suites and the Central PA Convention & Visitors Bureau.
Posted by Jody Arneson at 7:30 AM