As strange as it may seem to us now to call a plantation owner remarkable, I visited the former home of a remarkable man. John Dickinson, referred to as the Penman of the Revolution, for his Letters from a Farmer in Pennsylvania, where he eloquently argued the cause of American liberty. He also was a solicitor and politician who played a key role in the founding of the United States. 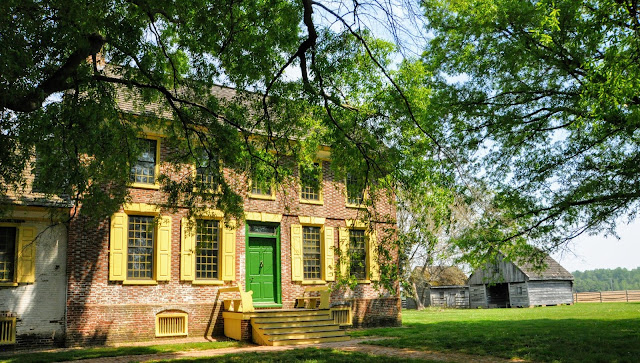 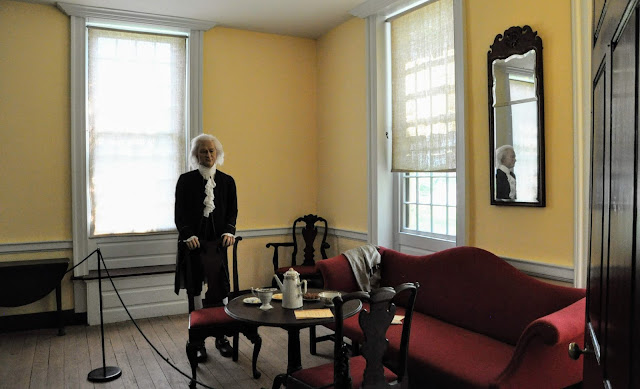 But none of that is why I think this guy is remarkable (although all that certainly would make him remarkable in its own right). He inherited his family's plantation and enslaved community. But, unusually enough for his time, this white man thought freedom applied not just to white people but also to black people. In 1776, he conditionally freed some of his enslaved community -- men and women older than 21 were freed (it is unknown why he imposed this condition). By 1787, he fully freed all remaining slaves.

For his time, he was progressive.

Without slaves, he was unable to work his plantation, which he then rented out, so unfortunately, slavery continued on the plantation grounds.

After Dickinson's death in 1808, the early Georgian-style mansion and 13,000-acre plantation passed to his daughter; the house and diminished acreage remained in the family until 1933. Then the property passed through a series of owners. 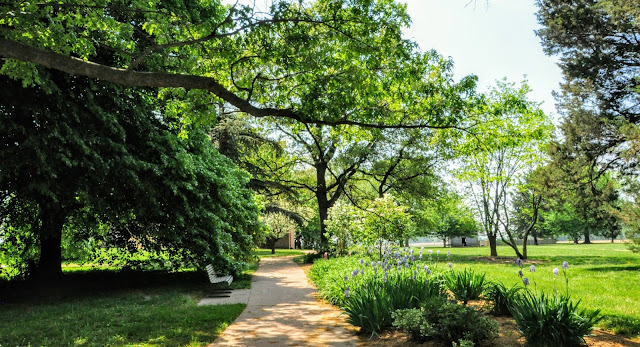 In 1952, the National Society of the Colonial Dames of America in the State of Delaware purchased the mansion with 12 acres of land and presented the site to the State in Constitution Day ceremonies that year. The mansion opened as a museum in May 1956, after three and a half years of restoration. 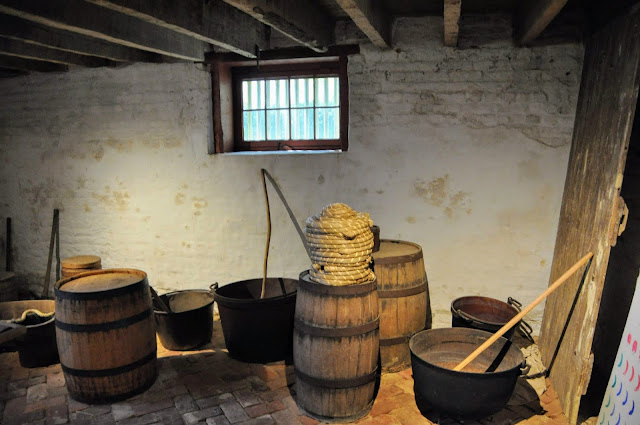 Today you can explore the grounds immediately surrounding the mansion, which includes the Dickinson family burial ground (the location of the slave cemetery is unknown -- yes, I asked). The Colonial-era home built in 1745 and reconstructed outbuildings showcase the daily life of a plantation, including the lives and activities of the enslaved and free African Americans. The house tours lead you through the basement, first and second floors of the house, which have been restored to reflect the period when John Dickinson lived there.

The slave cabin at the Dickinson Plantation is a replica built of wood with a dirt floor and a functional fireplace. 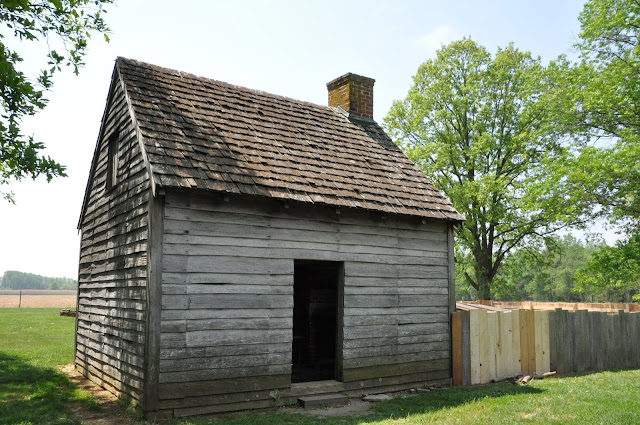 When we visited, there was an interesting exhibit, "Five Stories," which explored the lives of the people who lived in the late-18th- to early-19th-centuries on the plantation. Panels tell the stories of John Dickinson’s father Samuel; Dinah, an enslaved woman owned by Samuel Dickinson who was later manumitted by John Dickinson; Mary Norris Dickinson, wife of John Dickinson; William and Deborah White, tenant farmers at the John Dickinson Plantation; and John Furbee and his brother Peter Patten, free-black men who rented farmland from Dickinson. 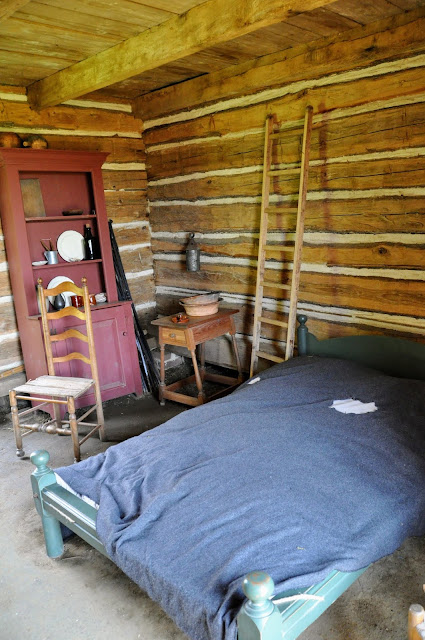 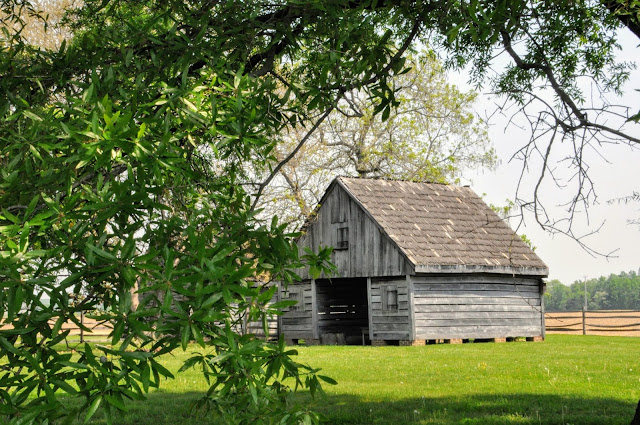