Riversdale House and Stories of the Stiers, Calverts and Plummers

This is another wonderful daytrip destination that's been lurking within less than an hour's drive of Baltimore, and 30 minutes from Washington DC but which is often overlooked. And that's really sad -- touring it helps folks understand an important part of Maryland state history.

Riversdale is a five-part, large-scale late Georgian mansion with an classic Federal interior, built between 1801 and 1807. The mansion was constructed for Henri Joseph Stier, Baron de Stier, a Flemish aristocrat who fled his native Antwerp with his family during the French Revolution. 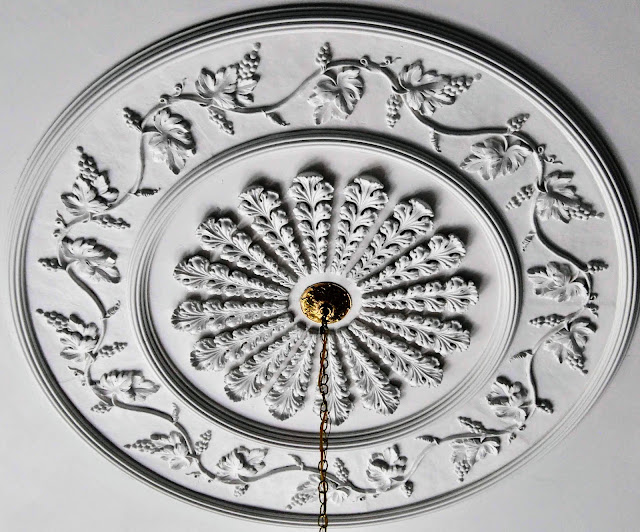 The house museum primarily interprets the period when Stier's daughter, Rosalie Stier Calvert, and her husband George, lived in the home. (Before and during the construction of Riversdale, Stier lived in the Brice House in Annapolis.) 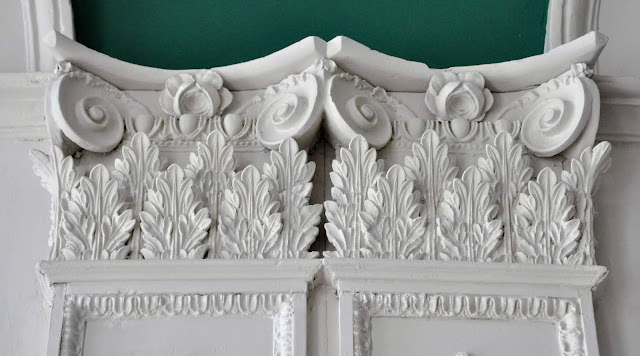 Stier planned the house in 1801 to resemble the Chateau du Mick. Four years later, Stier returned to Belgium (then France -- Belgium didn't become its own country until 1830), leaving the unfinished Riversdale to be completed by his daughter, Rosalie Stier Calvert and her husband, George Calvert, the son of Benedict Swingate Calvert, who was a natural son of Charles Calvert, 5th Baron Baltimore.

Today the mansion has been mostly restored to its original conditioned, although it has air conditioning and electric; rooms on the first floor of the left wing (as you face the house) have not been restored. 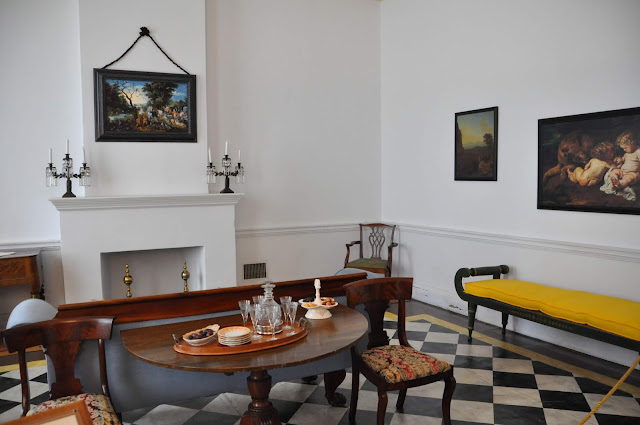 Like most large property owners in Maryland at the time, the Calverts were enslavers. We know a little about what it was like to be an enslaved individual on Riversdale Plantation because among those George Calvert enslaved was Adam Francis Plummer, who was born in 1819 on the Goodwood Plantation, also owned by Calvert. Plummer, unusual for those enslaved, was taught how to read and write. The tour of the house and grounds reveals details about Plummer's life, as well as the lives of the Calverts.

Plummer was moved at the age of 10 to Riversdale. He began writing in his diary in 1841 after his marriage to Emily Saunders Arnold, continuing until his death in 1905. His daughter, Nellie Arnold Plummer, continued to write in the diary, expanding on the family narrative begun by her father. Plummer noted in his diary the arrival of indentured servants, as well as the arrivals, births, marriages, debts, and deaths of other enslaved individuals and servants on the property. Most of the entries in the Diary of Adam Francis Plummer are of dates of events, such as births and deaths, or inventories, like Plummer's possessions. The inventories often include the prices he paid for the items listed. These entries detail the conditions in which the author lived and tell us about the people and things he valued. 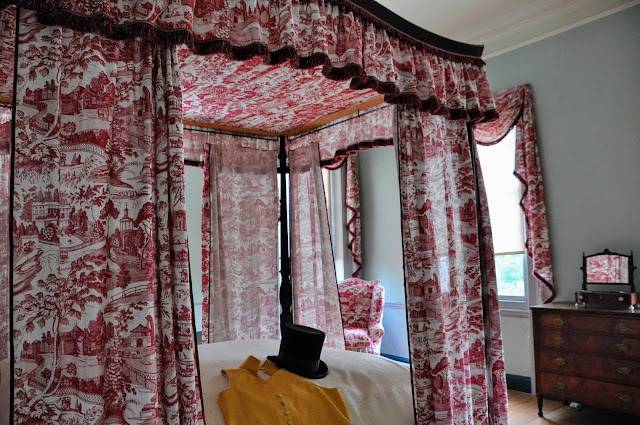 At its height, Riversdale Plantation spread out over 2,000 acres, stretching through many of the surrounding cities and towns, including Riverdale, Bladensburg, Hyattsville, and College Park. Rosalie and George Calvert's son, Charles Benedict Calvert, established the Maryland Agricultural College, now the University of Maryland, College Park, on part of the Riversdale property.

You will note that the name of the property differs, by an S, from the adjacent town: Riverdale. The Stier family likely named the property for its proximity to the northeast branch of the Anacostia River. But the town Riverdale, MD, was so named because its founders originally hailed from Riverdale Park, NY. 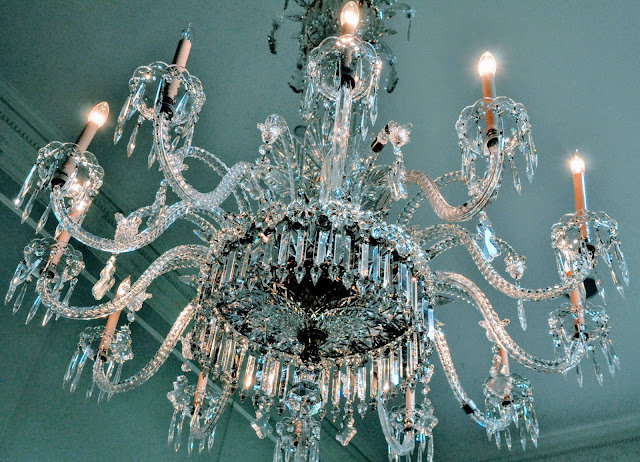 Know before you go: Understand the history of Riversdale better by reading two books: Adam Plummer's Diary (available here) and Mistress of Riversdale: The Plantation Letters of Rosalie Stier Calvert 1795-1821. 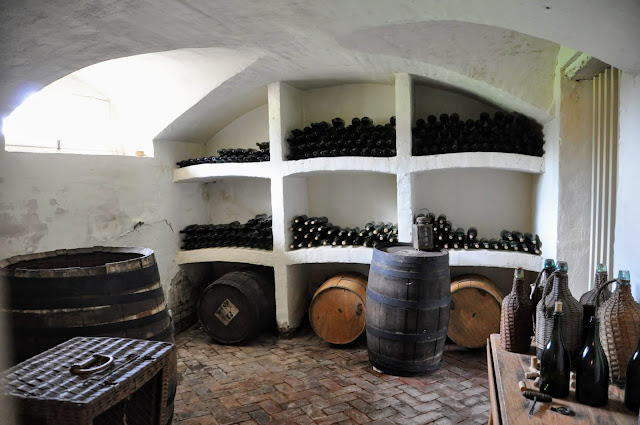 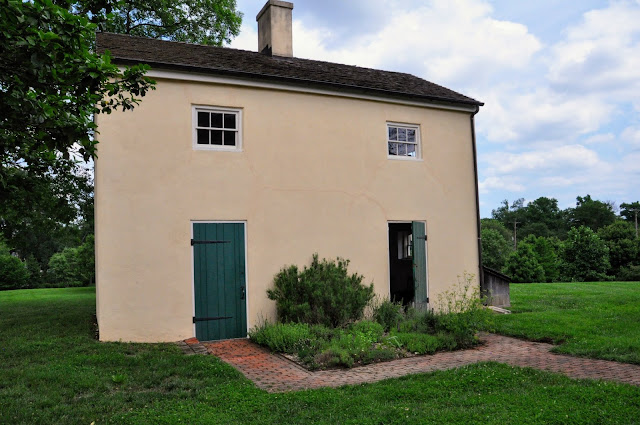 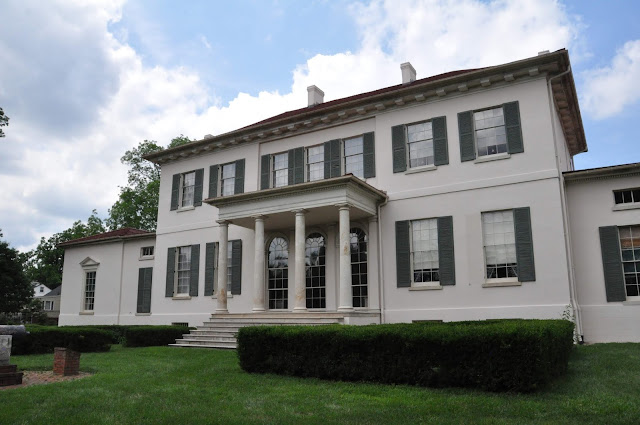