The International Edgar Allan Poe Festival will take place October 6-7 at Edgar Allan Poe Square/203 North Amity Street, Baltimore. This is exciting to me: Poe was my first favorite author -- his dark tales of gothic horror resonated with me at an early age. 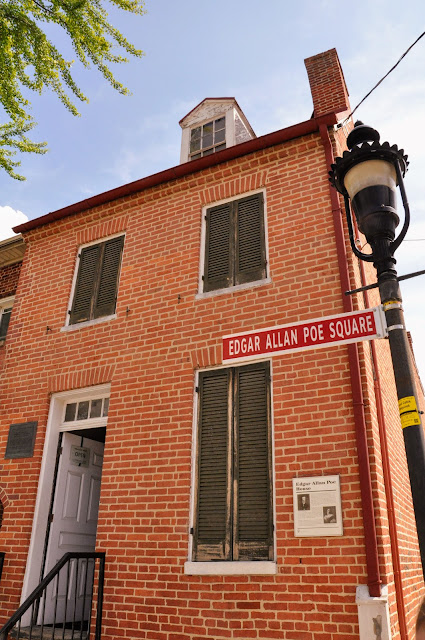 One of Poe's most famous poems, "The Raven" (for which the Baltimore football team was named) was published in 1845 and was instantly famous.Poe is, of course, more than another famous Baltimore resident. He is one of the nation's first literary greats. Several major east coast cities can claim Poe: Boston, New York, Richmond, Philadelphia, and of course, Baltimore. Baltimore is where he ended up, at the end of his too-short and troubled life. He is buried at the Westminster Burying Ground, just a few blocks away from the tiny house that now serves as a museum and offers insight into the lifestyles of those at or below the poverty line in the early 1800s. 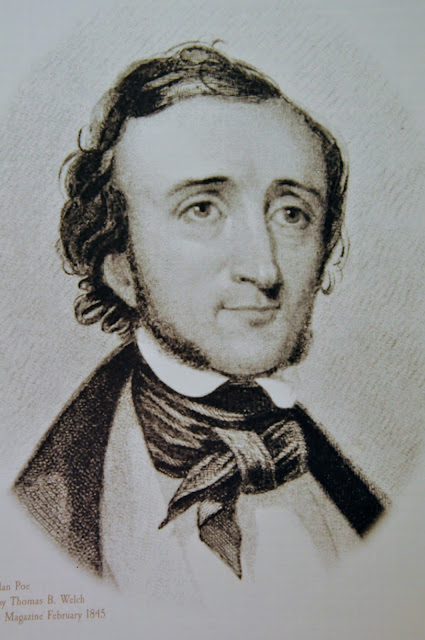 Poe, who was born in Boston and lived between 1809 and 1849, was best known for his poetry and short stories. He's considered the father of the detective fiction genre and is often considered a major contributor to the then emerging genre of science fiction. For those of us who once considered making their living as a Great American Writer (I kid you not), he's a hero: he was the first American writer to give it a go. He was frequently penniless.

The earliest surviving home in which Poe lived is in Baltimore. The Poe House, originally at 3 Amity Street (renumbered to 203 North Amity Street) is a small, unassuming rowhouse which, then as now, is not in the "best" part of town. It is an exemplar of a typical Baltimore rowhouse. He lived there between 1833 and 1836, but the house itself was probably built in 1830. Poe's Aunt maria Clemm rented it in 1832, where she lived with her ailing mother and young daughter Virginia. Poe moved in with the family in 1833, when Virginia was just 10 years old; three years later she married Poe, a fact that makes me uncomfortable (yes, I know that cultural mores were different then, but she was still a child bride).

The Poe House holds just five rooms: a parlor and kitchen on the first floor, two small bedrooms on the second (my king-size bed is bigger than the rooms, I think!), and a tiny attic room. The house retains most of its original woodwork.

Recurring themes in his work deal with questions of death and dying, including the physical signs of death, decomposition, and premature burial. Poe's death, like many of his short stories, is a mystery. He was found, delirious, on a street in Baltimore on October 3, 1849. He died four days later, still in his delirium. His death left questions unanswered: what happened to him? Why was he even in Baltimore? And why was he wearing another man's clothes?

Getting there: 203 North Amity Street, Baltimore