Snowy Hike to a Maryland Ghosttown 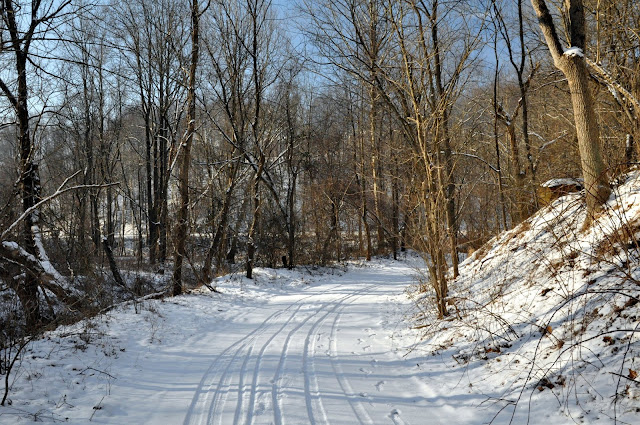 On Friday, a lovely, powdery snow fell, and I knew I wanted to go on one particular hike the next morning: to see the ruins of St Stanislaus Roman Catholic Church in the snow. 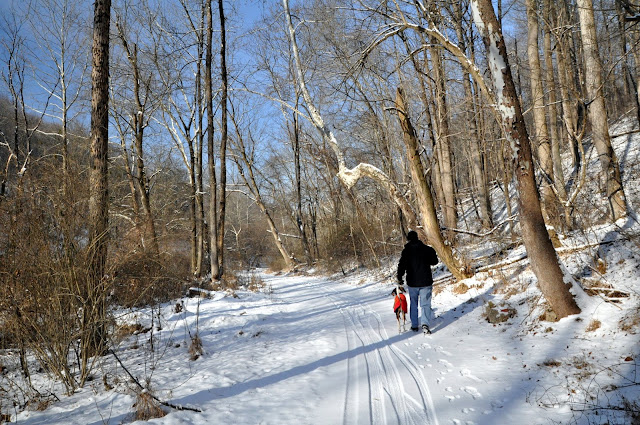 To get there, we'd have to follow the Alberton Road Trail in Patapsco Valley State Park into the ghosttown of Daniels. About 3/4 of the way to the ghosttown, we would veer off onto what looks like a fire-road to the stone ruins of the church. 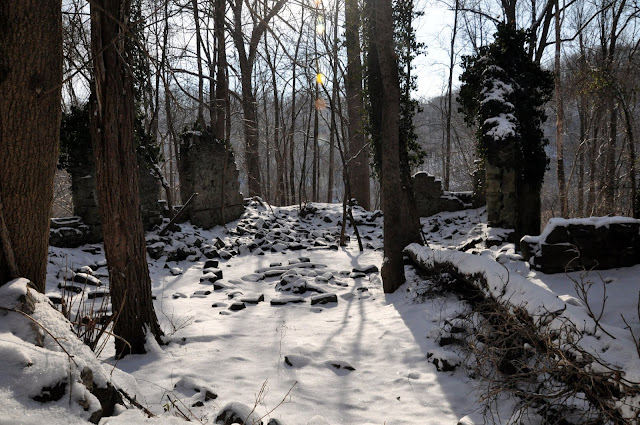 Daniels was once a thriving mill town straddling the Patapsco River east of Woodstock and north of Old Ellicott City in Baltimore County and Howard County. 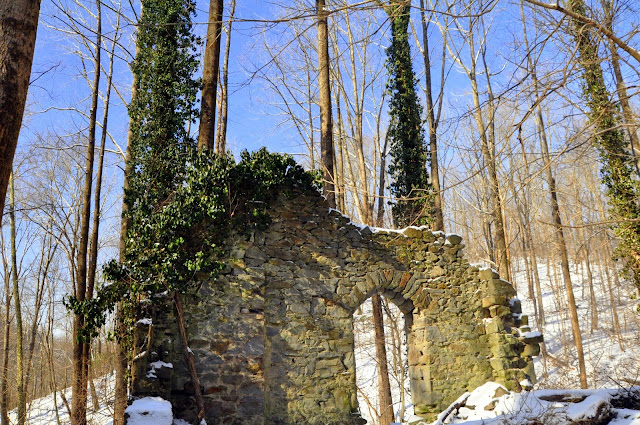 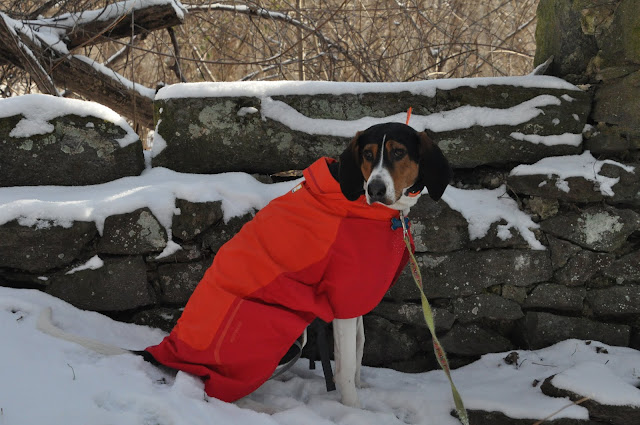 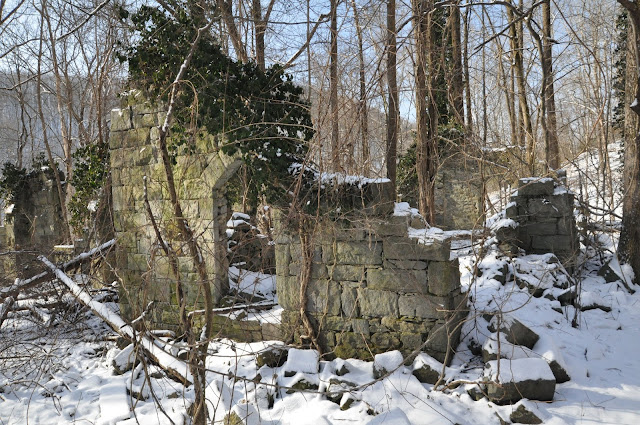 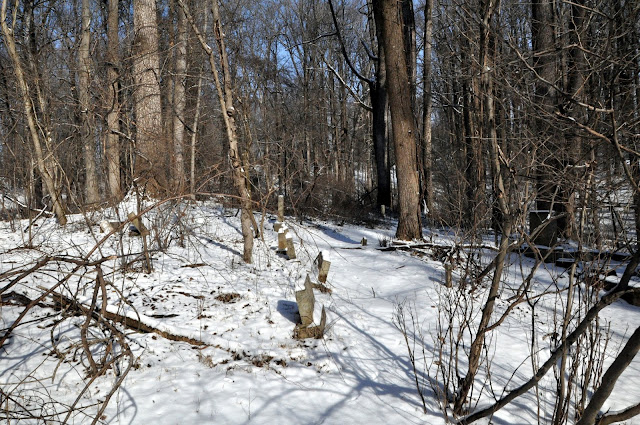 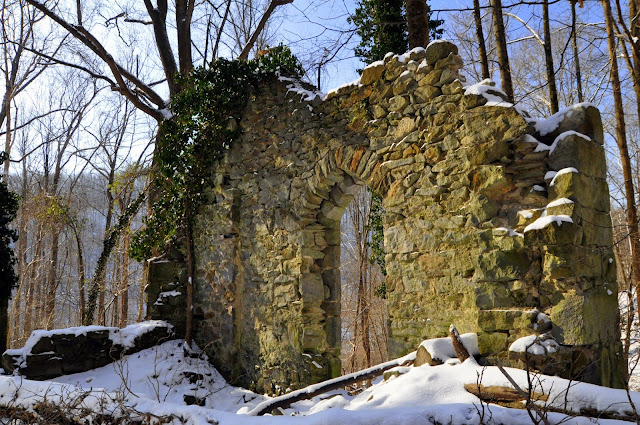 It was a cold winter day, but I'm building an appreciation for winter hikes. Although it was just 20 degrees when we began, it was starting to pop over freezing as we returned to our car. Without any wind to speak of, it actually was quite pleasant. 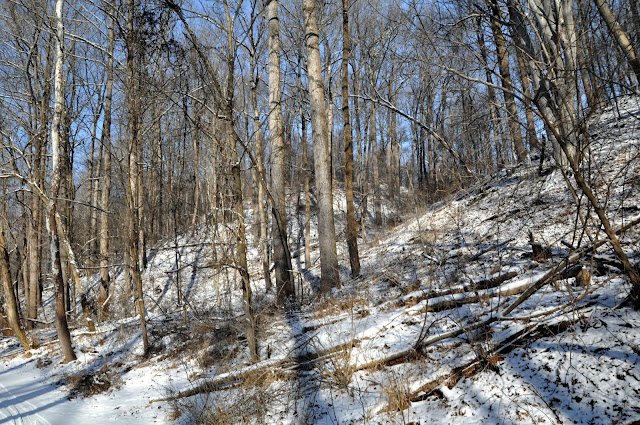 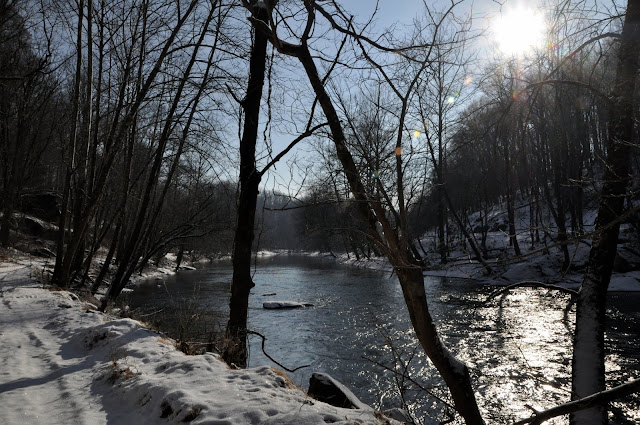 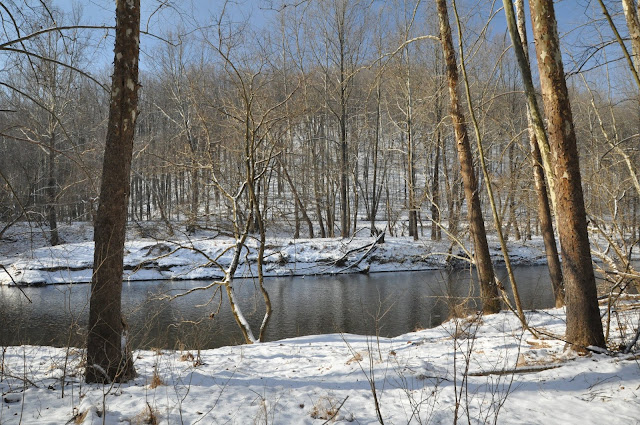 And the snow made it magnificent. 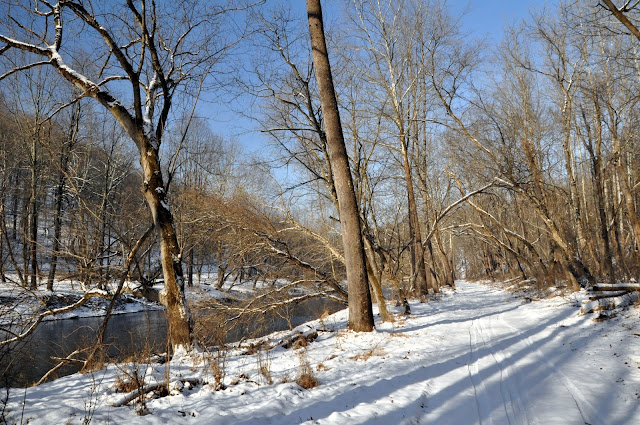 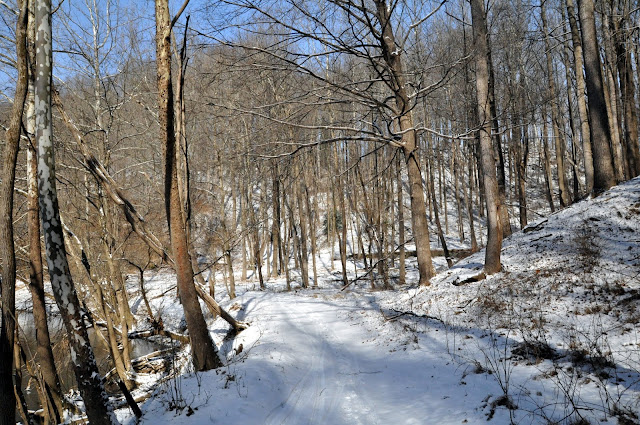 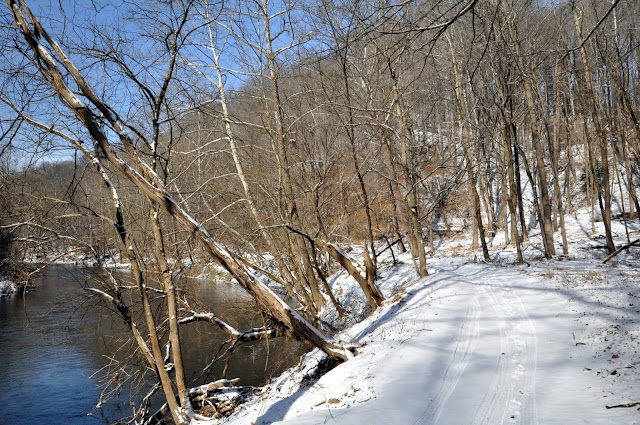 Daniels, originally called Elysville, was a cotton mill town, founded in the 1820s. Lured by the mills, the B&O Railroad came through in 1831. In 1853, the Alberton Manufacturing Company bought the town, renaming it Alberton (hence the name of the road) and held it until the 1870s; the mill was then acquired by James S. Gary, who created still another firm which operated the mill until the 1940s. Eventually the C.R. Daniels Company bought the mill and the town -- 500 acres for $65,000 -- in the 1940s, and the town was renamed again. 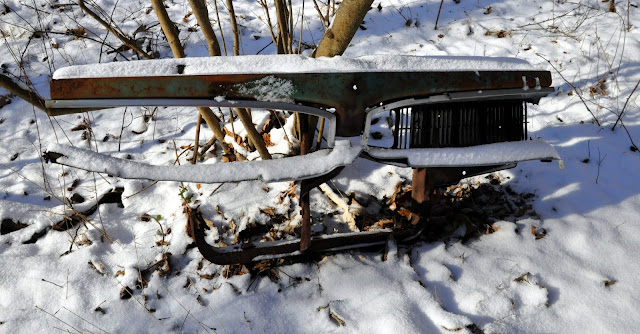 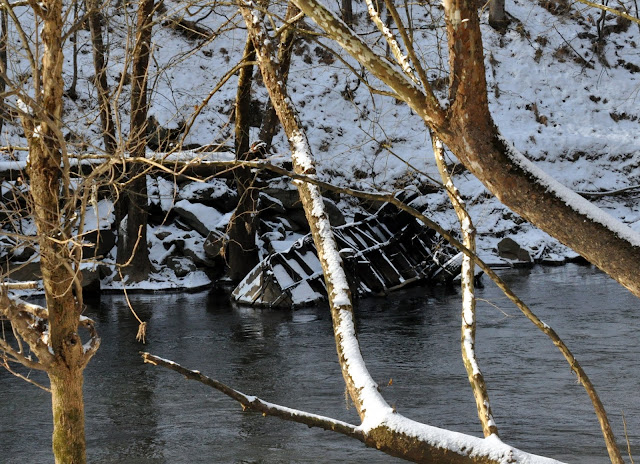 By the 1960s, the Daniels Company was beginning to phase out company housing, and demolishing the buildings it owned in its town: a restaurant, a post office, a general store, a bowling alley. 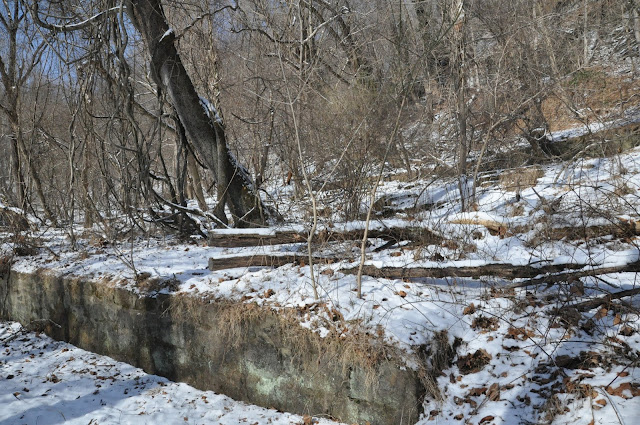 Although the mills were closing down and the Daniels Company was in the process of shutting down its buildings, it was the floods caused by Hurricane Agnes in 1972 that sealed the deal. After that, the land was acquired by the Maryland state park system, and the town was completely abandoned. The houses were left to go to ruin -- most are just foundations now, some as high as a few feet. And the two churches remain: the Pentacostal Church ruins near the dam and St Stanislaus Koskas Roman Catholic Church higher up on the hillside. Cars and trucks remained where the hurricane floods had dropped them. 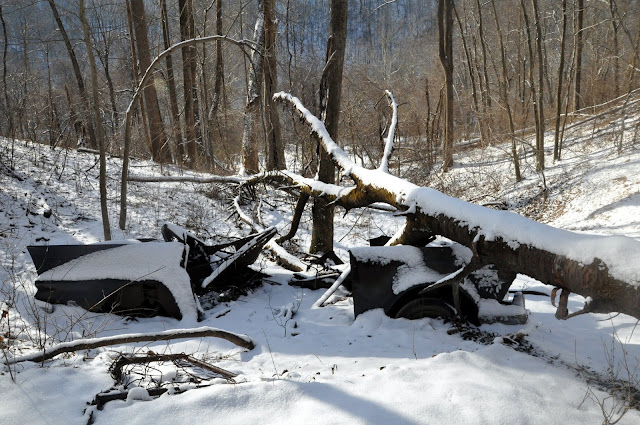 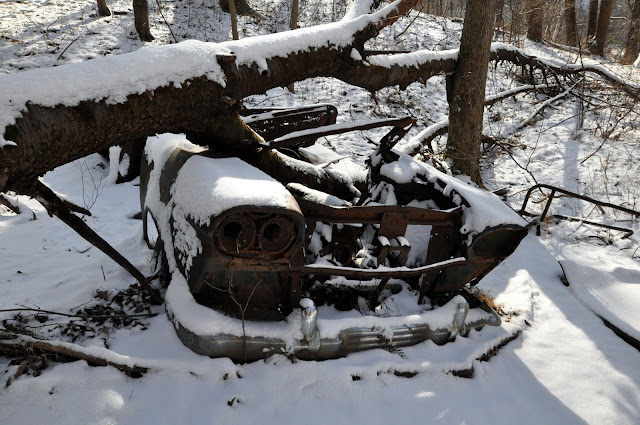 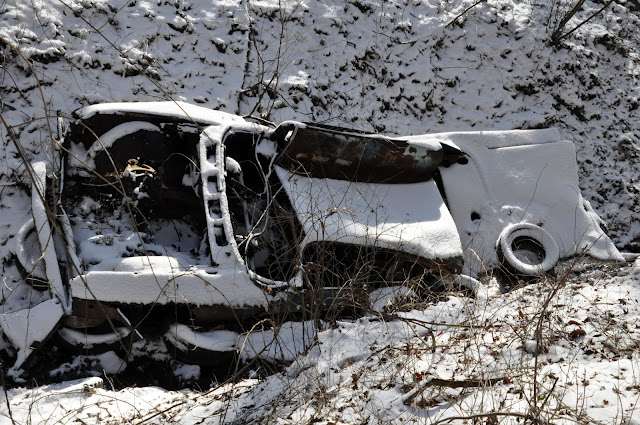 Even with the snow (it was just a few inches), the hike was delightful. Except the brief climb to the ruins of the Catholic Church, the hike is 5 miles long, give or take a tenth and flat. So it's an easy hike along the river, with lots of history along the way. Impressive cliffs and river views along the entire route.

To see photos of Daniels in the summer, click out a previous hike MidAtlantic DayTrips went on. 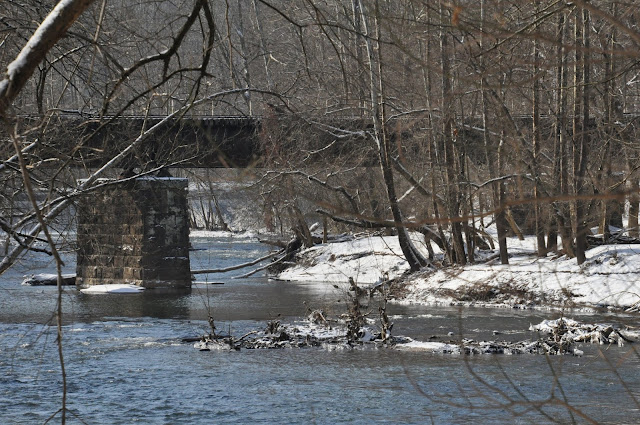 Getting there: The trailhead for the Alberton Road Trail into Daniels is hard to find, but click here for Google Maps directions. 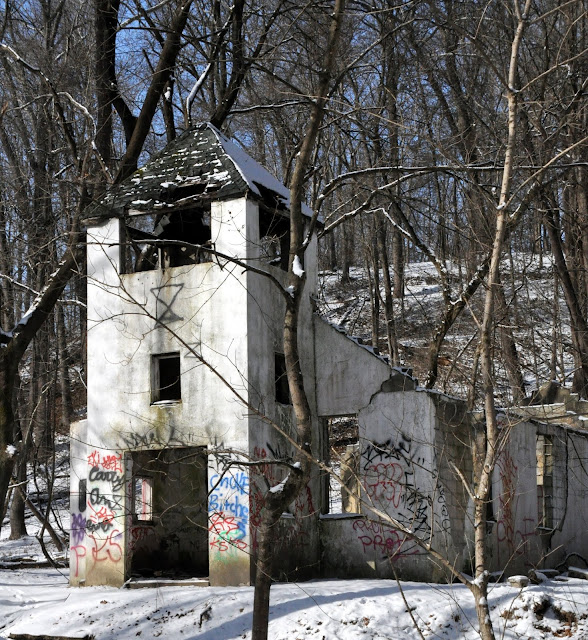