"I cannot tell a lie. I chopped down the cherry tree," George Washington said as a kid, according to Parson Weems, the author of some of the best known stories about Washington's childhood. 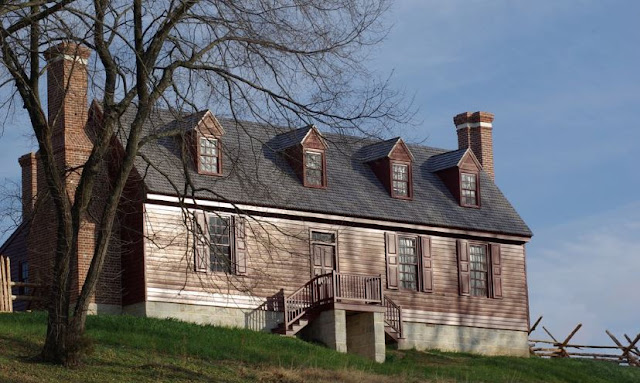 Whether he actually chopped the tree down is debatable. But if it HAD happened, it would have happened at Ferry Farm, where Washington had lived with his parents and four siblings between 1738, when he was just six years old, and 1752ish, when he was in his 20s. 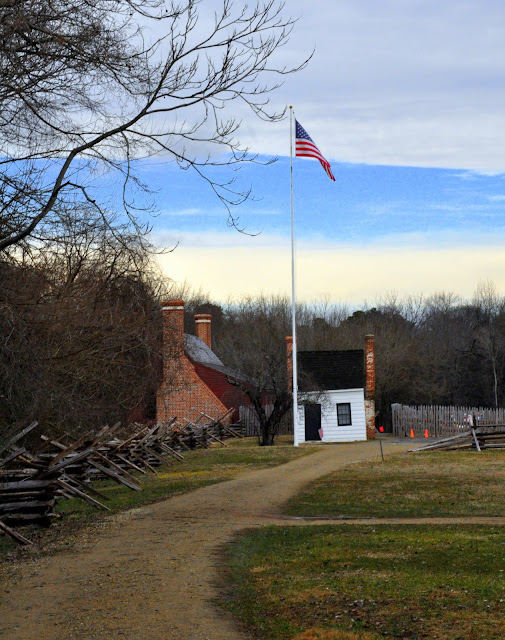 In fact, Ferry Farm is the setting for some of the best known stories about George Washington, most particularly those brought to the American public by Mason Locke Weems, best known as Parson Weems, in the early 19th century. 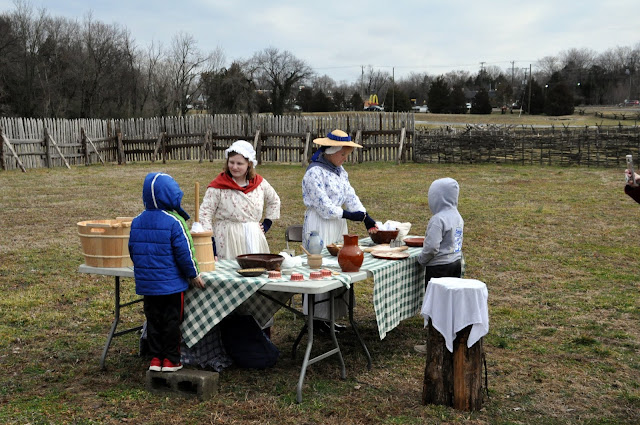 The farm is perched atop a bluff along the northern bank of the Rappahannock River, across from the city of Fredericksburg. I didn't notice any cherry trees.... 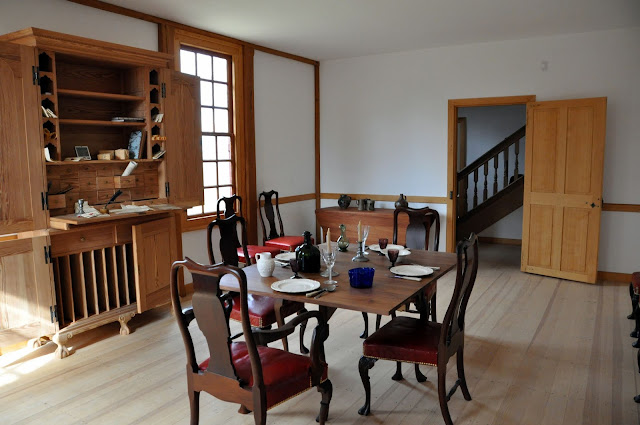 The house and most of the outbuildings are an interpretive replicas of what existed when Washington grew up there. The house was rebuilt on its archaeological footprint, reconstructing the kitchen and outbuildings, and recreating the period landscape. It's run as a living history museum, and it's a great place to take the kids so they can experience a little of what it would have been like to live in colonial times. 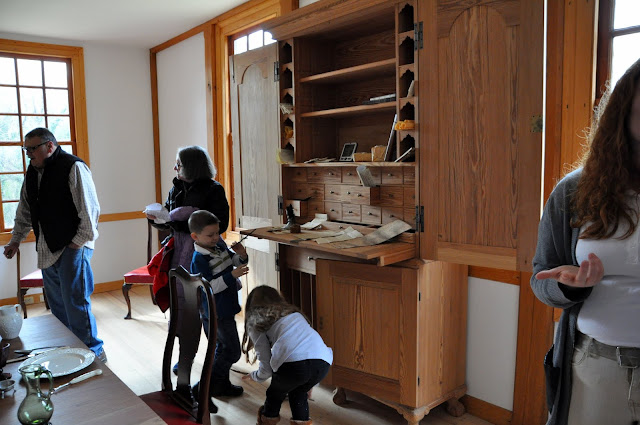 With the assistance of artisans out of Old Williamsburg and others, furniture and accouterments have been recreated to match what would have been in the house at the time. 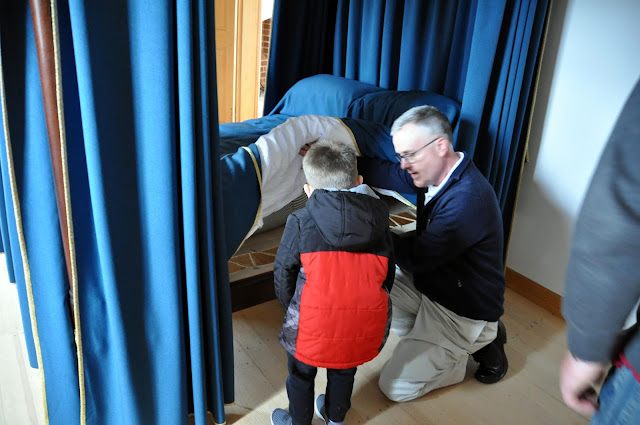 What makes this so fun for kids is that you can handle everything. Tired? Go sit on one of the chairs -- you won't break it! Curious? Pick up one of the plates or quill pens.

Go ahead, open drawers, open the chests, look under the mattress. The furniture is being recreated based on inventories and what was listed in the wills. This is a cool opportunity to experience the type of furniture our forebears lived on and with. 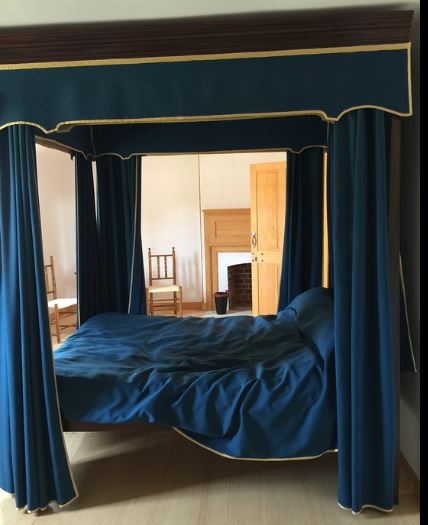 So yeah, seeing originals is cool, sure. But I found it even more fun to actually sit on a bed, recreated based on what would have been there, and know that what I was experiencing was pretty close to what the Washington's would have felt. 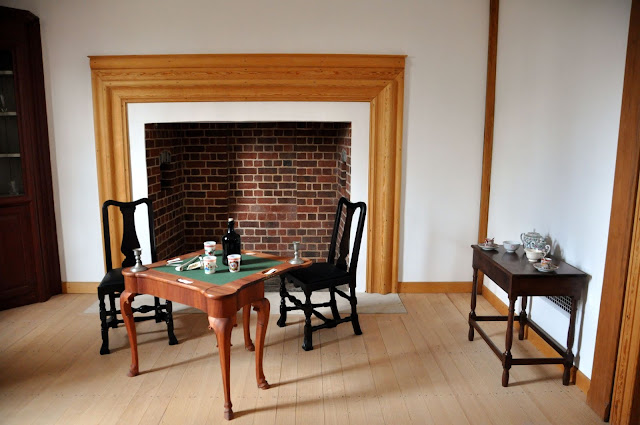 After his father died, Washington inherited the farm and lived in the house until his early 20s. Washington's father Augustine also left him a small set of surveying instruments. At the age of 16 Washington used his father's surveying tools to survey for prominent Virginia families and instantly became hooked -- he had found his first true calling. Washington soon acquired close to two thousand acres in western lands (in gifts and payments) and in fact, had acquired more land through his own hard work than Ferry Farm would ever be worth. Washington's mother, Mary Ball Washington, lived in the house until 1772, when she moved to Fredericksburg, and the farm was sold to Washington's friend Hugh Mercer, who had operated the Apothecary Shop in Fredericksburg.

However, the property fell into disrepair, and by 1833, was in ruins.

In July 2008, archaeologists announced that they had found remains of the boyhood home, including artifacts such as pieces of a cream-colored tea set probably belonging to Mary Washington. 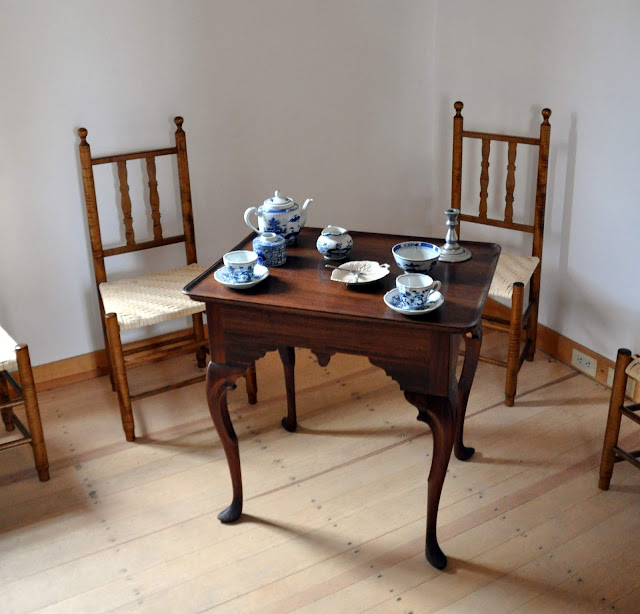 After the tour of the Washington house, visitors are invited to explore the rest of the grounds (approximately 80 acres), enjoy the gardens that feature plants grown in the eighteenth century, walk down the old ferry road, enjoy the hiking trails, and watch for birds in the Wild Meadow.

A note about terminology: I love touring house museums and the big homes and former plantations of this country. Many of these places are making great strides in acknowledging the lives and contributions of those who were in forced servitude at those sites (in fact, Mount Vernon currently has a very interesting program about those enslaved on the property), and I was disappointed that the Ferry Farm didn't even acknowledge up front that the Washington's comfortable lifestyle was due entirely to the contributions of the enslaved individuals who toiled on the premises. One of the tour guides referred to the enslaved individuals as "servants," and when we tried to clarify, he countered "But that's how the Washington's would have referred to them." That's maybe acceptable if they were re-enactors, perhaps, but the tour guide was dressed in contemporary clothing. 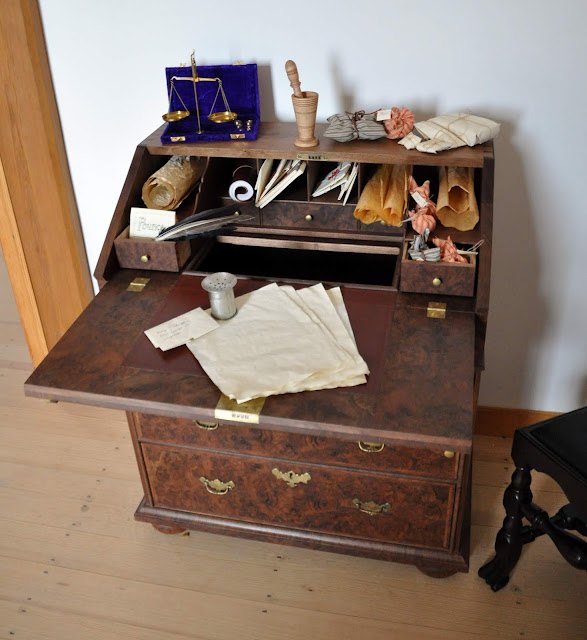 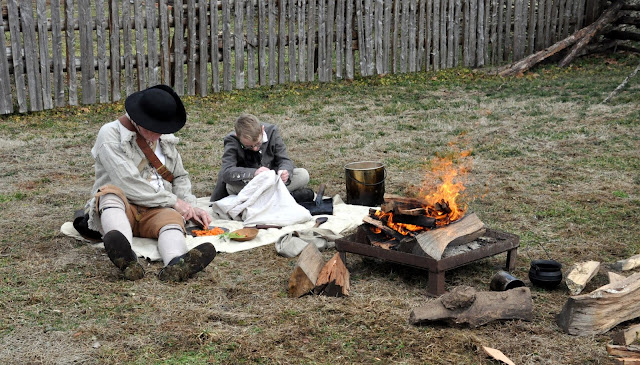