Government Island and the Capitol Quarries

Famous for the quarry from which the stones used to build the U.S. Government’s most famous buildings were sourced, Government Island is now a county park with a lovely, history-filled under 2-mile hike that you really shouldn't miss.

I love a great history angle, and Government Island has plenty of that. The chisel marks are still there to see in the sandstone. Going in the winter meant that I felt unafraid of snakes as I explored the quarry rocks. In warmer weather, I'd be a bit more cautious!


The quarry at Government Island in Stafford County, VA was the principal source of Aquia Creek sandstone, a building stone used in many of the early government buildings in Washington, D.C., including the U.S. Capitol and the White House. 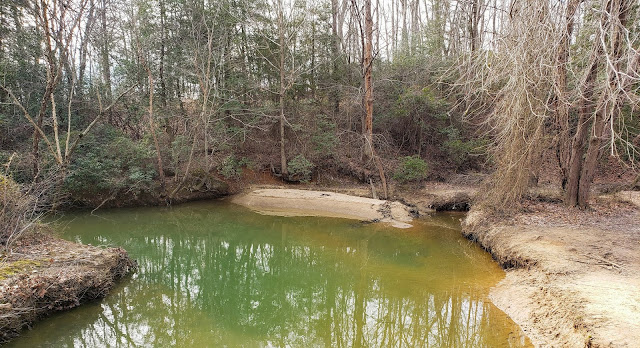 There are curious rock piles and deep pits (although safely away from the trail). Water views and overall, a lovely walk in the woods. 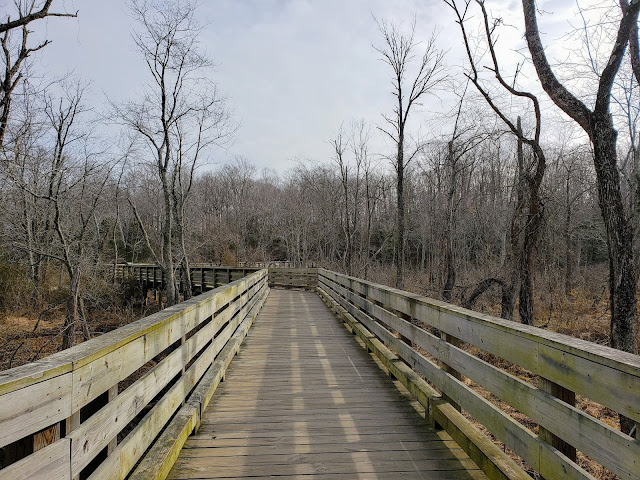 It's also an easy trail, making it incredibly kid friendly, a great way to introduce the very young ones to the joys of hiking and spending time outdoors. You can even let the kids climb around on the quarry a bit. 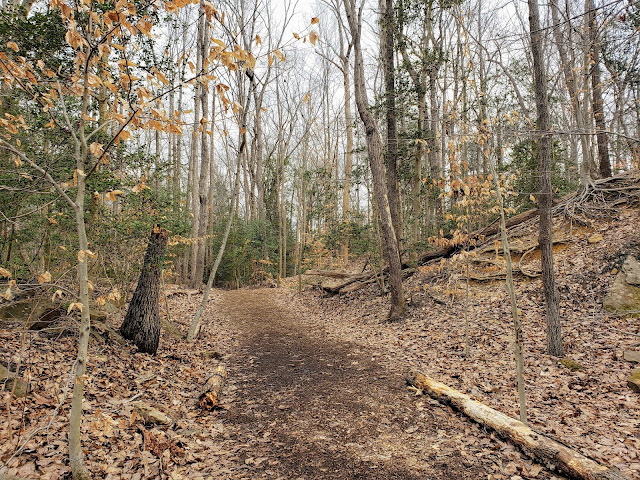 The initial path out to the quarry is paved and bridges have been built over the marsh lands but once you get across the marsh, it is all dirt trail. Along the trail are many historic markers that coincide with nice views over the water. 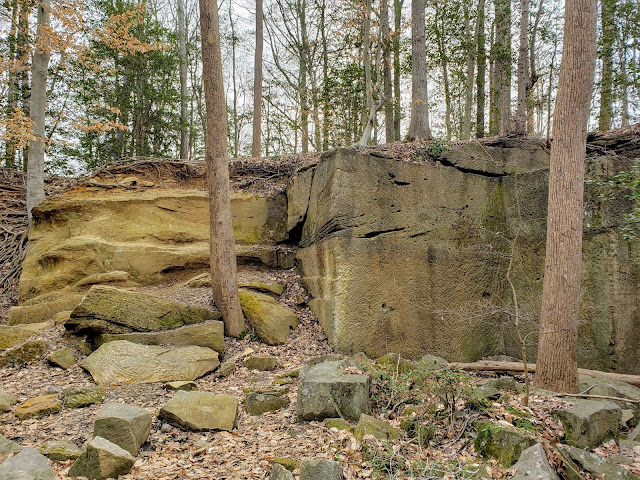 The quarry goes back a bit further than the start of our nation. As early as 1694, a quarry -- then known as Wigginton's Island Public Quarry -- operated just off the Potomac River at Wigginton's Island on Aquia Creek, run by George Brent, to provide stone for tombstones and to houses and churches in northern Virginia. 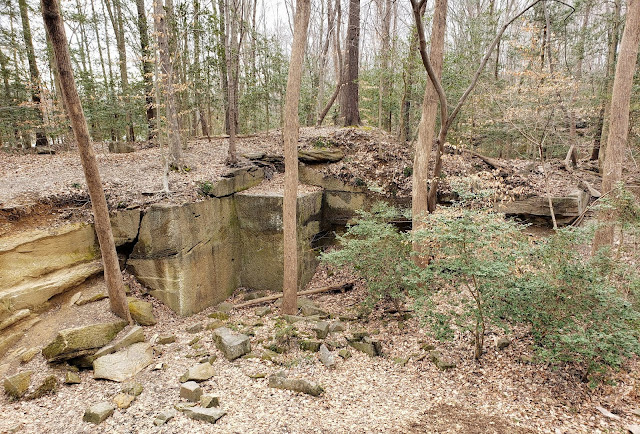 Some big names were built with stone from this quarry: Gunston Hall; Christ Church in Alexandria, VA; Mount Airy in Richmond County; and Aquia Church; and the steps and walkways at George Washington's Mount Vernon, among others. 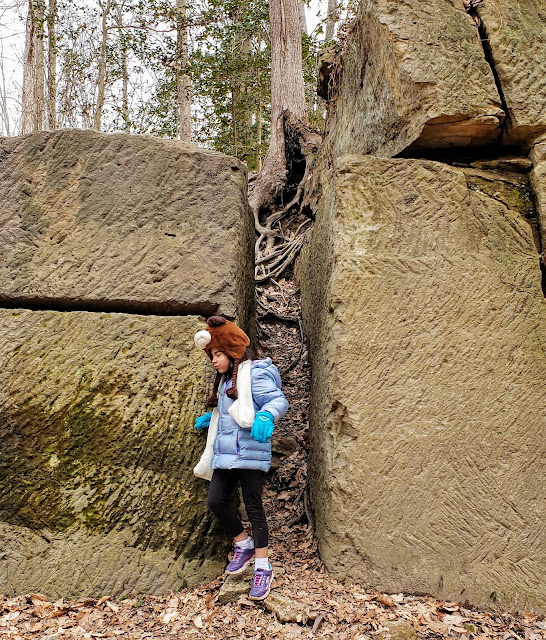 In fact, Washington selected Aquia sandstone as the primary material for use in Washington's government buildings. Acting on the government's behalf, the Wigginton's Island quarry was purchased by Pierre Charles L'Enfant in 1791, and was known afterward as Government Island. 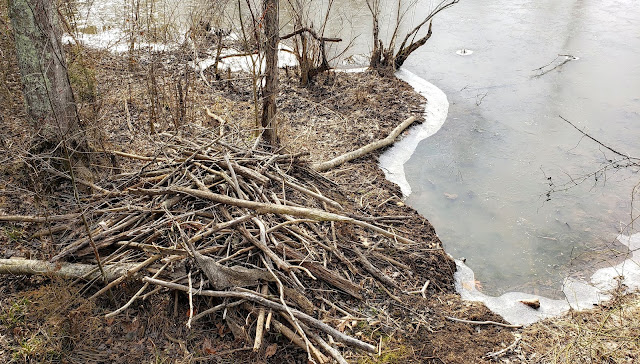 Use of the stone declined as its susceptibility to weathering was observed, and the quarry became worked out and derelict after the U.S. Civil War. The property was sold by the U.S. Government in 1963.

The property was acquired by Stafford County as a county park and opened to the public on November 6, 2010 with trails and markers highlighting the historical significance of the island. It is a designated site on the Potomac Heritage National Scenic Trail. 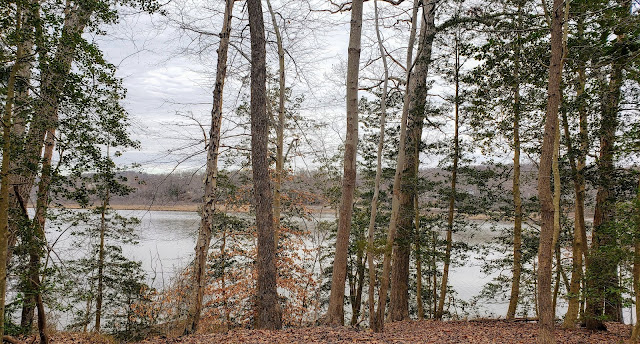 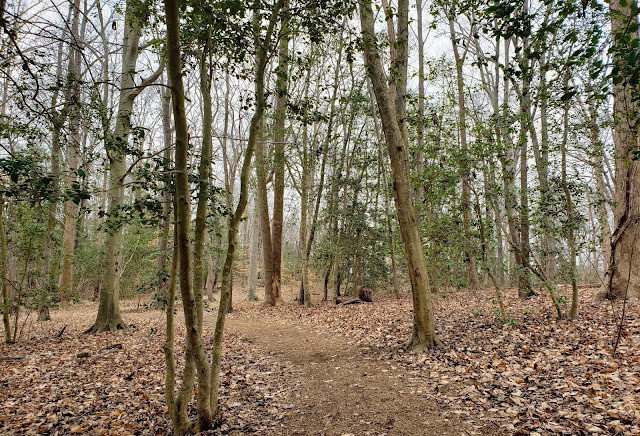