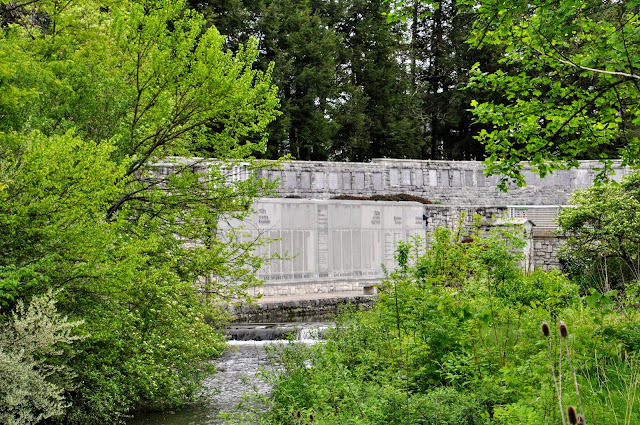 The Pennsylvania Military Museum preserves and honors the state's military history from 1747 to the present, interpreting the story of the Commonwealth's 'Citizen Soldiers,' civilian activities on the home front, and the contributions of Pennsylvania industry to military technology. 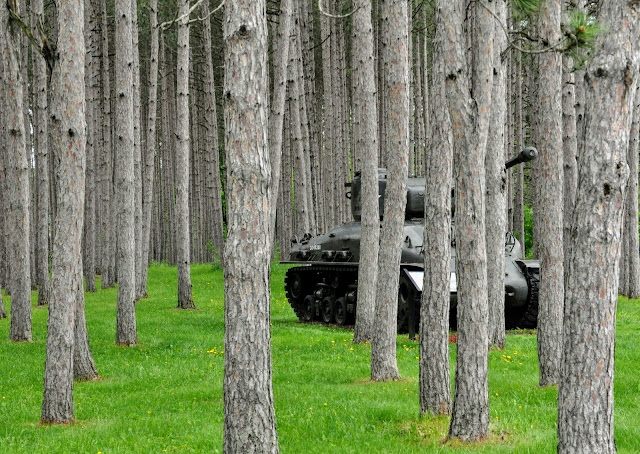 The first thing you notice is the Sherman Tank near the road, sitting still in a copse of trees.

The second thing you notice are two very large guns, BB-38s. These are from the USS Pennsylvania. Built at the Newport News Navy Yard in Virginia and commissioned in 1916, the USS Pennsylvania was the lead ship of her class of U.S. Navy "super dreadnaught" battleships. During WWII, she participated in every major naval offensive in the Pacific, from Alaska to Okinawa. During WWII, she earned eight battle stars and the U.S. Navy Commendation Award for service.

Two of the guns -- gun 22 and gun 28 -- were left on the ship during an overhaul in 1942, but were replaced in 1945. The guns were relined and sent to the gun barrel storage yard, where they remained for 50 years. After they were "rediscovered," the Museum acquired them for display in 2009.

Unfortunately, the USS Pennsylvania had a somewhat ignominious end: after WWII, the ship was used in two atomic bomb tests in July 1946. Decommissioned the following month, the ship was nevertheless kept at Kwajalein Lagoon for tests until February 1948. When it was determined the ship had too much radiation was was no longer sea worthy, she was towed out to sea and sunk.

The museum, which is placed on a hill overlooking the former National Guard parade grounds, has a striking facade. The innovative military ribbon design is known as the "Wall of Honor," decorated with representations of several military service ribbons awarded to Commonwealth veterans throughout the last century. 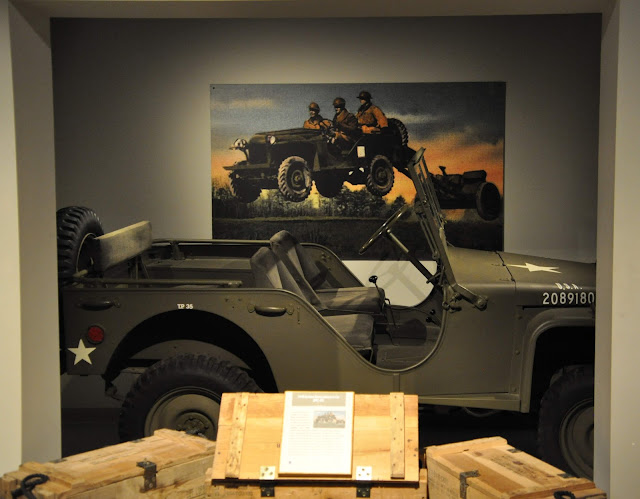 Inside you'll see displays of tanks and guns, an explanation of tactics, logistics, airpower, and military vehicles.

The beginnings of the PA Military actually started across the street, with the locally famous Boal family: the location of the museum was part of the Theodore Davis Boal estate. Boal, a wealthy landowner and prominent citizen of Centre County, established a privately funded machine gun company on his land, for service with the PA national guard in WWI. Shortly after the division returned in 1919, at an officer's club reunion at his estate, Boal dedicated a memorial to the fallen troops in the machine gun company. Boal also shipped back from war-torn France relics from the battlefields, with the intent of displaying them in a museum. 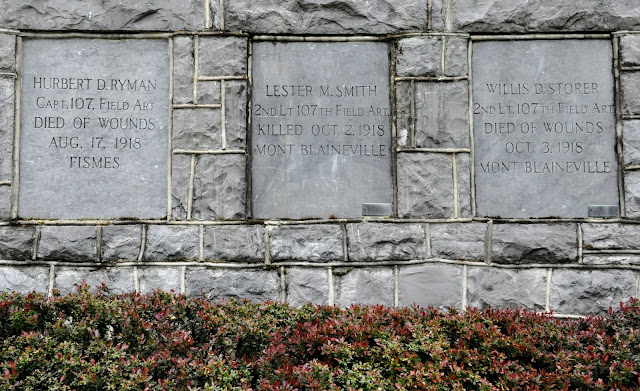 
This stay was provided by Comfort Suites and the Central PA Convention & Visitors Bureau.
Posted by Jody Arneson at 7:00 AM