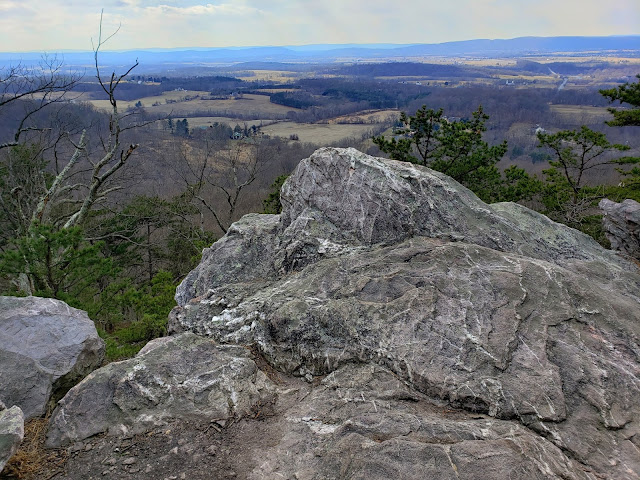 Sugarloaf Mountain is a small mountain and park about 10 miles south of Frederick, MD. The peak of this relatively low mountain is approximately 800 feet higher than the surrounding farmland. 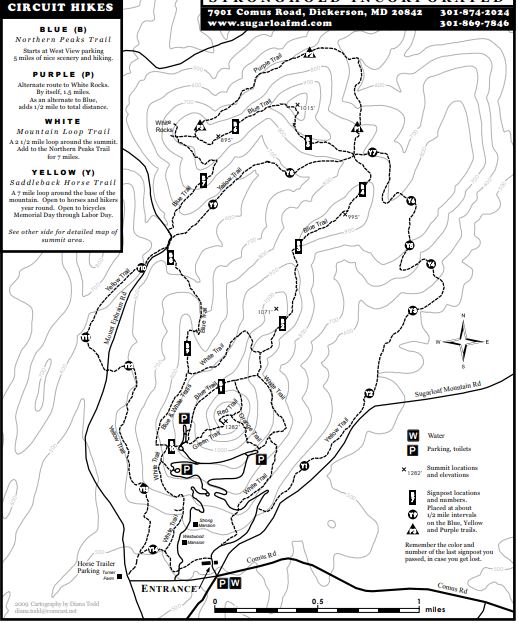 The blue trail, also known as the Northern Peaks Trail, travels approximately 5.9 miles to several peaks and along the ridge of Sugarloaf Mountain. Depending on your fitness, the trail can be moderate to challenging, with an elevation gain of more than 700 feet. There are some steep parts and with some mud because of a wet winter, there were some slippery parts. At one point, where it looks as if stiff winds after an ice storm had knocked down quite a few trees on one slope, a tree fully obscured the trail, forcing hikers to go down the slope at an odd and steep ankle-breaking angle to get around it. 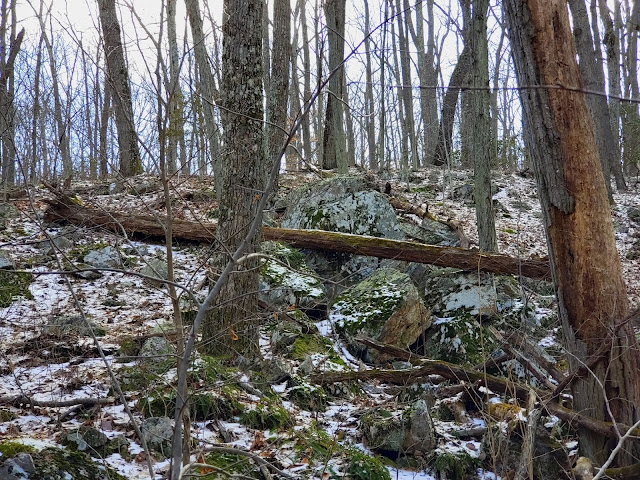 It offers beautiful views, even in winter -- or perhaps especially in the winter, when the leaves are off the trees and don't obscure the view. This year I've come to really love winter hikes. 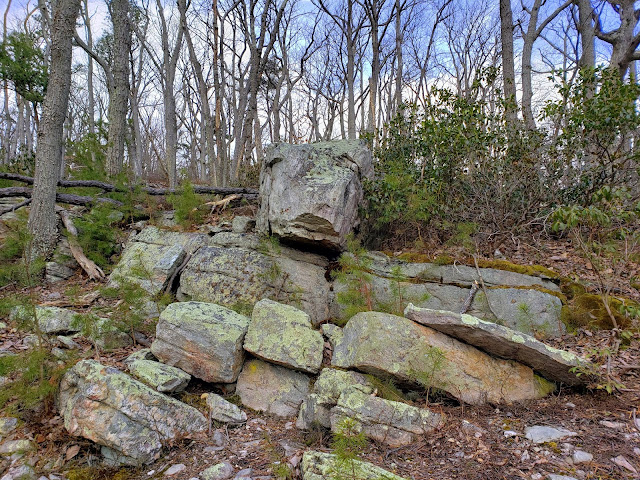 We decided to tackle this trail on a partly sunny March day,, but it was unusually cold for Maryland: just 30 degrees with stiff breezes. 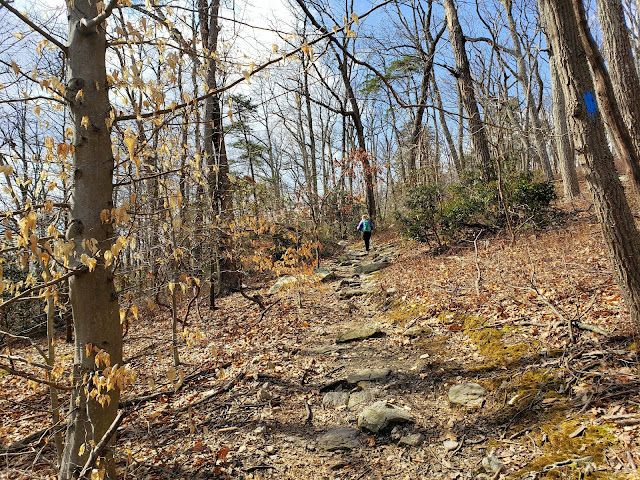 This trail starts from the West View parking area. Just head north. At just over two miles in, you'll come to a big intersection with the Yellow and Purple Trail. It is well-signed but pay attention. Continuing on the Purple Trail extends this hike by 1.5 miles. 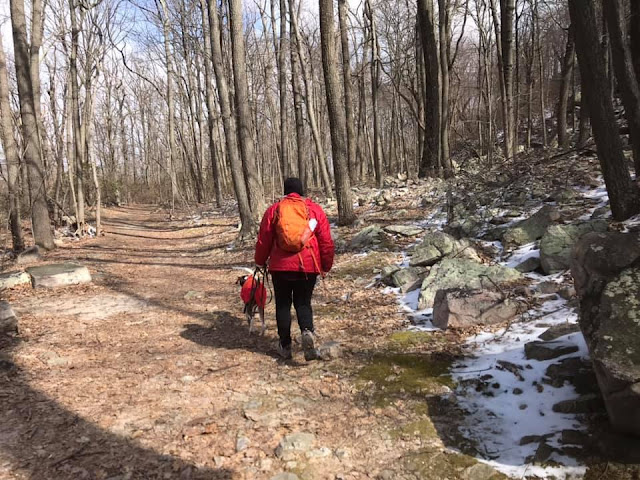 Another mile on the Blue Trail (Northern Peaks Trail) will find the Purple Trail coming in from the right, but continue straight to the White Rocks overlook. 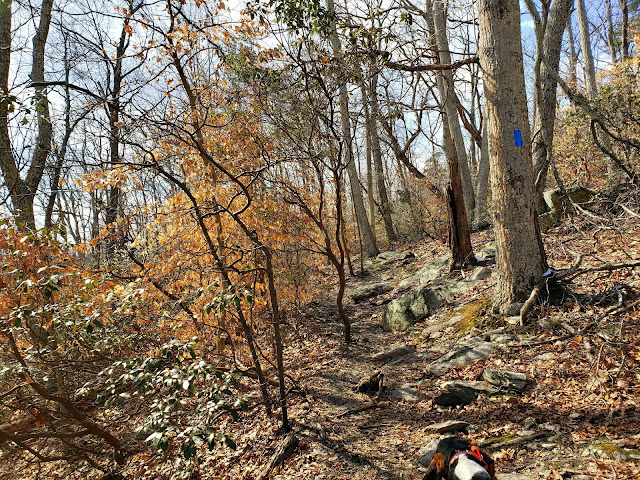 At mile four, you'll intersect with the Yellow Trail again but follow the signs to stay on Blue. A half mile later, the Blue Trail and White Trail (Mountain Loop Trail) will merge for the last half mile before returning to the parking lot from below the West View overlook. 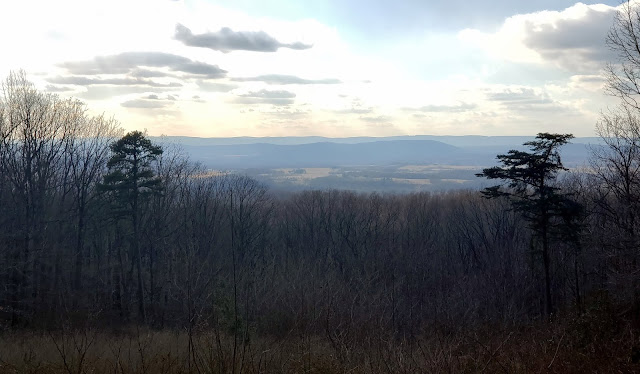 Typically, the trail is very well marked, although it is poorly marked in one spot -- the trail zigged, and we zagged. We took the wrong path and had to back track, but that was the only time that we got confused and wished the blue blazes had been a bit more obvious. 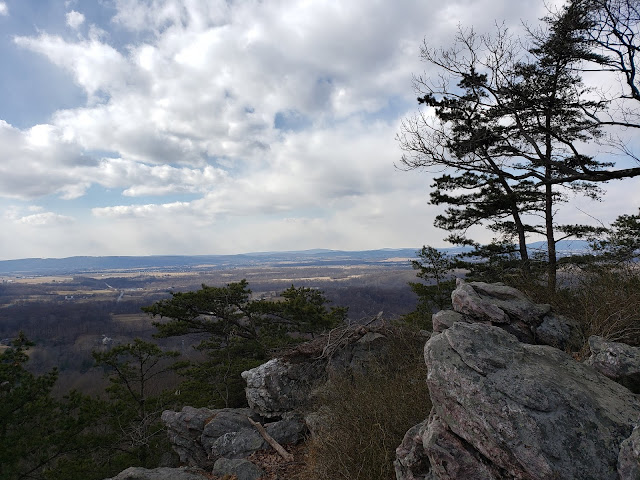 The summit at White Rocks was breathtaking. 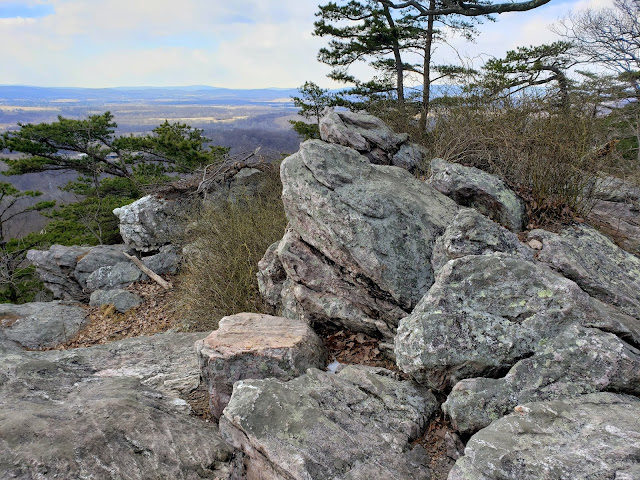 Geologically, Sugarloaf is known as a monadnock, a mountain that remains after the erosion of the surrounding land. Here, that process took approximately 14 million years. The rugged cliffs on the summit are composed primarily of quartzite, the predominant type of rock on the mountain. 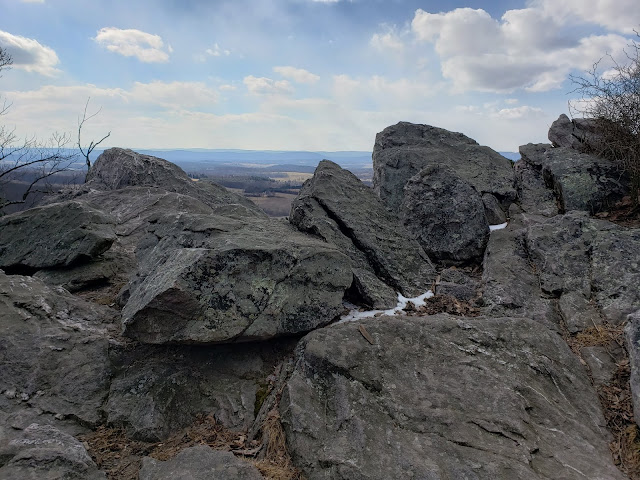 The dominant tree species on Sugarloaf are the oaks of both red and white groups -- of course, in the winter, trees seem less the point than seeing through them to the views. Other trees include black gum, tulip poplar, black birch and eastern hemlock. The more than 500 species of plants here include a variety of wildflowers, many of which can be found blooming during the warm weather months. 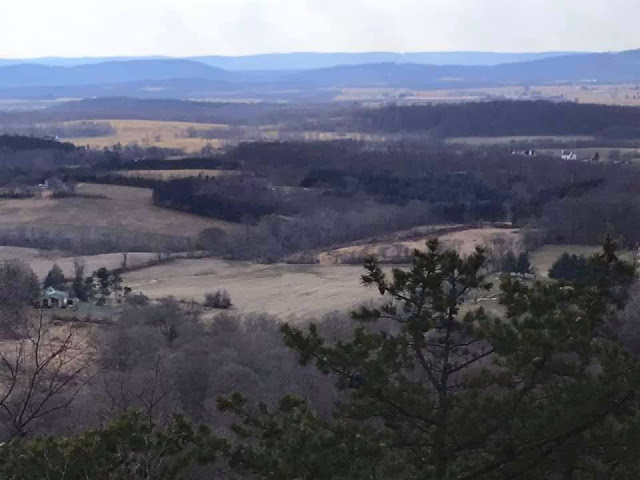 Getting there: 7901 Comus Road, Dickerson, MD

Hours: Open daily, 8 a.m. to an hour before sunset. 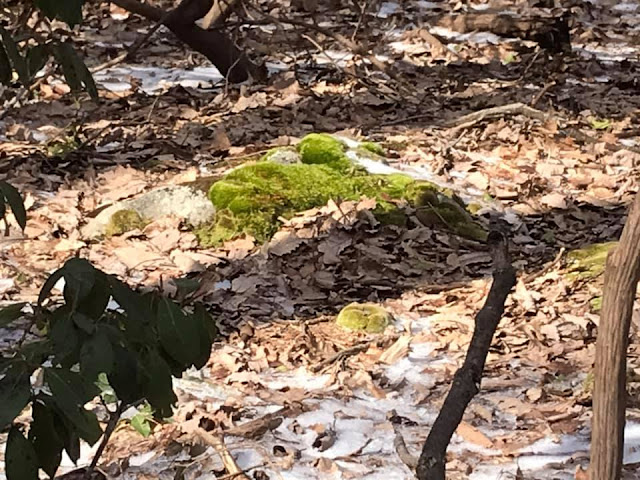