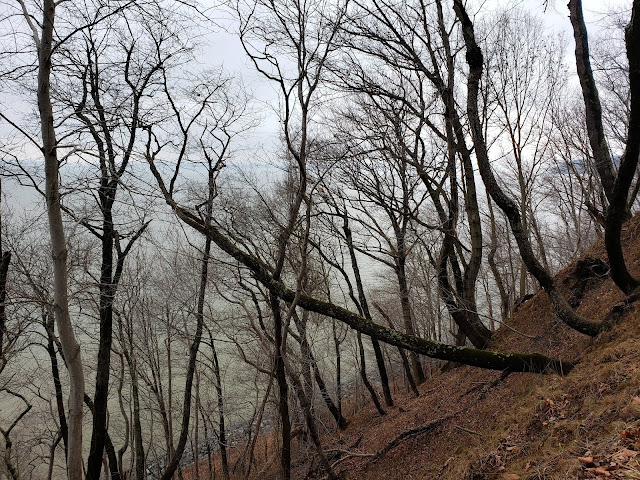 Cliff-side views of the Chesapeake Bay, lighthouses, and a walk through the woods, the hike to Turkey Point Lighthouse has it all. 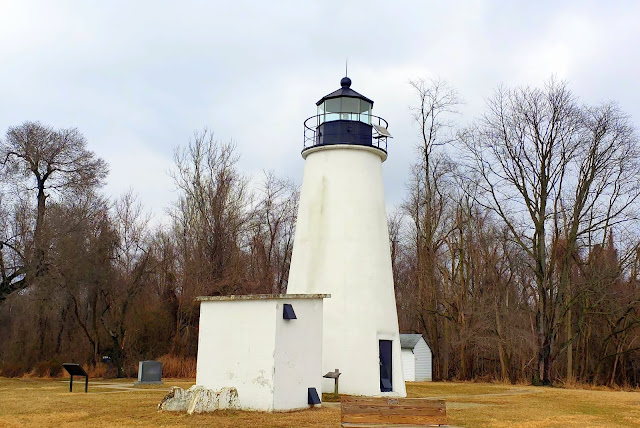 As have several other state parks in Maryland, Elk Neck State Park was the result of the generosity of a major landholder. In 1936, naturalist Dr. William Abbott bequeathed his holdings along the Elk River to the state for use as a state park. Located between Chesapeake Bay and the Elk River near the southern tip of the Elk Neck Peninsula in Cecil County, MD, the park as 12 miles of trails, used for both hiking and mountain biking. 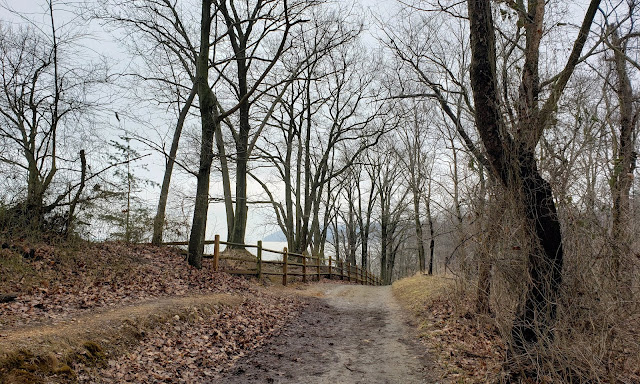 Our goal was a short hike, late on a winter afternoon. We were really going to train our new coonhound puppy, working on loose-leash walking and heeling. Having a bit of a car ride to get to the state park was also part of the training plan, since he's also working on nice car manners. 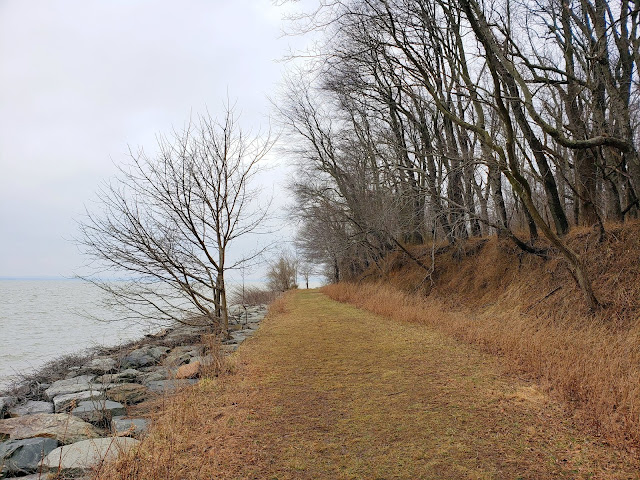 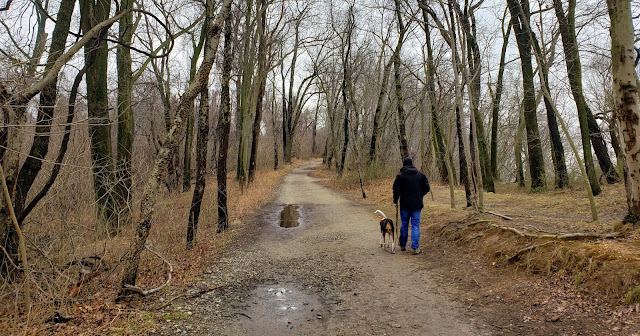 The short hike we chose was the Turkey Point Lighthouse Hike. This hike was named as a great winter hike. I think it would have been much more dramatic with snow on the ground (snow makes everything better), but even without snow, under a moody winter sky, the hike turned out to be a good winter hike. Allowed by the leafless winter trees, the views of the Chesapeake Bay were lovely. 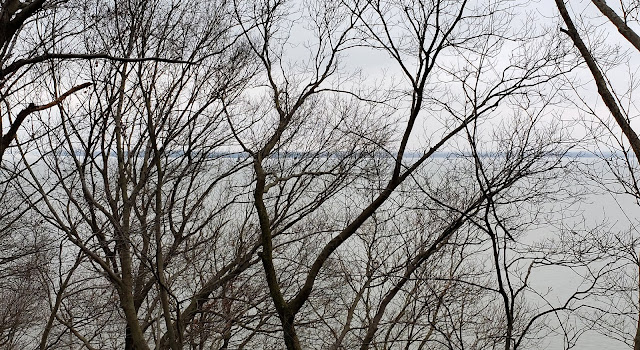 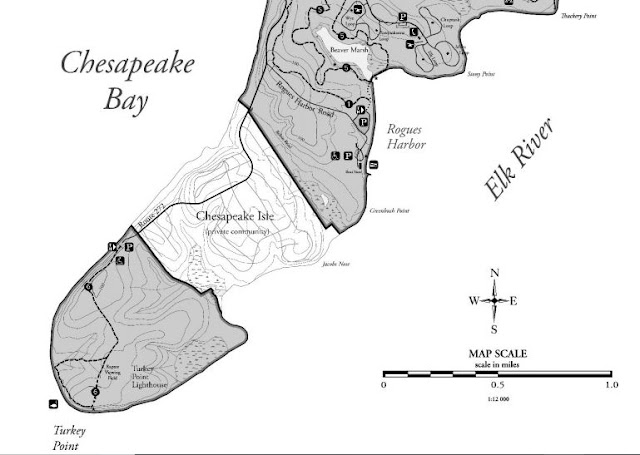 The hike takes you down an old road bed, past the hawk viewing area, to Turkey Point Lighthouse, a 35-foot tower built in 1833. There used to be a keepers house, completed in 1889, but that fell into ruin and was finally torn down in 1972. 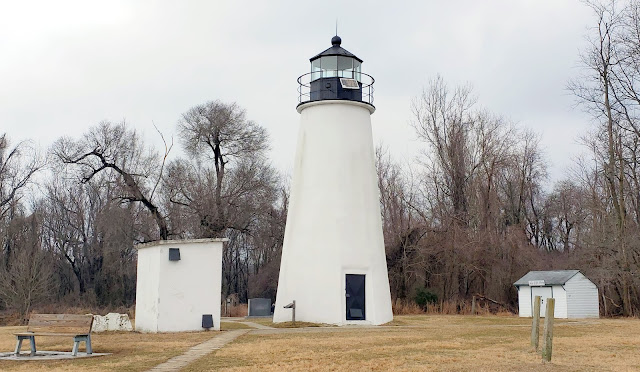 Even though it's a relatively short lighthouse, its location on a 100-foot bluff makes it the third highest light on the Chesapeake Bay. On some weekends, a non-profit group responsible for maintaining the lighthouse offers tours of the inside of the lighthouse. 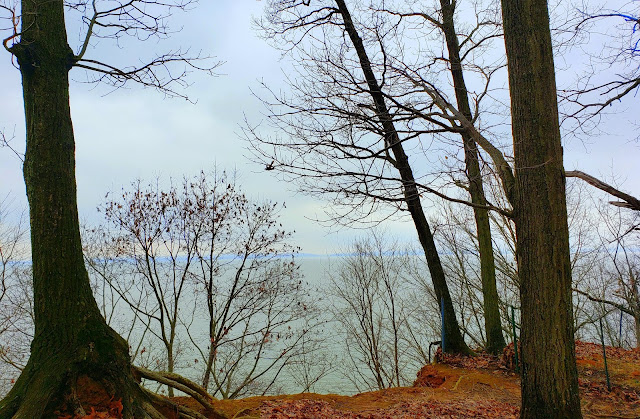 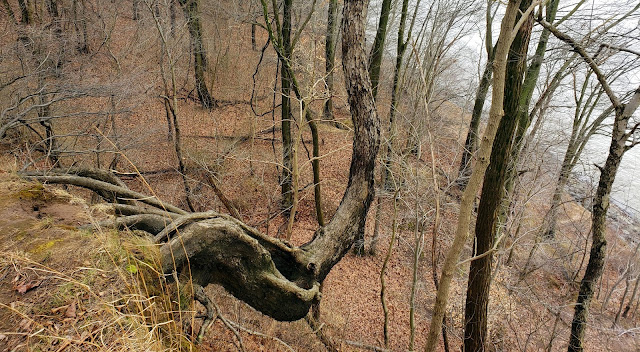 Dogs: a perfect place for them! 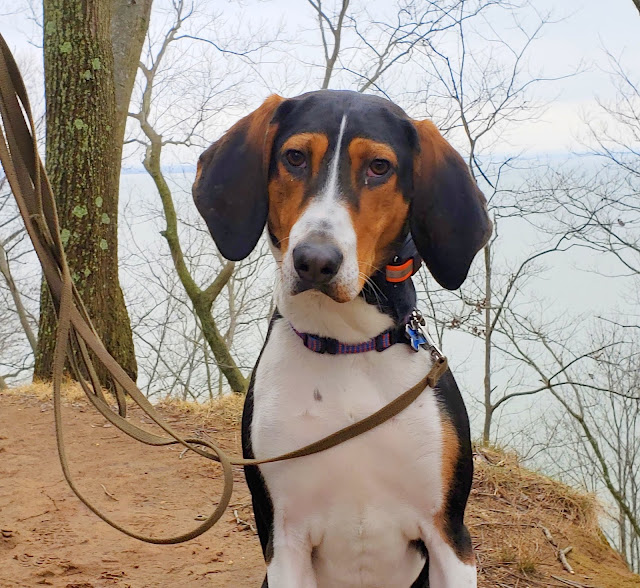 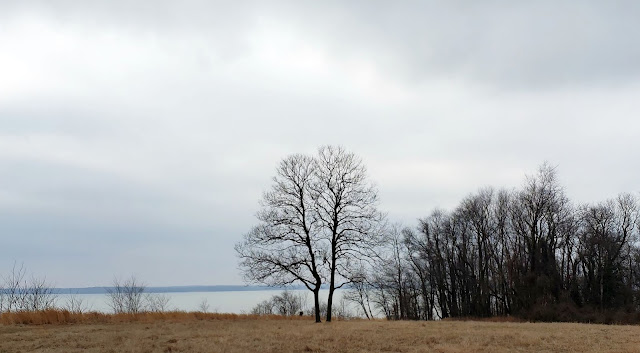