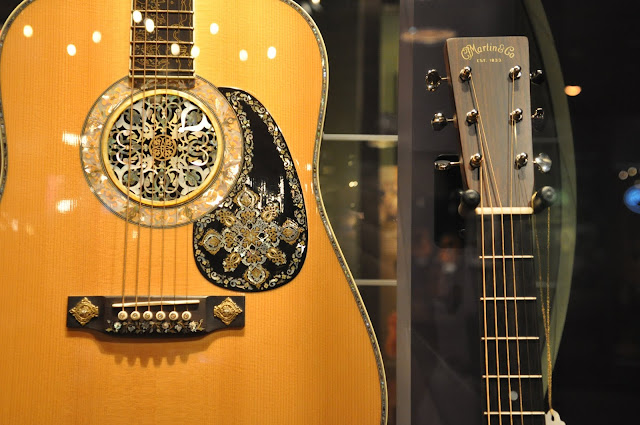 I love factory tours. It is interesting seeing things go from nothing to something, and the factory tour at C.F. Martin & Co. Guitars didn't disappoint. What I didn't realize was what a rich history the company has and how much of the process still is hand done.

The Martin Guitar Company has been continuously producing acoustic instruments that are acknowledged to be the finest in the world: mostly guitars, but also mandolins and ukuleles, and more recently, banjos.

During the tour you will learn about the company's history and culture, as well as learn how Martin guitars are created. You will experience first-hand the rich history of the oldest guitar manufacturing company in America.

The Martin Guitar Company has, through the years, managed to survive with each succeeding generation from C. F. Martin, Sr.’s Stauffer influenced creations of the 1830s to recent developments introduced by C. F. Martin IV. Continuous operation under family management reflects six generations of dedication to the guitarmaker’s craft. 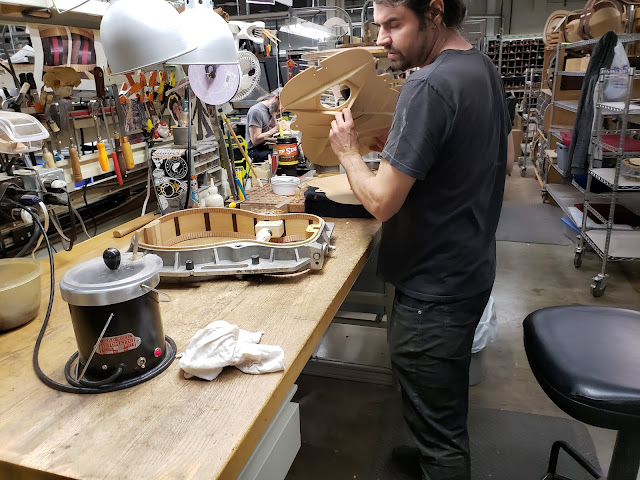 The Martin Guitar Company has evolved from a one-man operation in 1833 into a thriving entity employing more than 500 employees today.


Originally located in the Martin family homestead, Martin guitar construction operations had expanded to the point by the 1850s where a separate factory building was needed. In 1859, the company built a factory on the corner of Main and North Streets in Nazareth PA. Having undergone numerous expansions, the North Street plant is still used today as a warehouse and shipping location for strings and accessories. 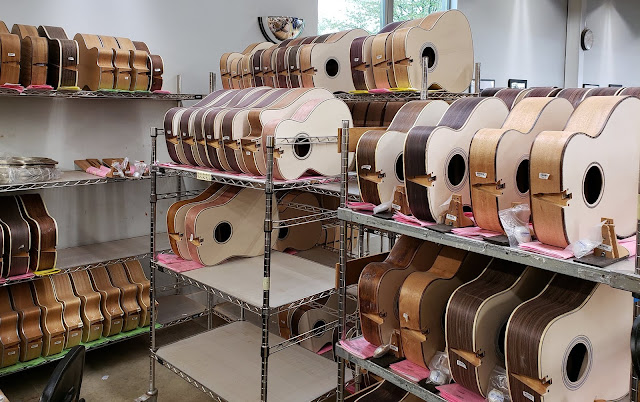 The company weathered the market fluctuations through WWI, the Great Depression, and WWII by creatively marketing its product and introducing new products, such as ukuleles. 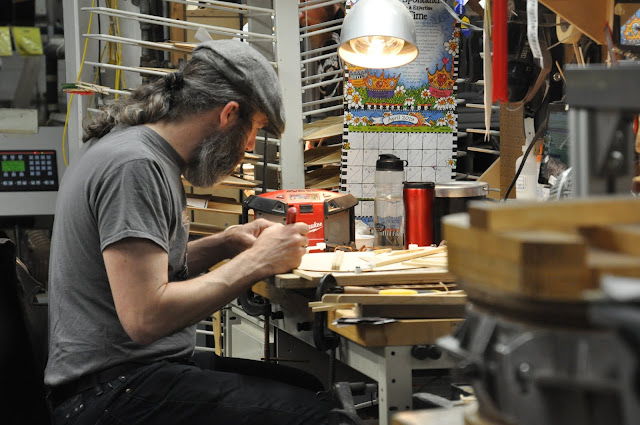 After WWII, demand for Martin guitars increased at a far greater pace than did production capacity, and thus by the early 1960s the company's guitars were back-ordered as much as three years. The new factory opened in 1964 at its present location on Sycamore Street. Despite its multi-story building and numerous additions, the North Street factory building was no longer adequate to service the demand for the company’s guitars and ukuleles. 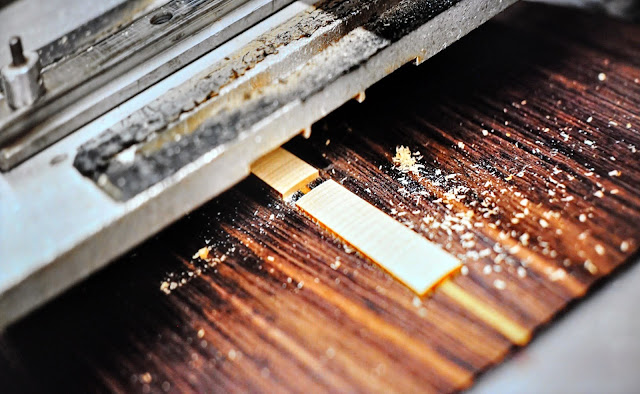 Production methods at the new Sycamore Street Martin plant have evolved slightly from production at North Street. Hand craftsmanship was and remains the trademark of the Martin guitar. However, with the building’s efficient one-story layout, Martin has been able to improve the flow of materials and introduce some automation, such as in the drying, buffing and polishing stages, and thus gradually increase production.

The tour takes you right out onto the factory floor, where you'll see the entire process of creating a guitar unfold, from design to cut out to assembly to the final touches, including flourishes and bling such as mother of pearl inlay. There's more to these instruments than I realized! The tour also takes you to the several places in the process where robots sand, buff, and polish the instruments.

You'll leave the tour impressed by the amount of hand finishing and craftsmanship involved in creating a Martin guitar. You don't have to be a guitarist to enjoy this tour -- it's simply fascinating!

Getting there: 510 Sycamore Street, Nazareth, PA 18064. Be sure to use this address as the one that pops up in GPS for C.F. Martin & Co. will probably take you to the distribution center rather than the museum and factory tour location. 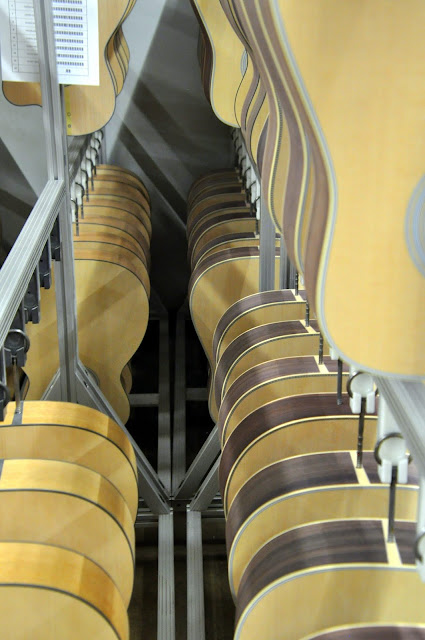 Made possible by Discover Lehigh Valley.
Posted by Jody Arneson at 6:30 AM