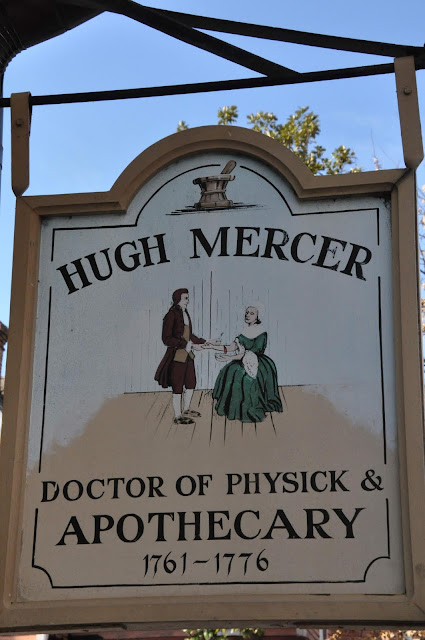 Hugh Mercer Apothecary was a pharmacy founded by Hugh Mercer in the mid-18th century.

Mercer is an interesting figure in his own right. He initially served with the Jacobite forces of Bonnie Prince Charlie; he fled Scotland after the Battle of Culloden. 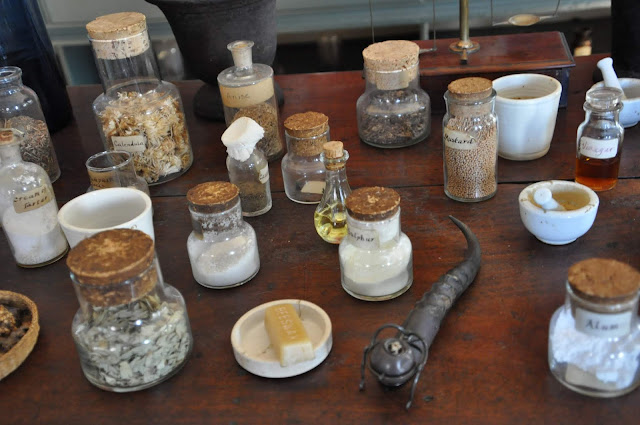 He initially settled in Pennsylvania, and served with the British forces during the Seven Years' War, where he met and became a close friend to George Washington, who likewise was part of the British forces. A physician by training, he followed Washington's advice to move to Fredericksburg to practice medicine and operate an apothecary. 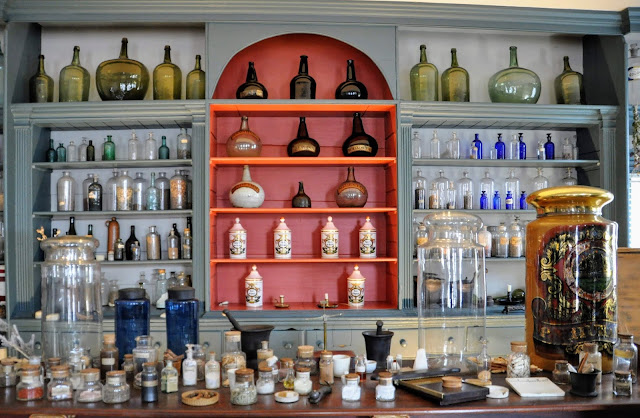 The museum tour discusses what passed for medical treatment in the 1700s, reviewing what different plants and herbs and chemicals did, how effective some of the treatments actually were. 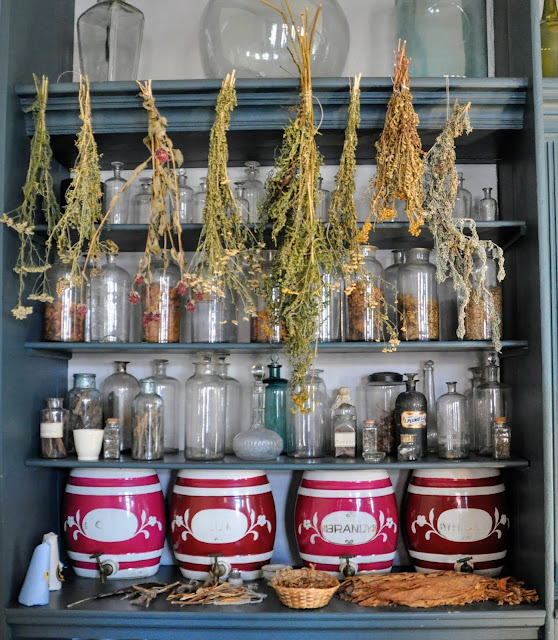 Dr. Mercer served the citizens of Fredericksburg with medicines and treatments of the time. Leeches, lancets, snakeroot, and crab claws made up just some of the remedies. Dr. Mercer practiced medicine for 15 years in Fredericksburg. His patients included Mary Washington and other members of the Washington clan, as well as other local notables. 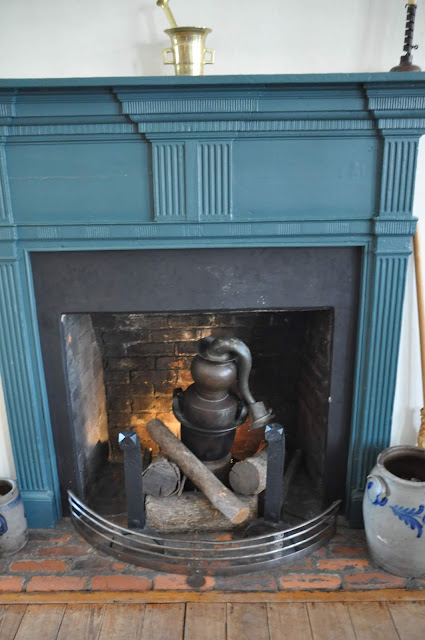 The primary medical theory of the first half of the eighteenth century was the body was composed of fluids and fibers. Bones, muscles, and blood vessels were made of fibers that could become either too stiff or too relaxed and thus cause disease. It was also thought that some medical problems were caused by a failure of body fluids to move properly. 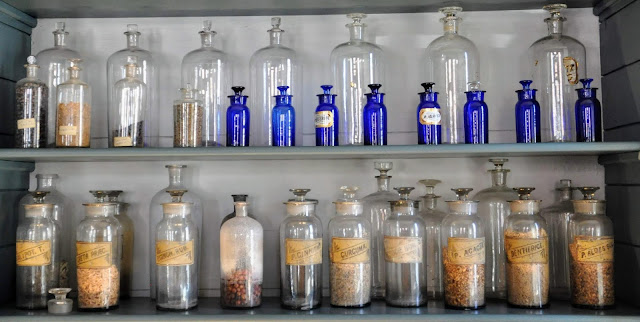 In the eighteenth century, the main reason for bloodletting was to relieve inflammation: redness, swelling, pain, and heat. 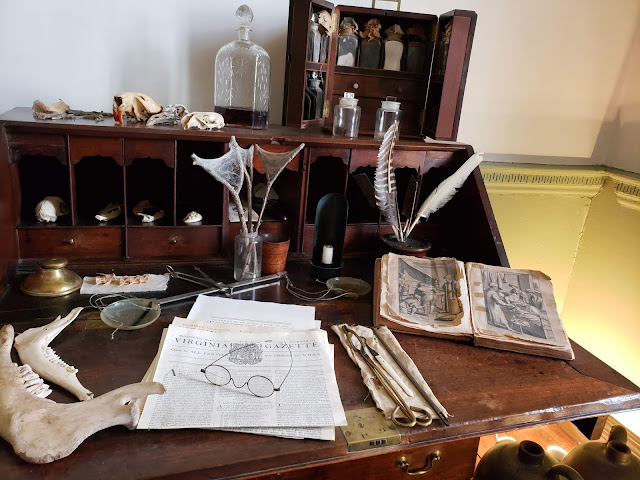 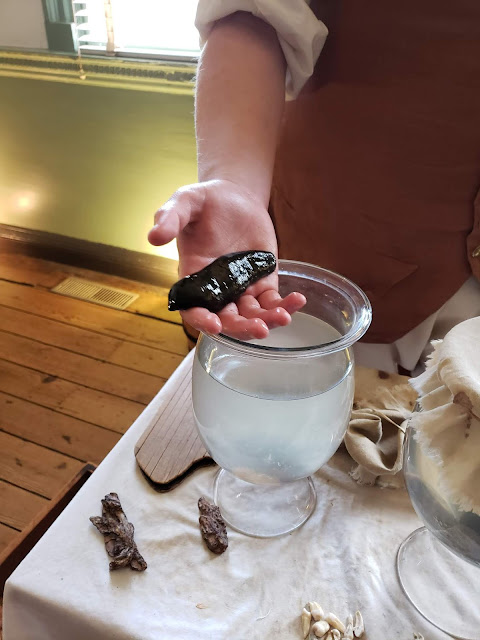 The star of the tour is the leech that the tour guide pulled out of the apothecary jar in Mercer's doctors office -- he was pharmacist, physician, and dentist, all in one. The discussion of the dentists' tools and how they were used elicited heartfelt groans from the others on the tour: fear of dentists stretches back in history and is nearly universal. 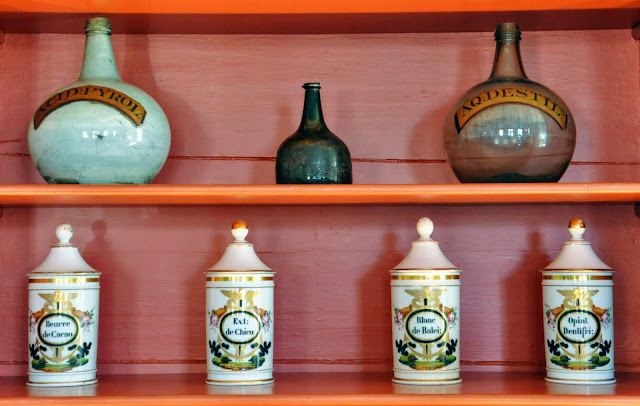 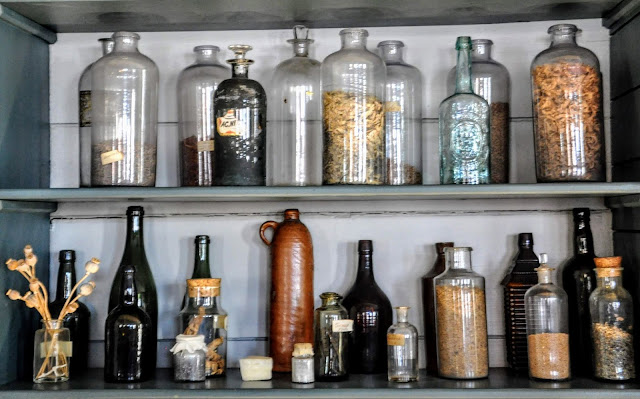