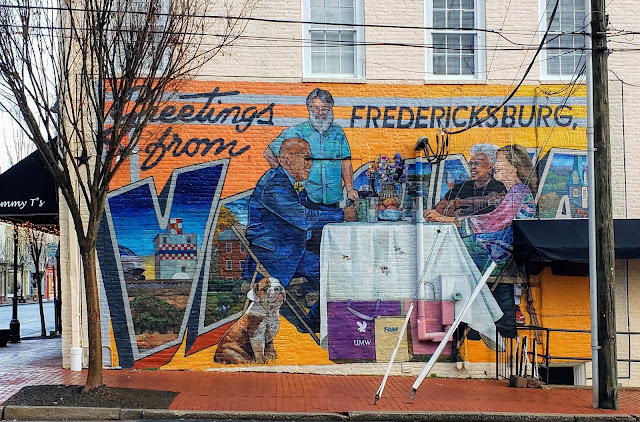 Fredericksburg, with its old, historic streets and predominantly colonial-era buildings downtown, really is a quaint town, with lots to see and do. The historic downtown area retains its colonial-era charm and is very walkable. 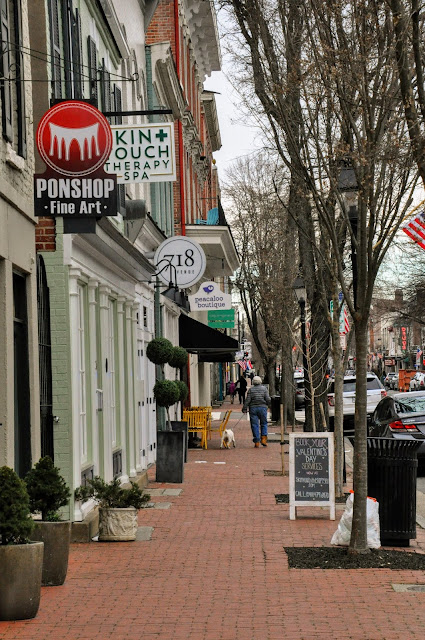 I particularly enjoyed walking along Caroline and William Streets, browsing its many shops, including quite a few interesting boutique stores. 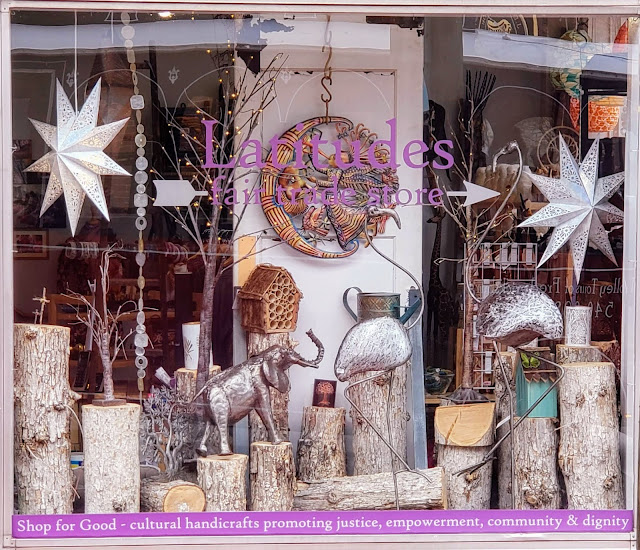 I have to admit, Latitudes was a favorite! 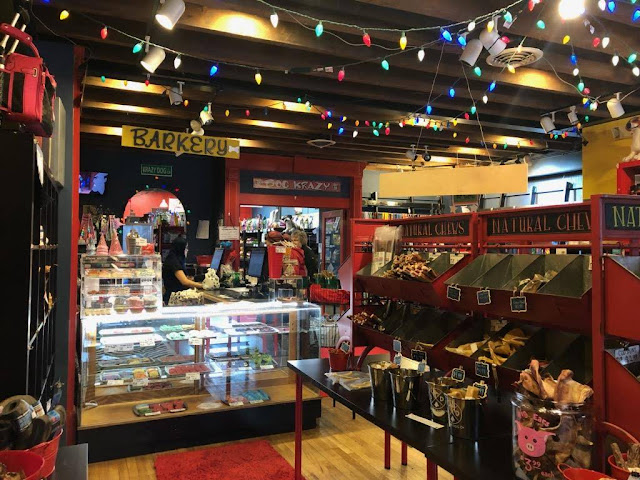 But Dog Krazy ran a close second (my pooches at home certainly benefited from this stop!). 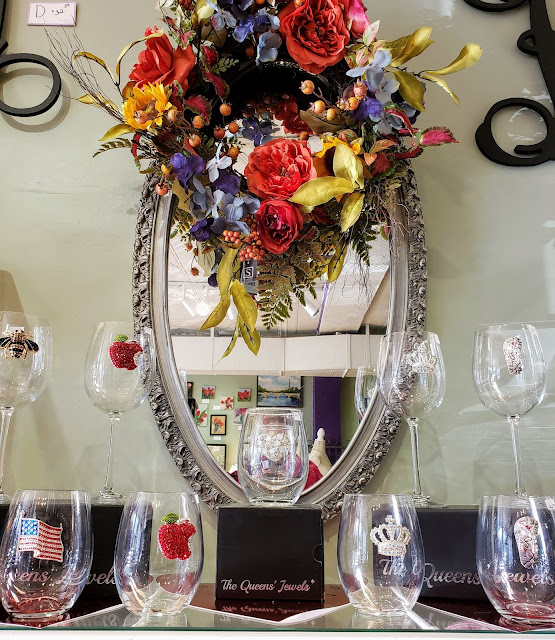 And I could have spent all day in Heather. 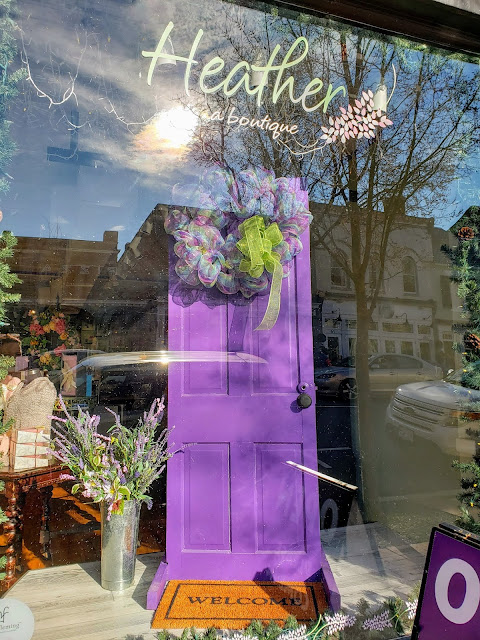 Antique lovers will be sure to find a special treasure at one of the eight or nine antique stores that line Caroline Street. 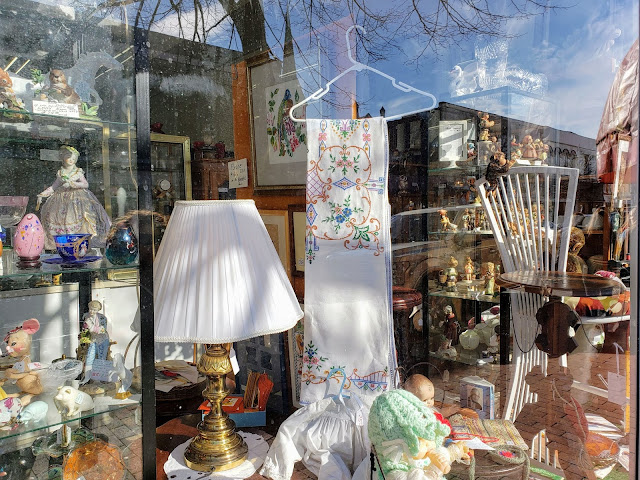 If you get hungry during your exploration of Fredericksburg, never fear. There are quite a few interesting restaurants, right downtown. 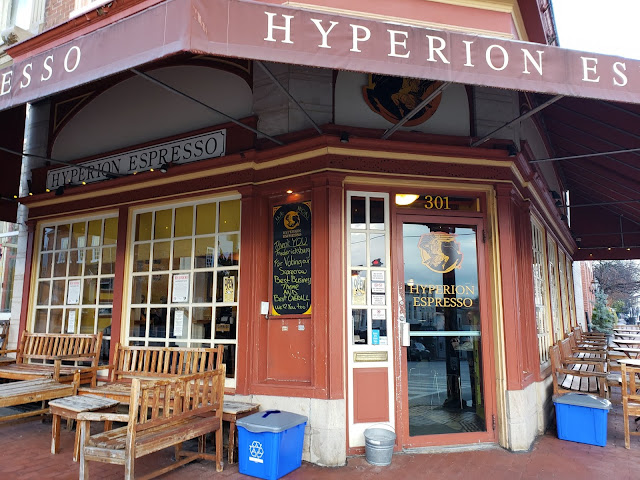 Start your day with a stop at Hyperion Expresso or Eileen's Bakery and Cafe. Both offer a variety of coffees and teas, along with some baked goods to die for. 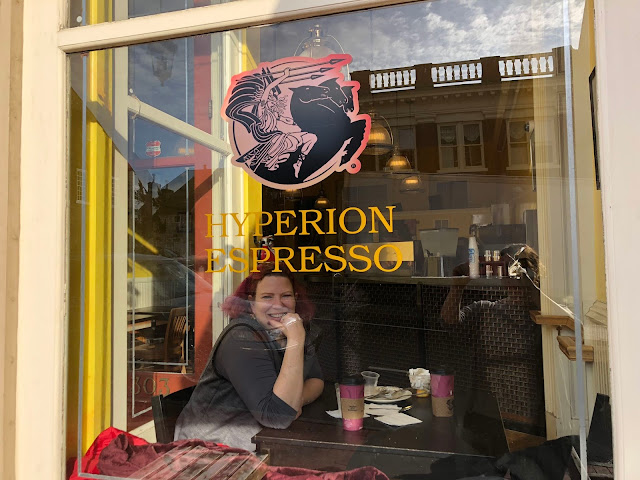 An absolutely must is a stop at Goolrich's Modern Pharmacy. Leave your prescription at home (although you really can get it filled there), because what you're really going there for an old-fashioned malt, float, or shake at the country's oldest continuously operated soda fountain. I can vouch for the strawberry shake... 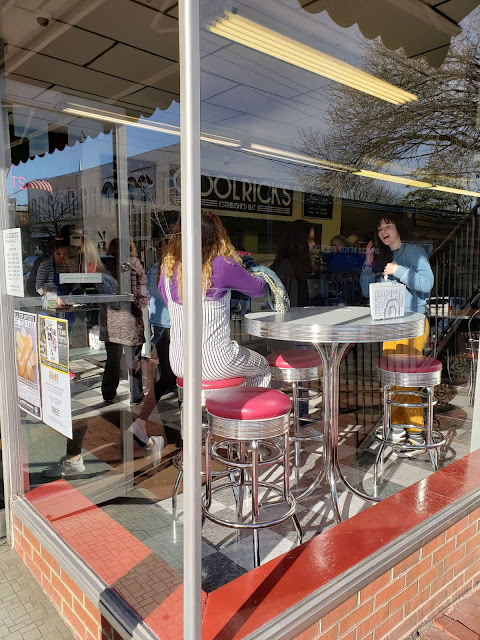 For lunch, dinner or a late night snack, take the 28-inch pizza challenge with one of Benny Vitalis New York style pizzas. Be prepared to stand, though. Benny's has lots of pizza, but not lots of seats. 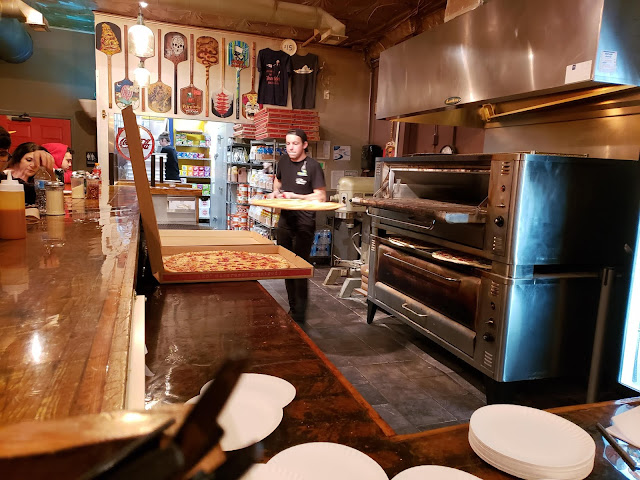 For a more relaxed luncheon, head over to Princess Anne Street, where Foode is located, in a former bank building. Foode's farm-to-table menu offers a variety of comfort foods, light fare, and creative updates on traditional items. Be sure to try the Fredericksburger! 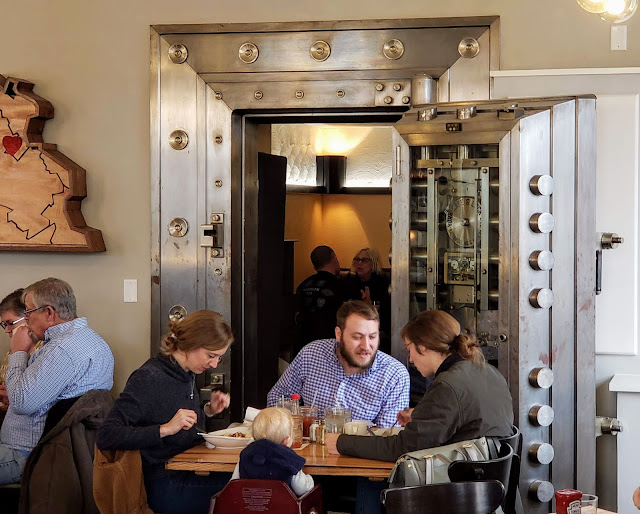 Two of the larger antique stores were the site of a famous 1960 protest of what was then segregated lunch counters. During the Jim Crow era, three downtown establishments -- W.T. Grant Department Store, F.W. Woolworth, and People's Service Drug Store -- had whites-only lunch counters. The sit-in enacted political and cultural change, and by the end of it, the three lunch counters rejected their former racist policies and integrated their lunch counters, providing equal access to all regardless of their skin color. 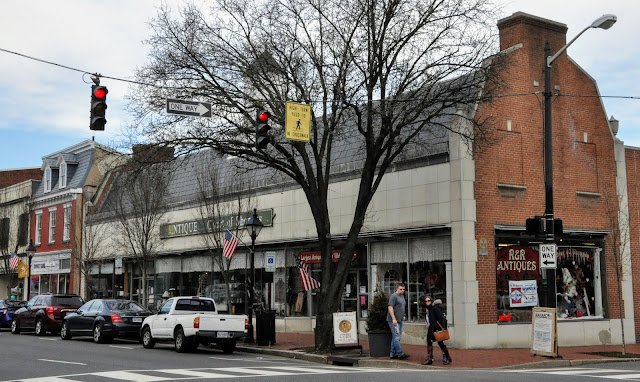 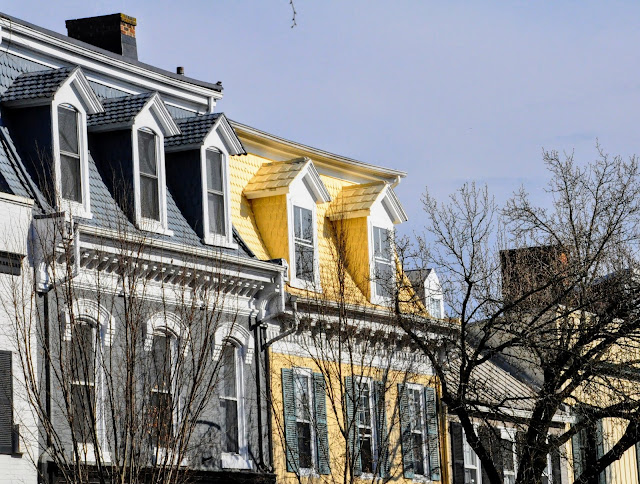