Historic St. Mary's City (HSMC) is a National Historic Landmark and an important archaeological site marking the former colonial town that was Maryland's first colonial settlement of the European invasion -- and the fourth permanent English settlement in North America -- and Maryland's capital for 61 years.

St Mary's City is spread across 800 acres along St. Mary's River, a brackish tributary to the Potomac River, near its mouth on the Chesapeake Bay. 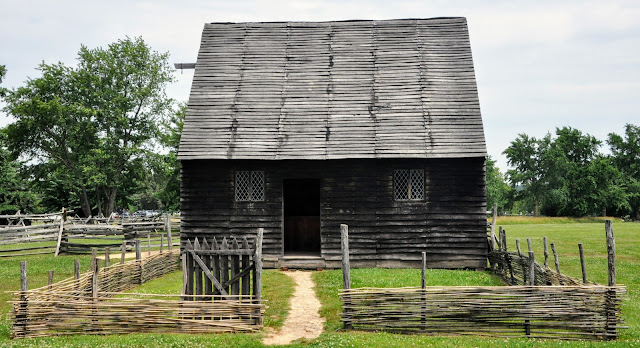 In 1633, two ships, The Ark and The Dove, set sail together loaded with Protestant and Catholic settlers, Jesuit missionaries and indentured servants. After a long, rough sea voyage, they arrived in what is now Maryland in March 1634. 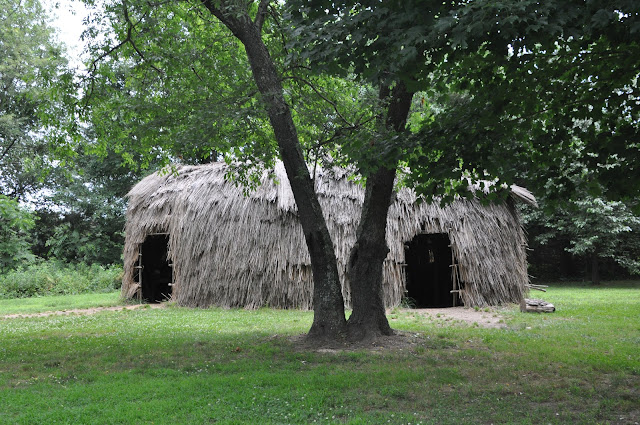 The site was already a Native American village when they arrived, occupied by members of the Yaocomico branch of the Piscataway Indian Nation, but a former Virginia colonist who was fluent in their language had accompanied the group, and they were able to negotiate the sale of 30 acres for the new settlement from the paramount chief of the region, who was motivated by his desire to develop the settlers as allies and trading partners (especially because of their advanced technology - farming implements, metal-working, gunpowder and weapons, types of food and liquor). For a while, at least, the two groups co-existed peacefully. 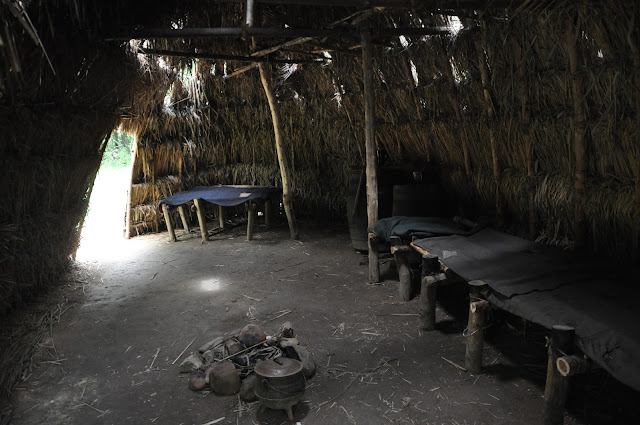 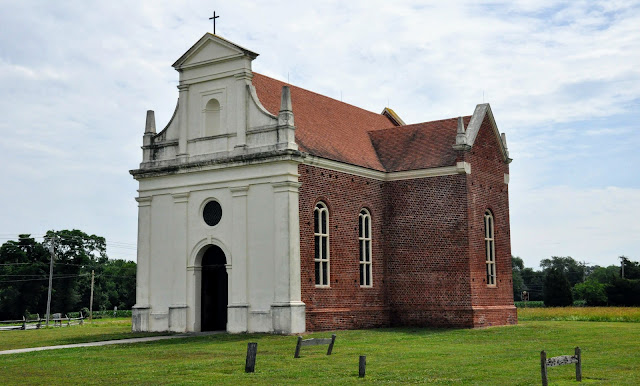 Decades of research have shaped the foundation of exhibits assembled across the landscape: re-created structures in the town center, the Brick Chapel of 1667, the State House of 1676, a Woodland Native American hamlet, a tall ship, and a tobacco plantation complete with heritage livestock. 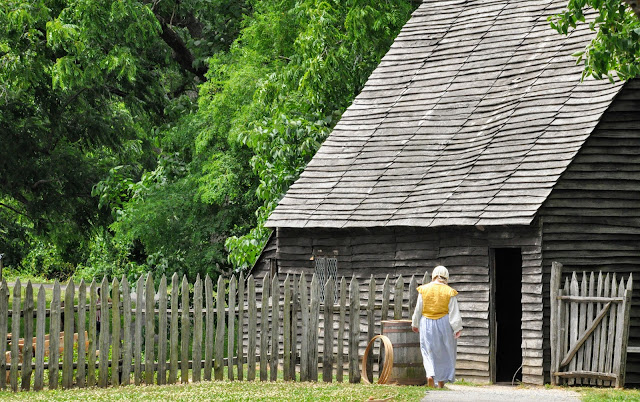 You can't help but draw comparisons with Williamsburg, VA, and the recreated colonial city there. St. Mary's City's reconstruction is to a period 100 years prior to Williamsburg -- the very earliest stage of the European invasion and settlement in North America. The buildings, aside from the lovely Catholic church, were constructed of wood. In many ways, however, St Mary's City is more similar to Historic Jamestowne and Jamestown Settlement, the recreated fort and native american village and living history museum adjacent to the original Jamestowne site. 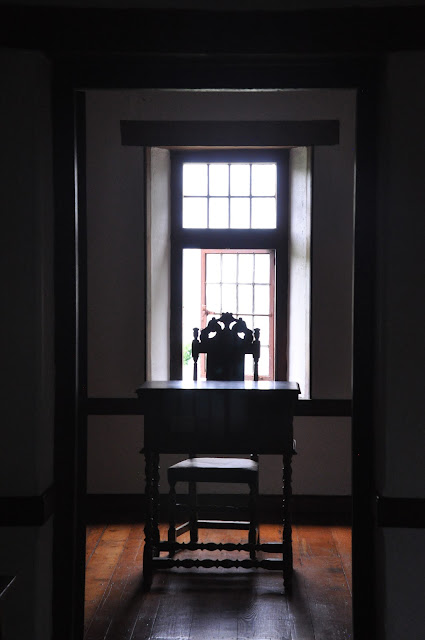 It is startlingly to see how many buildings there were. "Ghost" buildings -- wood frames outline where the buildings would have stood and how they would have looked -- dot the landscape. We also enjoyed exploring the witch in the reconstructed Piscataway village. 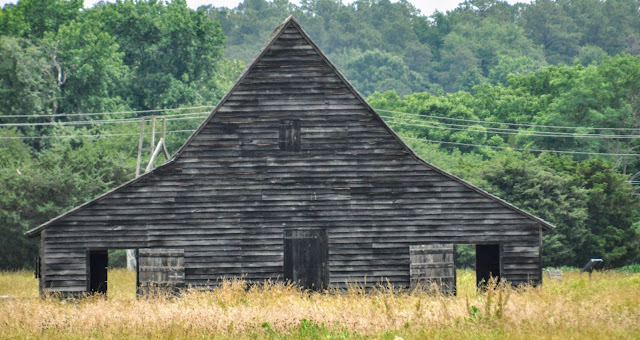 Exhibits and signage do not shy away from the issue of the white European enslavement of African men, women, and children kidnapped from their homeland, although indentured servitude was the earliest form of forced servitude in the settlement. Most women came over as indentured servants, working for a period between four and seven years. If they survived until the agreed-upon period was over, they were free to marry and live their own lives. In fact, most of the early immigrants from England were indentured, until the 1660s, when the economy improved to the point that few were willing to come over. 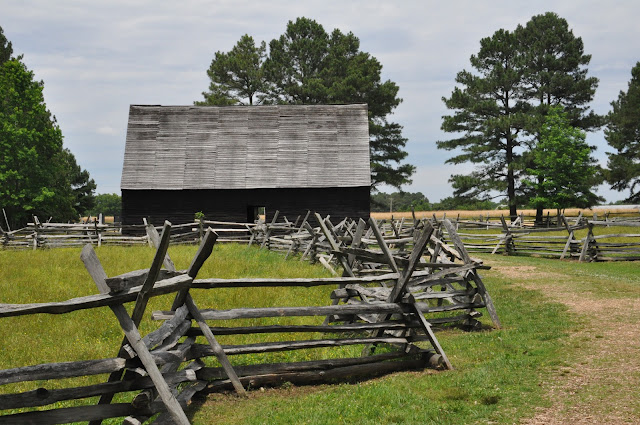 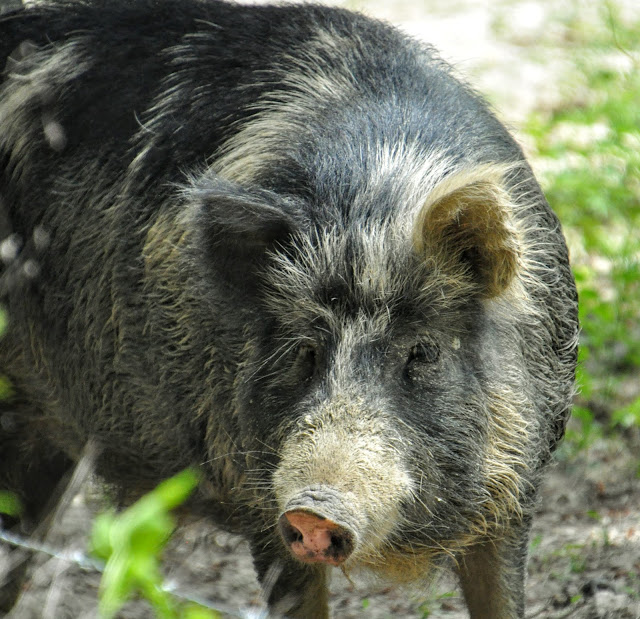 Interestingly, St. Mary's City is also considered the birthplace of religious freedom in the United States, with the earliest North American colonial settlement ever established with the specific mandate of being a haven for both Catholic and Protestant Christian faiths. 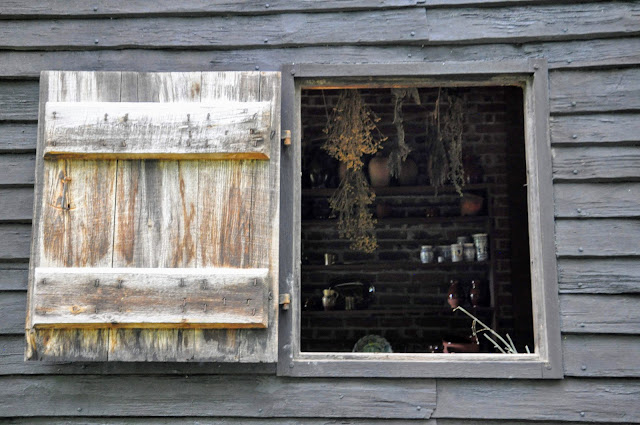 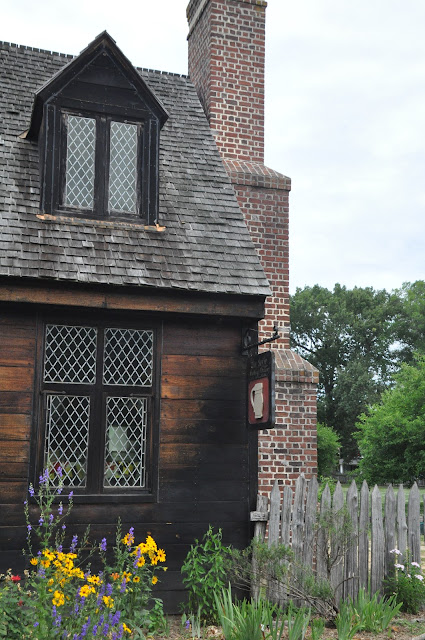 The HSMC research department was established in 1966, with the archaeology program following in 1971 to study the history of St. Mary’s City, preserve its archaeological evidence, and interpret that history for the public. 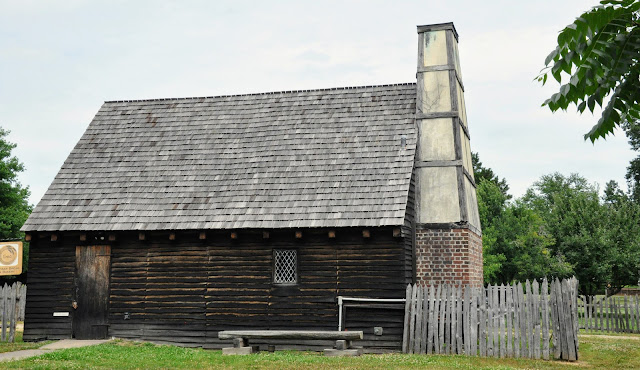 Getting there: The visitors center, and logical place to start your visit, is located at 18751 Hogaboom Lane, St. Mary’s City

Hours: Historic St. Mary’s City’s hours change by season. Some on-site exhibits or shops may close on Sundays. Check the website for hours for the time you wish to visit. 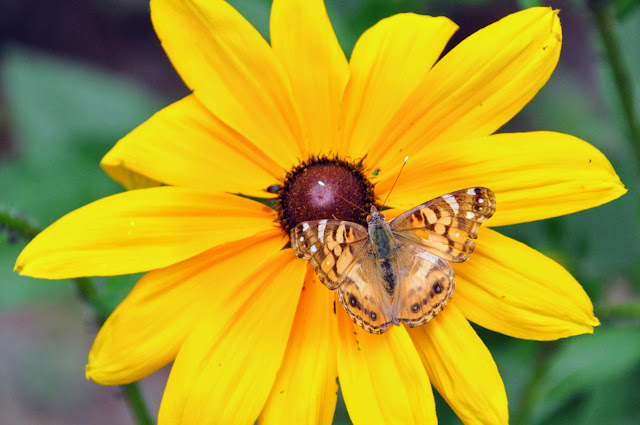