George Washington purchased this house for his mother from Micheal Robinson in Fredericksburg, Virginia in 1772 for $275. Mary Ball Washington spent her last few years in the white frame house on the corner of Charles and Lewis Street.

Close to her daughter Betty's home at Kenmore, Mary would walk the few blocks to visit her daughter frequently.

Later in his life, on his visits to Fredericksburg, George Washington was a frequent visitor to his mother's home, and, in April 1789, came to this house to receive a blessing from his mother before his inauguration.


A visit to Mrs. Washington in her home became a regular stop for distinguished visitors to Fredericksburg. Among those stopping by to pay their respects were John Marshall, George Mason, Thomas Jefferson, Marquis de Lafayette, and members of the Lee family. (These are American legends. Incredible!) She lived in this home until her death later in 1789.


The house we see today at the site is larger than the cottage Mary would have known. Evidence in the walls themselves (different building methods and materials) indicate that the part of the house to the left of the current front door (as you face the house) was what Mary would have lived in. The other parts of the house were added later, when the property was converted into a boys school.

I love touring house museums and the big homes and former plantations of this country. Many of these places are making great strides in acknowledging the lives and contributions of those who were in forced servitude at those sites, and I was initially disappointed that on this tour the Mary Washington House didn't even acknowledge that Mary's comfortable lifestyle was due entirely to the contributions of those individuals she enslaved. 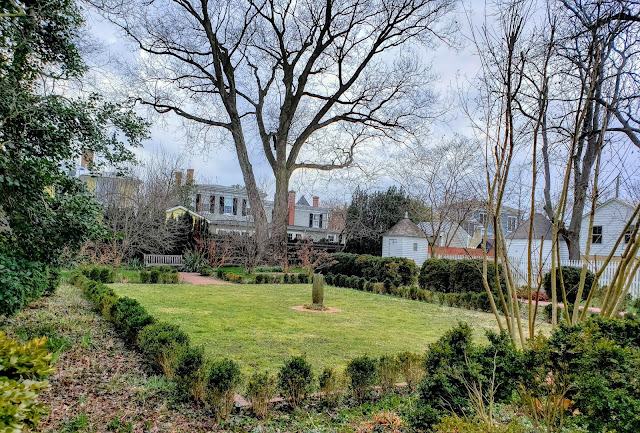 I was bothered enough to write to the manager of Mary Washington House, Michelle Hamilton, who responded promptly.

Hamilton noted that little is known about the six individuals that Mary Washington enslaved when she died in 1789, other than that their names were Old Bet, Little Bet, Lydia, George, Tom, and Frederick. There is no evidence that Mary Washington owned an Irish indentured servant while living at the property.

Following Mary Washington’s death in 1789, the individuals were given, per her will, to various members of the Washington family. After 1789, Old Bet, Young Bet, Lydia, Tom, and Frederick, disappeared from the historic record. Hamilton has been researching their lives past 1789, but hasn't been able to find anything. 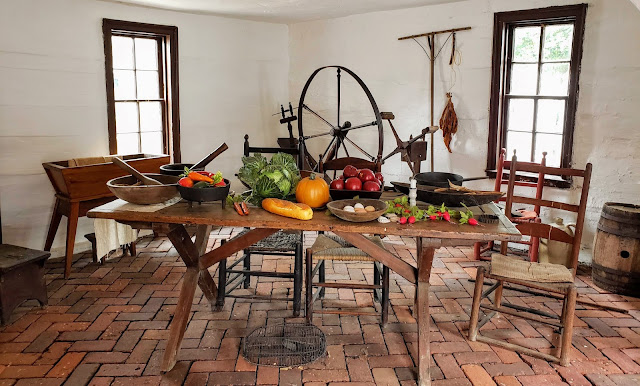 She was able to trace George. He was living at Mount Vernon in 1789, having been loaned to George Washington. George worked in the mansion gardens and was called George Gardener. He had fallen in love with an enslaved woman, named Sal Twine; together they had several children. George Washington accepted George Gardener as part of his inheritance following his mother’s death. 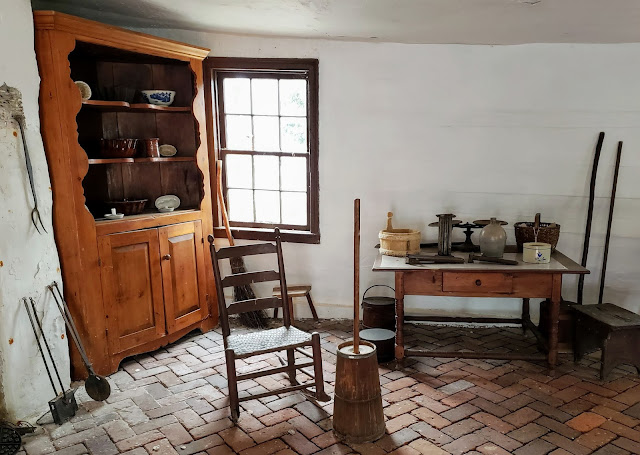 In 1800, George Gardener was freed as part of George Washington’s will. Sadly, Sal Twine and their children were not freed -- they were part of Martha Washington’s dower property -- enslaved individuals she brought with her from her first marriage. After 1800, George Gardener seems to disappear from written record -- he likely had been forced to leave the area because of laws against freed slaves living near their former homes. Sal Twine and her children remained enslaved for the remainder of their lives.

Hamilton noted that the tour at the Mary Washington House is being currently revamped. "We are working on including more on the lives of the enslaved workers who resided at the property," she said. She also promised to ensure that the tour guides received additional training. It's clear that the house museum was already researching the lives of the individuals Mary Washington had enslaved on the property, but I'm glad I brought this to their attention. So much matters, in a word or phrase: enslaved individual versus servant, staff or help. 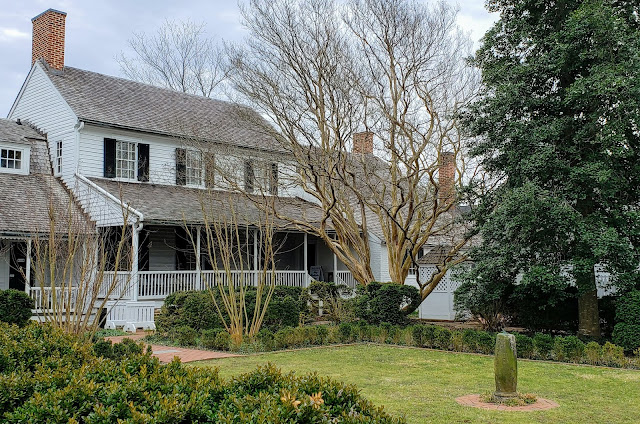 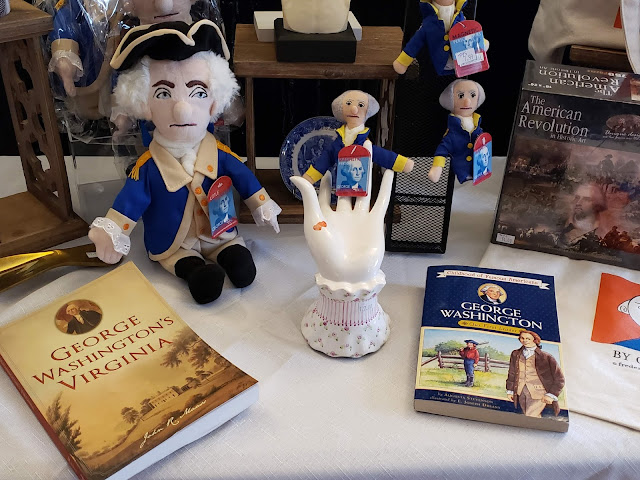 Beginning in March, I started a series of posts about Fredericksburg, VA. To see others in this series, click on the label "Fredericksburg" below this post.
Posted by Jody Arneson at 6:30 AM