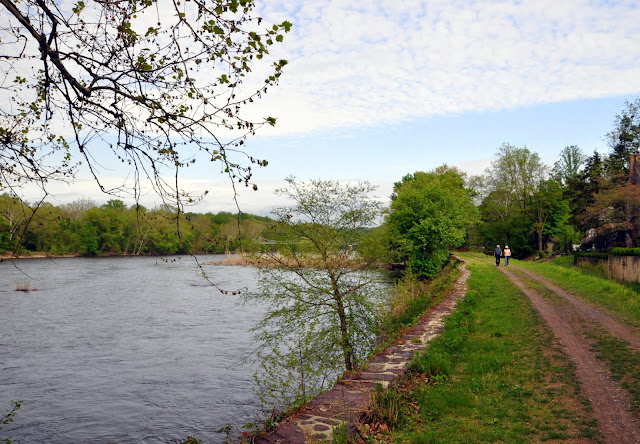 The 60-mile long Delaware Canal towpath runs from Easton to Bristol and is a National Recreation Trail. 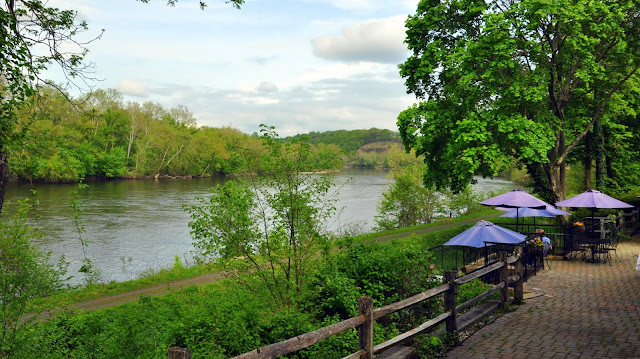 The Delaware Canal runs from the Lehigh River at Easton (home of The National Canal Museum and terminal end of the Lehigh Canal) south to Bristol. The Commonwealth of Pennsylvania built the Delaware canal as part of its Main Line of Internal Improvements to carry anthracite coal, limestone, cement, and lumber from the northeastern reaches of Pennsylvania to Philadelphia. 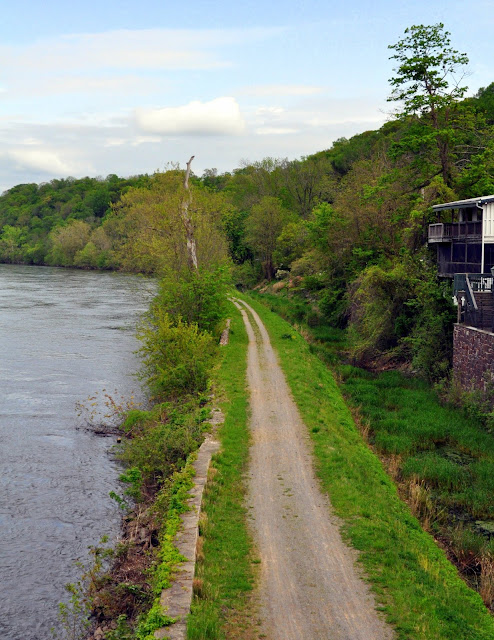 Spurred by the early success of the Erie Canal in New York State, which had opened in 1825, the Delaware Canal opened in 1832. 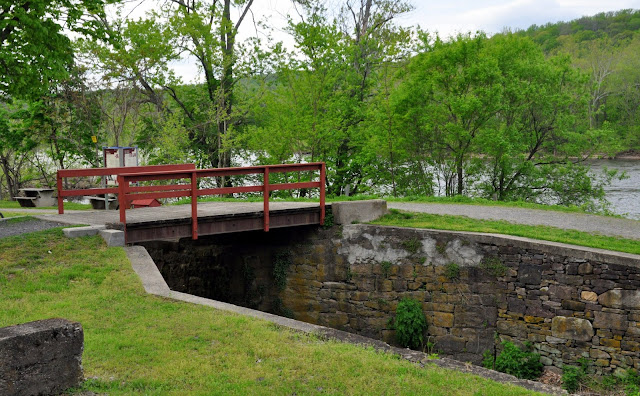 What's cool about this canal, beyond its lovely scenery, is that it still has most of its original locks, aqueducts, and overflows. According to the National Park Service, it was the "longest-lived canal in the country."

We picked up the towpath in Lumberville, where a truss walking bridge spans the 800-foot wide river.

Lumberville, PA, just seven miles north of New Hope and the stretch of the canal we walked a couple years ago, was settled by Colonel George Wall, a Revolutionary War officer and Bucks County Sheriff. 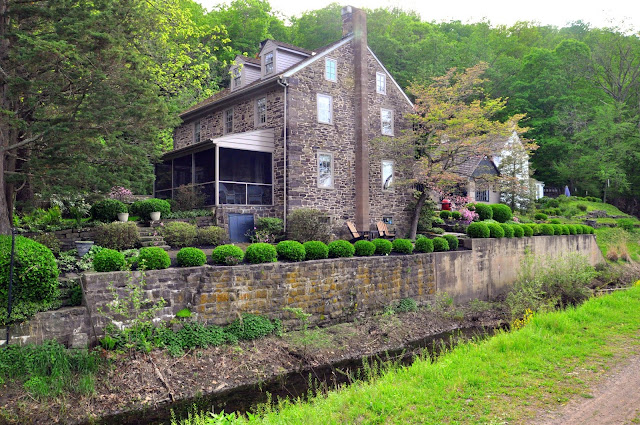 Originally named Wall's Saw Mills and Walls Landing, its name changed when William Tinsman purchased the lumber mills in 1869; the mills are operated by his descendants to this day.

For most of our walk, we were in easy sight of the Delaware River. In fact, the canal runs parallel to the Delaware River from Easton, where over the years, it transported millions of tons of anthracite from the privately developed Lehigh Canal to the city and port of Philadelphia.

By simply parking in one of several areas located along the loop trail, visitors have easy access to the canal towpaths in both states, and can ride, walk of jog a complete loop back to their car. Loop trail connection bridges are in the Pennsylvania towns of Uhlerstown, Lumberville, Center Bridge, Washington Crossing, and Morrisville. 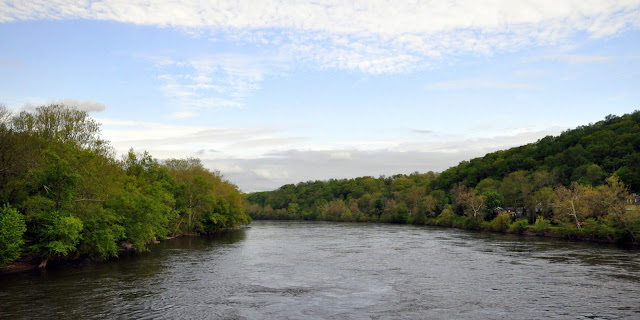