Learn about Life on the Chesapeake at the Calvert Marine Museum 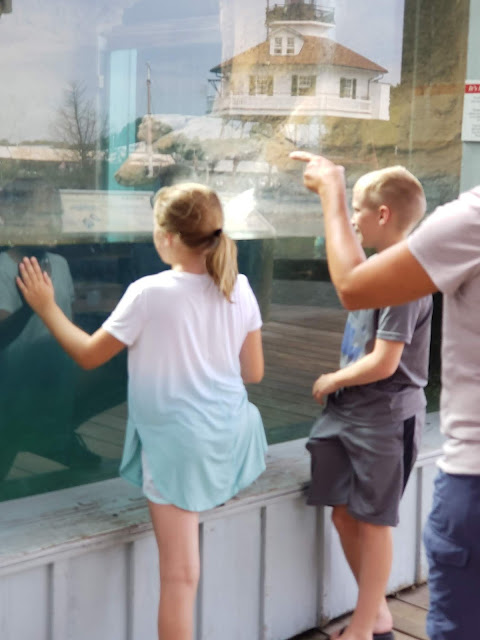 If you visit Solomons Island, MD -- and you really should go check it out -- you should visit the Calvert Marine Museum. 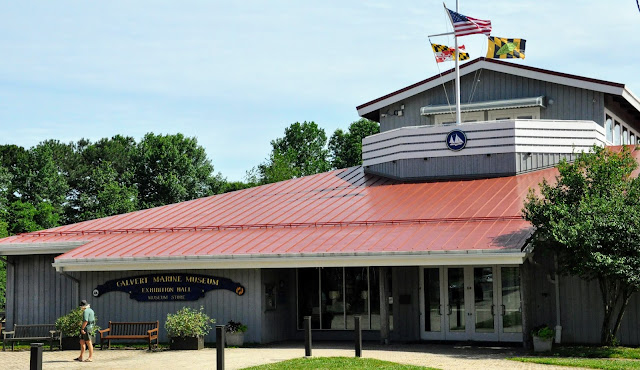 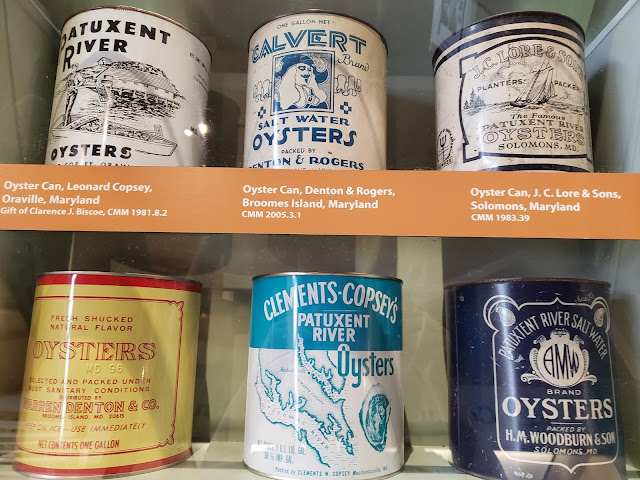 The museum presents several exhibits, including an extensive collection of historic working boats (if you've ever wanted to see an historic bugeye, this is where you'd go for that! There's a beauty in those boats that's worth seeing. 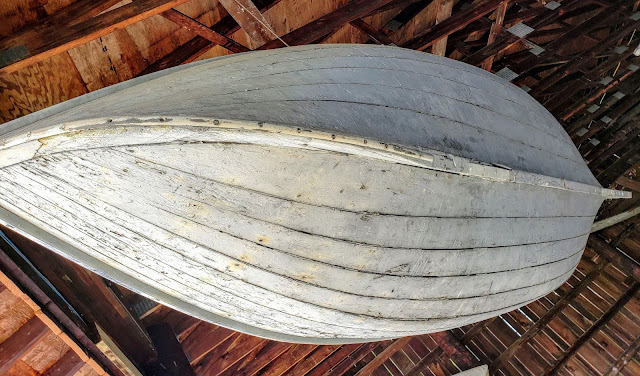 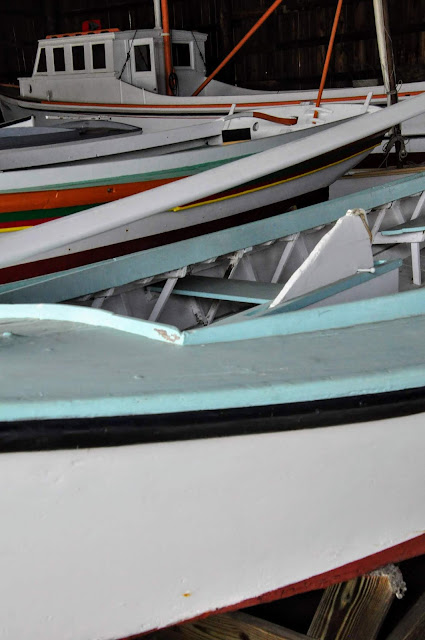 In addition, you can climb up into the Drum Point Light, which has been restored to how it would have looked during its working life. 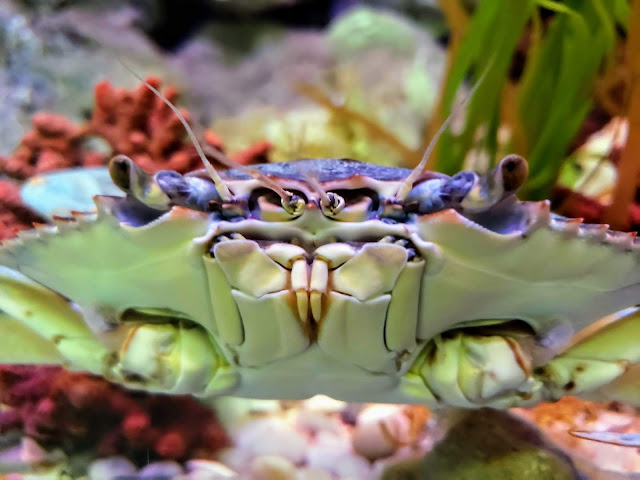 A high point of the museum are its several aquatic exhibits, including an outdoor habitat for the North American river otter, and indoor aquarium exhibits for the sting ray, skates, the non-native lionfish, and numerous other species native to the Chesapeake Bay and its tributaries. 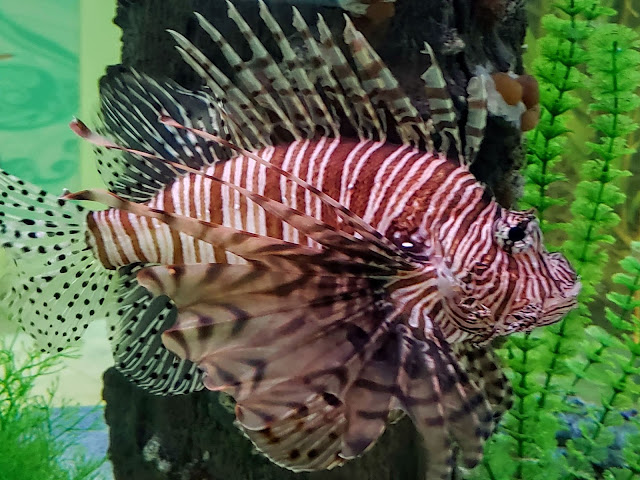 In 2018, the museum introduced its new "Dinosaurs of Maryland" exhibit, which explores the diversity and history of Maryland fossils (and fossil hunting), which makes it a good pairing with a hike to nearby Calvert Cliffs and fossil-hunting for ancient shark teeth. 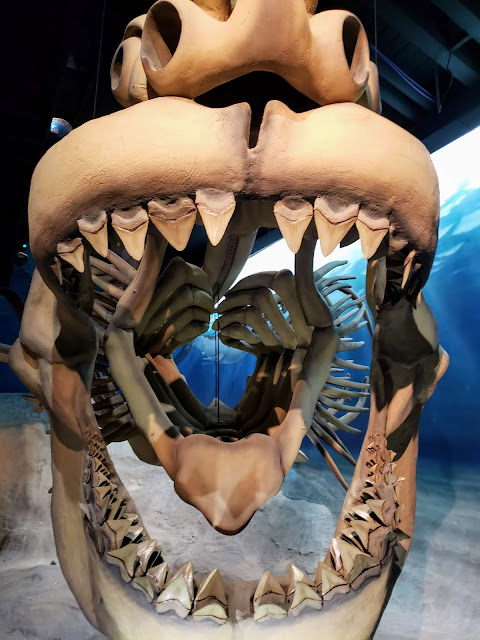 Drum Point Lighthouse
This historic lighthouse is a screwpile light, with a traditional cottage on top -- one of only three remaining from the original 45 that once served the Chesapeake Bay region. It functioned as a lighthouse until 1962, when it was decomissioned. Sadly, then it fell victim to vandals and neglect, until finally it was moved to its current location in 1975. 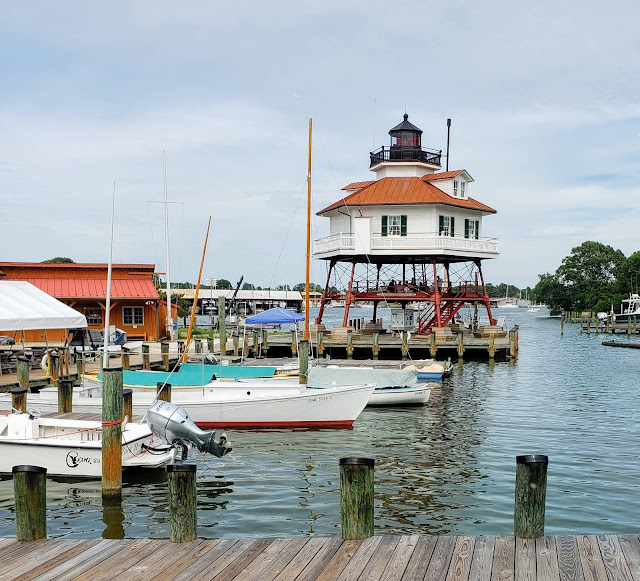 Now, it's restored to the time period of early 20th century, and is one of the museum's main attractions! 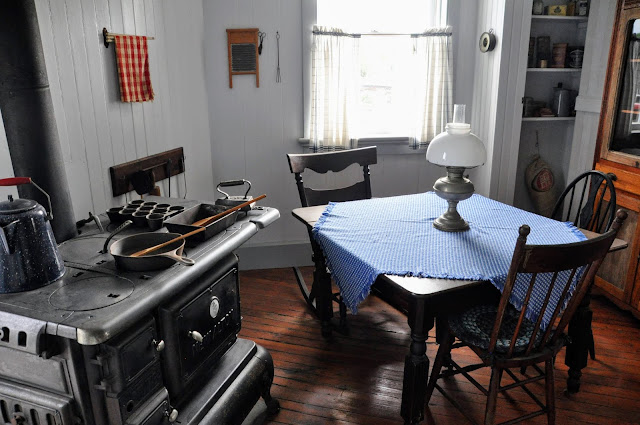 You can easily spend a couple hours exploring the exhibits, climbing up into the lighthouse, marveling at the fish, laughing at the otters, and learning about the hard life as a waterman working on the Chesapeake Bay. 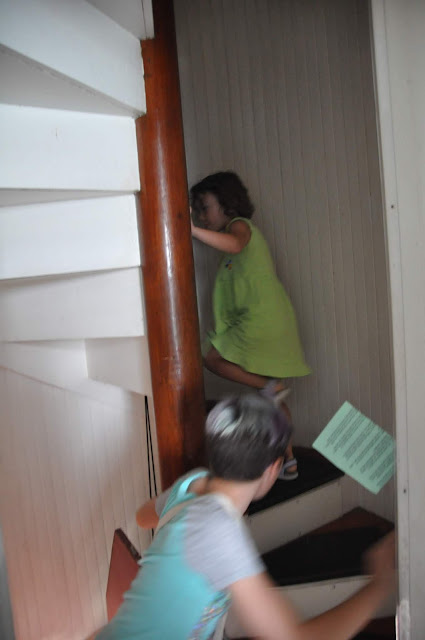 Kids will love it too -- this is a great place to bring the little ones, there's so much to grab their imaginations and spark an endless curiosity. 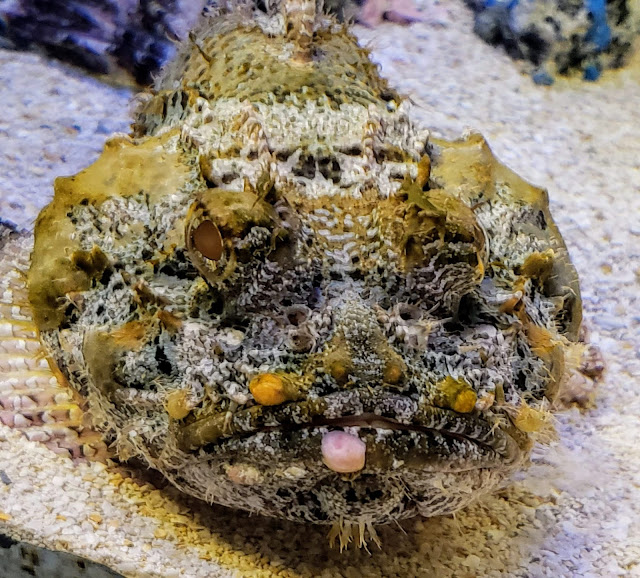 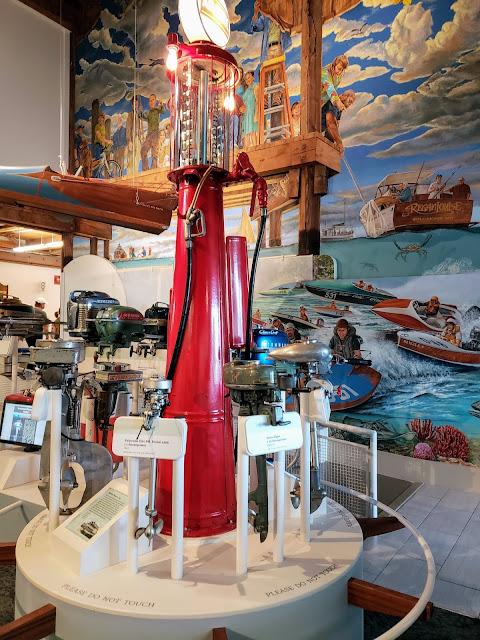 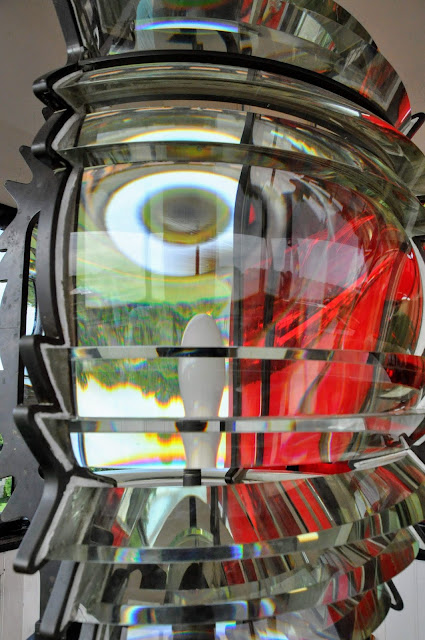