The Battle of Malvern Hill, which took place July 1 1862, was the culmination of the Seven Days Battles, which were the climax of the Peninsula Campaign, in which the Northern Army of the Potomac, sailing around Confederate lines, landed at the tip of the Virginia Peninsula southeast of Richmond, and headed inland toward the city, which was serving as the capital of the Confederate States of America. The Confederates fended off repeated attempts to take the city, slowing Union progress on the peninsula to a crawl. General Lee, newly in command of the Confederate troops, launched a series of counter-attacks, collectively referred to as the Seven Days Battles.

Malvern is noted for being a rare Union tactical victory, although the Confederates were able to prevent Federal troops from entering Richmond.

McClellan, then in command of the Army of Potomac, turned the victory into a defeat regardless.

Despite the strength of Malvern Hill, continued his planned withdrawal to Harrison's Landing, despite his generals' protests that the army should remain on top of Malvern Hill -- or even continue to advance toward Richmond. But McClellan believed three things that eventually dictated his movement:


Despite the defeat at Malvern Hill, Lee won the more strategic victory of ensuring the safety of the Confederate capital, and was lauded as Richmond's savior. McClellan, in stark contrast, was accused of being absent from the battlefield, a criticism that haunted him when he ran for president 2 years later. His withdrawal, despite the success at Malvern, compounded his broader defeat in the Seven Days Battles. McClellan's reputation was permanently tarnished.

This is an interesting battlefield, and as with most of the Civil War battlefields, there's benefit to getting out of your car. The trails at Malvern Hill enable those who do the hikes to see the entire battlefield. There are a series of informative signs -- but also be sure to grab the guide housed at the two welcome signs -- that help explain the events of the battle and the historic landscape.

You can start to understand how small ripples in the landscape become hills that cut off visibility. And an incline barely perceptible while you're driving your vehicle suddenly seems like an obvious advantage (if you're the one holding it) when you're on your feet looking down over the rest of the battleground.

Walk the battlefield alone, and you can be forgiven for imagining fingers brushing you as you move along the trail. You can, without much imagination, hear the guns firing, the cannon booming. It is a haunting place -- you walk along the trail knowing that men died here defending their respective causes. It seems both a terrible waste and a beautiful sacrifice. 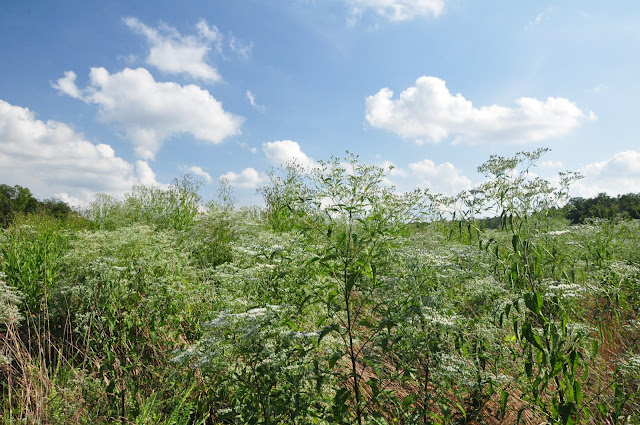 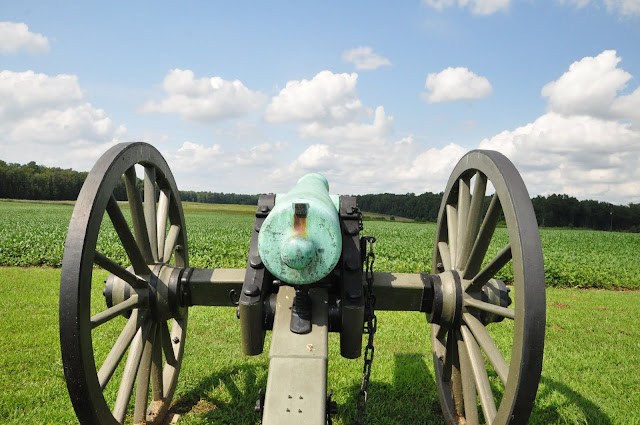