Rediscovering the Arts and Crafts Movement at the Moravian Pottery

By 1897, handmade objects were being discarded in favor of new machine-made goods. As an historian and an archaeologist, he sought to collect and preserve the outmoded material of daily life in America, before it was swept away by the Industrial Revolution. That included the old ways of creating things.


Born in 1856, Mercer had the vision to realize that industrialization was rapidly changing both how things were made, but also our knowledge of how to make things by hand -- the "old ways" of doing things. A proponent of the Arts and Crafts Movement, Mercer was intrigued by Pennsylvania Dutch red-glazed pottery methods -- artistic techniques that were rapidly disappearing -- and taught himself the skills and techniques. He was less successful as a potter than as he was a tile maker, and he soon turned his talents to manufacturing tiles.

The tiles were almost an instant hit, and a bare five years after he started the tile works, Mercer was tapped to provide floor tiles and mosaics for the Pennsylvania State Capitol building, which was being built in Harrisburg. 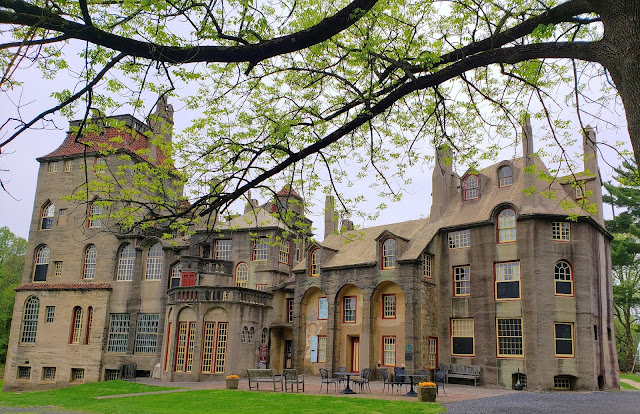 Fonthill Castle served as both his home and showcase for the tiles made a few hundred yards away. 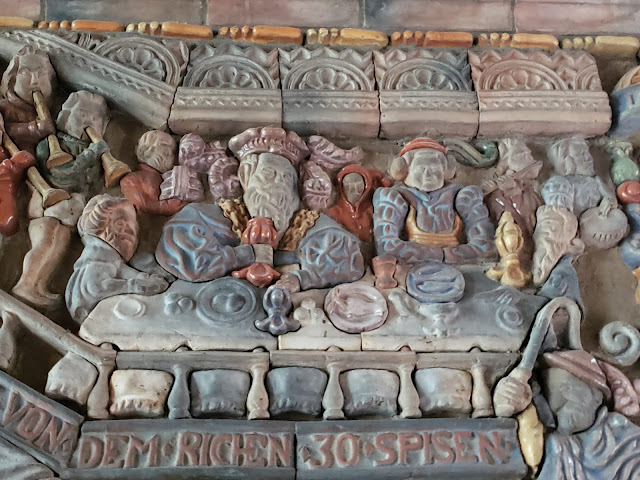 
Today, handmade tiles are still produced in a manner similar to what Mercer developed. Tile designs are reissues of original designs.

When the Bucks County Department of Parks and Recreation took over the tile works as a working museum, all tiles made by the museum were impressed on the obverse with a stylized "MOR," the words "Bucks County" and the year of manufacture. 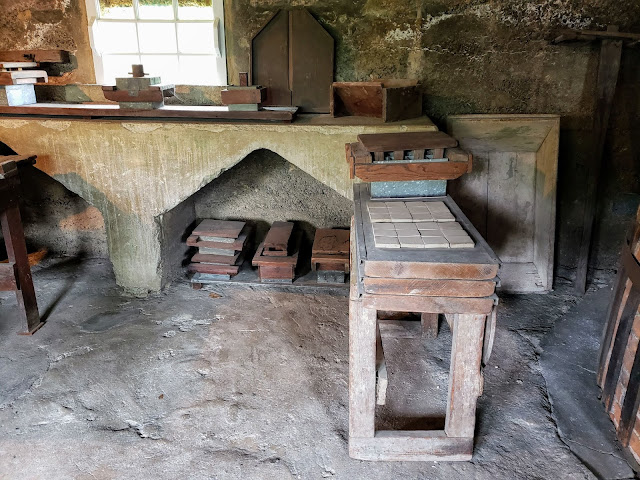 As you tour the museum, which is a combination video presentation and self-guided tour, you learn that the reproduction tiles made today still use Mercer's original molds, clay that is obtained locally and has properties similar to those of Mercer's original source, slips and glazes that closely follow Mercer's final formulations. 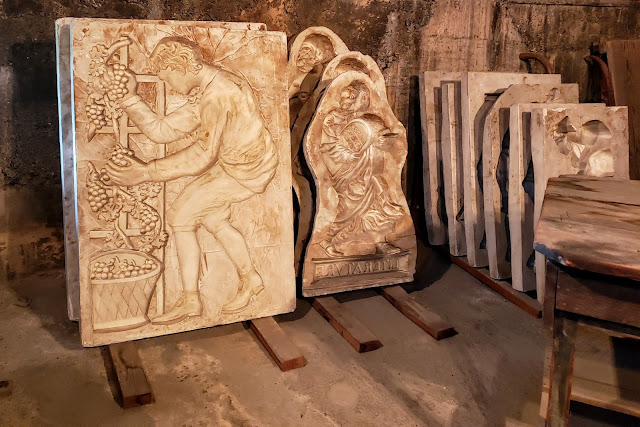 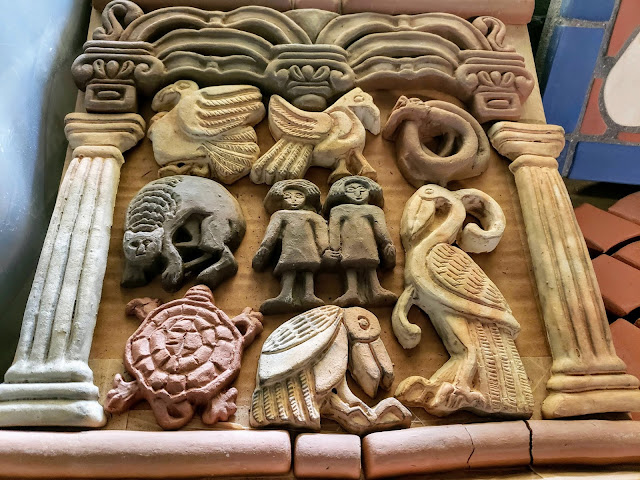