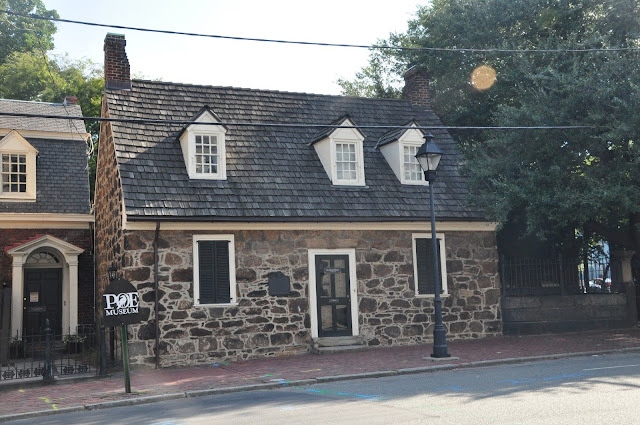 Although Edgar Allen Poe was born in Boston in 1809, Richmond was where he grew up, married and first became renown in the literary world. Richmond was his home. He even called himself "a Virginian." As America's first writer to attempt to make his living as a fiction writer, the Poe Museum in Richmond is a must-see stop if you're a Poe fan or simply want to understand this enigmatic man better. 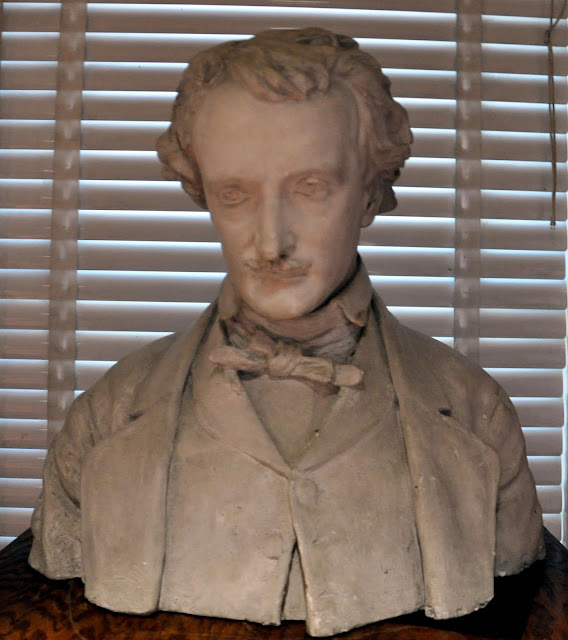 Located in the Shockoe Bottom neighborhood of Richmond, the Poe Museum is housed in a compound of four different buildings, including one of the oldest left in Richmond, the old stone house. Although he never actually lived there, it offers a tenuous connection to the writer, and still serves to commemorate his time living in Richmond. 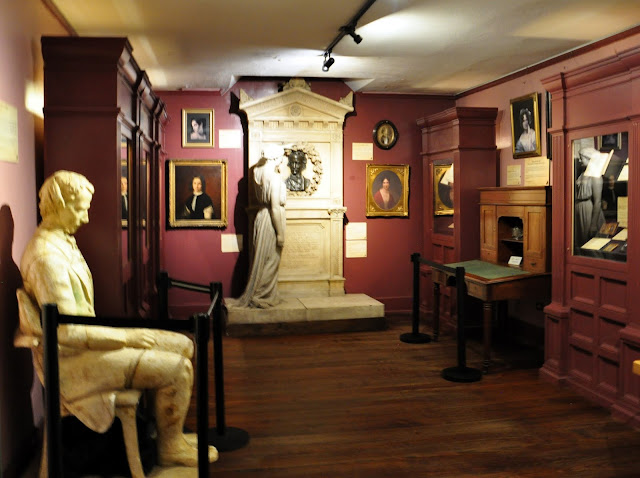 Poe's childhood was not an ideal one. His father abandoned his family not long after his younger sister was born. After his mother's death from tuberculosis, when he was not even 3 years old, the Allen family took him in; another family took in his sister Rosalie. He remained in Richmond until he was a young man, and a quarrel with his adoptive father, John Allen, drove him from the University of Virginia and from Richmond to the city of his birth, Boston. There he published his first book of poems, but by 1833, he was living in Baltimore with his aunt Marie Clemm, his older brother Henry and his young cousin, Virginia. In 1836, when Virginia was just 13 (you do the math -- she was but a child when he met her) he married her, his child bride. While living in Baltimore, Poe published a number of short stories and won a literary contest, which resulted in the young couple moving back to Richmond. 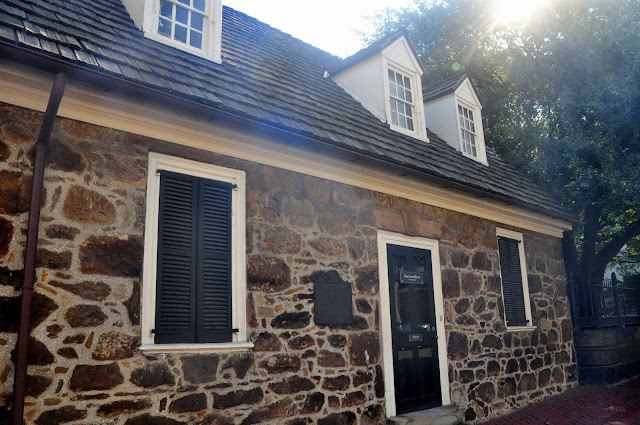 The old stone house, which forms part of the Poe Museum, is one of the oldest buildings in Richmond. Built in the early 1700s, the home was built by the Ege family, which supplied General Layfayette's troops during the Revolutionary War. In 1824, Poe as a young man stood outside the house as part of an honor guard for Layfayette's celebratory tour. An older Poe would often walk past the house on his way to and fro along Main Street. 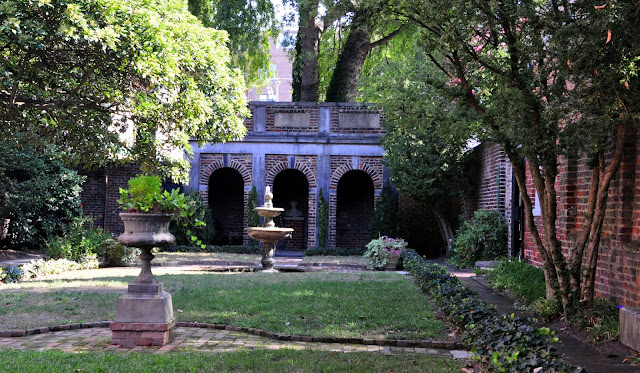 The Shrine and Enchanted Garden is meant to represent Poe's poem, "To One in Paradise." The Shrine was built of bricks and building materials from the office of the Southern Literary Messenger where Poe was employed and which was located just a few blocks from the museum. Inside the Shrine sits a “pallid bust” of Poe greeting visitors from all over the world. 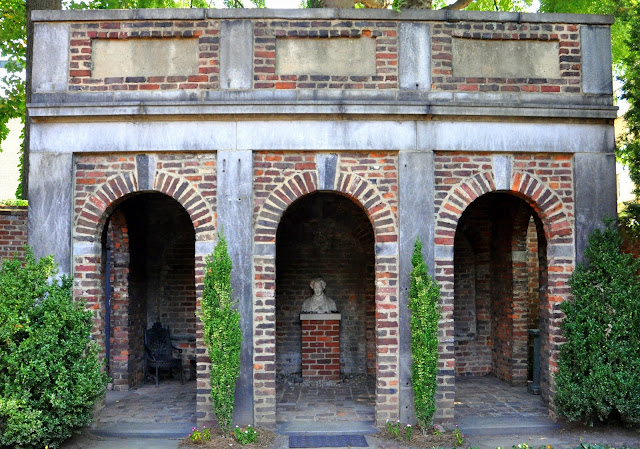 The Poe Museum is also home to two black cats, Edgar and Pluto, who roam the garden. 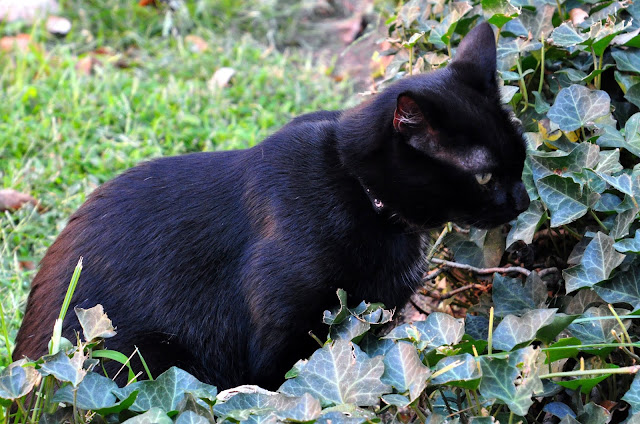 One of the permanent exhibits examines the controversies surrounding Poe's death, and his posthumous reputation. You can fit yourself into a coffin (and take a selfie) to gain a better understanding of Poe's fascination with death and dying. The museum buildings house a collection of artifacts: his socks, a vest, and other personal items, among others. 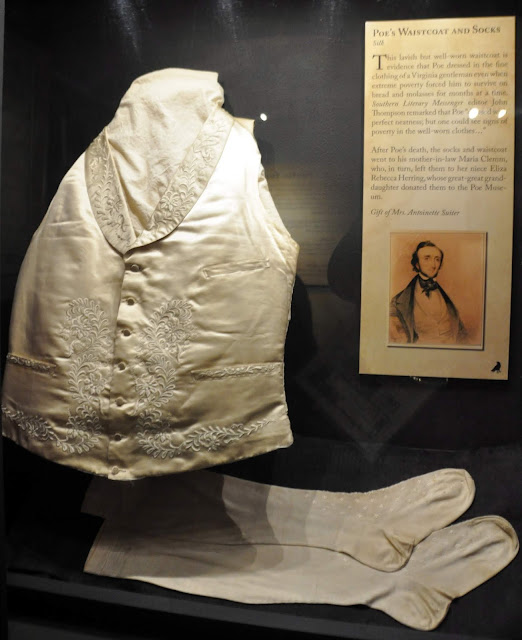 It is worth noting that two other major East Coast cities, in addition to Boston and Richmond, also lay claim to Poe and his legacy: Baltimore, New York City, and Philadelphia.