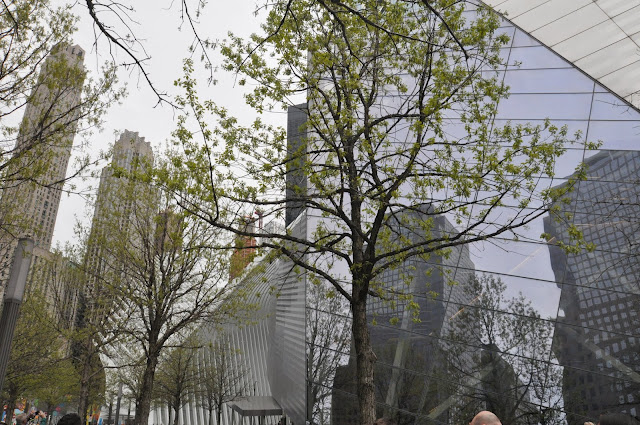 Every American, if they are old enough, has their own memory of that day, the 11th of September, 2001. A surprising number remember, of all things, the incredibly deep blue sky that yielded the planes which were the instruments of terror that day.

The targets, of course, were the World Trade Center in New York City, the Pentagon in Washington DC and, most likely, the Capitol Building -- symbols of America's financial, military and political influence on the world. As we watched -- most of us watching on TV after the first plane struck the North Tower -- aghast as subsequent planes hit the South Tower and then the Pentagon and then one diving into a field in Pennsylvania, our perspective changed forever. There is America pre-9/11 and America post-9/11, and a world of difference in between.

The memorial and the museum are hallowed ground: In a ceremony on May 10, 2014, the unidentified remains of 1,115 victims were transferred from the city medical examiner to Ground Zero, where they were placed in a space in the bedrock 70 feet below ground as part of the 9/11 Memorial Museum. 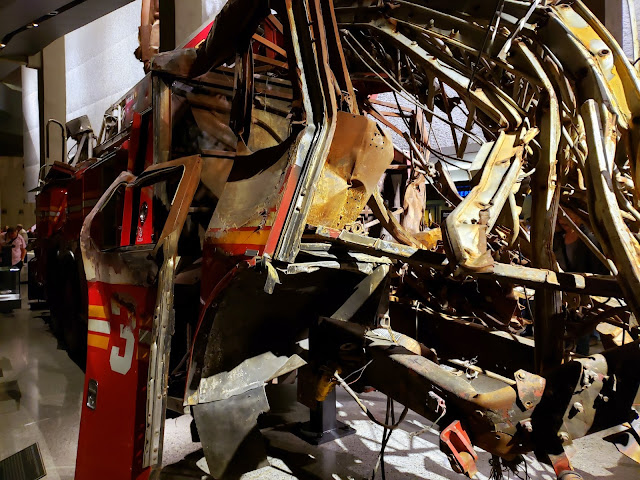 The museum displays monumental artifacts linked to the events of 9/11, including part of the antenna that stood atop the North Tower, a fire truck from Ladder Company 3 -- an organization which suffered 100% casualties when the towers collapsed, and gnarled remnants from the Twin Towers themselves. 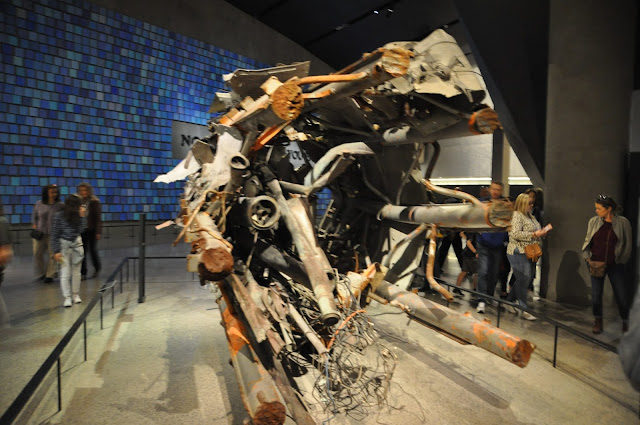 The memorial is startlingly simple: a grove of swamp white oaks with two square reflecting pools marking where the Twin Towers had stood; water falls from the parapets down to the reflecting pools and then down again in the center. You cannot see, from any angle, the bottom of that innermost waterfall, an unfathomable deepness, a reflection of the absence of the buildings and the victims themselves.

By demonstrating "the consequences of terrorism on individual lives and its impact on communities at the local, national and international levels," the Museum seeks to "attest to the triumph of human dignity over human depravity and affirm an unwavering commitment to the fundamental value of human life."


We owe it to our future selves to remember the impact of 9/11 on the families whose loved ones are not returning home, on our country that is still fighting an ongoing war on terrorism, on an impingement on our freedoms that pre-9/11, we took for granted. Visiting the memorial and the museum reminded me of what we have lost, and what we have gained in the years since.