On the Town Food Tours: Exploring the Restaurants of Haddonfield

Haddonfield has a long history. First inhabited by the Lenni Lenape Native Americans, the 1600s brought the European invasion, and with it, Elizabeth Haddon, for whom the town is named. 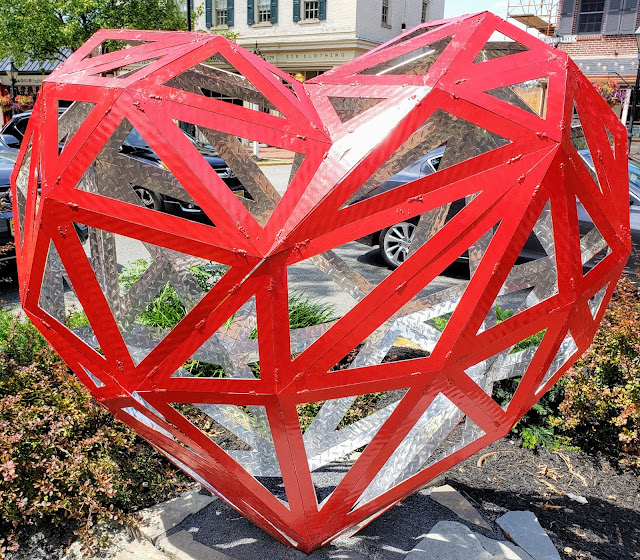 During colonial times, the town thrived, and in 1777, the New Jersey Legislature met at a local tavern, which is now operated as a museum, and declared New Jersey to be an independent state.

Its fortunes have gone up and down over the years, but now it's a quaint town enjoying a resurgence, and there is more to the town than an historic tavern! Populated by fun boutiques and interesting restaurants, it's definitely a destination for those interested in trying out different international cuisines. 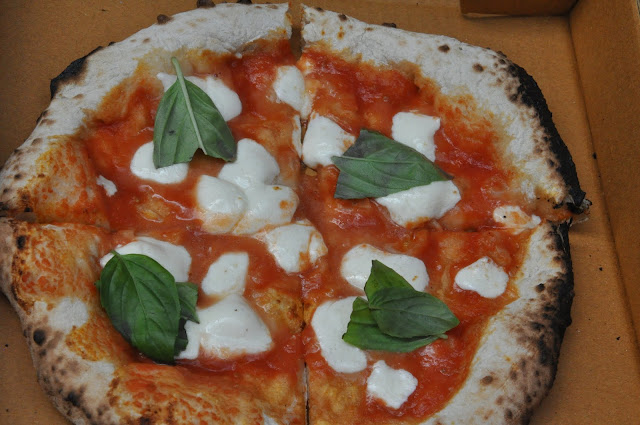 On the Town Food Tours can introduce you to Haddonfield's great food scene, as you stroll through the town's colonial streets and learning about its history. Our first stop was the farmers market, which takes place at Kings Court Saturdays, mid-May to mid-October and delicious Mexican street corn, before we visited Pizza Crime, for 90-second pizza! 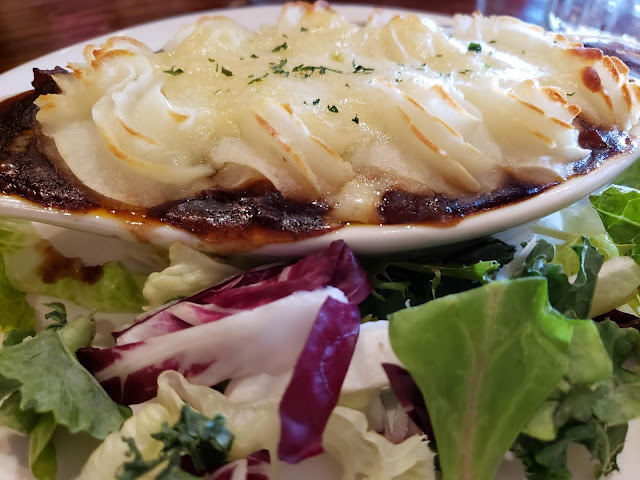 After the farmer's market, we headed for traditional British comfort food -- cottage pie -- at The British Chip Shop. Stuffed with Angus beef, carrots, onions and celery topped with a cheesy mashed potatoes, it was so delicious that even though I knew we should pace ourselves, and only eat a bite or two, I gobbled up the whole delicious dish. At the British Chip Shop, you can find British pub standards such as fish and chips, but you'll also find dishes such as coronation chicken salad and tikki masala. 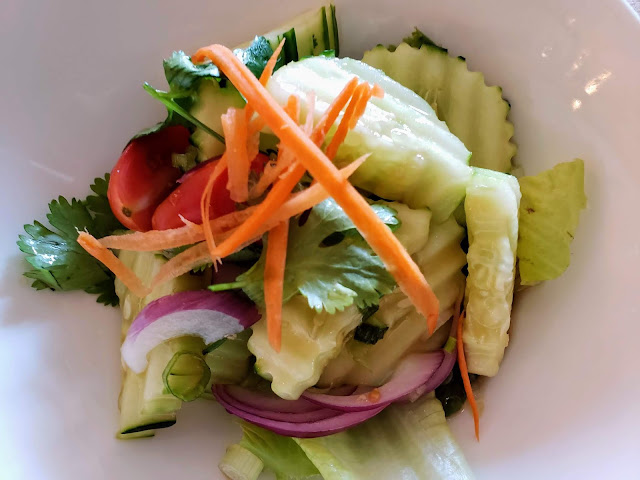 Next we headed to the elegant Sanook Thai Cuisine for a taste of tom kha gai, a creamy coconut soup featuring lemongrass, chicken and mushrooms. The soup was delicious, and it was paired with a cucumber salad, refreshing and light with sliced cucumbers, red onion, and red bell pepper tossed in a chili lime herb dressing. 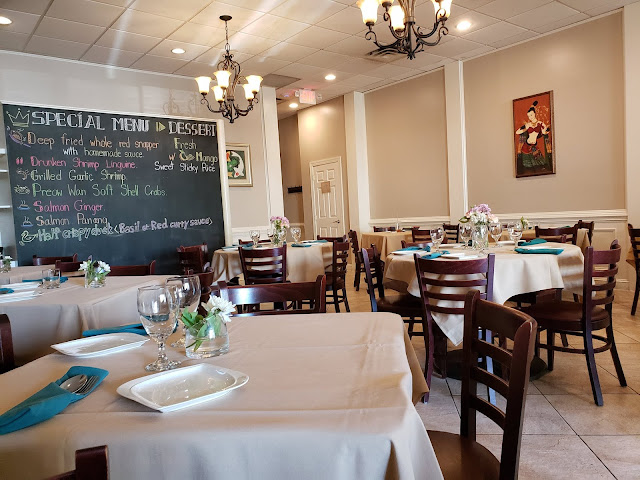 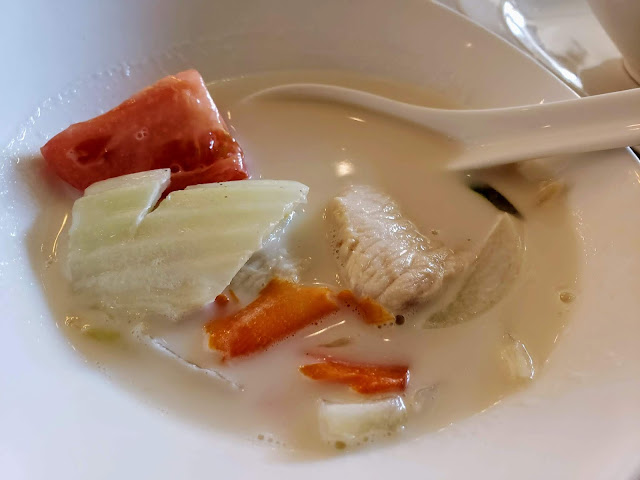 The Bistro at Haddonfield

A few doors away from Sanook is The Bistro, which specializes in Greek cuisine. Even mid-afternoon, The Bistro was busy! They served us a full taste of the Mediterranean plate, with roasted garlic hummus, tzatziki (garlic cucumber dip), ktipti (spicy feta dip), garnished with Kalamata olives, roasted red peppers and cucumbers, with toasted pita wedges to help carry the delicious dips to your mouth. 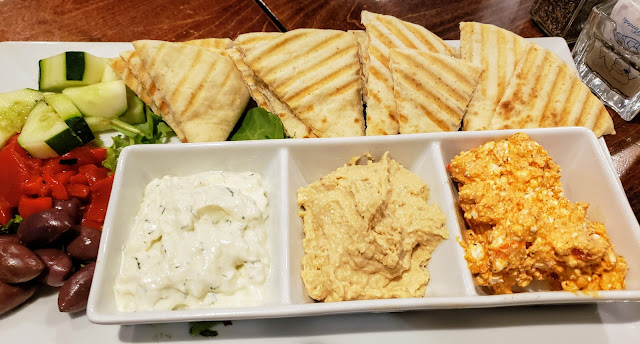 Then out came the plate of falafel sandwiches -- so good, I could have finished the entire plate! But then they surprised us with a delightful watermelon salad, with mouth-watering chunks of fresh local watermelon, arugula, candied walnuts, and feta cheese, topped with a light honey drizzle, one of the restaurant's seasonal specialties. 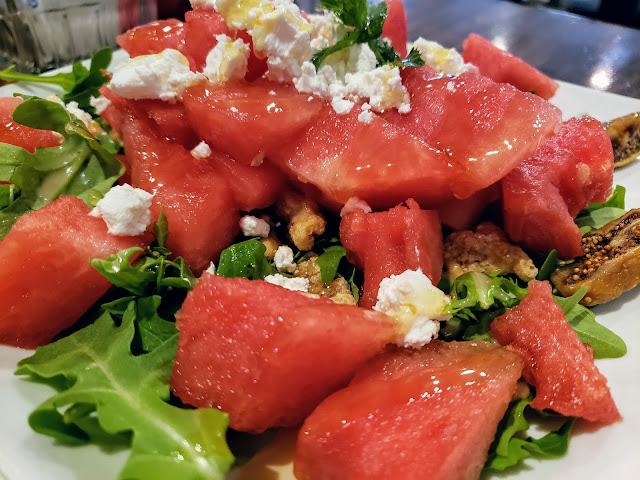 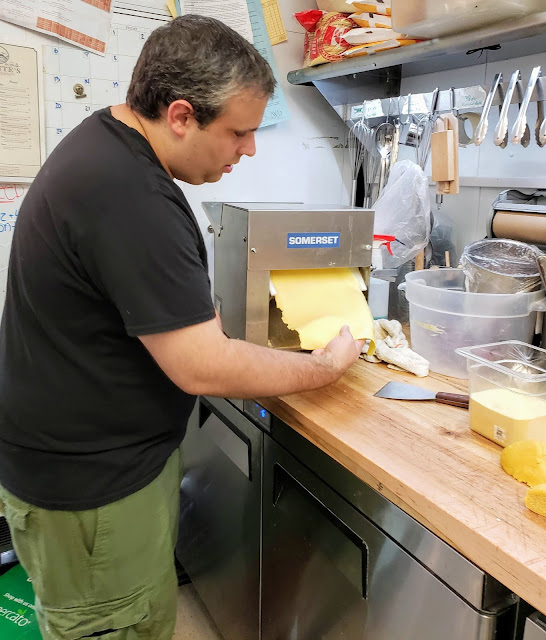 Finally we headed back to Kings Court. The farmers market was all packed up, but the shops and restaurants lining the plaza remain. We headed for Valente's Italian Specialties, where we learned to make fresh spaghetti and enjoyed it moments later with a simple marinara sauce, sprinkled with aged Parmesan cheese. Valente's offers fine fresh pasta, sauces, and cheeses, as well as other Italian specialties. 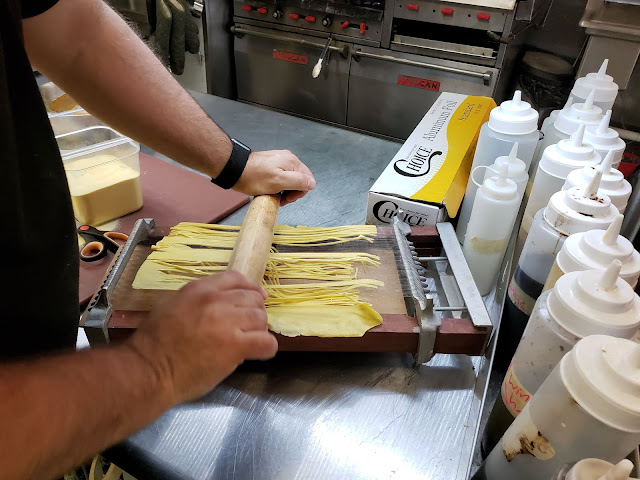 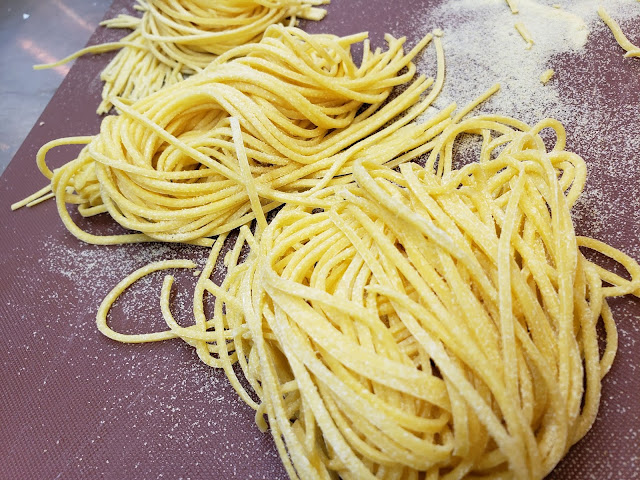 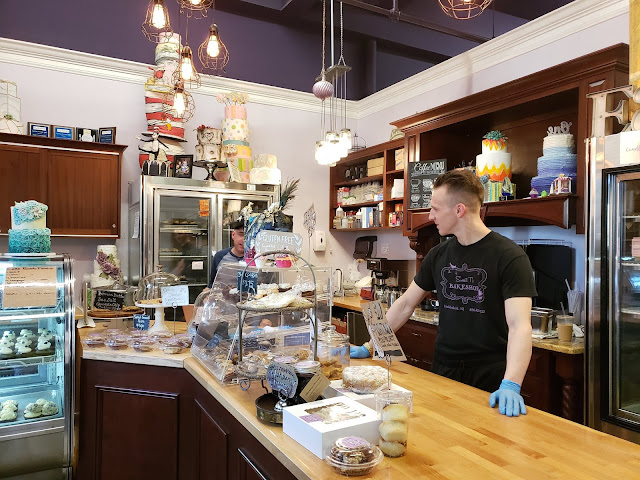 The tour ended near where it began, at Sweet T's Bakery, with a taste of two cake pops. Magnificent cakes were on display, creatively and extravagantly decorated. Sweet T's specializes in all baked goods including cupcakes, cookies, cake pops, birthday, wedding and specialty cakes. 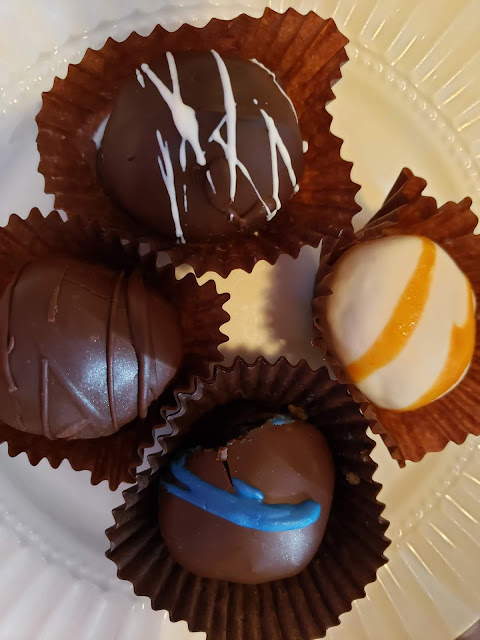 If these restaurants don't intrigue you, check out On the Town Food Tours other locations -- owner Audrey Wiggins also offers restaurant tours in Mount Holly, Collingswood, Atlantic City, and Bordentown, as well as Haddonfield, all led by guides who know the restaurants and restaurant owners and chefs, as well as the food industry.

Getting there and hours: The meeting places for the tours vary. Please check the website below for tour locations and times.