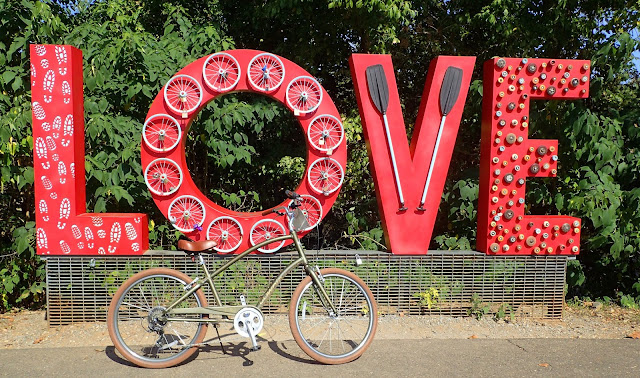 Lynchburg offers more than 40 miles of bike and walking trails. which visit various parts of the town's historic neighborhoods and parks. 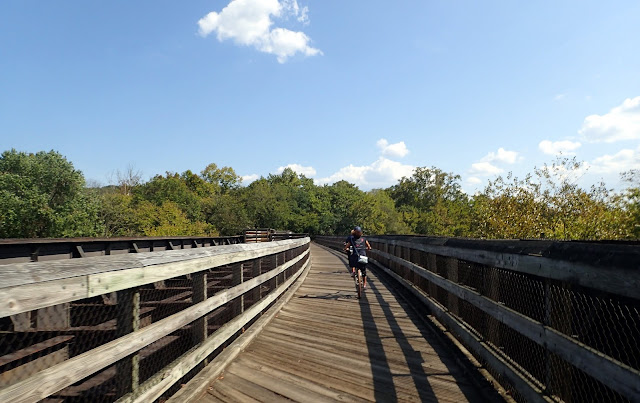 We didn't have our bikes on this ride -- the first day of a seven-day whirl-wind of daytrips, so we rented bikes  -- very comfortable Townies -- at Bikes Unlimited, before heading off to ride a few miles and check out the Percival Island Natural Area and the Percival Island Rail Trail. This flat, handicapped accessible, paved trail is popular with hikers, bikers, and runners all year long.

After setting off from the LOVE sign along Concord Street, where there's ample parking, the multi-use trail crossed over the river on the original train bridge onto Percival’s Island, a beautiful natural area. 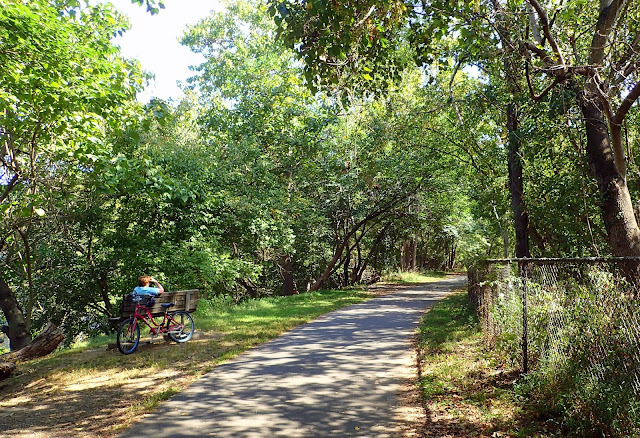 The island is approximately one and one-half miles long, and is covered with trees except for the paved rail trail path. You can't tell now, but the island used to be covered with track and various railroad work buildings, including train sheds and railroad worker housing, and completely bald of trees. 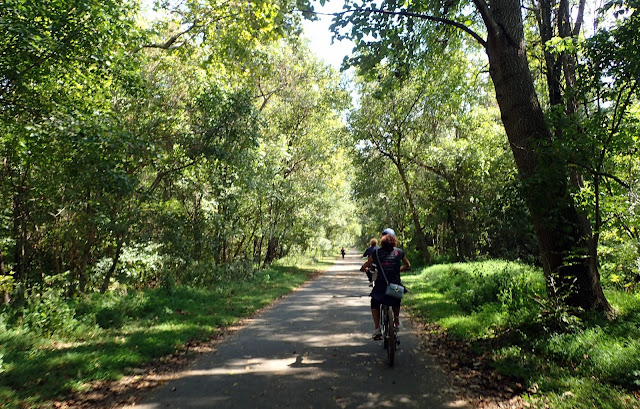 In 1854, Percival’s Island on the James River became terminus of the South Side Rail Road, and shortly afterward, the Virginia & Tennessee Railroad connected to the railroad. By the late 1800s, these railroads and others merged to form the Norfolk and Western Railway, which used the island as a yard well into the mid-1900s. All N&W passenger trains through Lynchburg once traveled across the island, through the mid-1960s. 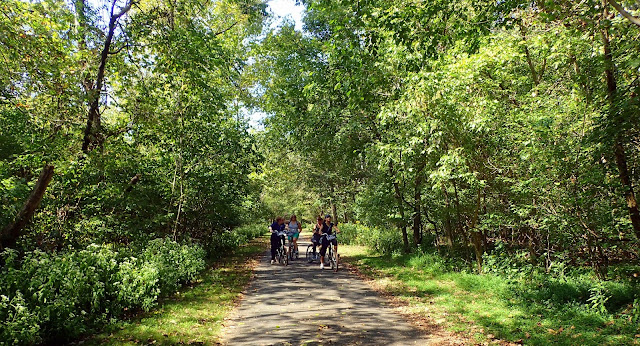 In the 1970s, Percival's Island was abandoned by the railroad, and most of the work buildings razed. The island, left deserted, was a place for urban explorers and vandals. 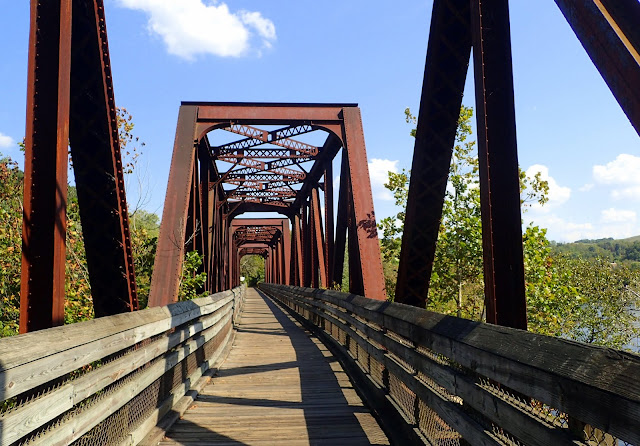 In 1994, Lynchburg gained control of Percival’s Island from Norfolk Southern railroad in 1998, the island opened as the city’s newest park and trail. Where the rails once ran, there's now a paved bicycle and walking path. Wooden walkways/bikeways ensure a smooth ride on each of the old bridges.

The trail extends to Amherst County, and cyclists can continue along the trail before returning back to Lynchburg across the James. Although we didn't encounter any wildlife, if you head out early in the morning or around dusk, you're likely to spot wildlife along the trail, which is nearly entirely shade. 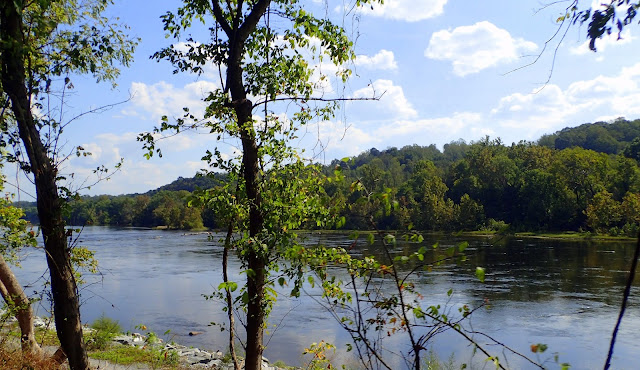 Occasionally you can see concrete blocks and some concrete structural ruins in the woods, marking the location of a long disappeared work building. Through the trees, you can catch glimpses of the James River running alongside the trail. 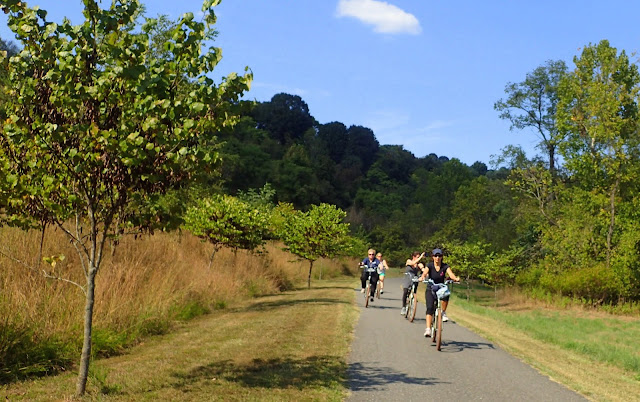 Percival's Island Trail is just one segment of the 40-plus miles of trails in and around Lynchburg, which are a segment of the overall James River Heritage Trail, a developing network of trails that follows the river from the foothills of the Allegheny Mountains to the Chesapeake Bay. Trail segments follow the old Kanawha Canal towpath, park trails, scenic riverside roadways and urban riverfront trails. 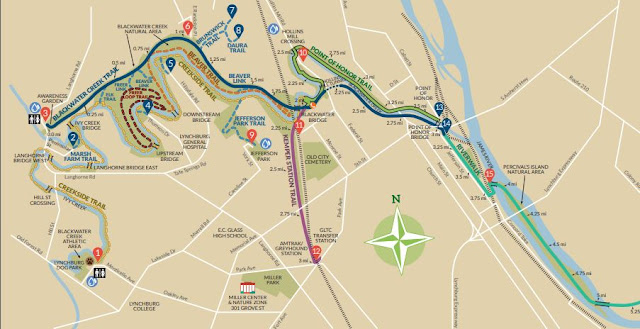 Know before you go: Check out the trail map to find convenient parking and to pre-plan your route here. 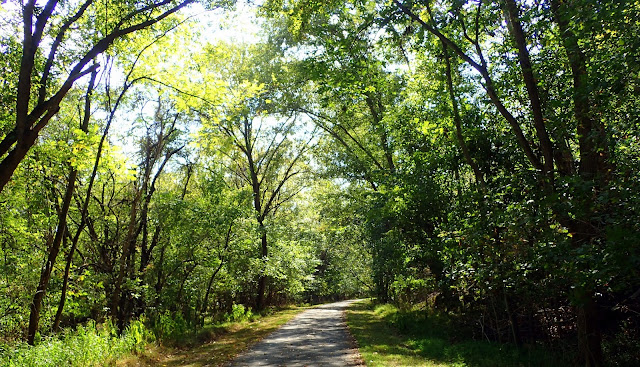 Getting there: Check the trail map to find a convenient access point. We accessed the trail at 1530 Concord Turnpike, Lynchburg, VA 24504. 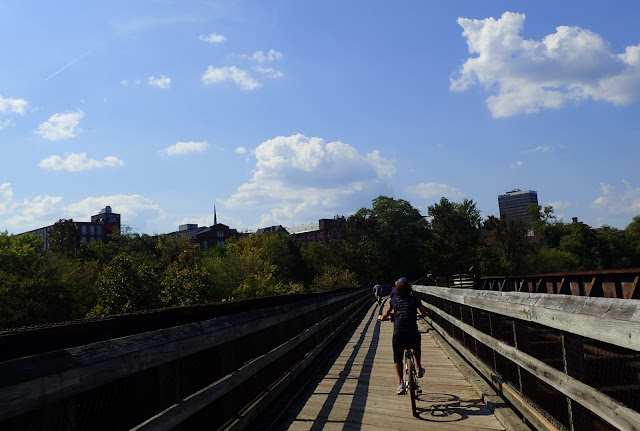