Learn about Baltmore's Industrial Past at the Baltimore Museum of Industry 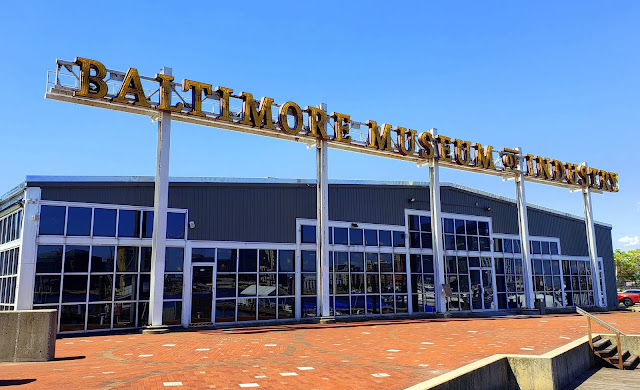 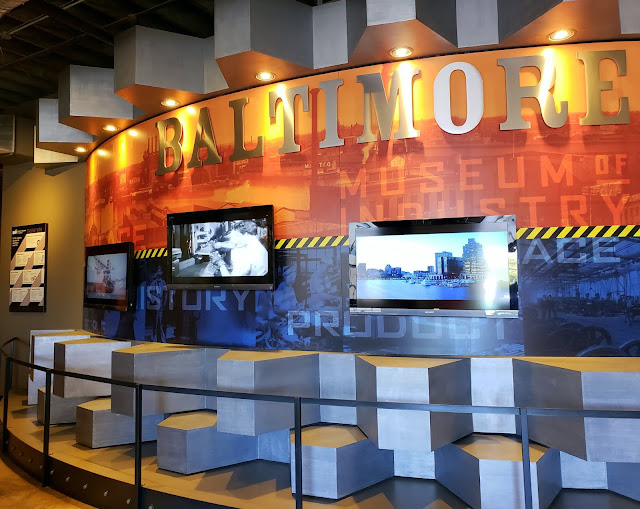 Think straw hats and umbrellas. And boots, space capsules, and schooners. And Linotype machines. And cigars, seaplanes, and refined sugar. And radios and sail cloth and toilets.... the list goes on. Baltimore positively hummed with all sorts of factories, now mostly gone (although refined sugar is still there). 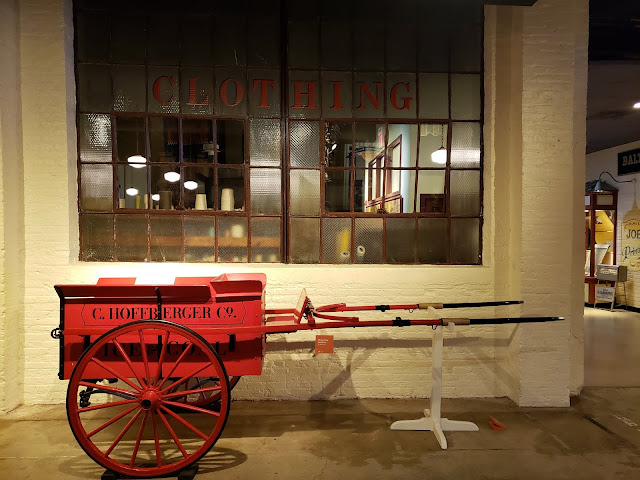 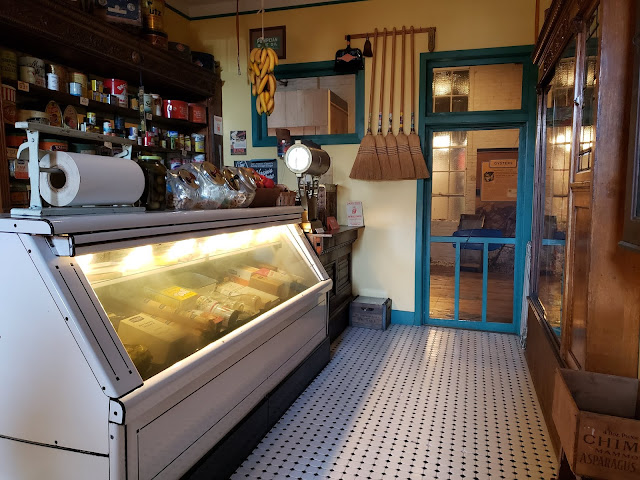 You learn why Baltimore was such an important port and its advantage over rival cities such as Boston and Philadelphia, and why the country's first railroad was in Baltimore and further pushed Baltimore's advantage. 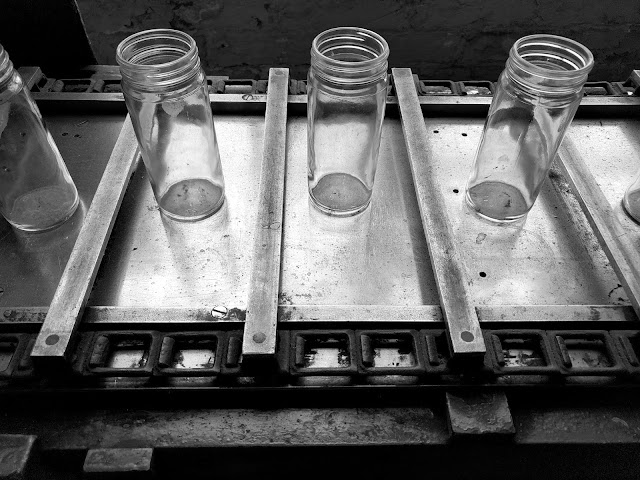 The museum itself is housed in the last remaining oyster canning building. Once more than 100 canneries lined the shores of Baltimore's Inner Harbor (oh, the smell!); now only the Platt & Co. Cannery building remains. 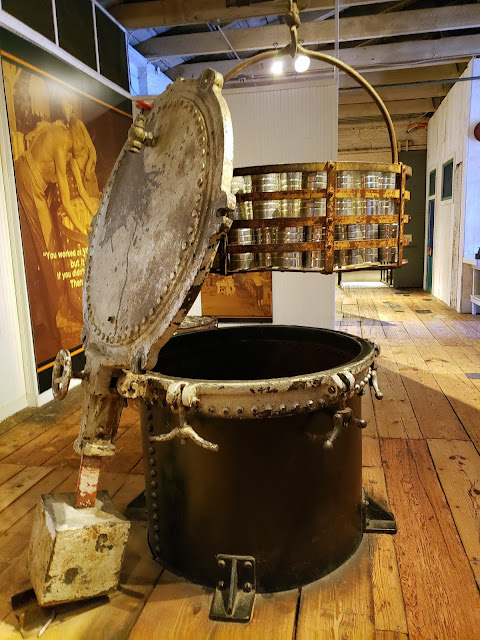 Platt & Co. opened in 1865 and oysters, fruits and vegetables arrived there by boat and by truck. Until the early 1900s, Maryland and the mid-Atlantic was the country's pantry, producing fast, cheap and convenient canned food; in the 1920s, California emerged as an agricultural giant and that all changed. 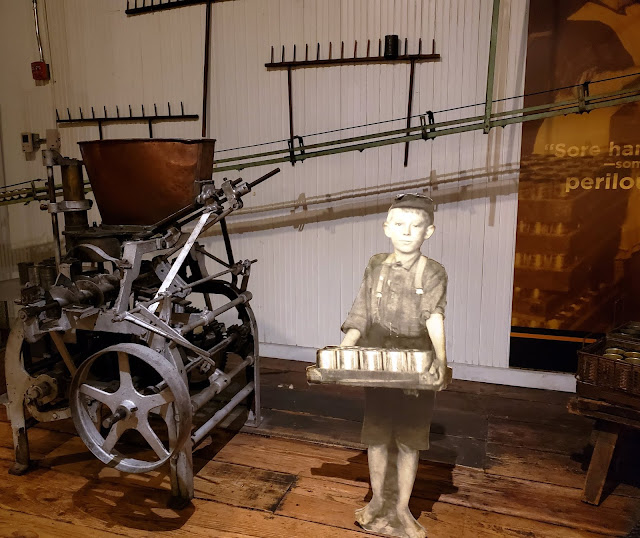 Like many of the other canneries, Platt & Co. employed hundreds of men, women and children. Yes, the museum addresses the issue of child labor and the role children played in the Industrial Age of America. 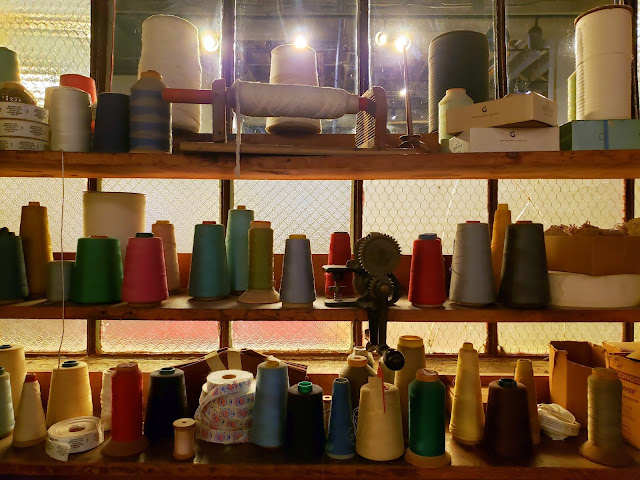 This is fascinating for adults, but this is a great place to bring kids. The museum is colorful with dynamic displays that move you through the 1800s all the way to the 21st century. There are a number of hands on exhibits and the information is presented in a museum's version of tweeting in brief, colorful information-filled exhibits; you can move on before you become bored. Or, you can read all the information. 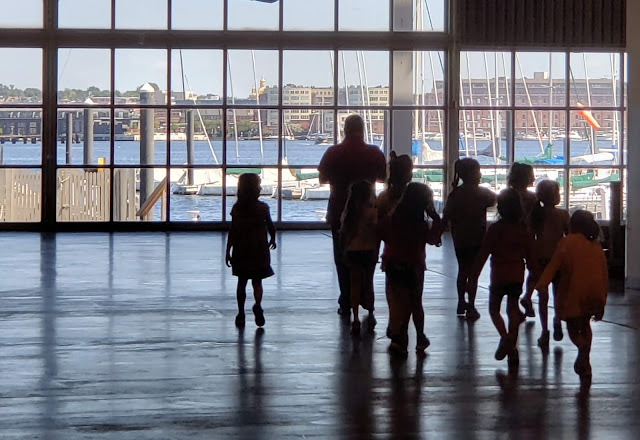 Know before you go: There is free parking on site. The Maryland Science Center is just over a half mile and a 20-minute walk away, and the American Visionary Art Museum is even closer -- either or both make a good pairing with the BMI. 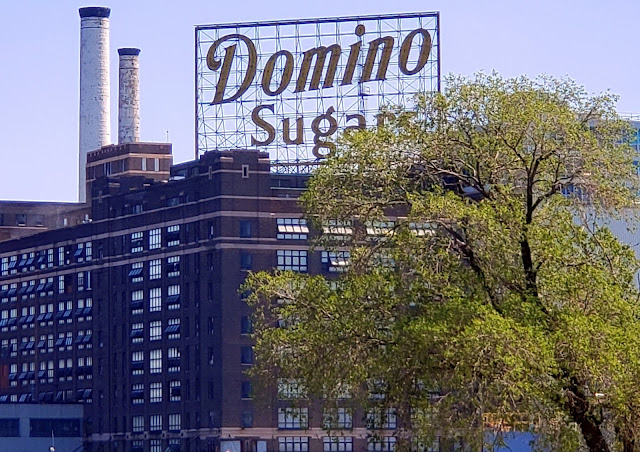 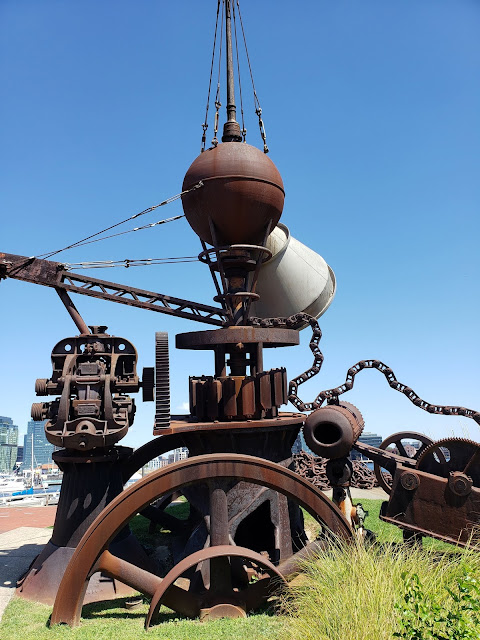