Why the Walters Art Museum Is Best Visited in Sneakers

The Walters Art Museum -- usually just referred to as "The Walters" -- is a public art museum in Baltimore founded and opened in 1934. Its collections were gathered in the mid-1800s and include masterworks of ancient Egypt, Greek sculpture and Roman sarcophagi, medieval ivories, illuminated manuscripts, Renaissance bronzes, Old Master European and 19th-century paintings, Chinese cermanics and bronzes, Art Deco jewelry, and artworks from ancient Near East, Mesopotamia, and ancient Middle East. 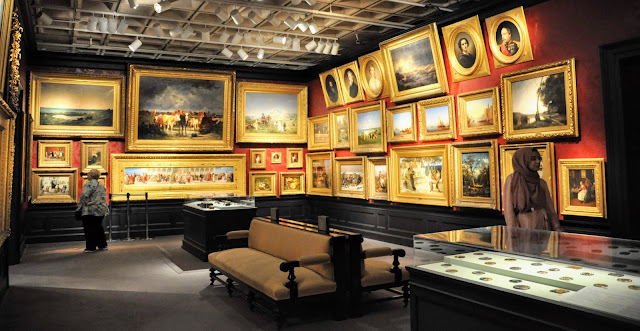 We can thank William and Henry Walters and a fortune amassed from whiskey-making for this wonderful resource. In fact, the Walters' story is told as a journey from "Rye to Raphael."

William and Henry Walters -- father and son -- were major American art and sculpture collectors. William (1819 - 1894) began seriously collecting when he fled Maryland at the outbreak of the Civil War in 1861: he was a Confederate sympathizer and after Maryland remained in the Union, Paris seemed the better option. His son Henry (1848 - 1931) refined the collection. 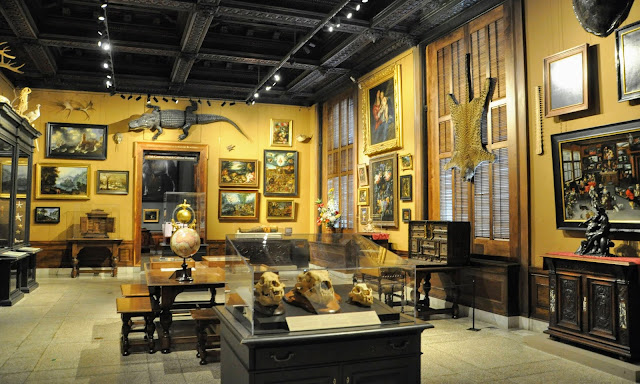 After years of allowing the Baltimore public to occasionally view his father's and his growing collections at his West Mount Vernon Place townhouse (really, a mansion), Henry built an elaborate stone palazzo-styled building to house the collection between 1905 - 1909.

Upon his death in 1931, Henry bequeathed the entire collection of then more than 22,000 objects and works of art, the original Charles Street Gallery building, and his adjacent mansion "for the benefit of the public."

It's an amazing place, and an art museum where you easily could lose yourself for several hours.

But if you can't absorb it all at once, go twice or three times, because going is free. Yup. And you can thank the City of Baltimore and Baltimore County, as well as several foundations, for making it that way. Since October 2006, both the Baltmore Art Museum and the Walters Art Museum have offered free general admission year-round as a result of grants given by Baltimore City, Baltimore County, and other sources.

Know before you go: I always laugh when I see ladies dressed up for an art museum; their feet and ankles must be aching by the 2nd gallery. Go.in.sneakers. Wear old-lady walking shoes. Whatever, but just be comfortable. Then you can focus on the art, on the experience.

Parking: There is a parking lot across the street from the museum at Centre and Cathedral Streets, but that can be expensive. There is also street parking, but that is hit or miss.