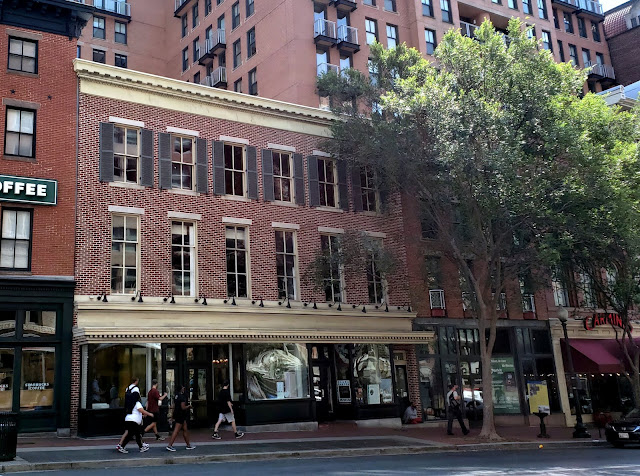 The Clara Barton Missing Soldier Office Museum all started with a ghostly tap on the shoulder in 1996.

Clara Barton was an amazing woman, and the more I learn about her, the more impressed I am. She is most well known for founding the America Red Cross, but she devoted most of her adult life to public and humanitarian service. Her journey to that point had its origins in the Civil War.

Although from a child, Clara Barton, born in 1821, was always inclined to help nurse sick family members or help however she could around her family home, her story begins on a national level in 1855, when she moved to Washington after being removed from a principal position because she was a woman.

She obtained a position as a clerk in the US Patent Office, the first time a woman had received a substantial clerkship in the Federal government and at a salary equal to a man's salary. The male clerks in her office actively harassed and slandered her. Under the administration of President Jame Buchanan, who opposed women working in government offices, her position was reduced from clerk to copyist, and in 1856, she was fired. When Abraham Lincoln became President, she returned to the patent office in the autumn of 1861 as temporary copyist, hoping she could lead the way for more women in government service. 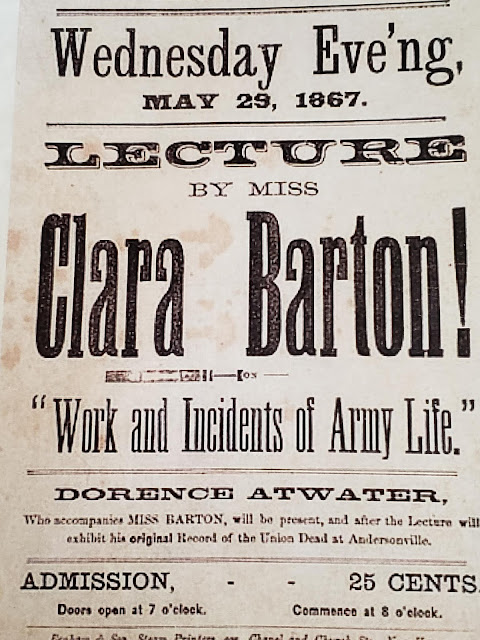 Her Civil War efforts started in on April 19, 1861, when she went to Baltimore after the riots against the Union soldiers (Baltimore being a southern, pro-slavery town at the time). The troops injured in those riots were from her home, and she began nursing and caring for them by providing clothing, food, and supplies. She also learned how to store and distribute medical supplies and offered emotional support to the soldiers by keeping their spirits high. She read books to them, wrote letters to their families, and talked to them. Soon, she became known as the Angel of the Battlefield. Frequently written about in newspapers across the country, Barton became a well-known figure to Americans.

After the Civil War, she discovered that thousands of letters from distraught relatives to the War Department went unanswered because the soldiers they were questioning about were labeled "missing". Motivated to do more about the situation, Barton contacted President Lincoln requesting to be allowed to respond officially to these unanswered inquiries. She received permission, and established the Office of Missing Soldiers in 3rd floor rooms in a boarding house on Seventh Street Northwest, Washington DC.

Leveraging her fame, between 1865 and 1868, Barton and her staff wrote 41,855 replies to inquiries and helped locate more than 22 thousand missing men, many of them buried in unmarked graves. She spent the summer of 1865 helping find, identify, and properly bury 13,000 individuals who died in Andersonville prison camp, a Confederate prisoner-of-war camp in Georgia.


Exhausted and having done what she could, she closed shop in 1868, packed up her things -- some 29 boxes of letters, socks and other goods she'd collected for soldiers on the battlefield and other items -- and shoved them up in the attic above the rooms in the boarding house on Seventh Street.

And there they were forgotten. Barton soon sailed for a "vacation" in Europe that led her to founding the American Red Cross. And although she returned to the area and even built a home in Glen Echo MD, she never retrieved those boxes. 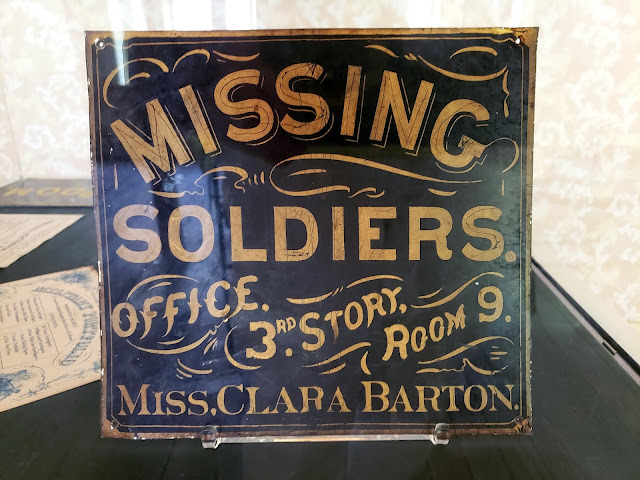 The building eventually housed a shoe store, which used the upper stories as a warehouse and storage. The rooms were untouched after 1911, and eventually deteriorated and was abandoned. 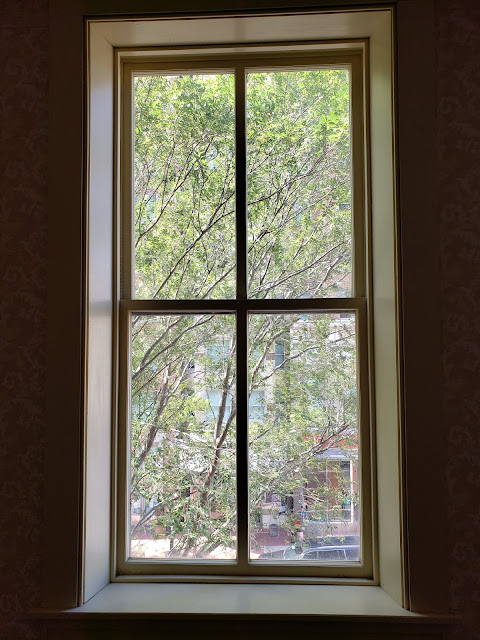 Richard Lyons, a GSA worker, was inspecting a decrepit building on Seventh Street slated to be demolished. He looked out the third floor window, and noticed a traffic accident. In the late afternoon in late November, dusk was coming fast, and the building was already dark. 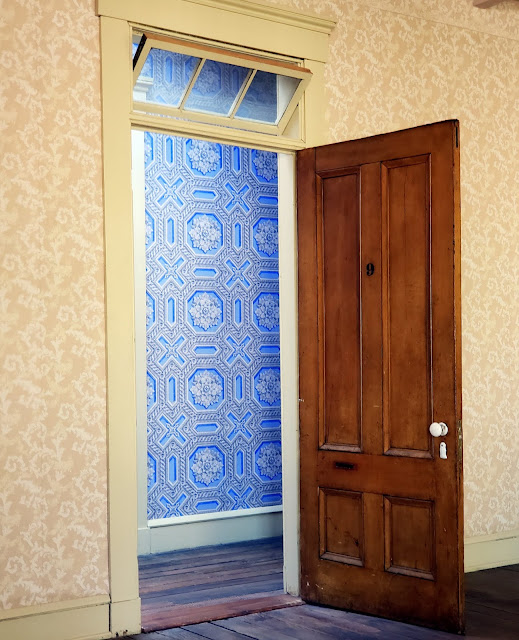 It was then he felt the tap on his shoulder. He pulled out his flashlight and shone it around the room -- number 11, the furthest one away from the narrow stairs. He saw no one. He shrugged off his fear, and continued scanning the room. The light from the flashlight flickered over a paper caught in the ceiling, which turned out to be an crawl space into an attic. 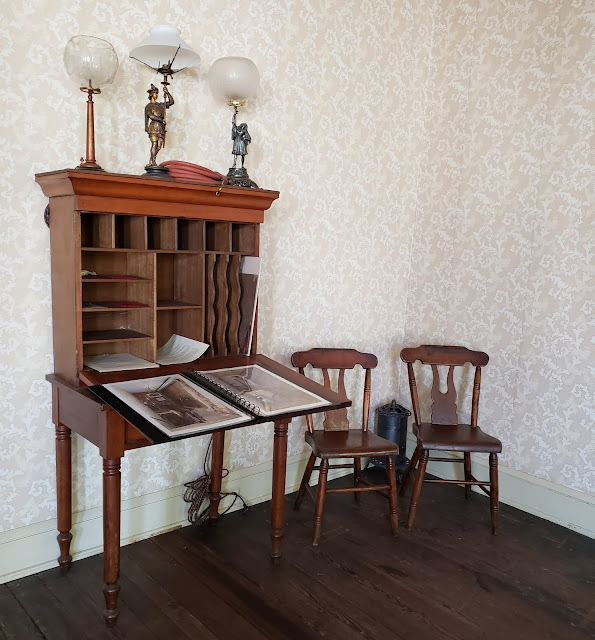 He grabbed a ladder that he'd seen and crawled up. He saw boxes and boxes of stuff. Most importantly, he saw a faded, dusty tin sign: Missing Soldiers. Office/ 3rd. Story. Room 9. Miss Clara Barton. And he knew he'd just stumbled on something important.

He knew the building must be saved. And he worked to do so and it was. Today, the National Museum of Civil War Medicine operates the DC building’s first and third floor as a museum and monument to the achievements, heroism, and willpower of Clara Barton. 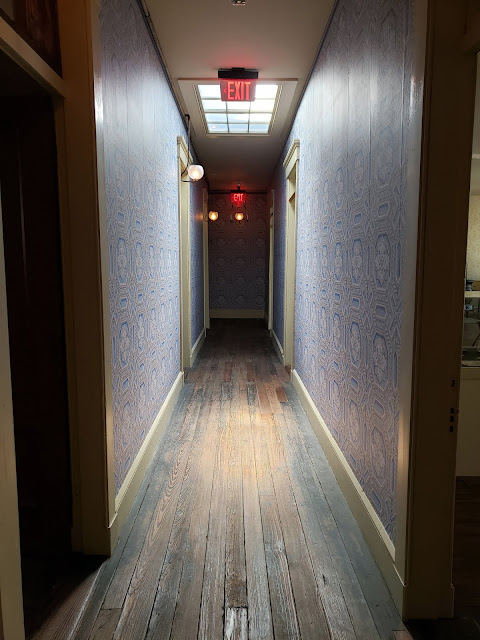 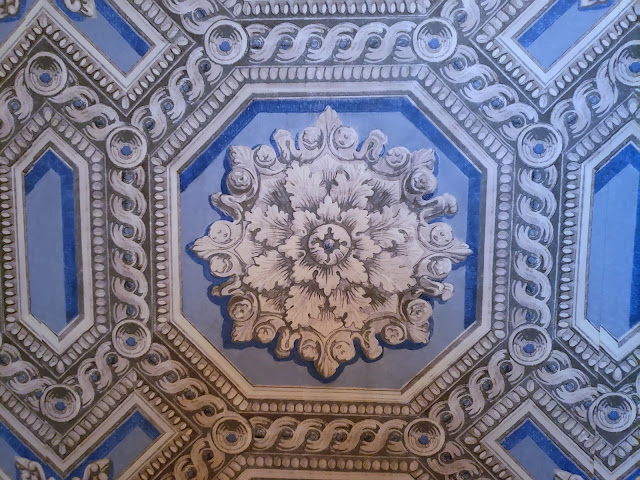