Travel the World with Live Cams -- When You Can't Go Yourself

Daytripping in a time of social distancing might be best done virtually.

That doesn't mean you can't explore this great world. It just means that for a few weeks (or months), you should consider exploring it through your computer. 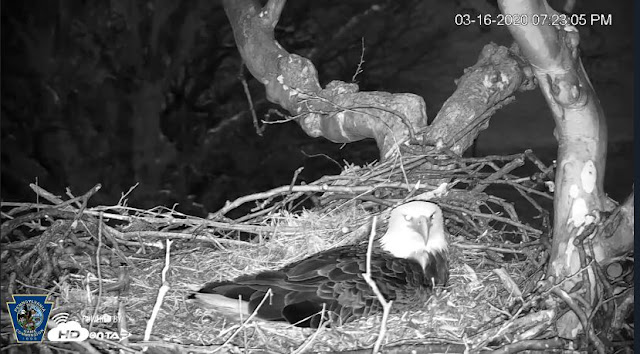 Technology allows us to visit museums, see performances online, and peak into the private world of animals or enjoy views of public spaces without leaving our homes. And I'll be exploring these options over the next few weeks.

But I have to admit, live cams are my favorite! Below are some of my go-to live cams. It's oddly satisfying.

There is nothing more relaxing than watching fish swim in the Pacific Coastal Reef. Seek inner peace with this mesmerizing live cam of jellyfish from the National Aquarium in Baltimore.

Want a little more edge? Try the live cam of Blacktip Reef to see the aquarium's blacktip sharks in their element, but keep an eye out for a graceful sea turtle that occasionally swims into view. Points for all the fish you can name! 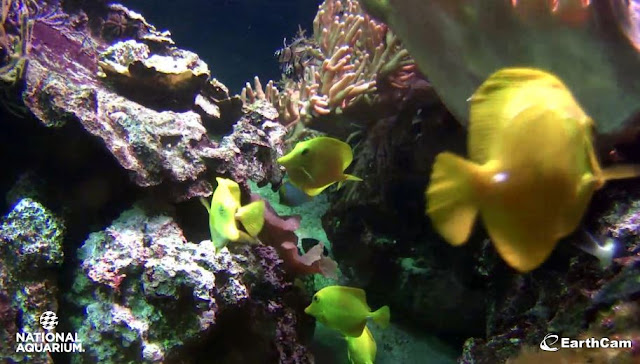 For most of us, it's difficult to see native wildlife -- in the wild. But a growing number of wildlife cameras allow us to peek into the lives of birds native to the mid-Atlantic region, such as eagles, osprey, falcons, and great blue heron.

Eagles, eagles eagles! So many live cams of eagles! Check out this live webcam which gives you the unique opportunity to peek inside an eagle's nest in Hanover PA. 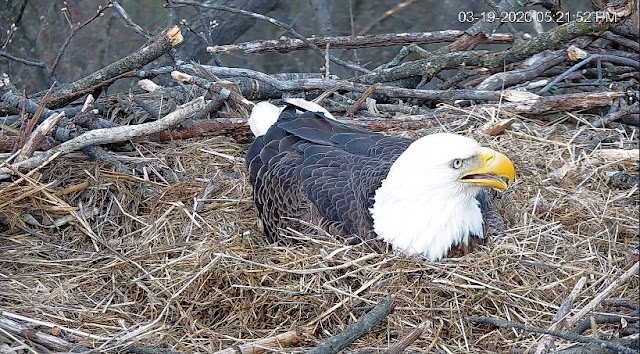 For the record, the eagle-cam for the U.S. National Arboretum pair of eagles is not functioning this year, unfortunately.

For other birds, check out the waterfowl cam, also at the Blackwater NWR. This one can be really noisy, and made my coonhound barooooo. 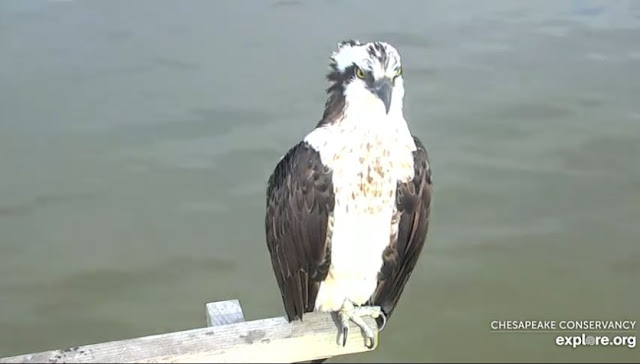 Osprey are a popular bird for live cams, and there are several well known osprey live cams in the mid-Atlantic. These migratory birds begin to arrive in early March and remain through the spring and summer.

Since 2009, the Chesapeake Conservancy streams live video of the nesting platform, where two well known osprey nest on Kent Island. Although “Tom” and “Audrey” haven't arrived yet (as of 17 March), they're expected by the end of March.

There's also the Chesapeake Bay osprey live cam, which will go live again once those osprey return, probably also within the next few weeks. You can check it out at . 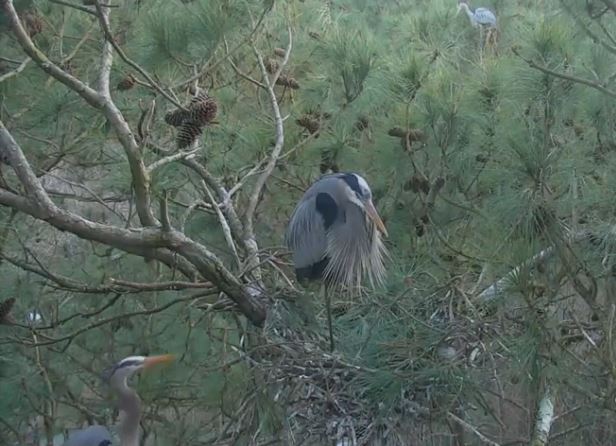 But the heron are in their nesting colonies -- called rookeries -- already, and there's a live cam in the lob lollie pine trees. Heron are my favorite birds, and I've enjoyed watching this in the early evenings.

You can also watch peregrine falcons nesting in a skyscraper in Baltimore.

Zoo cams are some of the best, especially for non-native animals. Two zoo standouts are the National Zoo in Washington DC, and the Maryland Zoo in Baltimore, of course. But there's also the San Diego Zoo. 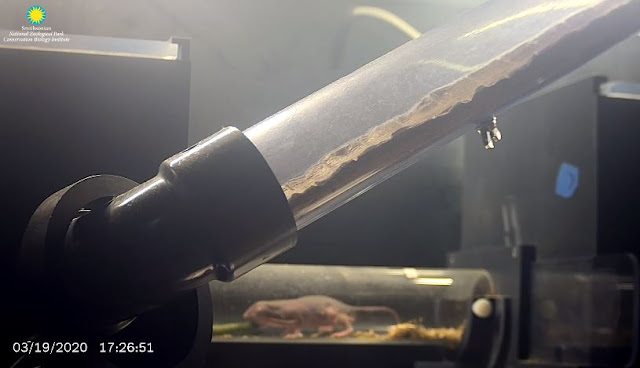 The naked mole rats can be fascinating but so can the pandas on the panda cam, and you can't beat them for cuteness. On the fiercer side, you can also watch the lions on the aptly named lion cam.

The Maryland Zoo offers live cams for penguins (note that feeding times are 1030 and 1530), giraffes, flamingos and, uh... goats. I'm kinda fascinated with the goats. 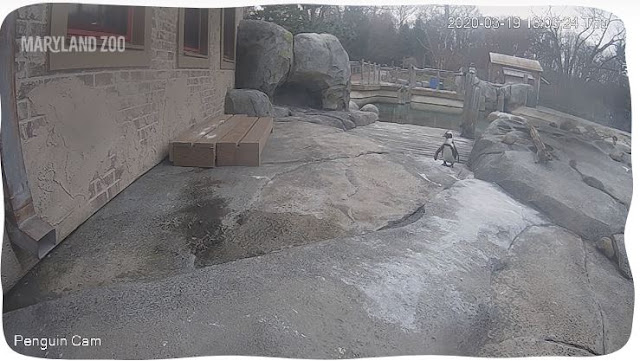 Further afield, the San Diego Zoo offers not one, not two, but eleven different live cams. Want to check out the elephants?

Or for diversity, take a peek at the really adorable burrowing owls (and who knew there is such a thing as a borrowing owl?). Now you do, and now you can watch them! 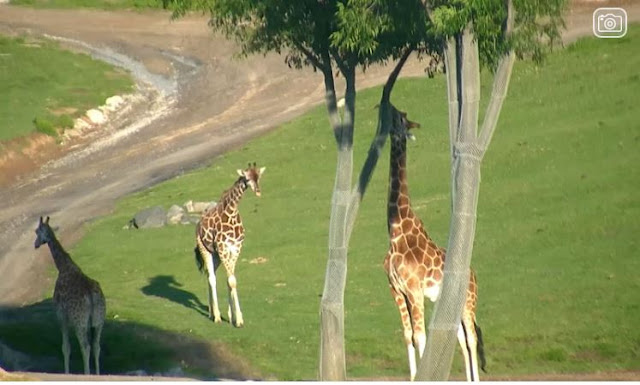 There are also koalas, tigers, and condors, oh my! And many others! Want to enjoy the waves? The live cam at Cape Hatteras Light House puts you right on the surf. If actually seeing the light house is more your thing, here's the New Dungeness Lighthouse in Washington State. It doesn't change much, other than the weather. 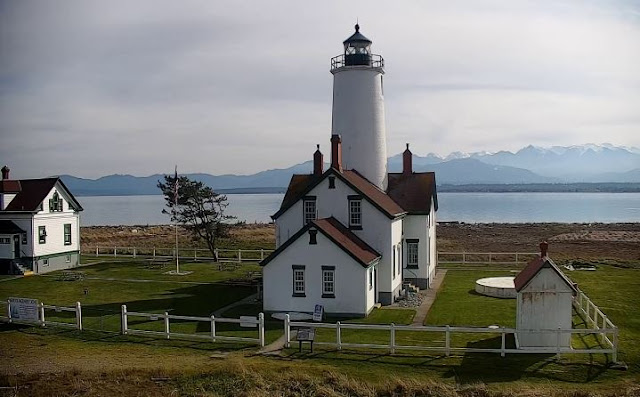