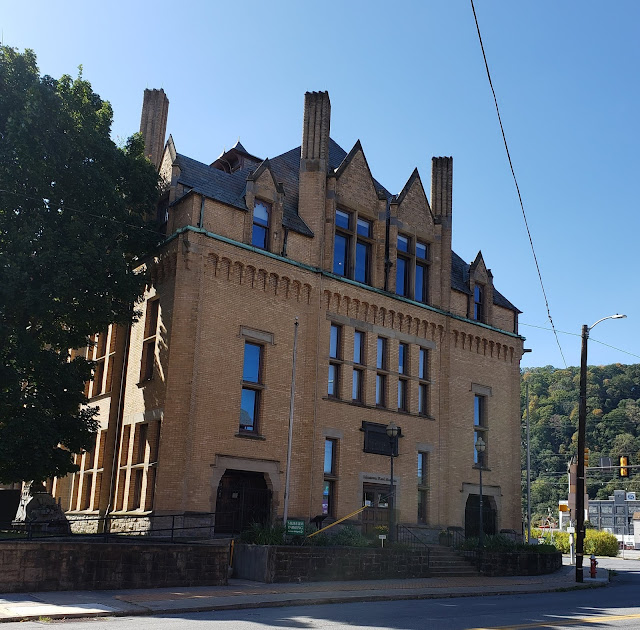 Johnstown PA was a bustling city in the late 1800s, nestled in the Laurel Mountains, with a population higher than it enjoys today. By 1860, the Cambria Iron Company of Johnstown was the leading steel producer in the United States, outproducing steel plants in Pittsburgh and Cleveland. Through the latter half of the 19th century, Johnstown made much of the nation's barbed wire, prospering from skyrocketing demand in the western United States for barbed wire. A variety of immigrants - primarily German, Irish, Italian, Slovak, English, and Polish -- were drawn to the town by the promise of jobs in the steel plants.

On May 30, 1889, it became the scene of a terrible disaster. Although the Johnstown Flood occurred more than 130 years ago, one of the worst natural or man-made disasters in American history, it's implications are still relevant today.

The causes, boiled down, include man's greed and a sloppy disregard for the environment.

About 14 miles north of Johnstown, a dam was carelessly repaired below even the recommended standards of that time to provide an inexpensive summer retreat, (the South Fork Fishing and Hunting Club) for Pittsburgh's wealthy elite. That and narrowed river bed channels through and below Johnstown led to the devastating events. The disaster also brings into focus the age-old conflict and disparity between the lives and life-styles of the very wealthy and the working class. 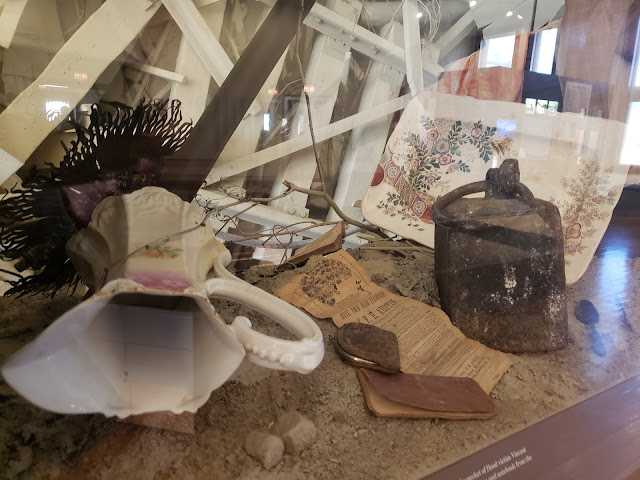 In Johnstown's case, a dam was carelessly repaired below even the recommended standards of that time to provide an inexpensive summer retreat, (the South Fork Fishing and Hunting Club) for Pittsburgh's wealthy. That and narrowed river bed channels through and below Johnstown led to the devastating events. The disaster also brings into focus the age-old conflict and disparity between the lives and life-styles of the very wealthy and the working class.

In 1889, Johnstown was the center of a group of inter-dependent communities who's primary industry and employer was the Cambria Iron Company. Just over 30 thousand people lived or worked there or in the surrounding communities.

When the waters rushed into Johnstown that Friday, a stone bridge downriver snagged the debris being swept along, essentially creating a dam that covered about 30 acres, and allowing the water to spread through the town. A fire ignited in the debris, and many of the flood victims swept up in the debris  -- at least, those not drowned -- were burned alive.


The statistics are horrifying. Flood lines were 89 feet above normal river level; the initial wave hitting Johnstown was 37 feet tall. Nearly one in ten individuals in the flooded neighborhoods died -- more than 2200 are known to have died, although it's likely there were many more individuals, unknown and unlooked for. Ninety-nine entire families were wiped out. Bodies were still turning up down river until the early 1900s.

The Johnstown Flood Museum, in the historic downtown, documents the conditions that led to the dam's failure that released the waters of the lake formed by South Fork Dam, explores how geography contributed to the problem, and the timeline of events on the day of and the few days after the flood, which killed 2209 individuals, almost all of whom were the working class of Johnstown. The museum, which is run by the Johnstown Area Heritage Association (JAHA), is housed in the former Cambria Public Library Building, does a nice job of explaining the disaster through exhibits and media. There are a few cases with artifacts from the disaster. The museum also covers the flood's aftermath and clean-up efforts, including the nacent American Red Cross's efforts, led by Clara Barton, to help survivors.

Upriver from Johnstown is the Johnstown Flood National Memorial, run by the National Park Service and set on the hillside above the now-disappeared Lake Conemaugh, just above the location of the failed dam, which caused the disaster. Like the other museum, the National Memorial chronicles the events and conditions leading up to the flood, examines its causes, and provides some personal accounts from survivors recounting their experiences of the flood that really help you see the personal impact. 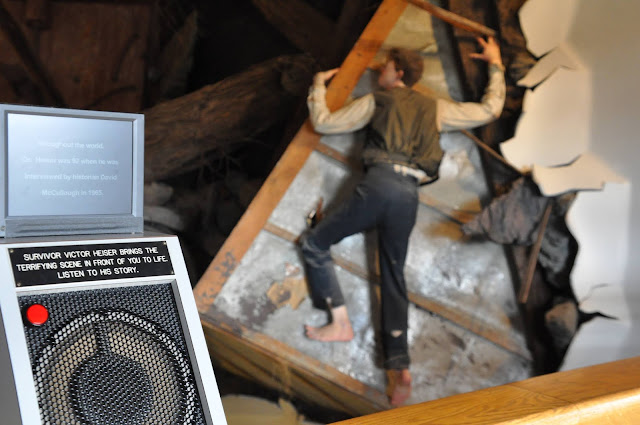 There's a video and exhibits, including artifacts from the flood and from Johnstown around the time of the flood. In addition, you can walk out on top of the failed dam to the breach, which provides some perspective to the volume of water involved. There's also a hike down to the stream that once fed Lake Conomough, which I didn't have time to do because of failing light. 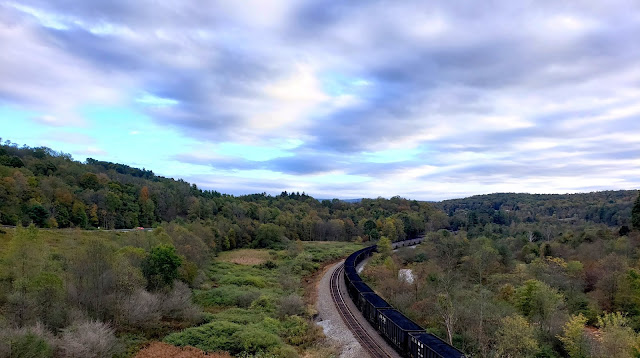 Now a train runs through the land that would once have been underwater. I noticed deer frolicking around the tracks. 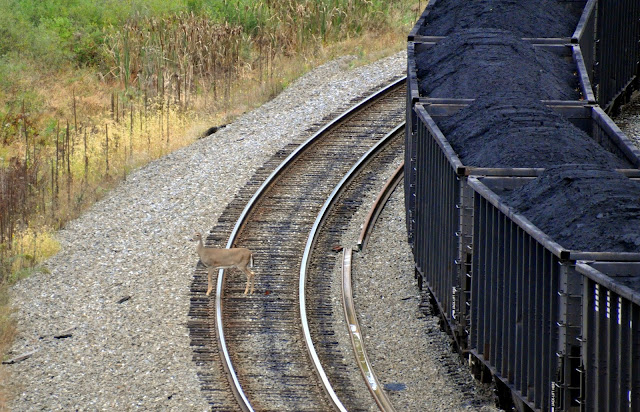 The National Park Service is currently in the process of renovating and restoring the South Fork Clubhouse and has obtained and is renovating several of the Victorian-era summer cottages of Pittsburgh's wealthiest families. Brief tours of the clubhouse are offered during the park service's "Journey Around Lake Conemaugh" van tours offered Fridays, Saturdays, and Sundays from June to September.

Know before you go: There's enough in the Johnstown area, between the Johnstown Flood Museum, the National Memorial, touring the Wagner Ritter House (a working class home dating back to the 1800s) and the Heritage Discovery Center to make a very full day of exploration of the infamous flood and what life was like in the area, before and after 1889. There's also a walking tour around Johnstown highlighting major landmarks. Several places are marked with the height of the flood waters.